Everyone has their dumb moments.

Which is completely fine. Anyone can have a brain fart when they least accept it. And it’s all in good fun. However, for some people it is a permanent thing. Do you know how there is always a stupid character in a movie? Who is so dumb that you think it is highly unrealistic that they can exist in real life?

Well, let me tell you that even those dumb characters are based upon real people. It may sound like I am exaggerating but I have met these kinds of people and from what I can see, they don’t have more than one brain cell. And that is what the following thread is about. It’s about a foolish intern who makes me wonder how he even got the job in the first place.

These instances may sound like they are made up but they are actually very real. 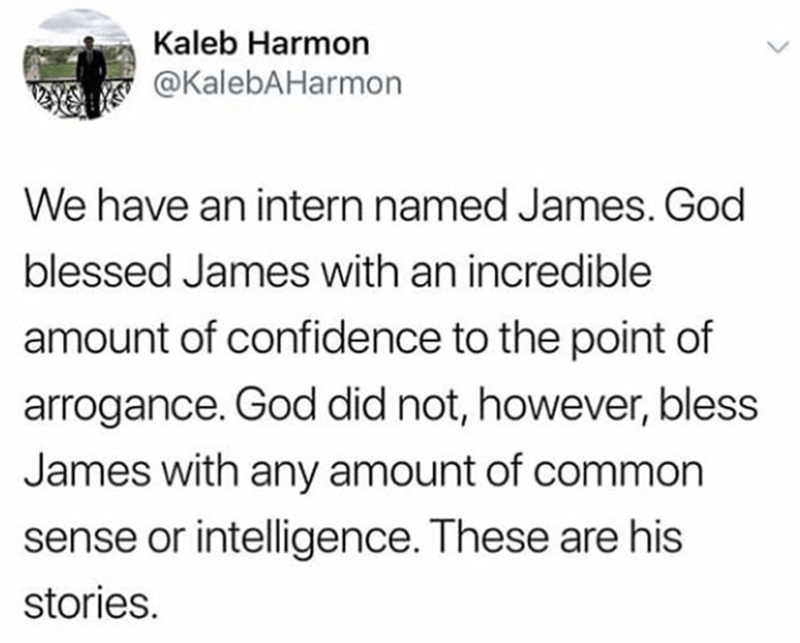 Well, At least he isn’t lacking in self-confidence. 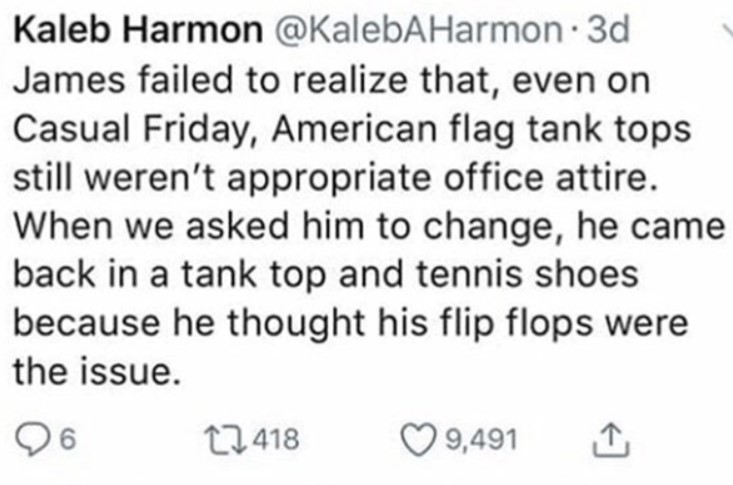 Nobody could be that dumb right? This is where James comes in to prove you wrong.

I honestly have no idea how he got this job in the first place. because while he sounds like a fun guy to hang out with. I don’t think his superiors would be a big fan of him. How he does any work without messing it up is beyond me.

How do you even ‘borrow’ a beer? Just take one sip and spit it back in?

Well, it’s not like they are easy songs to sing.

He could have learned a bit of Spanish, it isn’t that hard.

It’s in the name! How could he not figure that out?

What do you think of James? Do you know a person who is similar to James? If so why not share their stories in the comments below? We promise we won’t tell anyone else.