Especially in the workplace. After all, most of us have had to deal with cliques in high school and the like. So you would think when one gets into the professional life. Things would be different. However, that is not how things work and many work environments are just as toxic as high school. Where people form groups and don’t let the people who are not their friends get ahead of them or even let the individuals who deserve promotions reach it.

These are just a few things many employees have to face. And there is not much they can do about it if the manager or upper management is not on their side. Or is involved in the mentioned cliques themselves. That is exactly what happened to this particular employee. They simply wanted to use their leaves but couldn’t do it for two years because the acting supervisor kept rejecting their applications.

As you can imagine, it didn’t sit well with them and they took the chance of getting back at the Karen manager the moment they got it.

They firstly explain the system of how their shifts work. 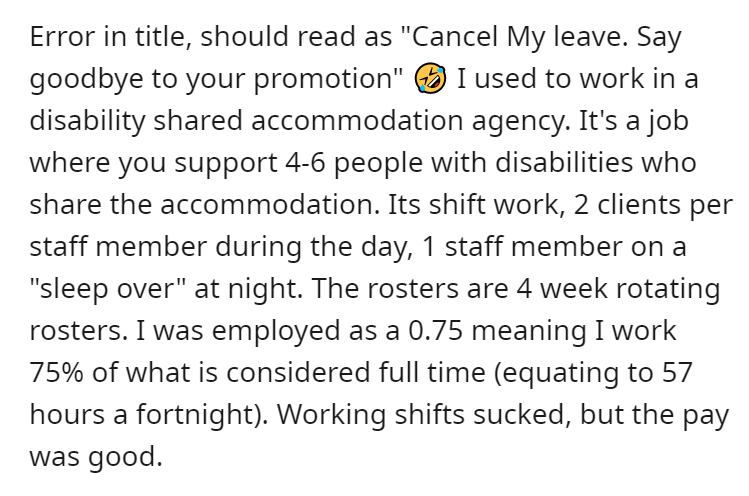 And then go on to tell about how a person has to submit a leave application quite early. 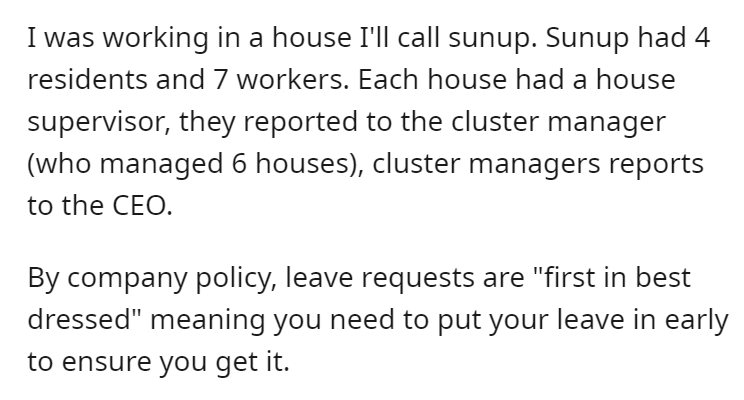 They noticed the clique that had formed between a few staff members but thought it shouldn’t really affect them. 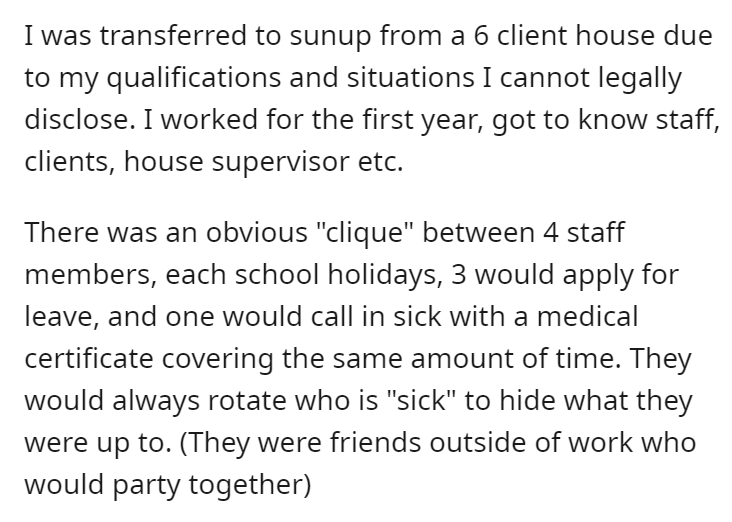 However, it soon became a problem when a member of that group was promoted as an acting supervisor.

She tried her best to give her ‘friends’ all the opportunities and neglected everyone else.

They tried several times but she wasn’t having it.

Because of this, they had an accumulated leave for at least two years.

But that is when a chance was presented to them on a platter.

So they didn’t have any hesitation in forming a plan to get revenge on the Karen. 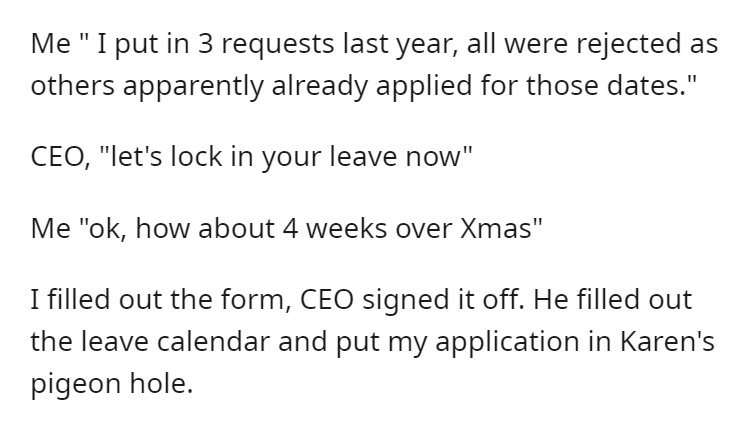 As someone who currently works in pretty much the exact same field, dealing with an all too similar clique, thank you for this. It was refreshing to learn that I’m not alone in dealing with this garbage. –NoxPrime

They purposely didn’t say anything as they already had permission. 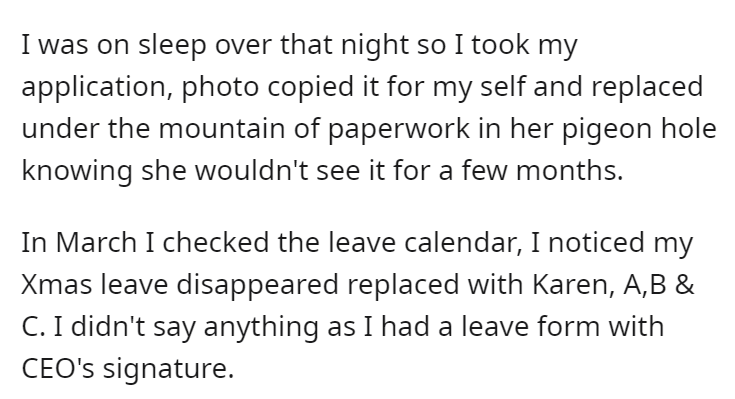 So when the time came, Karen obviously called them back. 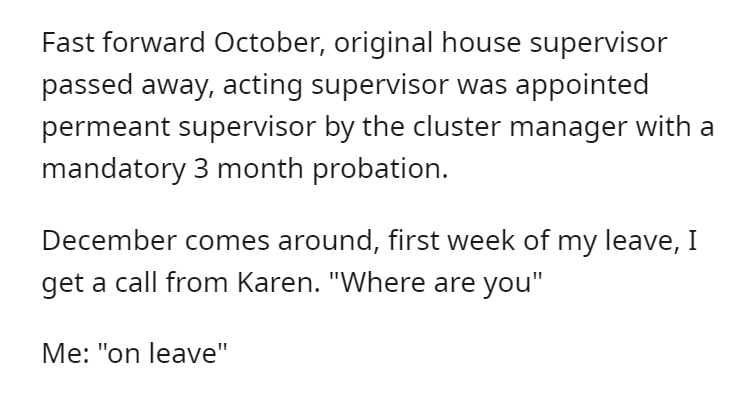 And laid into them for taking leave without her approval. 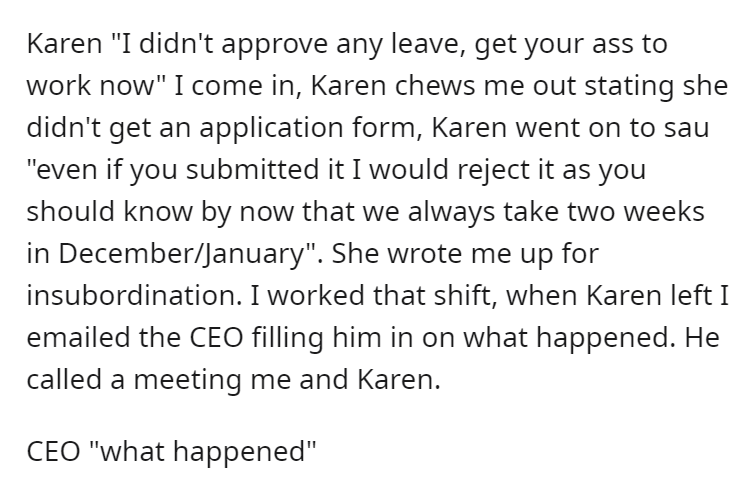 The CEO was obviously taken aback by the whole thing. 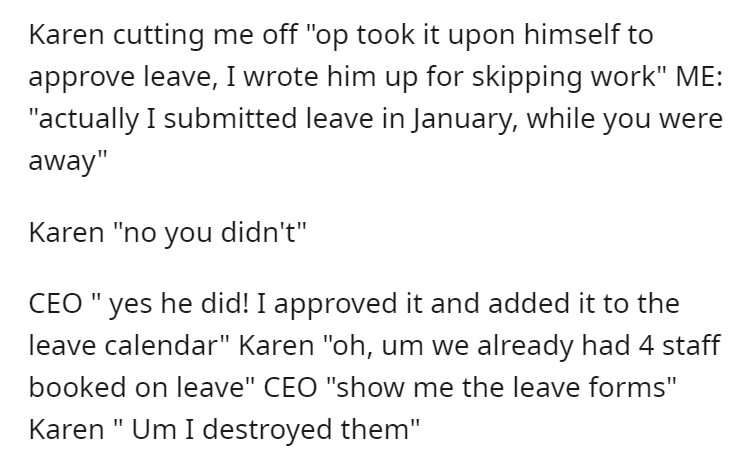 And even gave OP an extra week as compensation for the issues. 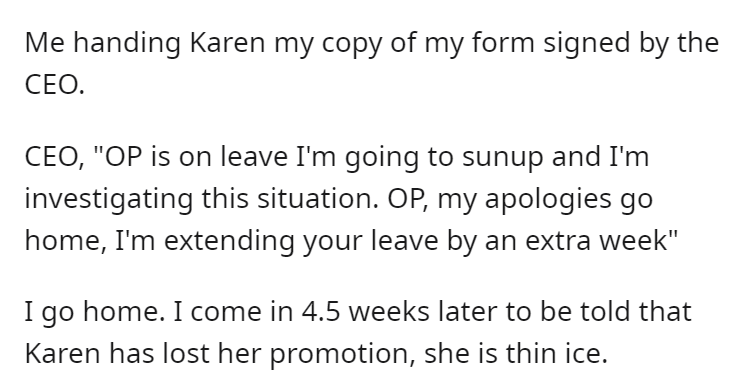 The CEO later found out everything that Karen was doing. 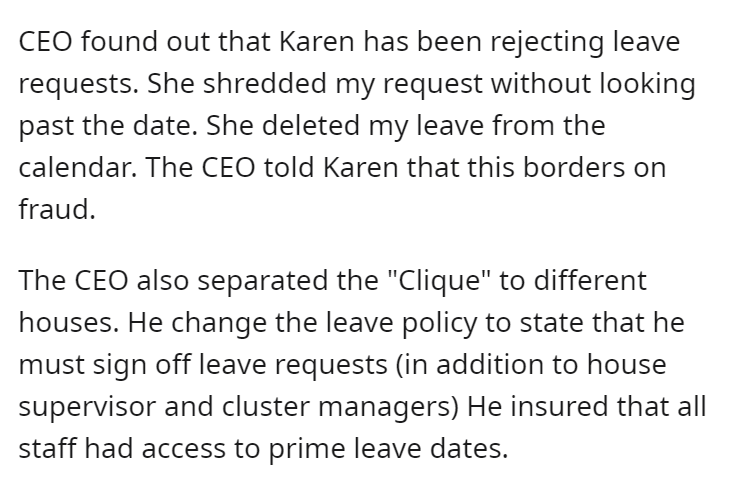 So she was soon fired. 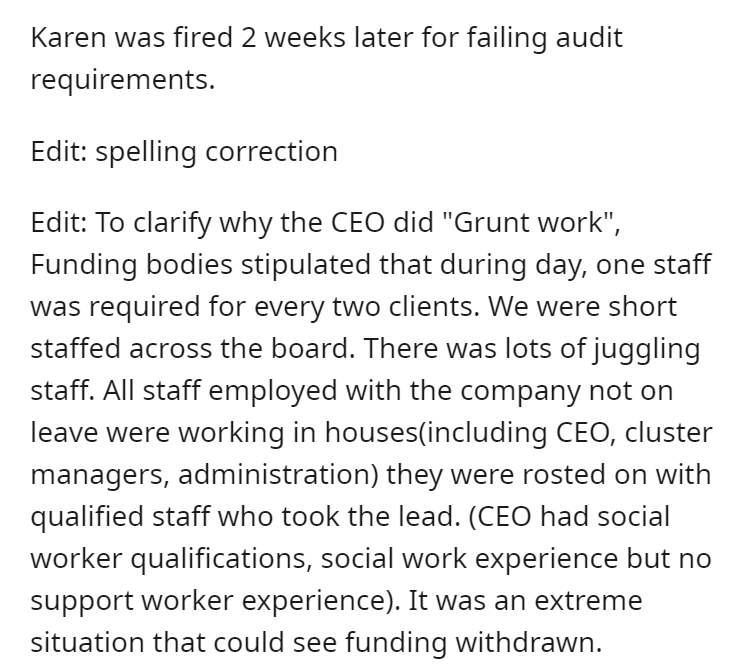 She committed fraud. They all did, and they all should be fired. I can’t imagine any other scenario where these people were falsifying records and taking their holidays at the same time every year like clockwork ahead of everyone else.

They all rigged the system. Whether they falsified the documents or benefited from them year after year, they were all knowingly part of this fraudulent scheme and must suffer some consequences as a result. If not firing, then demotion to the most junior station. That would be suitably humiliating to them, and just might cause them to quit. –AliciaTransmuted

And got her sweet comeuppance.

Have you ever dealt with a Karen? If so why not share your interaction in the comments below. 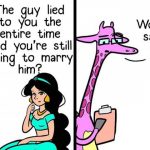 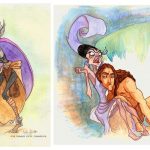 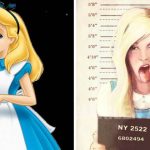 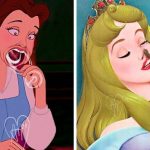 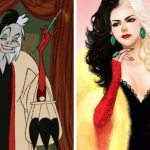