A stay-at-home parent does not have it easy.

I know some people like to harp on people who choose to stay at home and take care of their children. Especially with this new age of ‘feminazis’ who don’t like to include individuals who are happy being stay-at-home parents in their movement. However, whatever these people say most of us are well aware that taking care of children is a full-time job if your partner isn’t able to be at home for most of the day.

So when people started working from home because of the pandemic, you would think parents would start helping each other out with chores as much as possible. After all, it isn’t really helping out as much as taking care of your responsibility. But we can clearly see that this is not the case. And rather than helping her wife, he decided to morph her into the role of a secretary for all intents and purposes.

It is no surprise that one day she had enough and got angry with how he was treated her which he of course denied.

Her husband works full time while she stays at home taking care of everything else.

He asked her to help him out with some stuff at first which was perfectly innocent.

However, as time went on, his requests became more demanding. 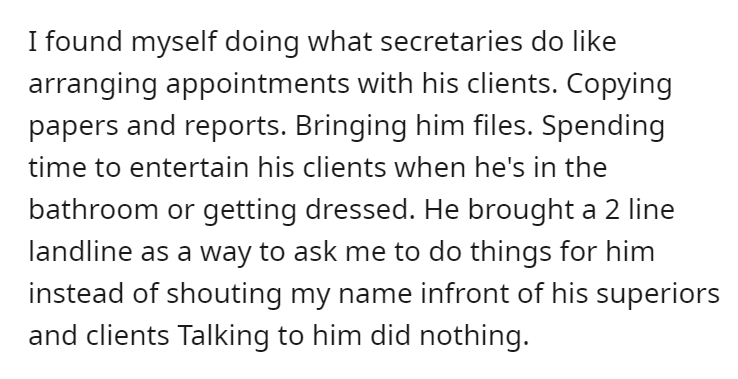 And soon enough she was basically working for him without any pay. 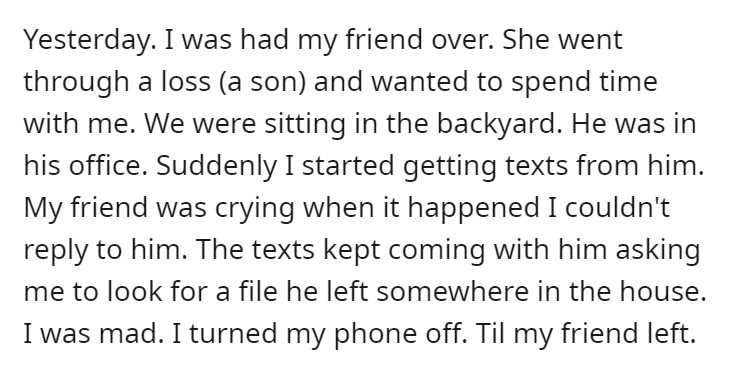 He wasn’t even listening to her even when she aired her feelings with him so it turned into a shouting match.

He simply denied everything and started to blame her for making him look unprofessional. 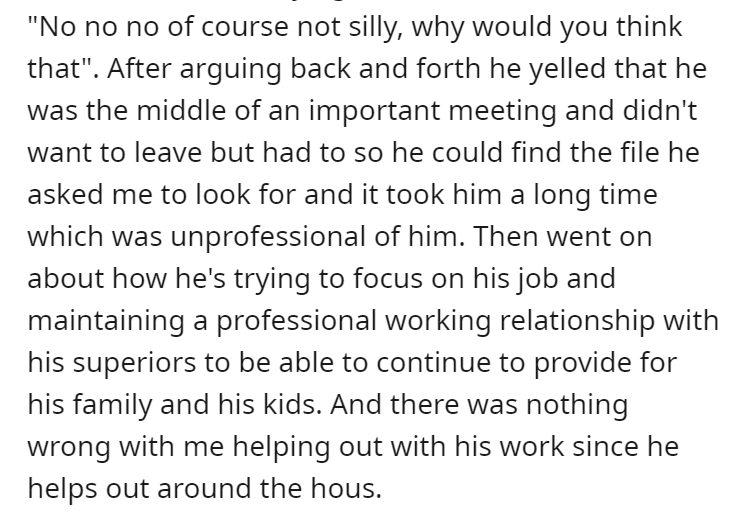 Which of course left her feeling unsure of herself.

I might be TA here because he’s the breadwinner and sole provider so work is important. He also helps out so I feel I was wrong for not helping him in return.

But people in the comments assured her that what she did wasn’t wrong. 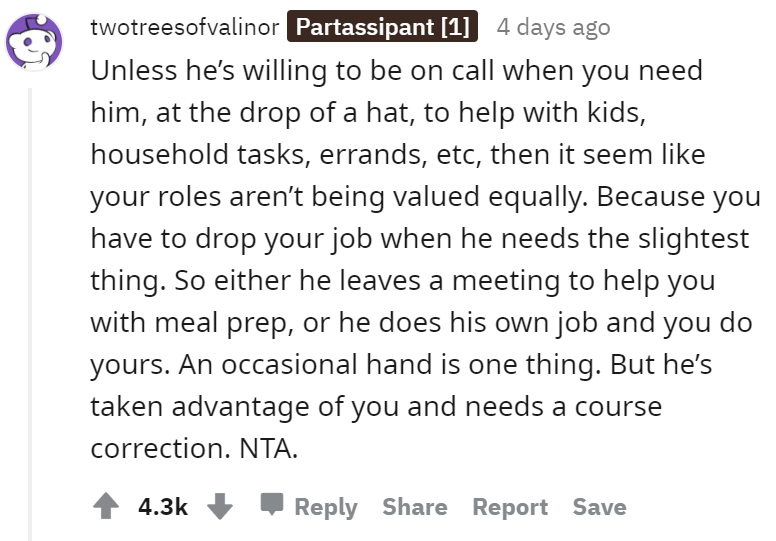 He clearly doesn’t respect all that she does and take sit lightly.

And if he wants to seem professional, it is his issue.

One comment even mentioned how he was being manipulative towards her. 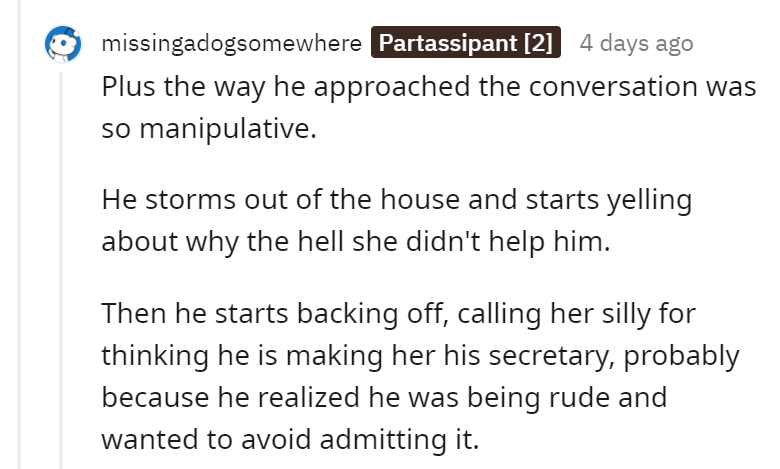 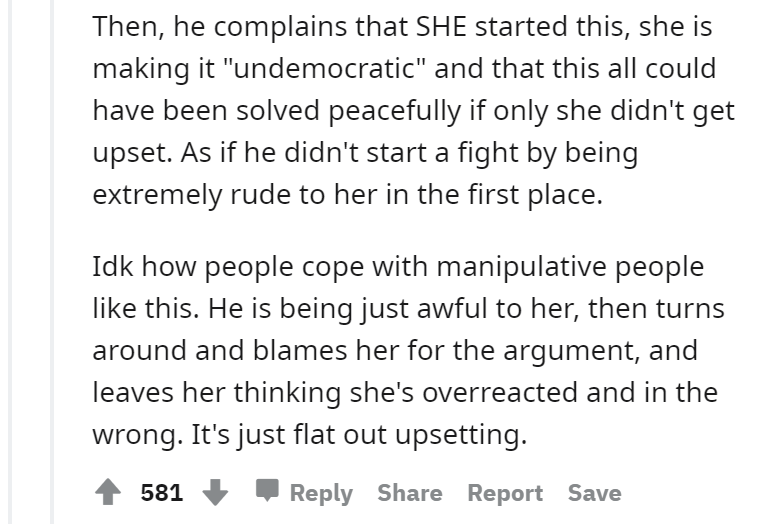 NTA. Admins are paid good money to be at someone’s beck and call because jumping whenever you’re summoned is exhausting. If you were an employee, you could block out time where you’re off duty and meet with friends then, but you lose that option when your husband just spontaneously decides that he owns all of your time. That’s not fair to anyone. And his failure to prep his important files before starting his meeting means he’s relying on you at a level that’s totally inappropriate. –Jazmadoodle

He needs to take better care of his work files and not blame everyone but himself. 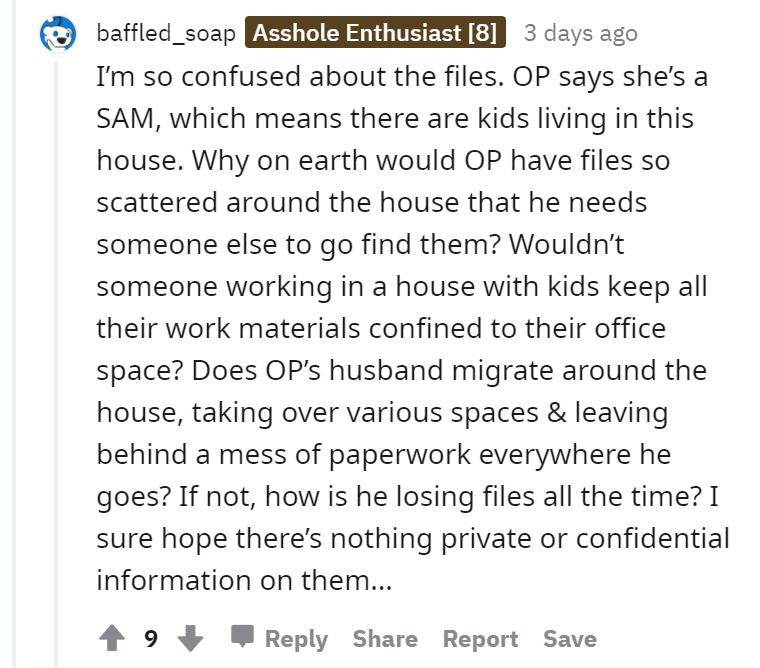 And if he wants to treat her like a secretary, he needs to pay her like one.

It is clear that he is blaming her for his shortcomings here. 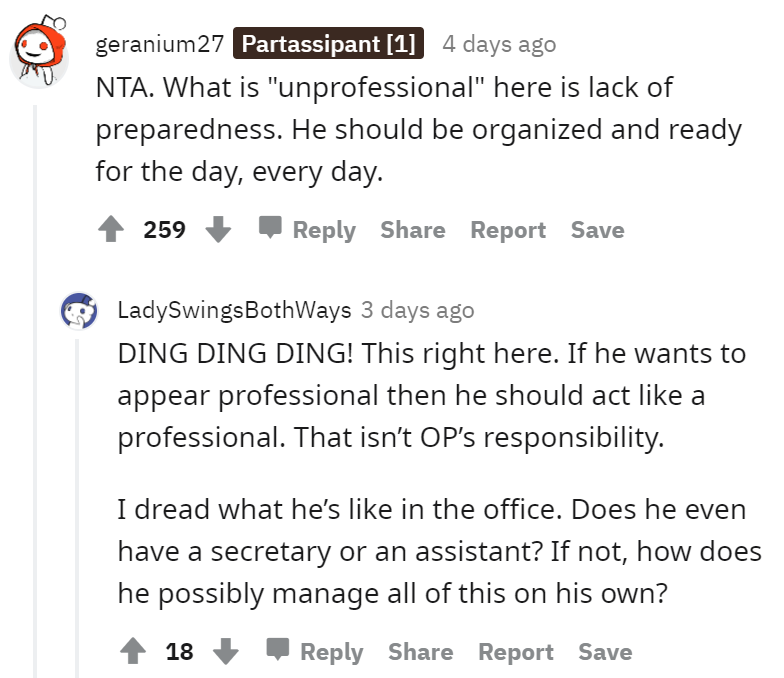 NTA there’s a distinct difference here, he’s requesting you do the work of someone who is normally paid a good wage for nothing. You’re expecting him to be a contributing adult to the household and care of the children he helped produce. Either he needs an assistant who gets paid or he needs to enhance his organization skills for his job. –srslyeffedmind

How would you deal with this situation? Comment down below and let us know.