It is a serious disease. However, most people just wave it away by saying ‘It’s all in your head.’ Although many new scientific pieces of research have shown that these mental illnesses can have a physical component as well. And depression and other illnesses are an all-time high in the new generation.

Taking one look at the state of the world, it’s not hard to understand why. However, it is very hard to explain what you’re feeling or not feeling for that matter. That is why one artist who goes by the handle Never Stay Dead aka Phil Wall decided to portray some of these mental illnesses through the medium of art.

He has not been able to cover all the mental illnesses yet since there are many but he has done an art piece on a few and let me say they are quite accurate from what I know. Scroll on below and take a look. 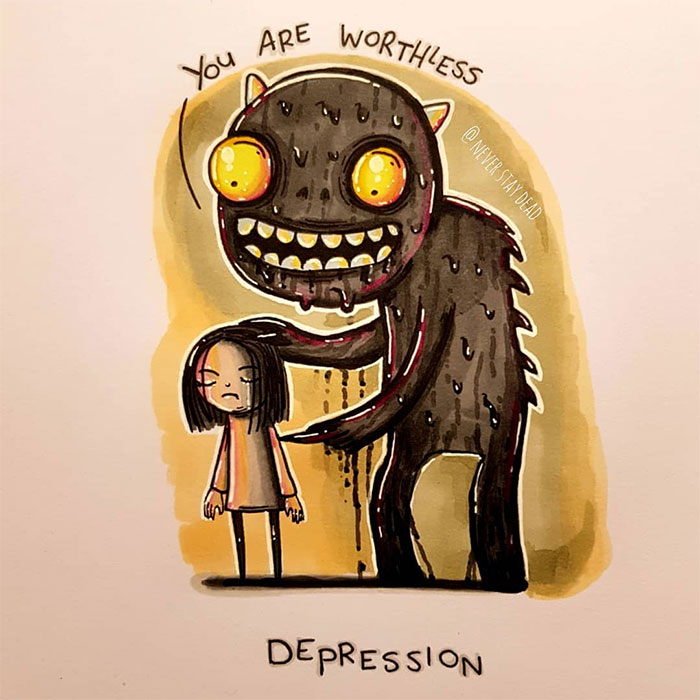 This is what the artist had to say about his work.

Disorders are something that we live with and are very real, but not everyone can see them or know what we are going through.

I wanted to visualise it in a way that everyone could understand easily. As a monster that lives with us on a daily basis. 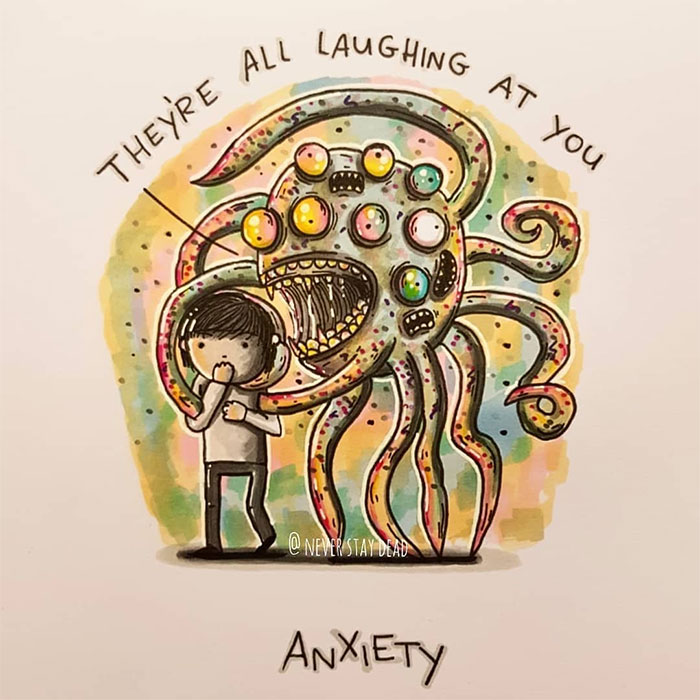 My depiction of anxiety is a disorientating, chaotic, and pearlescent monster. It has many arms to grip you in fear, many eyes to watch you, and many mouths to make you doubt yourself. It is like a big parasite feeding on fear and paralysing you. -Phill Wall 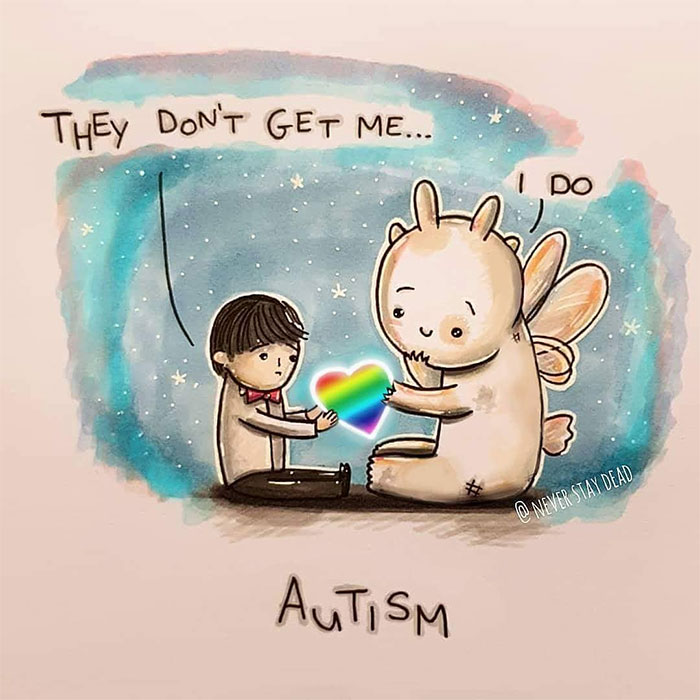 Autism is a developmental disorder, because it is more susceptible to mental health I decided to include it in this series. -Phil Wall 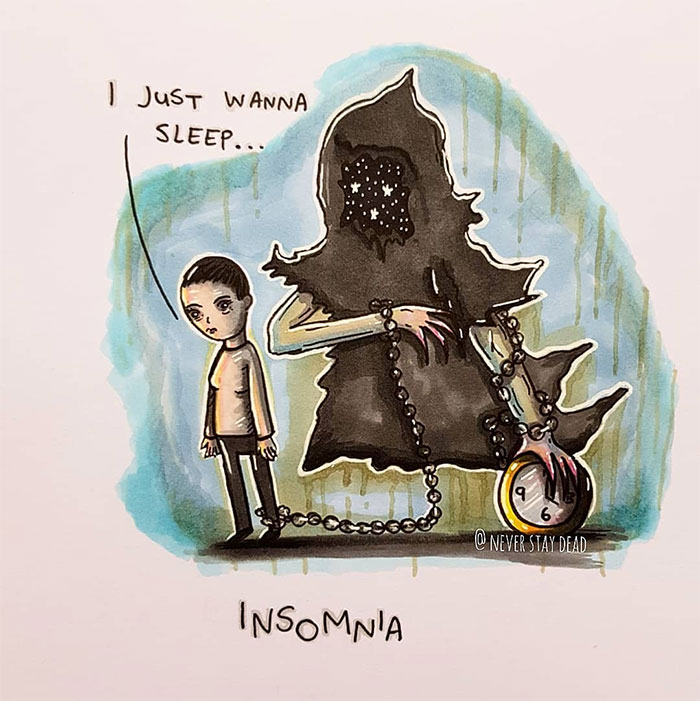 Insomnia is a Wraith that can manifest from various mental health (including depression, anxiety, OCD and PTSD). The monster chains itself to its host leaving it feeling like a ghost inside its own body. Too uncomfortably awake to sleep, but too tired to function normally.

The Wraith’s body is partly made of stars from all of the dreams it has eaten and it drags a heavy time piece across the ground. Constantly reminding its victims of lost time and the pressure to start a new day tired and restless. – Phil Wall 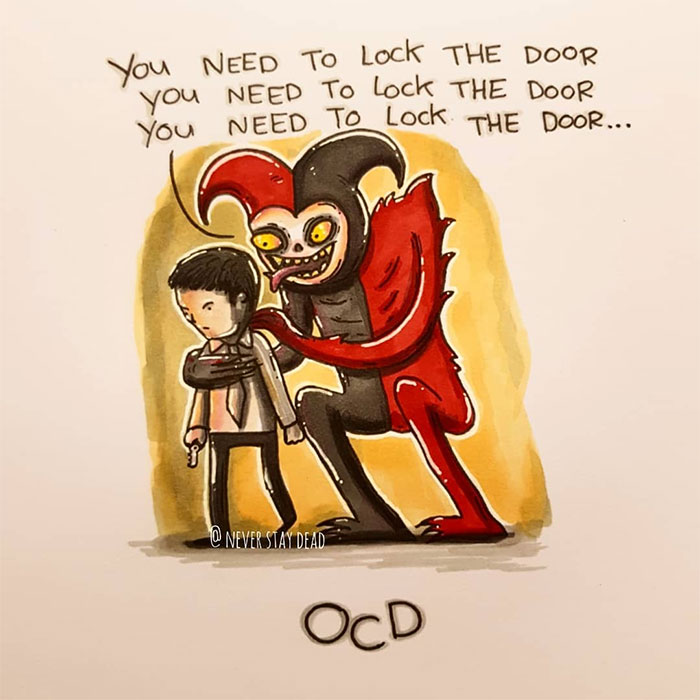 OCD is an annoying demon that traps you in repetition. -Phil Wall

The artist did a fair bit of research before delving into this project.

I have and I’ve used my own experiences and the people around me to create the illustrations. It’s a very complicated and sensitive subject and it’s not the same for everyone. It’s impossible to capture the entire spectrum of a disorder in one simple drawing.

Many people find them relatable, and if not at least it’s opening up a discussion instead of ignoring them. 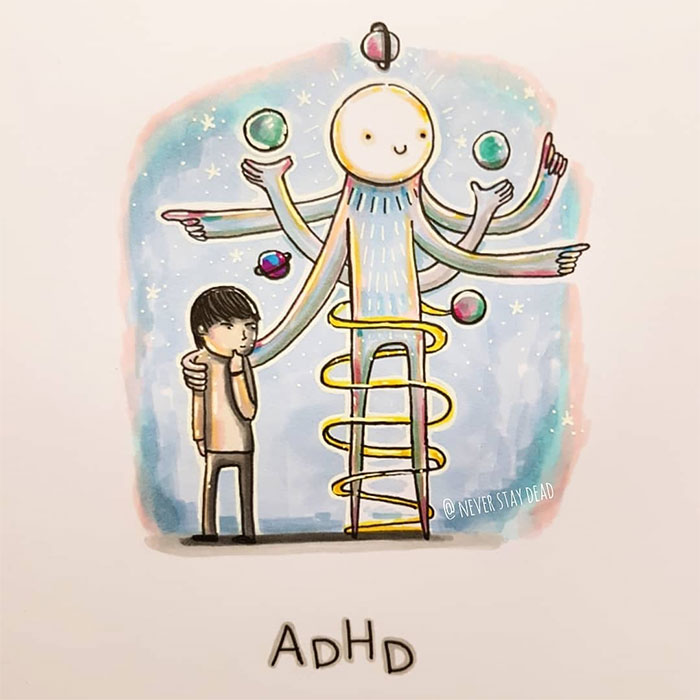 The ADHD monster is a hyperactive ball of energy, finding it hard to focus on one task and easily distracted by everything around it. A daydreamer with a chaotic galaxy of ideas and thoughts. -Phil Wall 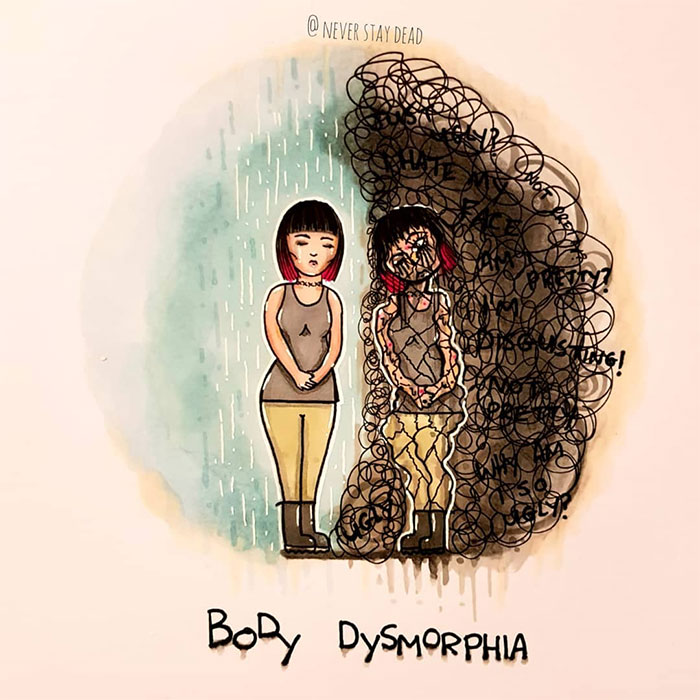 The BDD monster warps and distorts its hosts perception of themselves. It shows them an exaggeration of any flaw they might find, this will spiral until they become obsessed with it.

The Monster can also cause social anxiety, OCD and depression. -Phil Wall 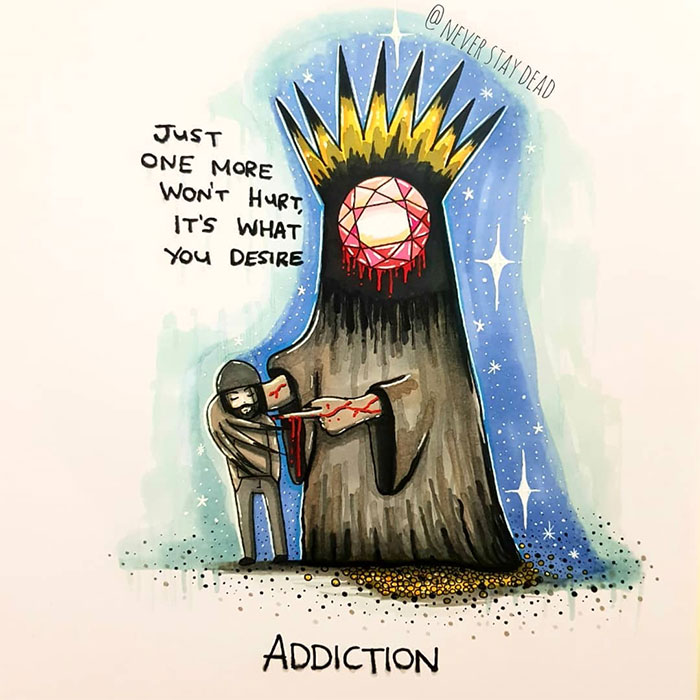 The Addiction monster seems desirable and shiny, but tricks its host by rewarding them with short lived highs that lead to adverse consequences. -Phil Wall

The PTSD monster was once a confident and strong ally. But it is left severely wounded and broken, every day reliving its pain. -Phil Wall 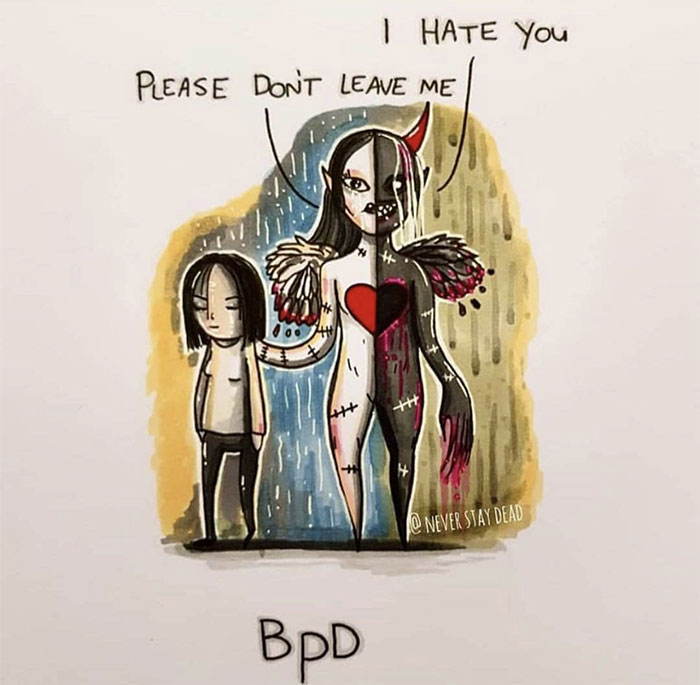 BPD is a Demon with broken wings, but it often thinks it’s an angel. It is complex and usually misunderstood, and can completely override the mind and emotions. It has a fear of abandonment, yet struggles with stable relationships.

It is more prone to act recklessly than most monsters which can result in dangerous consequences, addiction and even the suicide of its vessel. -Phil Wall 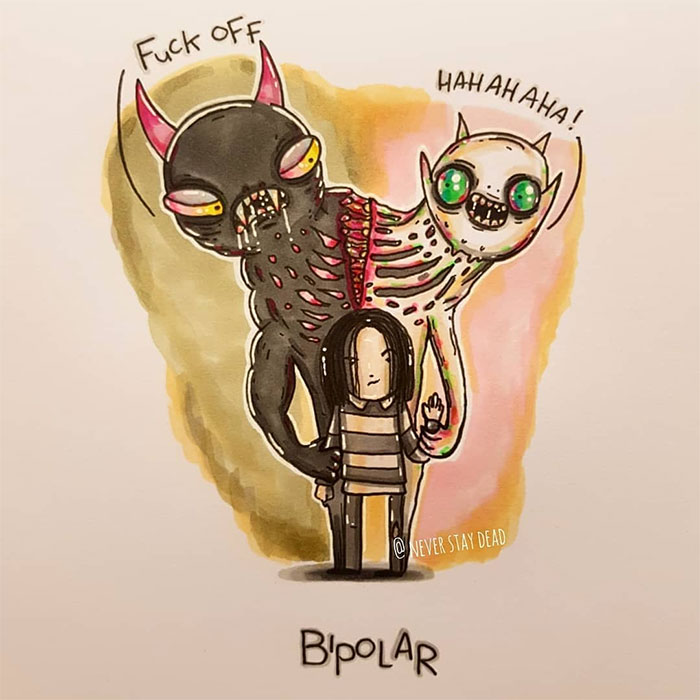 Bipolar is a two headed beast that’s splitting into two extreme and contrasting monsters, and neither are fun to be around. They both have a hand on the steering wheel and can divert the ride at any time. -Phil Wall

Do you think the artist did justice to these representations of mental illnesses? Why not share your own experiences in the comments below?