This is why you take heed of words.

Many people don’t take notice of words but that is the thing you should be afraid of. In most of these stories, people are warned before something drastic actually happens but they never listen so they end up with something broken. If only this county mower had not messed with this Reddit user’s dad. I mean there was no reason to cut down his shrubs in the first place.

I suppose some people just like to make enemies without any fair reason. I could understand if they were doing something that was against the law but last I checked to have well-kept and trimmed shrubs wasn’t against the law anywhere. perhaps there is some background on this story that we are missing but for what we have it is worth the read.

If he had only listened the first time.

And so we begin. 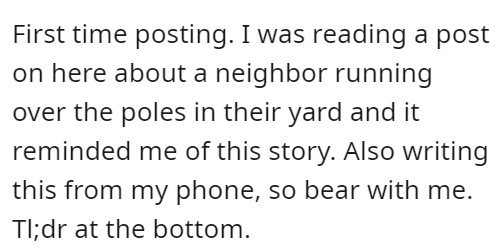 Why were they lopped off in the first place? I have just a good guess as anyone else. 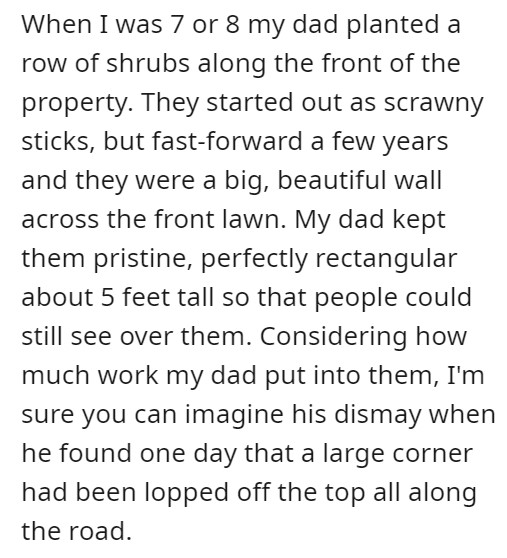 If they weren’t hanging off towards the road, what did the county mower had against the family? 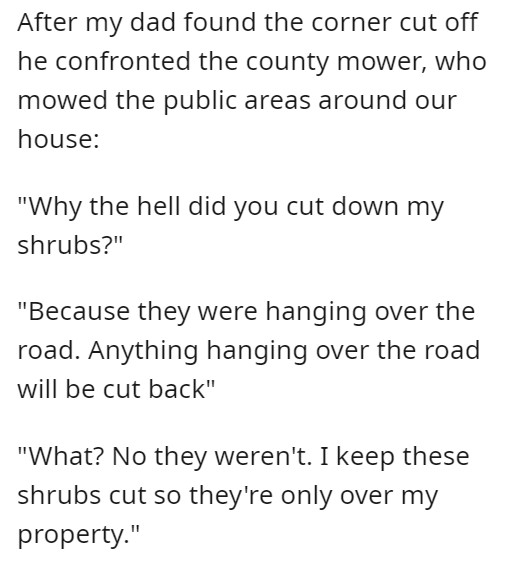 It was clear he wasn’t going to back down so the father went to the store to get some rebar. 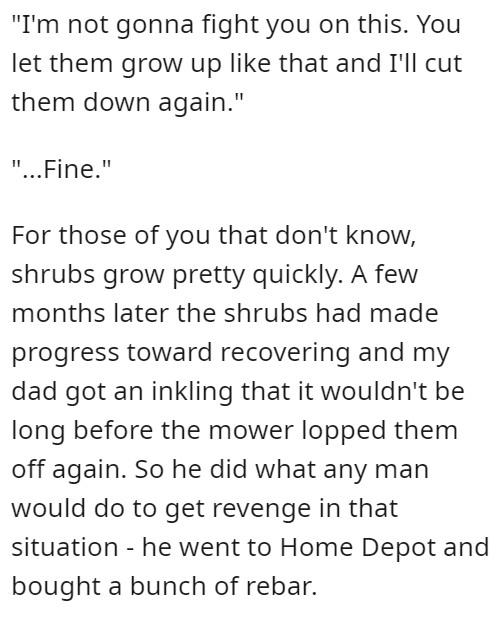 He had formed a perfect plan that he went to work on immediately. 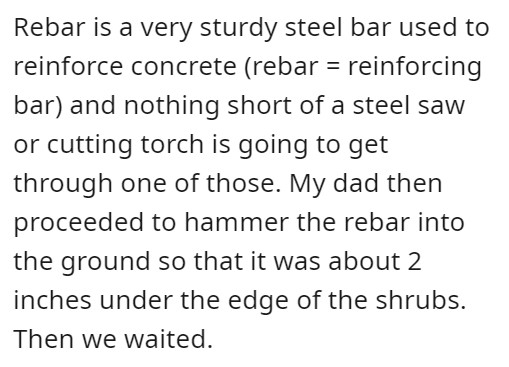 He really should have expected this. The father did warn him. 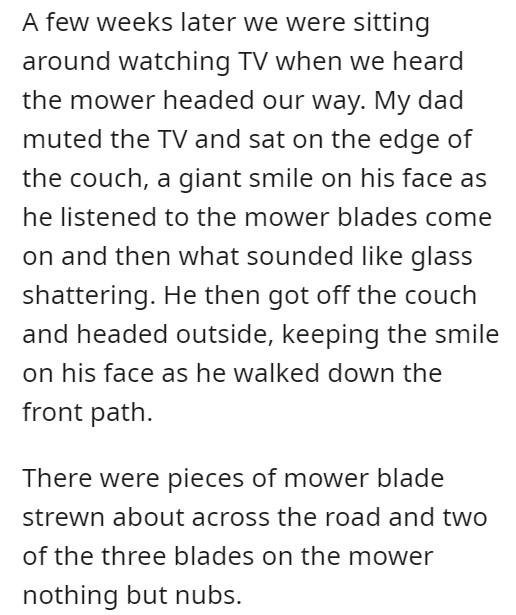 The country mower knew he was in the wrong so he could do nothing. 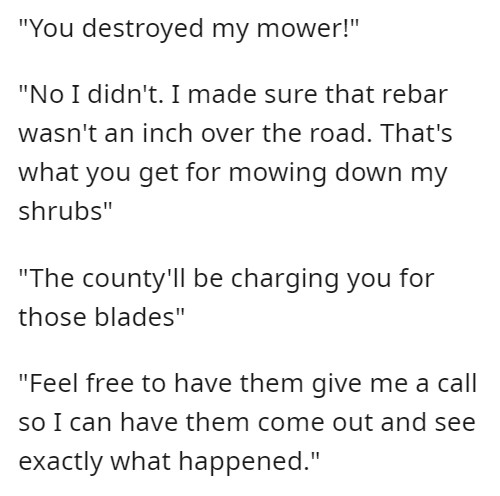 I love this. I helped an old man in my neighborhood hide cinder block and roll huge boulders into his landscaping and shrubbery. We had these high school kids that thought it was funny to drive up on his lawn and wreck his yard with lawn jobs. The guy was always repairing his yard until he decided similarly to your story to strike back.

One night we hear a huge crash in our street and find this pimply-faced kid looking at his wrecked car sitting in the neighbor’s yard. That will teach you! –NetWareHead

I still can’t understand why he did it in the first place. 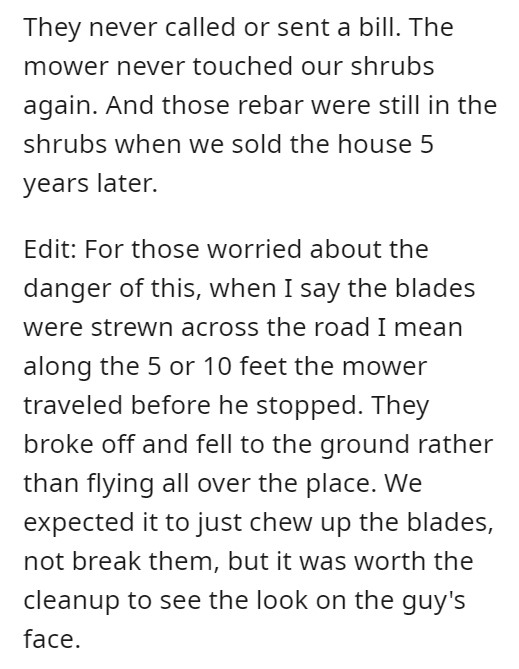 For those who didn’t want to read the story. 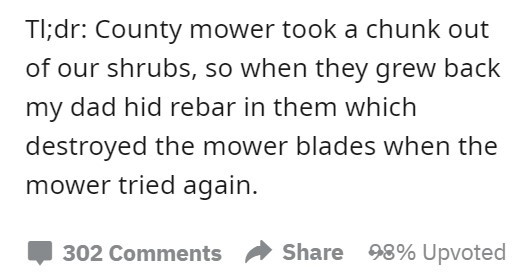 I’m pretty sure he was just a grumpy old man that enjoyed messing up other people’s things when he could. It was a tractor with a giant mower arm attached to the side that raised and lowered. He lowered it down enough to lop a good chunk off the corner and then drove by the house. –SwizzleMalarki

What do you think the reason was for him to cut off part of the shrub? Comment down below and let us know. Don’t forget to share so others can join in with their opinions as well.