As we know that concerts have postponed, restaurants are closed, schools are closed, tourists hot spots are shut down, most of us aren’t allowed to leave our houses during this pandemic. Remaining inside is a good way of keeping ourselves safe, but it gets tough staying disconnected with the outer world. However, staying at home has given us something that most of us didn’t have before the pandemic/quarantine. TIME! Yes, we all have plenty of time now.

These people have decided to kill time by recreating these famous scenes. These are really hilarious and will crack you up big time! Scroll below to see how amusing and humorous these recreation photos are! 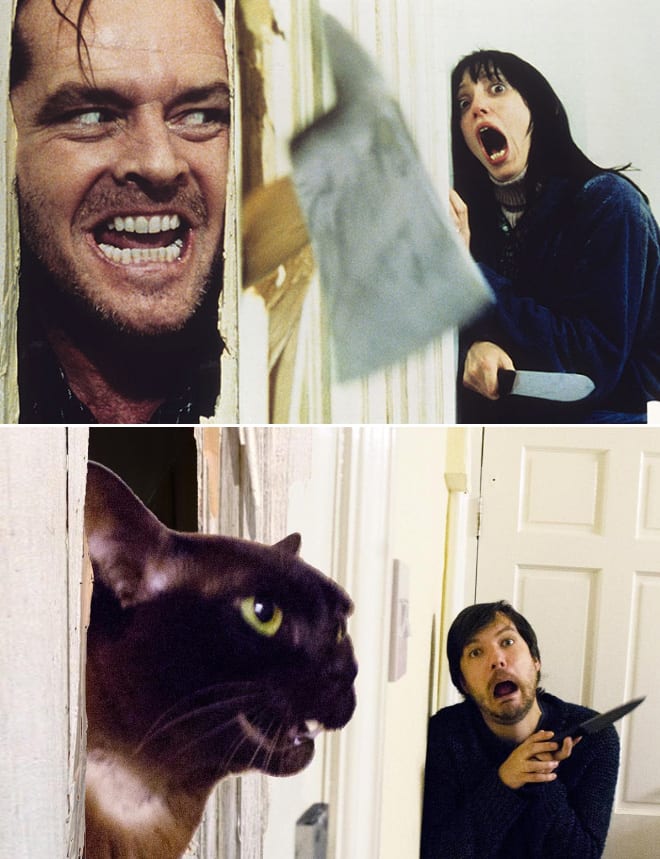 Run for your life, or the cat will attack you with its cute lil paws! 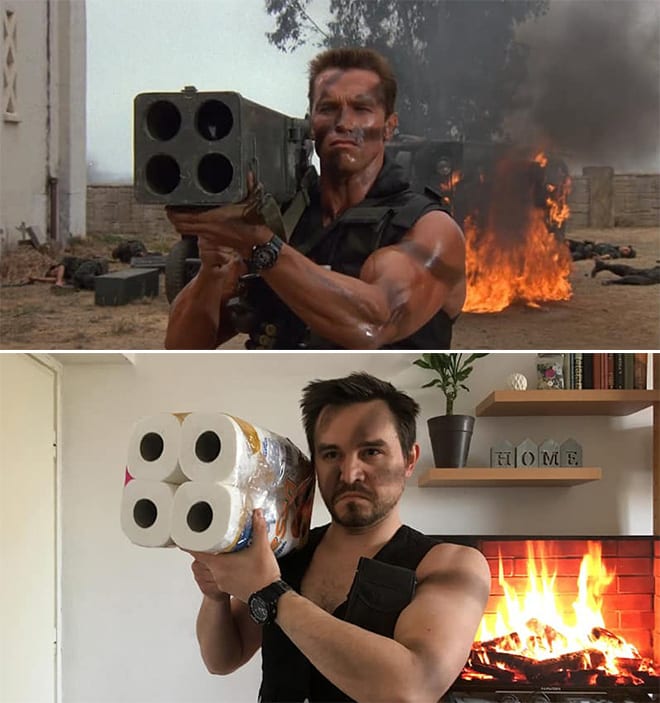 All hail to the paper power! Fire in the recreated photo is so real! Could even use an iPhone 11 pro. Jussayin! 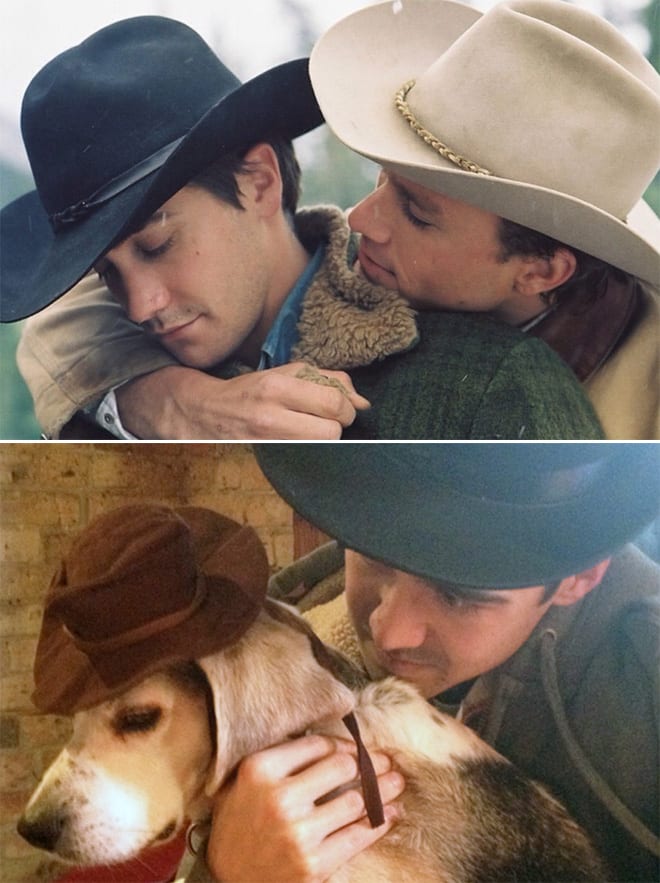 Can someone tell the difference? They look the same to me. Both of them are giving a back hug to their loyal friends. 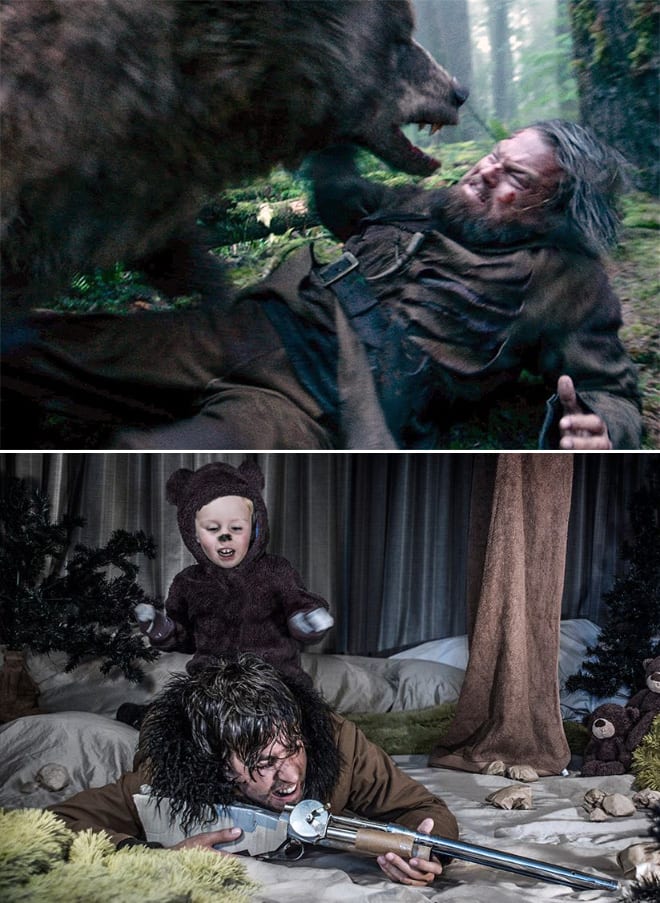 Everyone would want to get attacked by this cute leetul wolf in the remake. 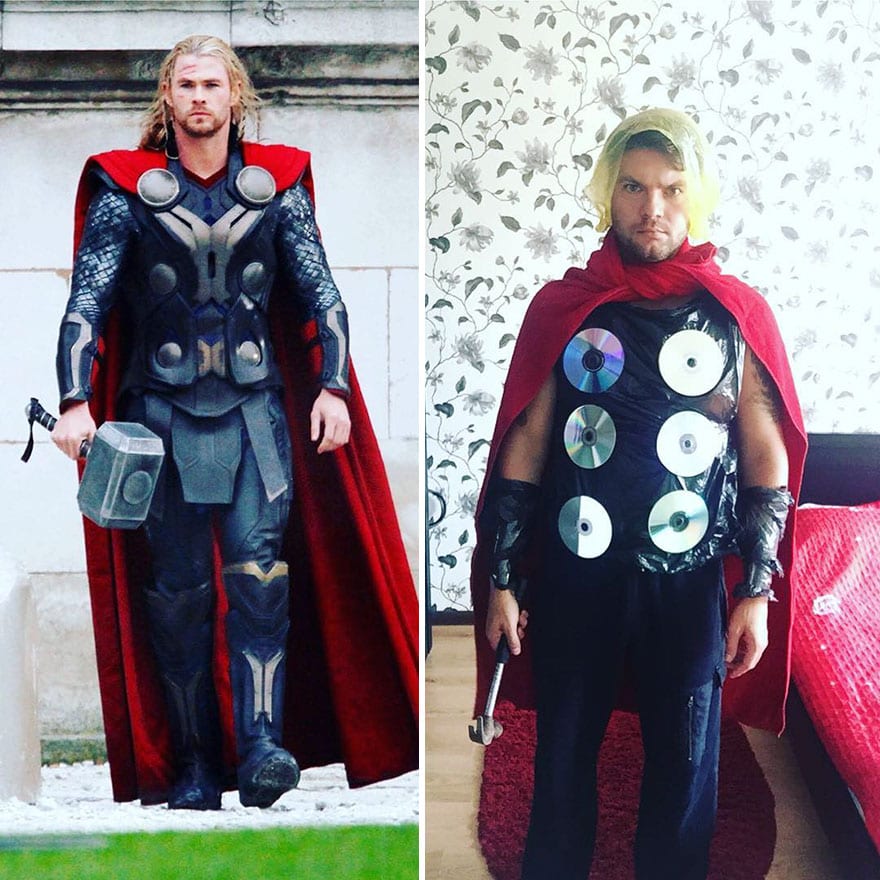 Love what he did with his hair. 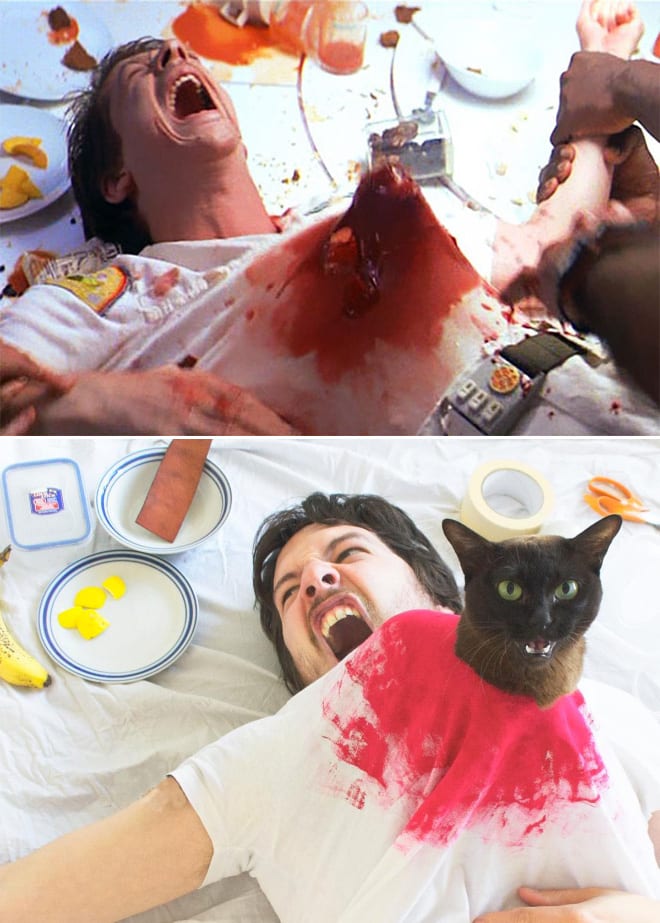 Cat emerging out from a hooman!!! Could this get any more genuine? 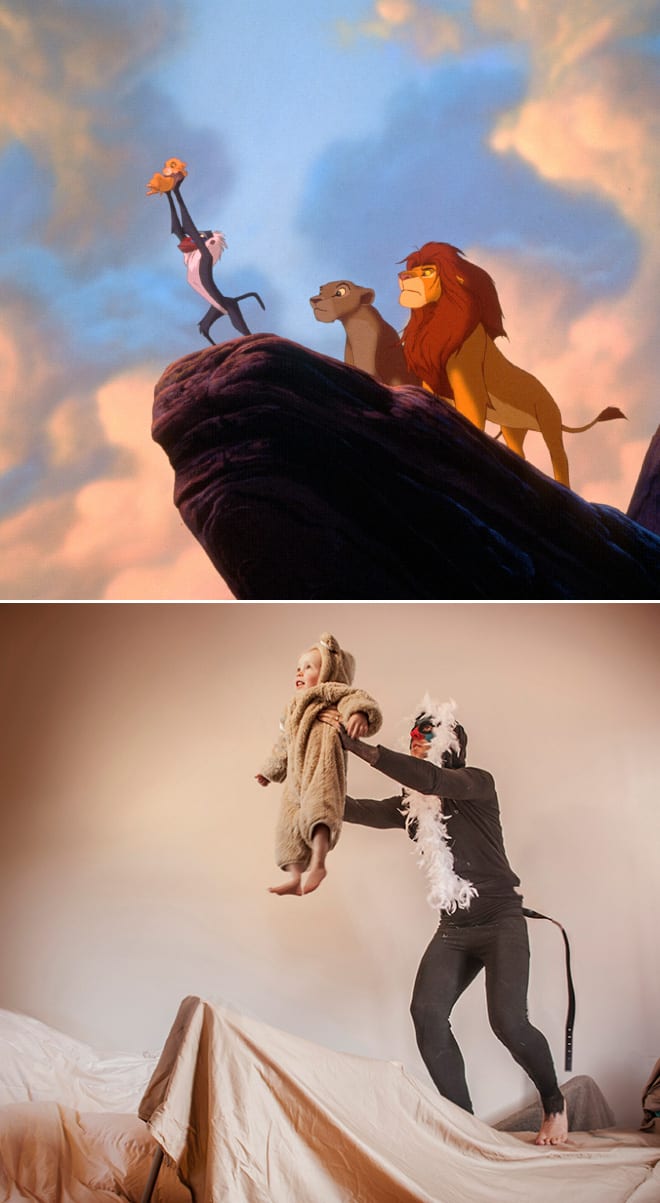 I think this is every child’s dream to get featured in a remake of this classic lion king scene! p.s the belt works perfectly as a tail!! 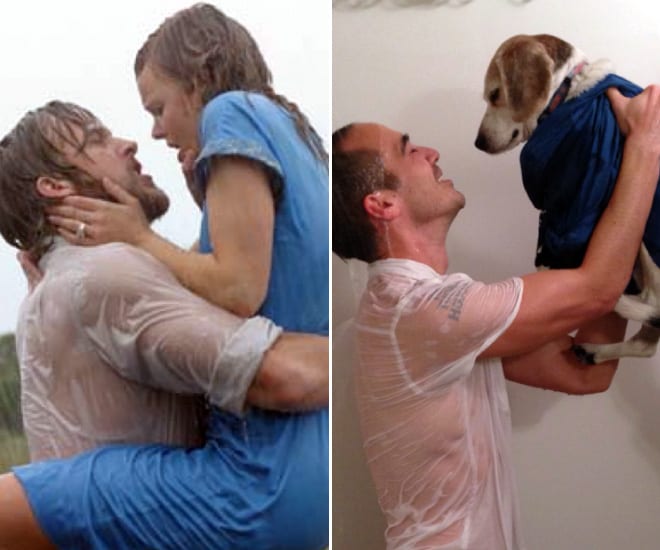 Carrying your dog is a lot easier than carrying a girl. Also, dogs are loyal… 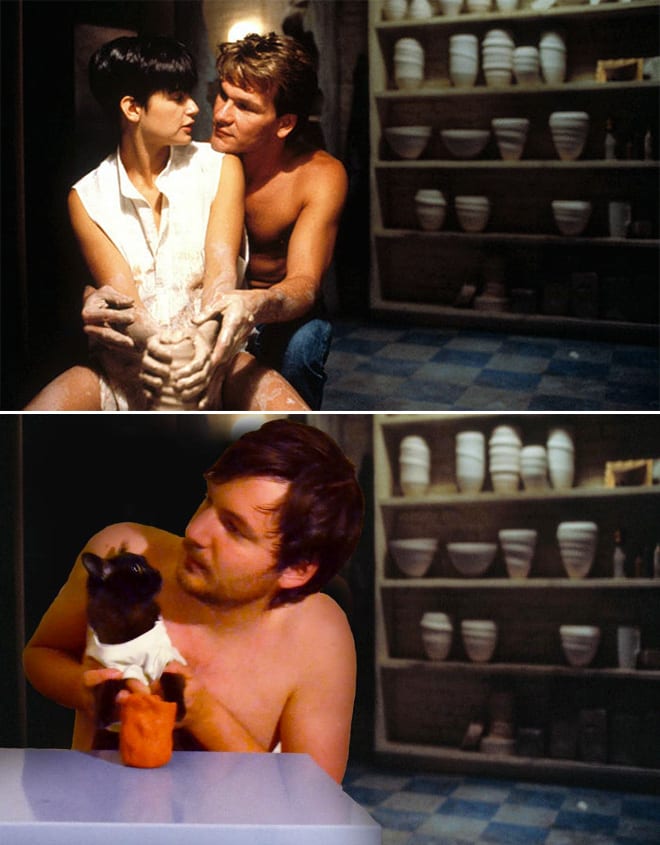 It’s time to make some clay pots with the kitty!! 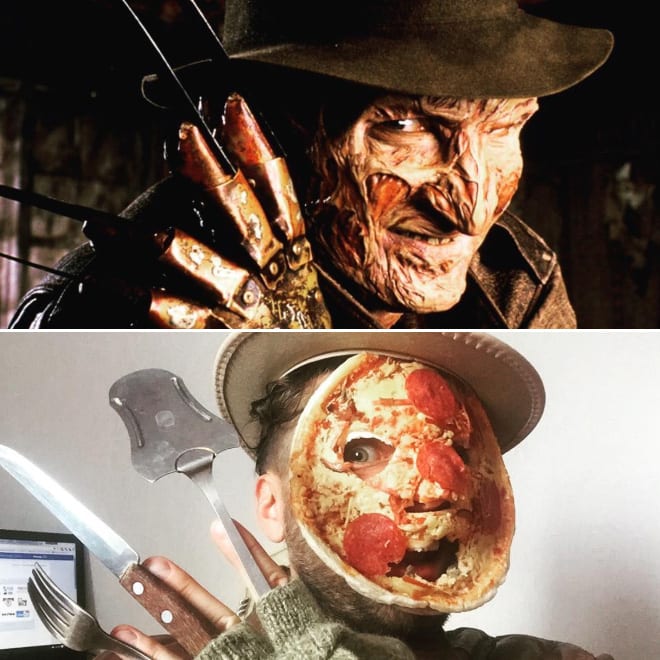 When you don’t know any good SFX makeup artist, so you just use pizza.

Loving these remakes? Well, you should be feeling lucky as we have more for you. Scroll down and see! 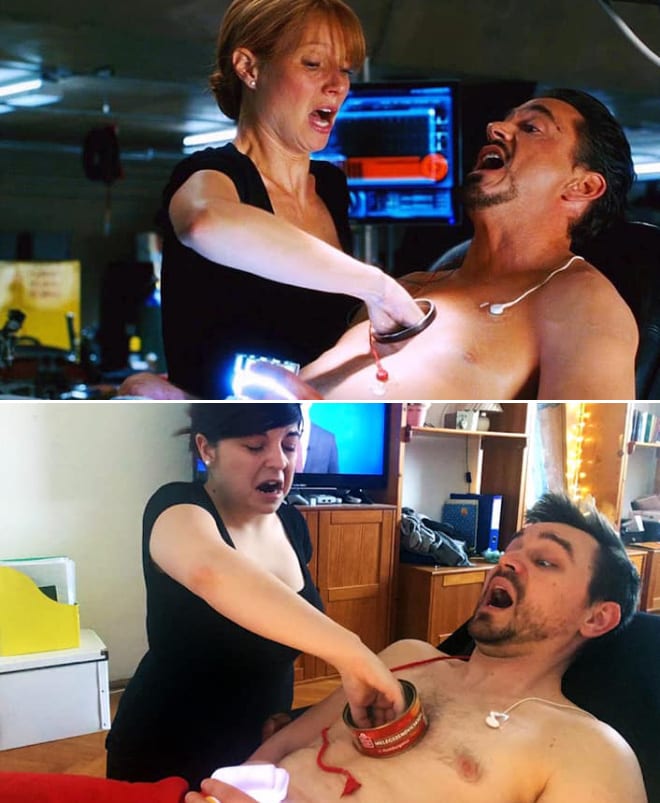 Take that heart out!! 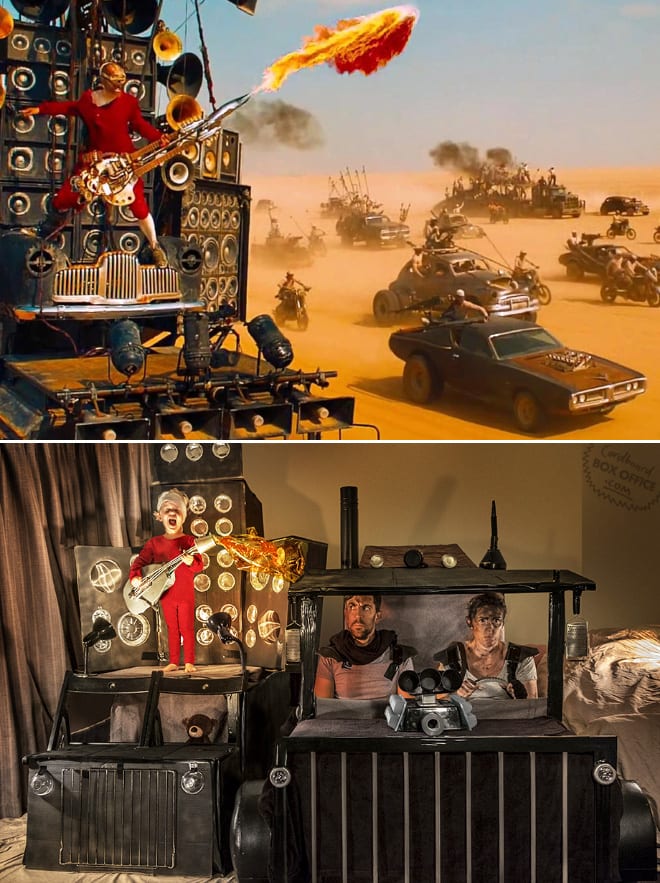 AHAHA. Did you notice the teddy bear in the jeep? 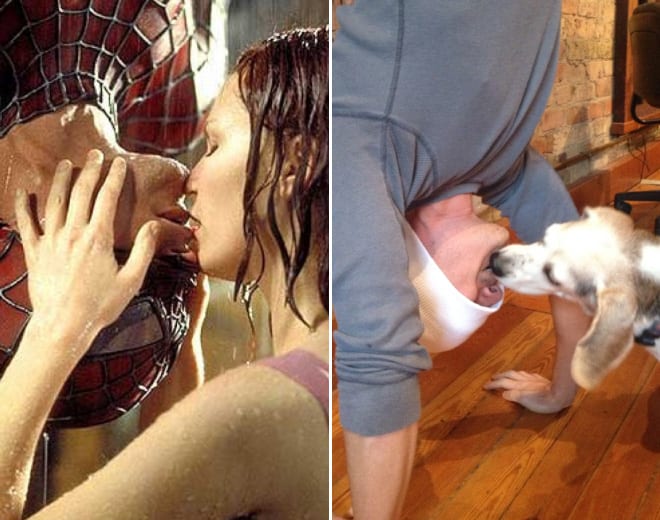 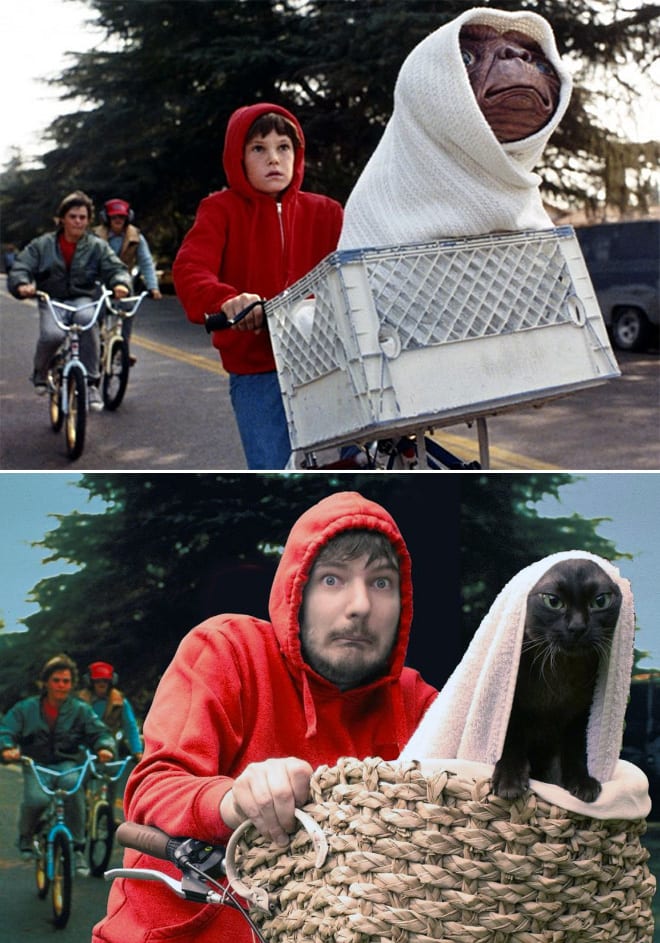 Time to take your kitty on a bicycle ride. Also, this person has great editing skills!! 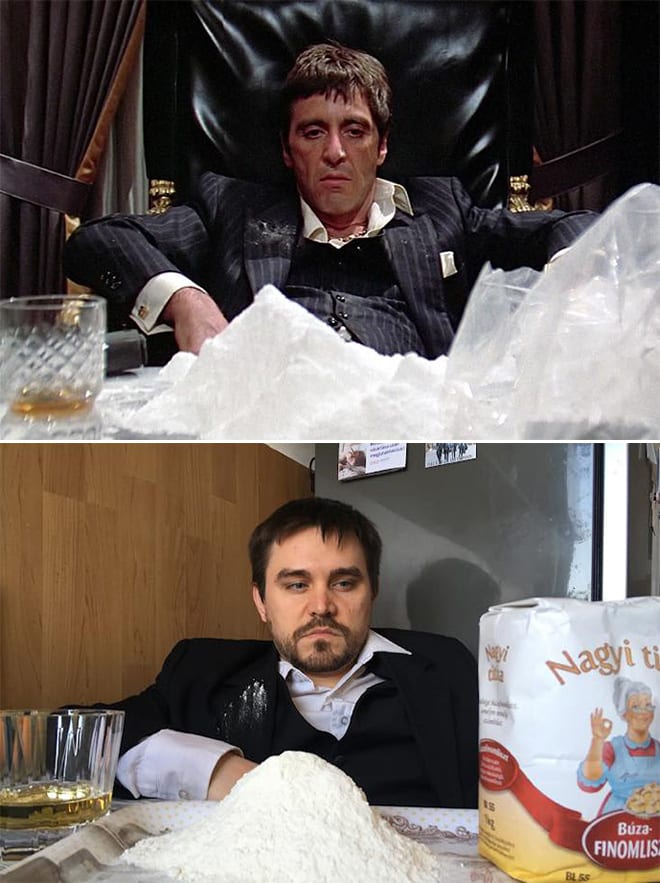 All-purpose flour and a shot of apple juice (some brilliant expressions as well) are all you need to remake this iconic scene. 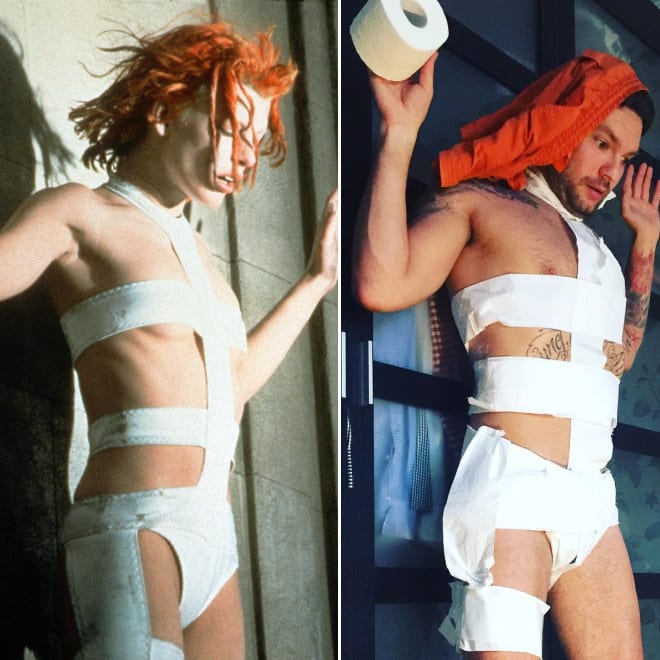 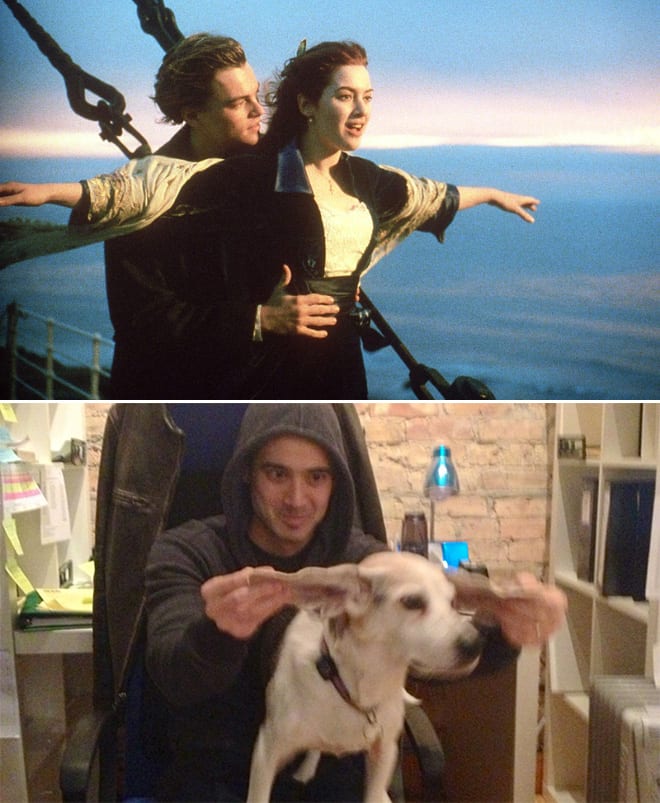 Recreating the most iconic movie scene. Is it only me who thinks that the remake is a lot better than the original? 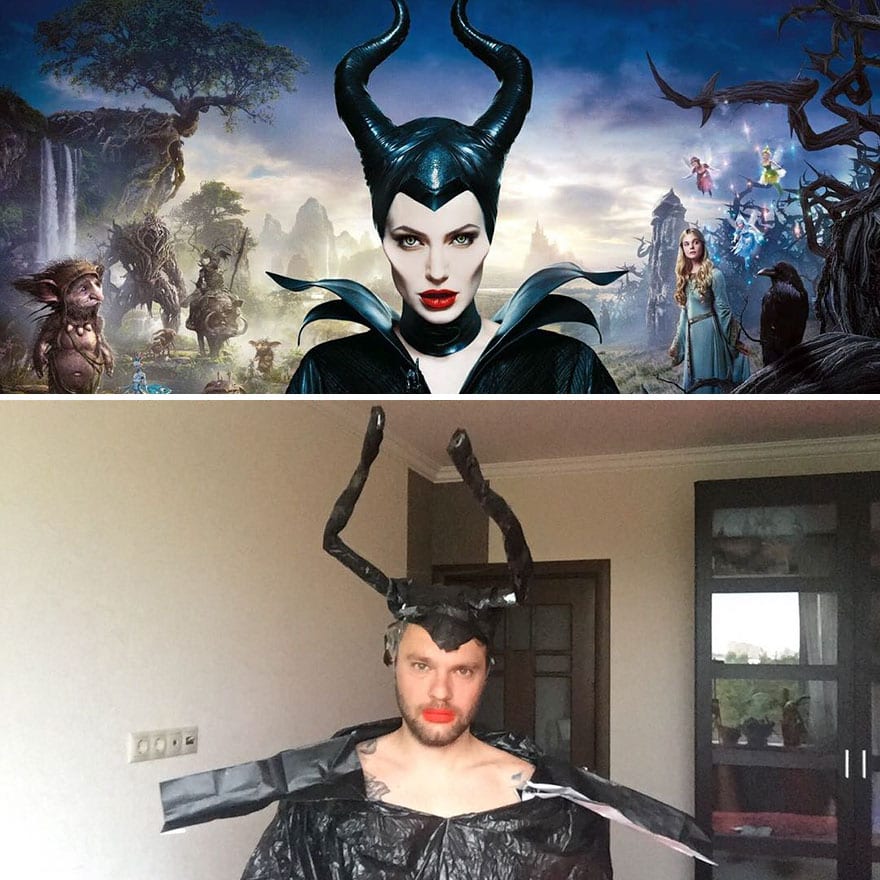 All you need is….bin bags? 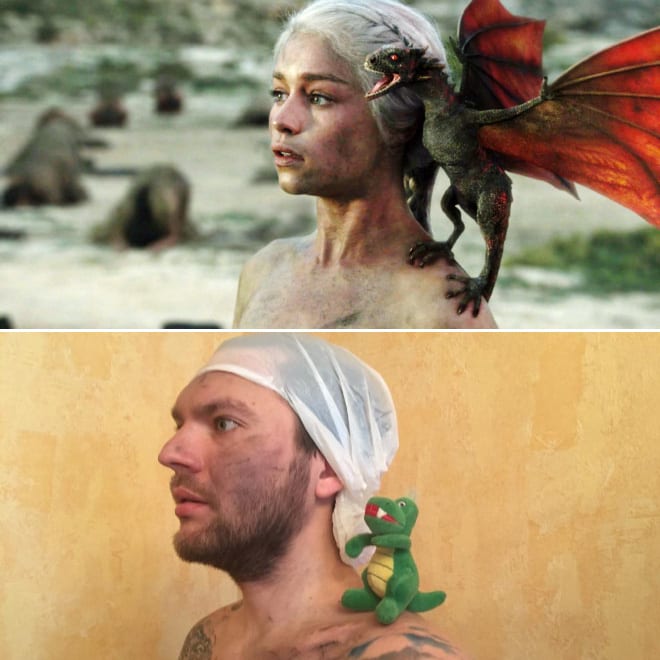 Who is the mother of dragons? Or the remake can be named as “Father of toy dragons.” 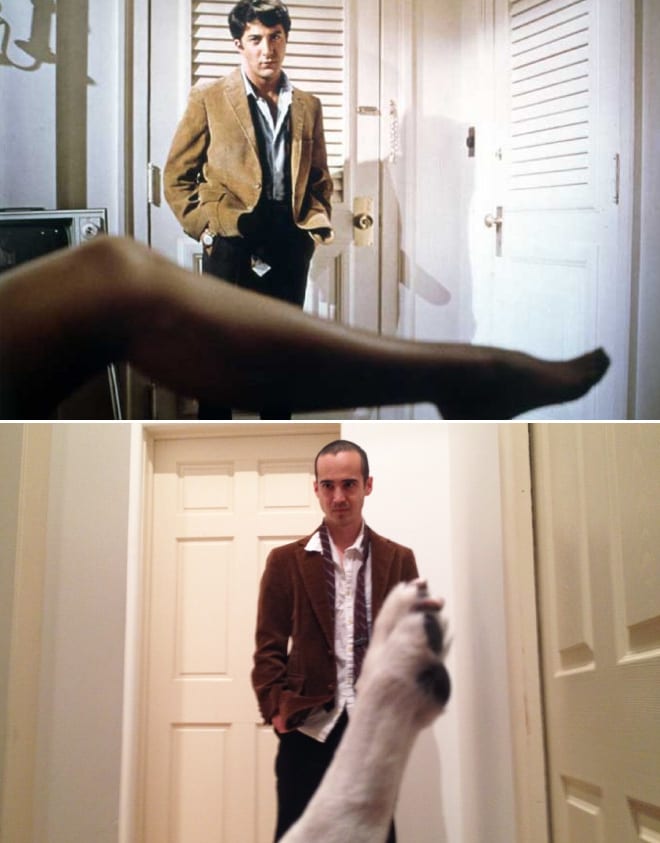 They both are ready to get some action. 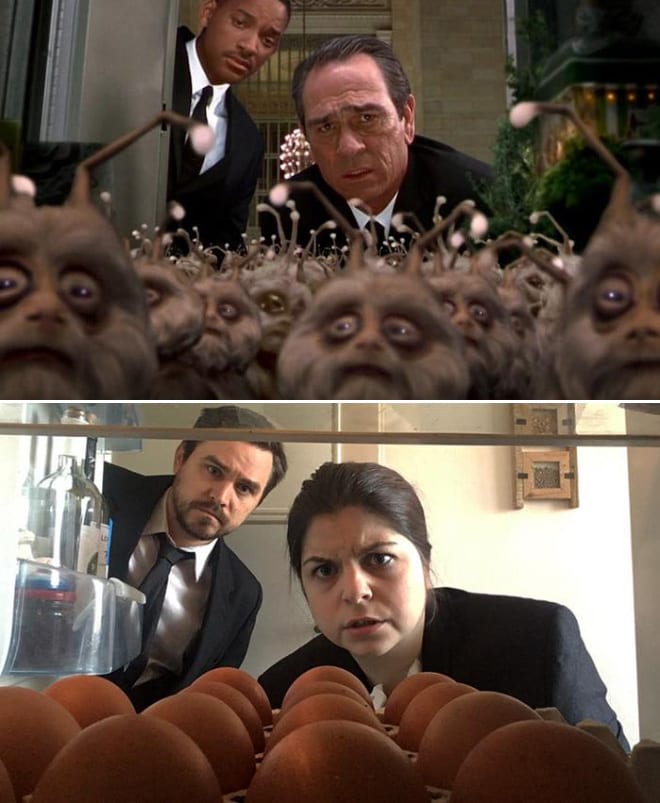 I feel like it was a missed opportunity not to draw faces on those eggs, drawing faces would’ve been a perfect recreation.

Would you like recreating some of these iconic movie scenes with your family? Because I would love to do that. Which one was your favourite recreated photo? Let us know in the comments section below!