We all have happy memories linked with Disney.

After all, it was almost everyone’s childhood. Watching Disney movies all day on a Saturday when you had off from school was the best feeling ever. Those days can’t come back, and they live in the happiest parts of our memories. We all mostly rooted for the princesses to overcome whichever evil character was in the movies. However, they weren’t evil enough, so they were all defeated in the end. But what if they were really evil? And by that, I mean horror movie-level evil. Imagine Ariel taking on Freddie from Nightmare on Elm Street instead of Ursula. She wouldn’t stand a chance, and that would be one amazing cross-over. But that was all in our imagination until today.

This Pop artist named Jose Rodolfo Loaiza Ontiveros created fan art where he mashed up Disney characters with Horror movie icons. Now the princesses and Disney characters have a real challenge and we finally get to see them in a face-off. The art is extremely creative, and obviously, the artist was incredibly talented and came up with the idea to incorporate this weird ideology in his art. We took some of the best artworks from his Instagram account so you can enjoy them too. Scroll down below and we’re sure you will love the morbid fan art:

Max is ready to attack Ghostface. Poor human Ariel can’t even speak or scream to save herself. 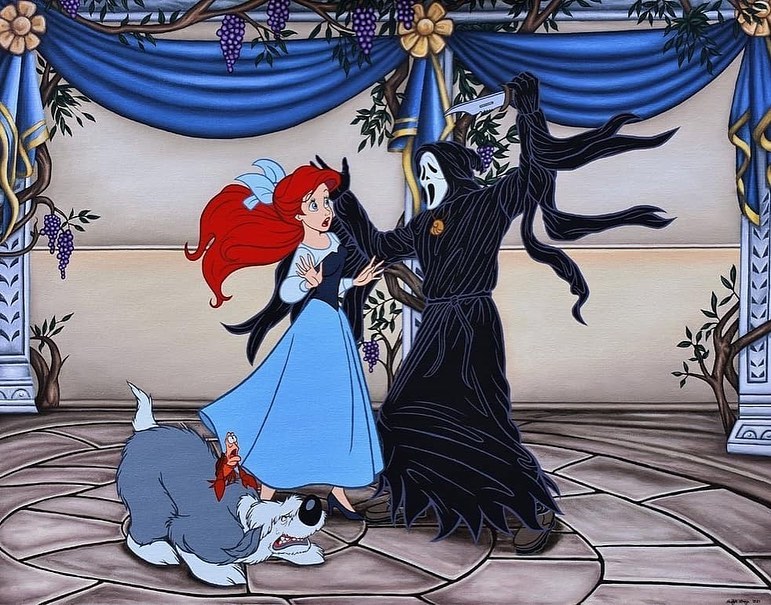 Freddy is here to take Sleeping Beauty. She must be having the longest nightmare ever because she is going to need a kiss to wake up. 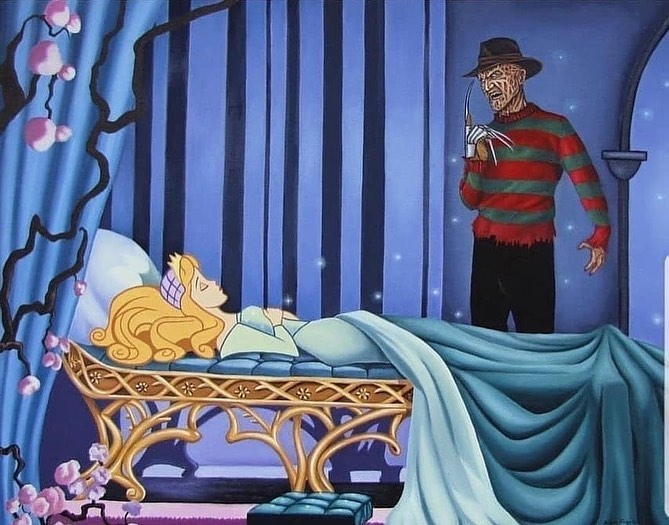 The seven dwarves would warmly welcome Snowhite, but they should probably call an Exorcist here. 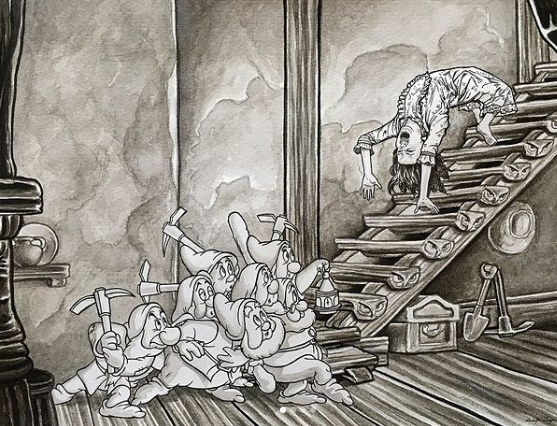 It would have made more sense if Leatherface caught Ariel instead. You know, the irony of the fish hook. 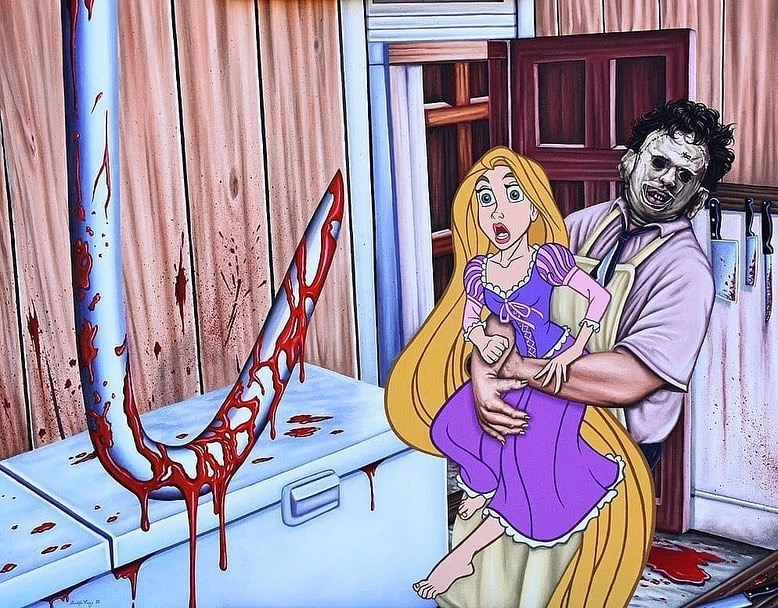 This really is fascinating. I would really love to see a movie where these characters would have cross-overs. It would be so exciting! But Alas! We don’t always get what we want, and all we will have to do is quench our horror thirst with this fan art, not that we are complaining. It is incredible and has opened up our imagination to a whole new level.

Michael Myers has entered Neverland, and as you can see, Tinkerbell is the first one to go. Go back to Haddonfield and leave our Tink alone! 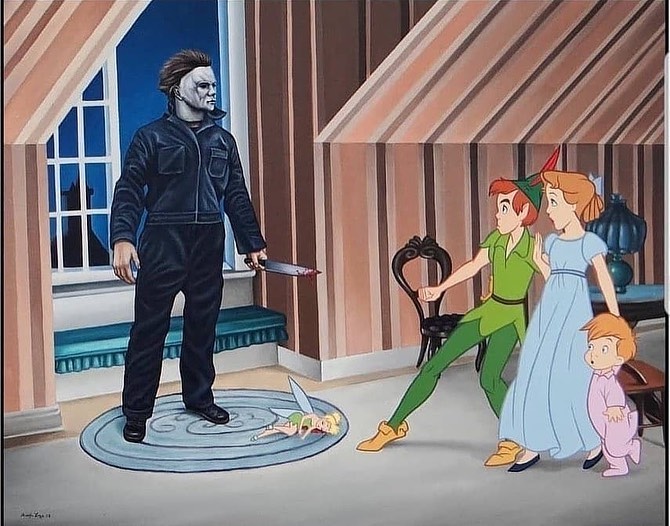 The blue fairy really needs to stop putting dolls to life because Chucky isn’t as friendly as Pinocchio. 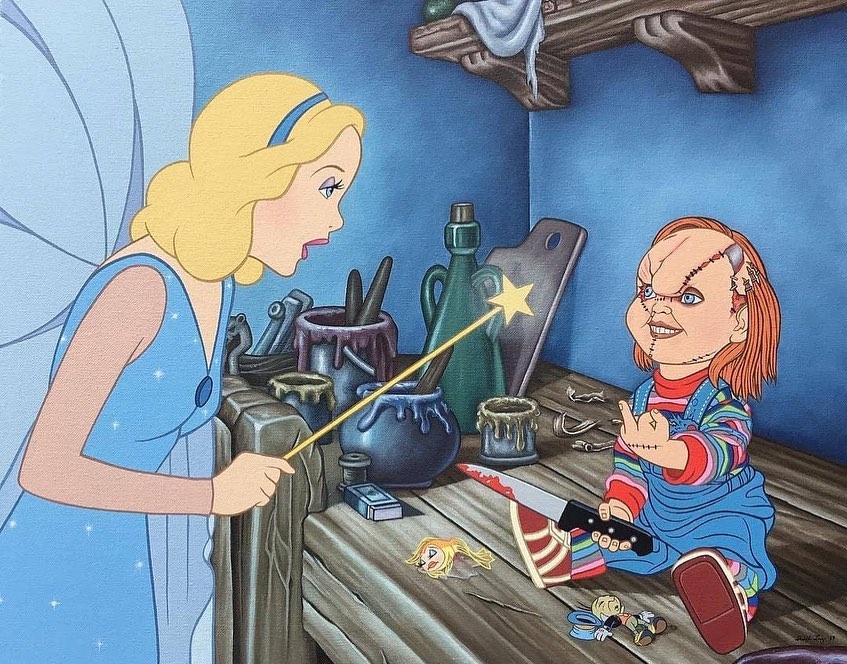 The monster salon with Cruella de Vil and Maleficent giving Frankenstein a makeover. 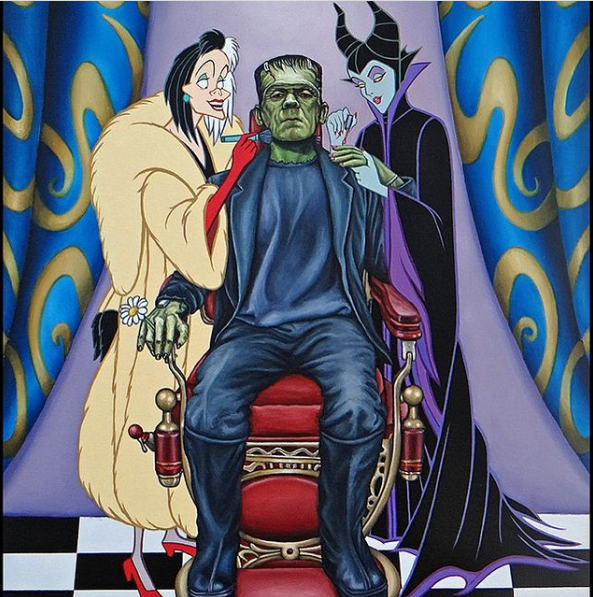 The creature from the black lagoon came across Ariel, and I’m guessing it didn’t end well for her. 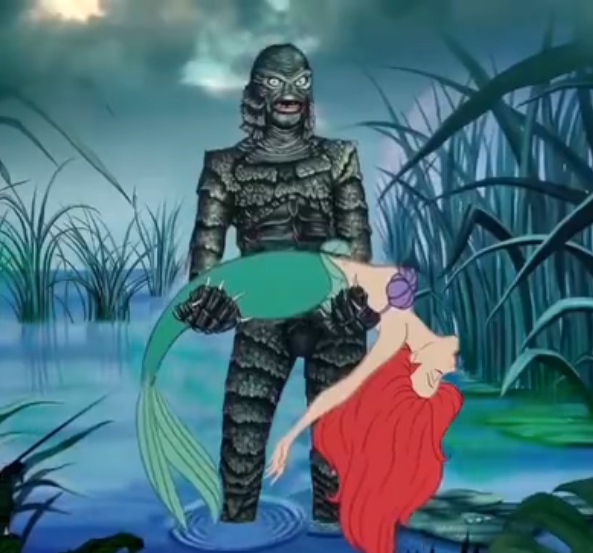 Somebody stop Jason Vorhees. Look at the little dead bunnies!

These are some of his best works compiled in an Instagram video:

Did you enjoy this fan art? Would you like to see similar cross-overs in the future? Share your thoughts with us in the comments below!