What if children cartoons were scary?

That is the theme of this series. You see, an artist wanted to recreate some of the most popular cartoon characters in the form of grotesque monsters. The reasoning behind that is unknown, but Dan LuVisi is a digital artist who loves doing this stuff. Nobody is safe from him, not pluto, not even mickey mouse. He puts a realistic spin on these characters while also giving them a whole lot of teeth.

Some of these even have short stories described in them. As in several art species, you can the characters are wanted for a crime or something else. And his art style is truly unique. It is not similar to how the characters are drawn initially, bringing uniqueness to his work. And you can see that for yourself by scrolling below to take a look.

#1 Donald Duck with no jaw. 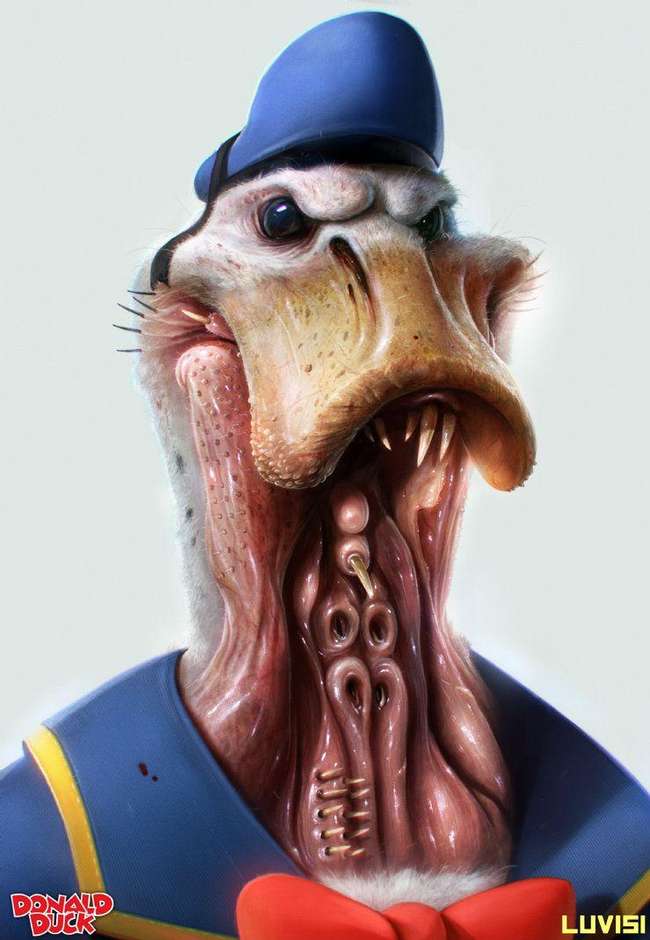 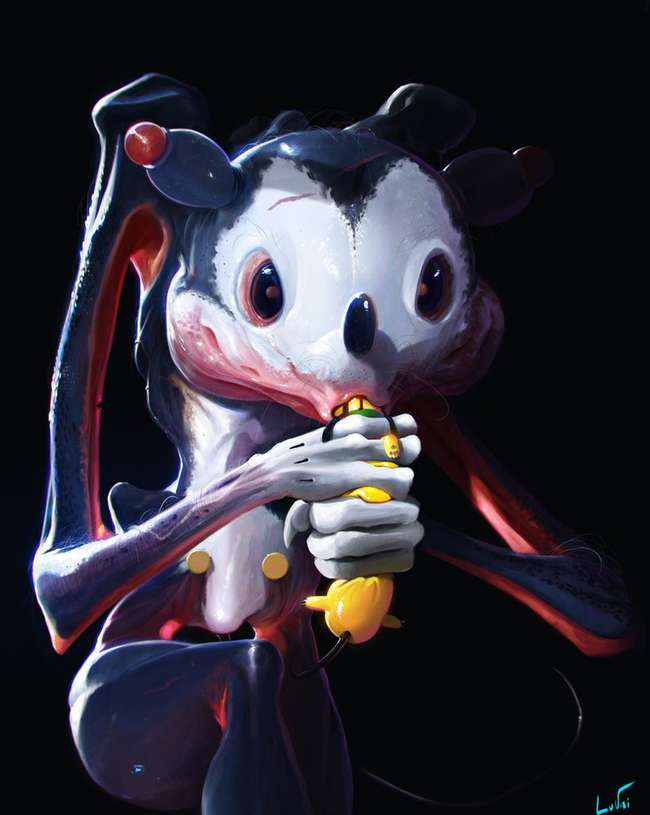 #3 Finn on an adventure. 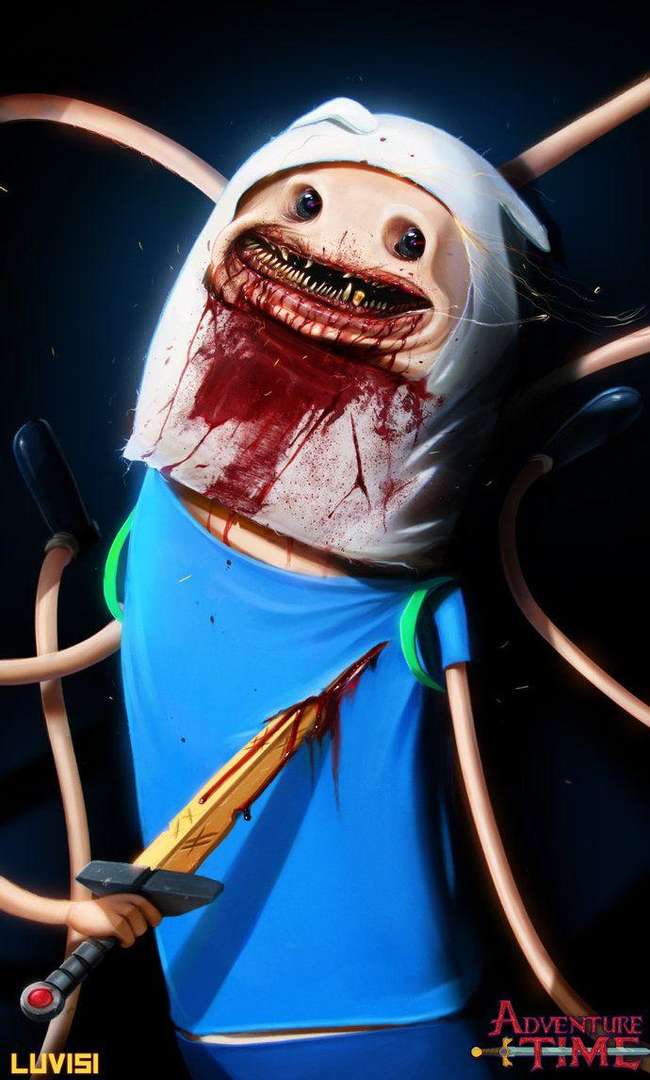 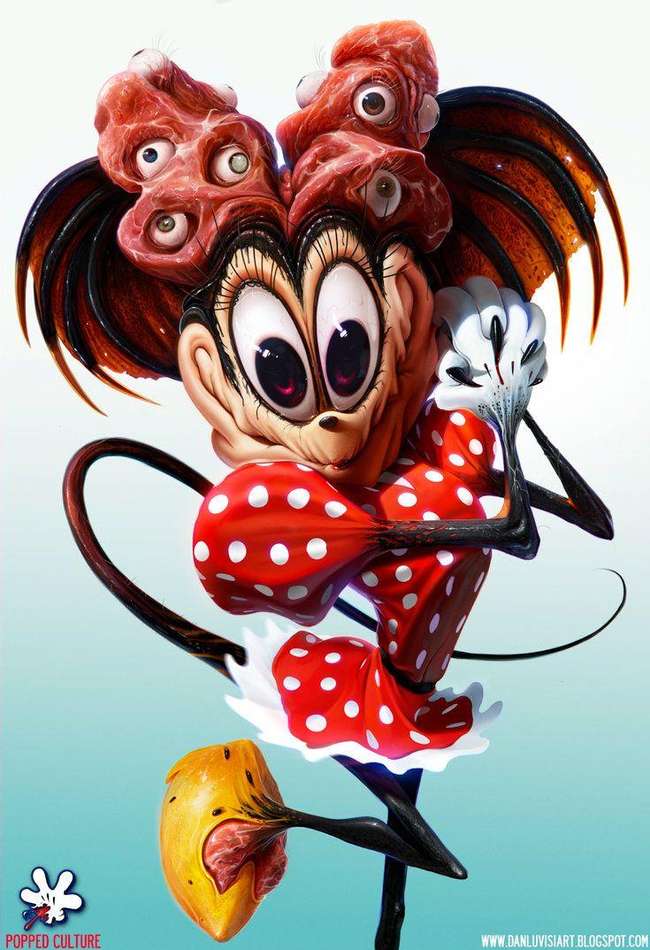 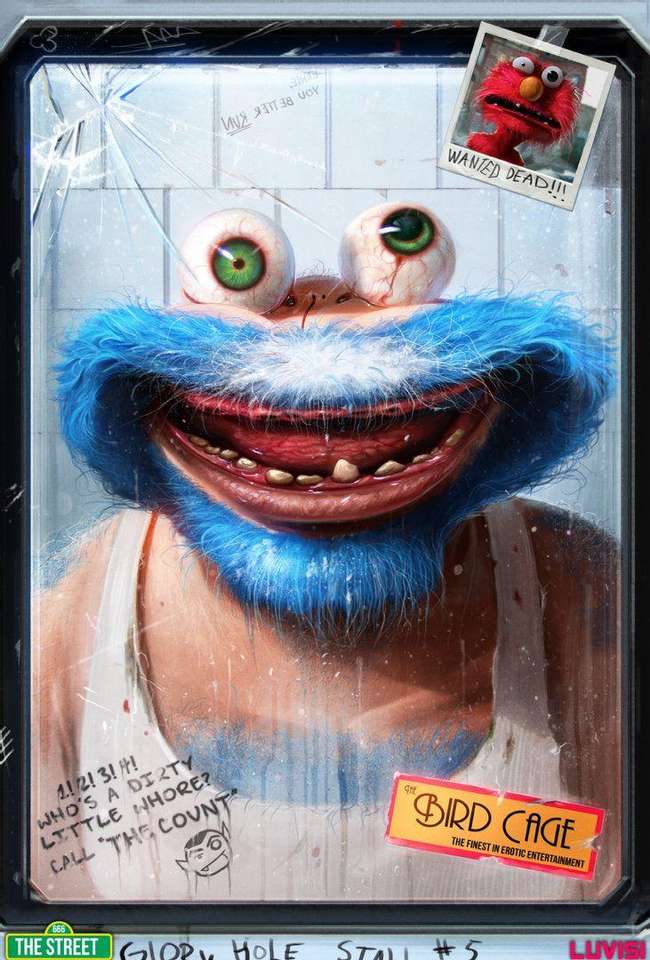 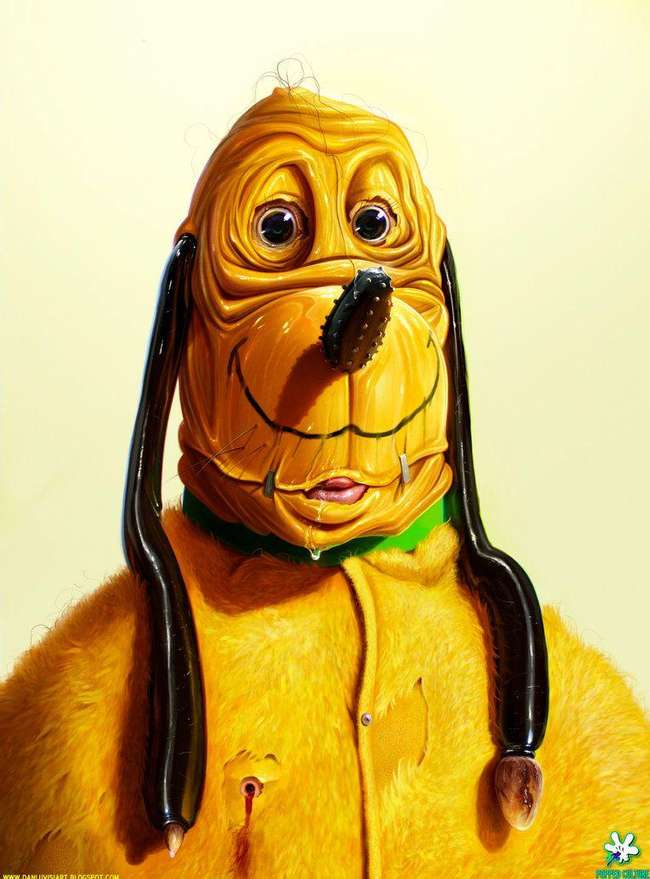 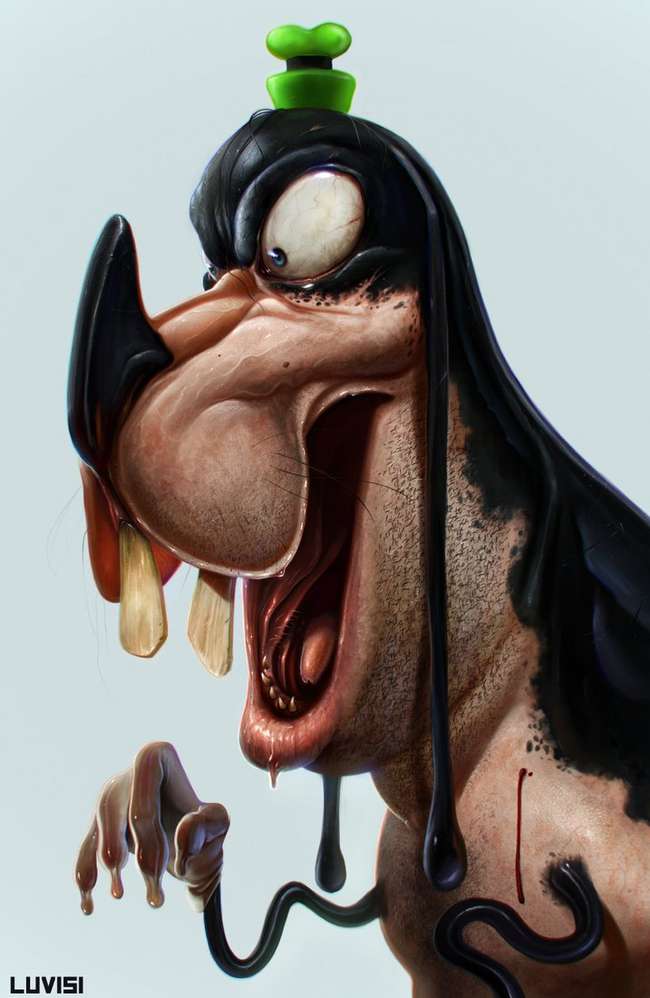 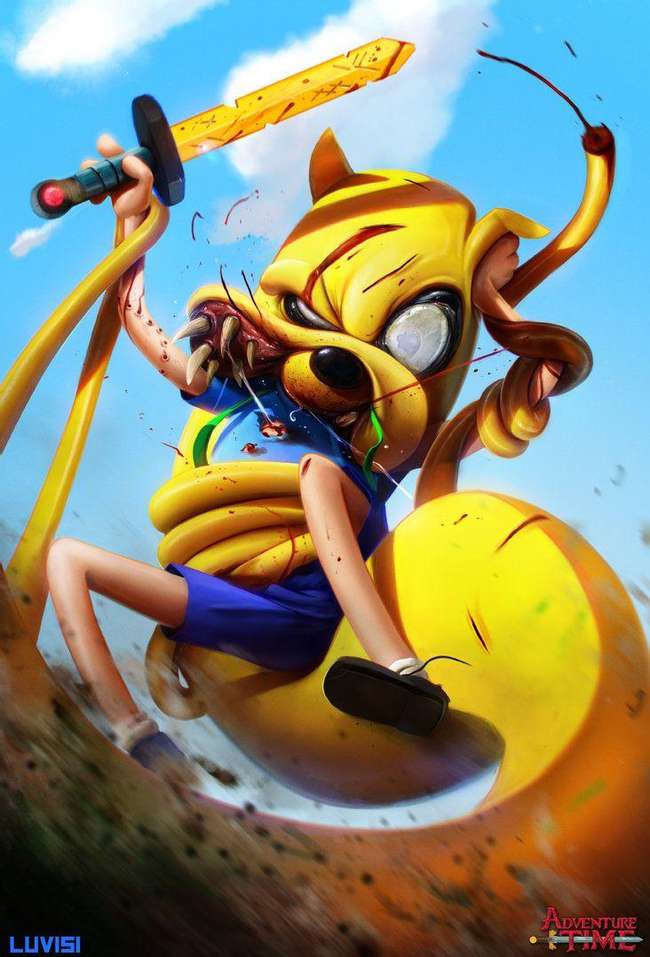 #9 When The Muppets and Game Of Thrones cross over. 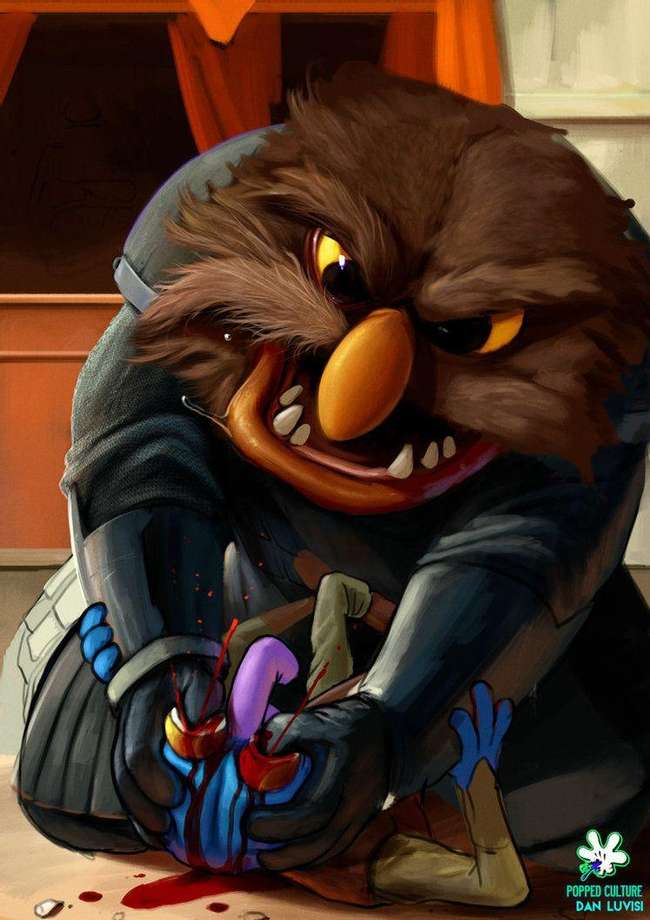 #10 Muppets doing a rendition of No Country For Old Men. 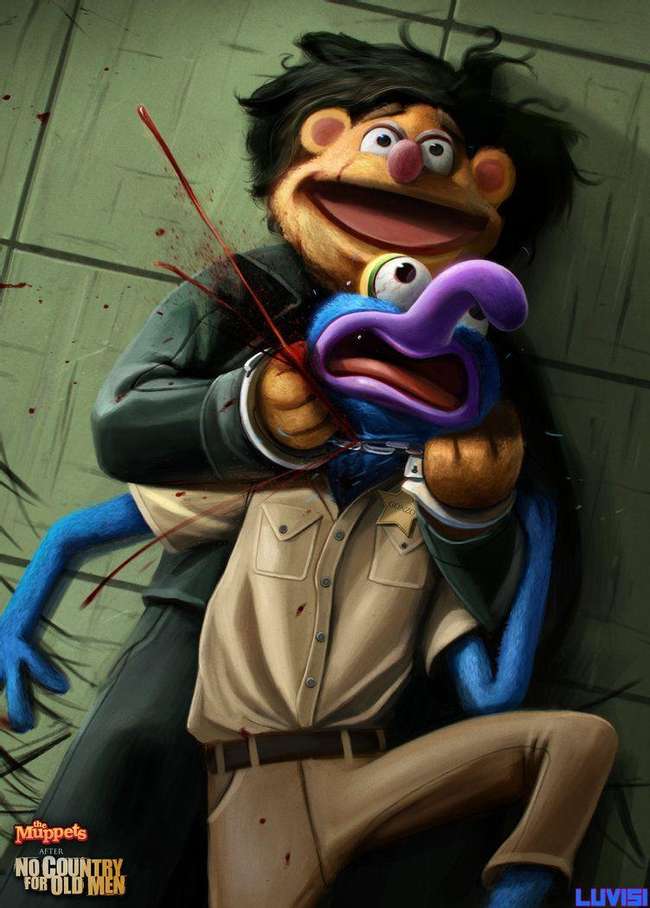 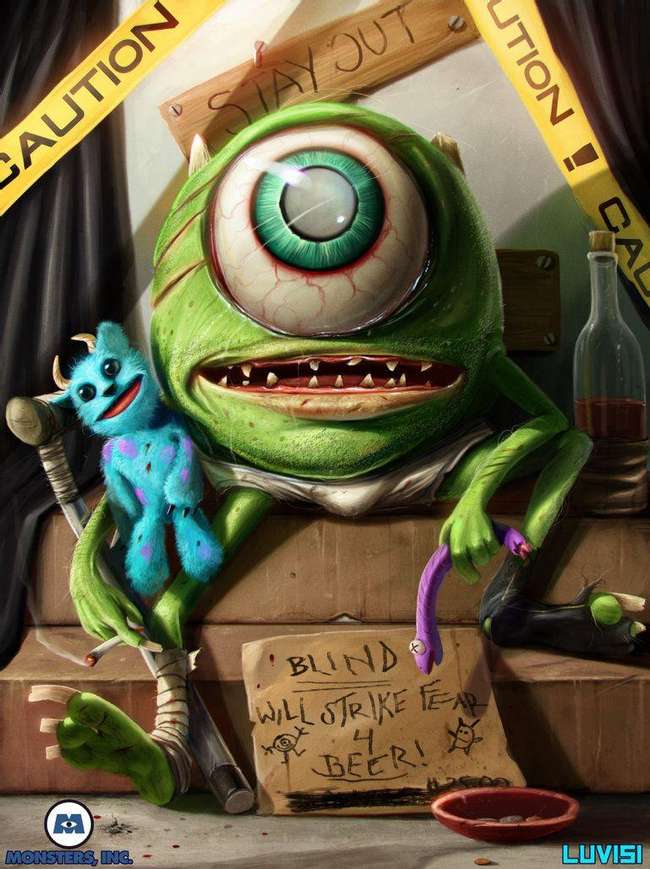 The monsters in Monsters Inc were always supposed to be scary. But even in that movie, the supposed most dangerous of them all just looked like a cuddly bear. Well, not anymore, as if this was how characters were portrayed in Monsters Inc, then we all would have had a lot of nightmares. I mean, Mike looks horrifying right there. I don’t think any child would not scream when seeing him, no matter what. 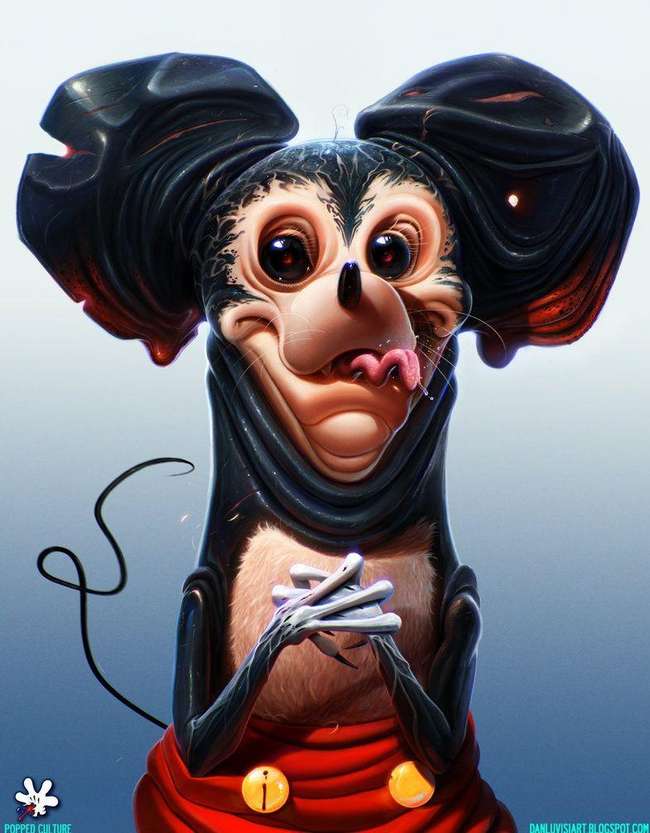 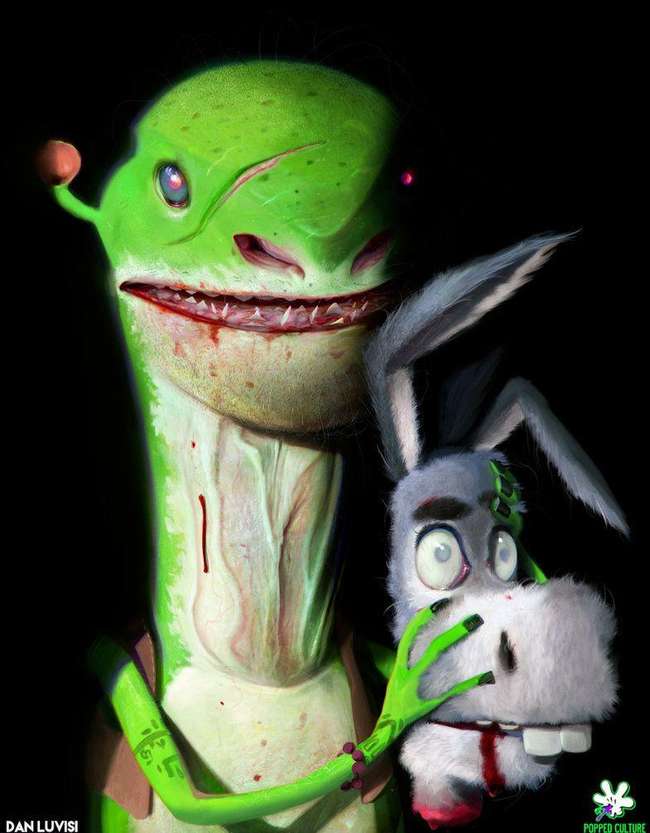 #14 Kermit living the life of drive. 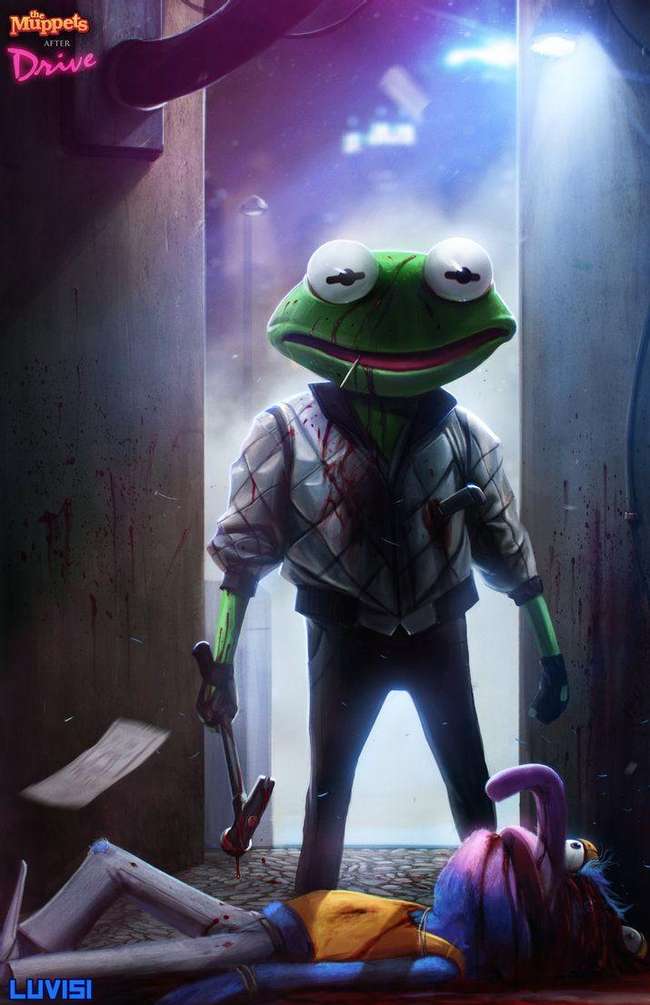 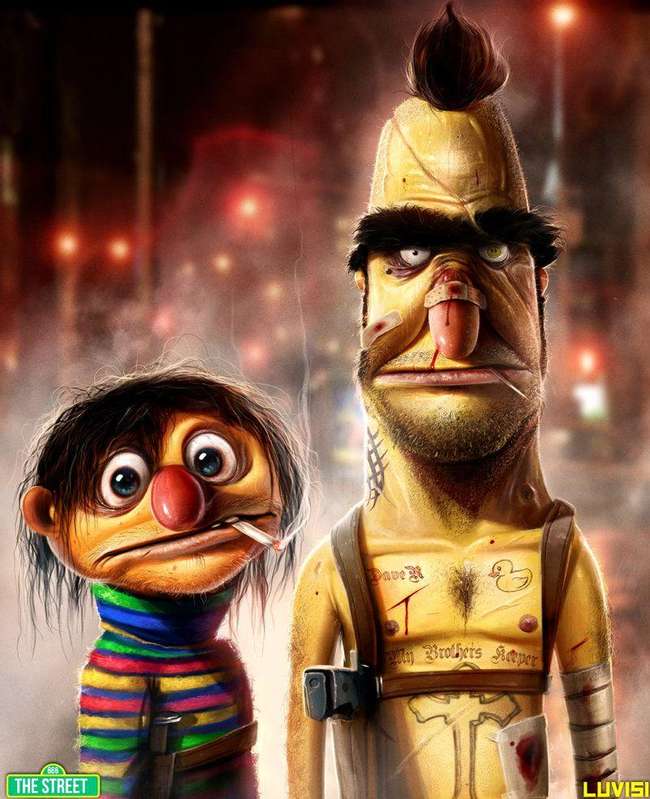 #16 Pikachu not worth catching at all. 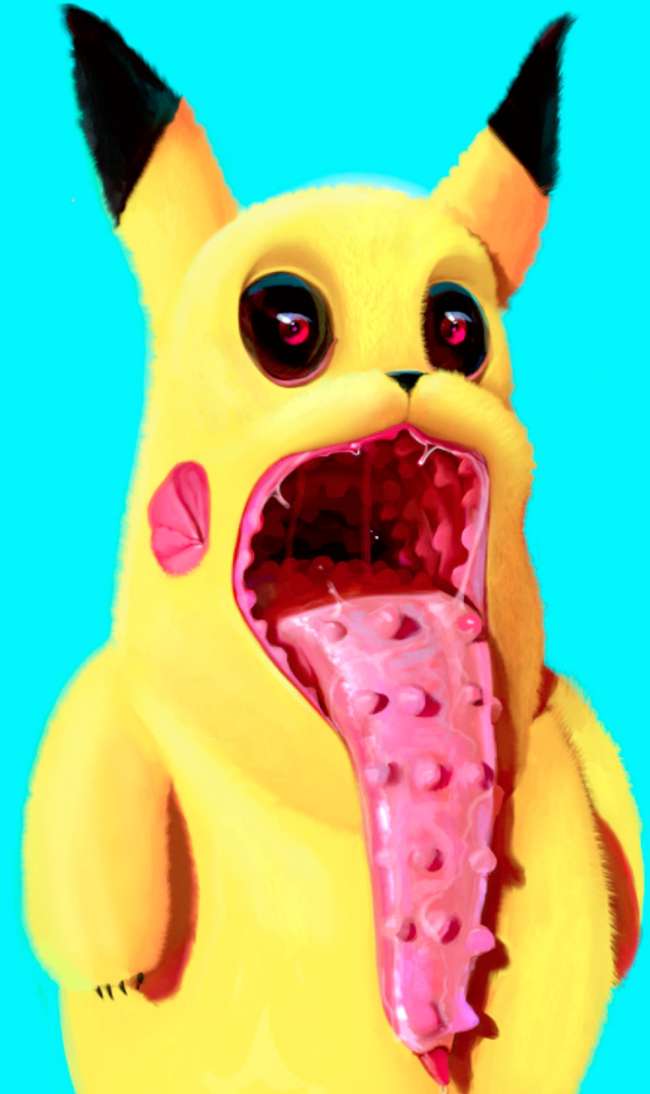 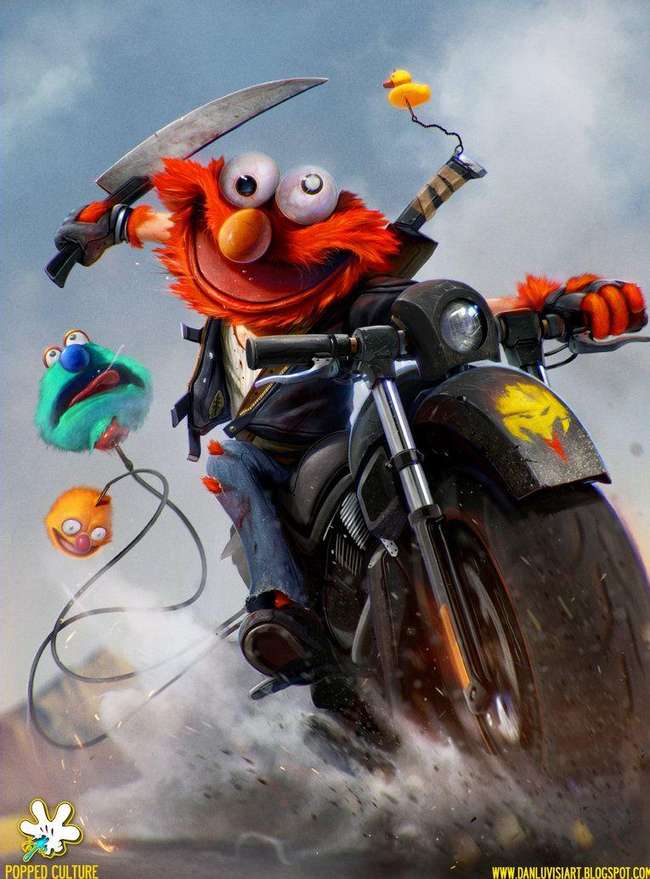 #18 Pumpkin King looking as dapper as ever. 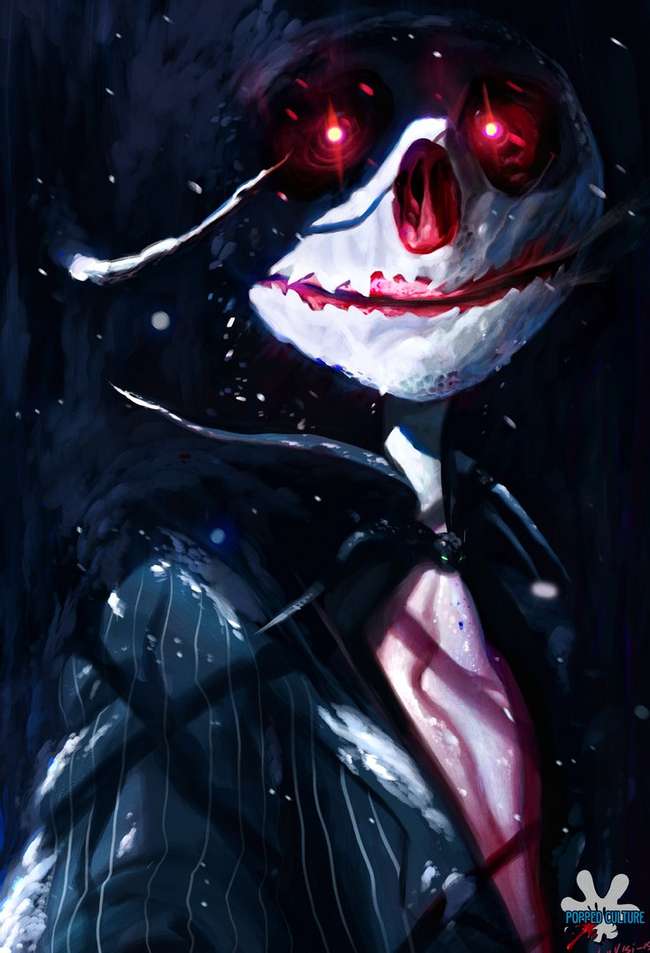 #19 Homer falling into the life of crime. 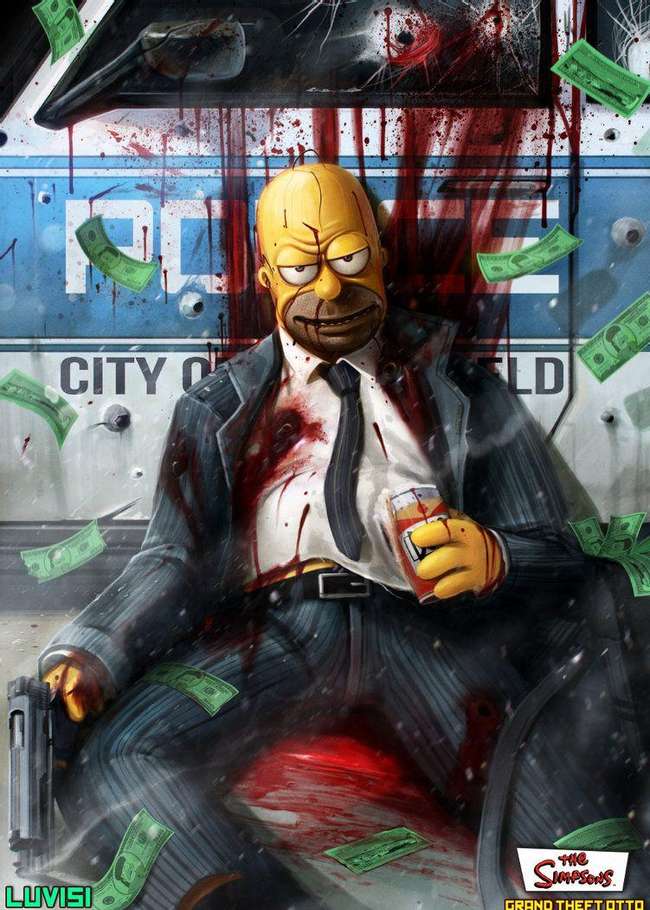 As seen in this poster, the artist has taken it upon themself to put characters in situations from other series or games, from Grand Theft Auto to classic movies like Drive. I don’t think anybody ever thought they wanted this. However, we all needed this because the art is beautifully done, and you can’t ask for more. 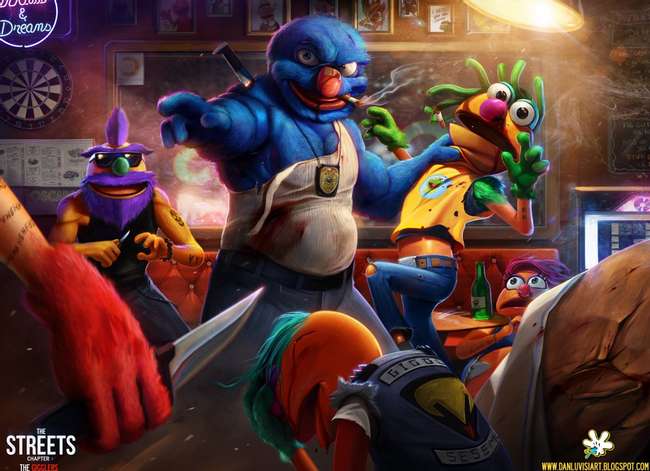 #22 Tiger getting ready for battle. 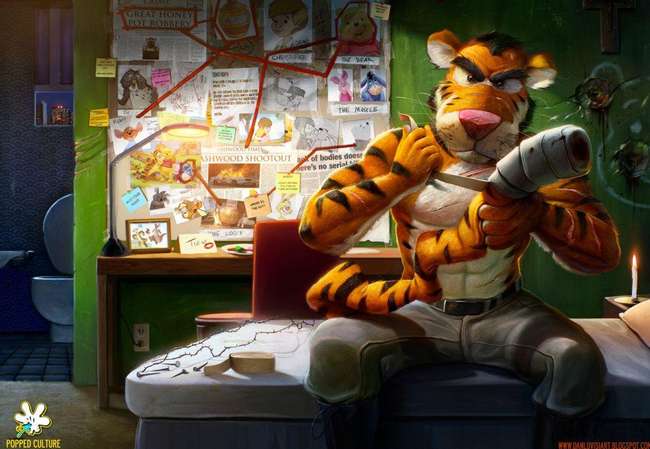 #23 The Simpsons with a ‘broken’ window. 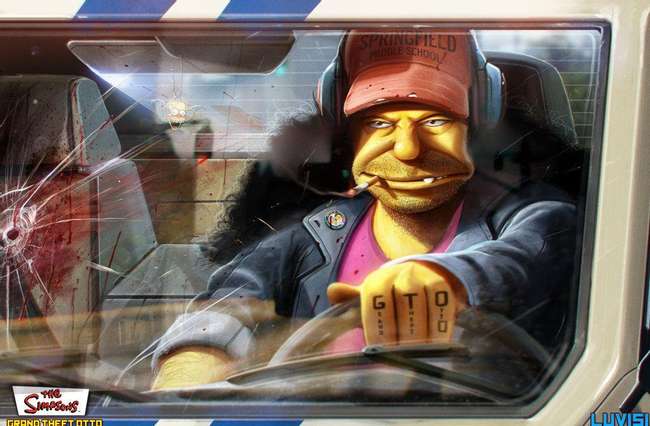 What did you think of these re-imaginations? Let us know in the comments down below. And don’t forget to share so that the artist can get the recognition they deserve for this unique and horrifying take on some of our favorite characters.