This man with the biggest heart in the world gave his dog a better future.

A sane man would always say never plan for more than a day. You just cannot predict what life will have in place for you, heck we don’t even know what will happen the next moment let alone the next day. I think we can all agree that life can collapse or boom very quickly, in no time at all. That factor of uncertainty is really high. We need to be considered but the exact opposite of that is happening. It is very unfortunate that humans of this generation are lacking quite a lot of that empathy that the previous generations were so full of. You don’t know what that other person is going through, or what struggles they went through to get where they are today, so you have to be considered, have to be empathic, and understand the sensitivity of situations better.

Just one example, think of those people who have to rehome their pet animals. Imagine the pain that they all go through. It’s like giving a piece of yourself away and doing it for that animal’s better. Owning an animal is not an easy task, to begin with. And when it comes to having a dog, that responsibility goes way too high. It is not easy to adjust with dogs as all of the breeds have unique personalities and characteristics. And it is perfectly normal if someone fails to adjust to the needs of their doggo, at least they tried. Failure is only an opportunity to succeed, ultimately because now you are better prepared.

This is the unfortunate situation of a person who met unforeseen circumstances and for the greater good, he felt responsible to de-home the dog for a better future. They decided to share their story on Reddit to get feedback from the community and the Redditors stood with them in full support.

Scroll down below to go through the story!

1. This person made a brave move by adopting a rescue dog who hadn’t really had a good past but was having a hard time giving full attention to the doggo. 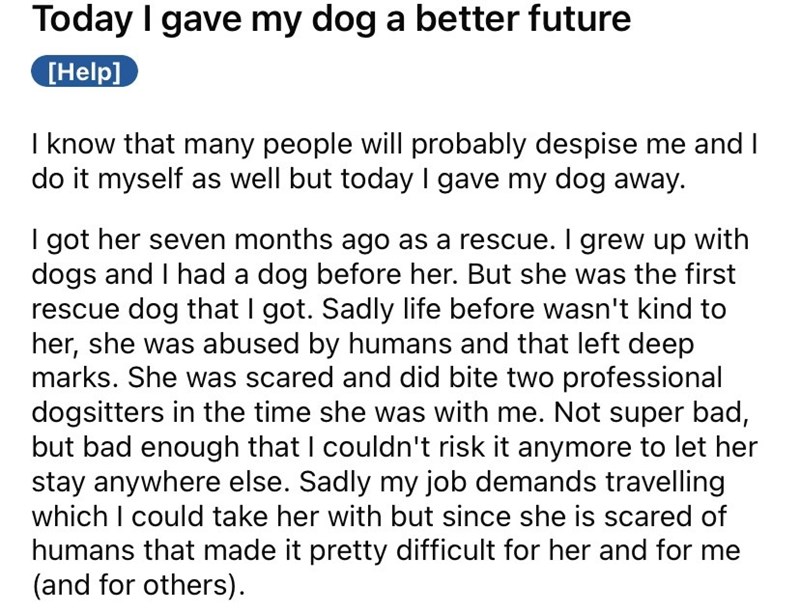 2. So her dog did not enjoy being outside regardless of him exhausting a lot of his resources to train the dog, she did behave indoors but not outside. But acquaintance came to the rescue. 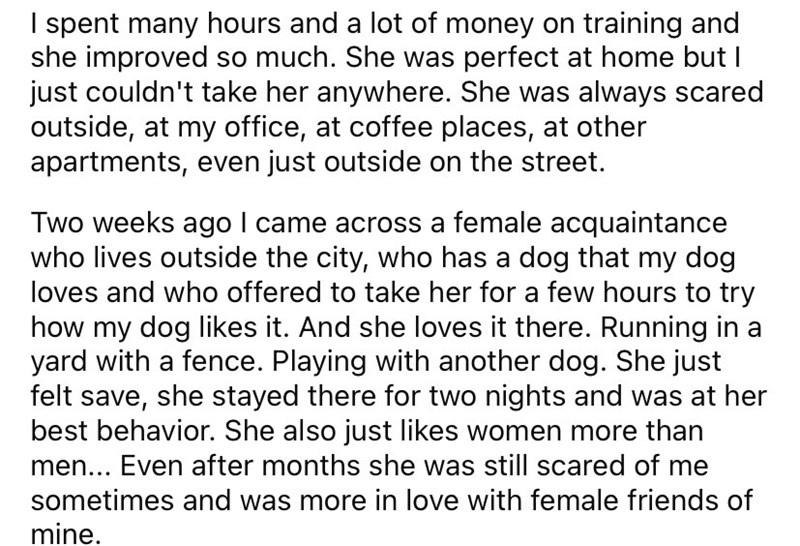 The acquaintance seems like a solution to me. If the dog feels comfortable around her and in the environment she provides the dog, then perhaps letting the doggo stay there for a better life could be a choice.

3. It was not an easy decision to rehome the dog but it was definitely a rationale decision.

4. OP was having a really hard time coping with the withdrawal symptoms, after all dogs do leave a deep impact, but it seems like the community let him know that he did the right thing.

Adoption is no joke, you are not supposed to play with an animal’s life. Just how we expect everyone to behave with children, we should expect the same behavior towards animals. Knowing that this person was not having a good time managing his animal and was stressed from life in general, giving the dog away to someone who could manage it well and actually give it a brighter future seems like the right decision.

The community instantly stood in support of OP and wasted no time in telling them what a hero they were for doing what they did. Check out these responses:

1. OP was assured that he is an hero for doing what he did. 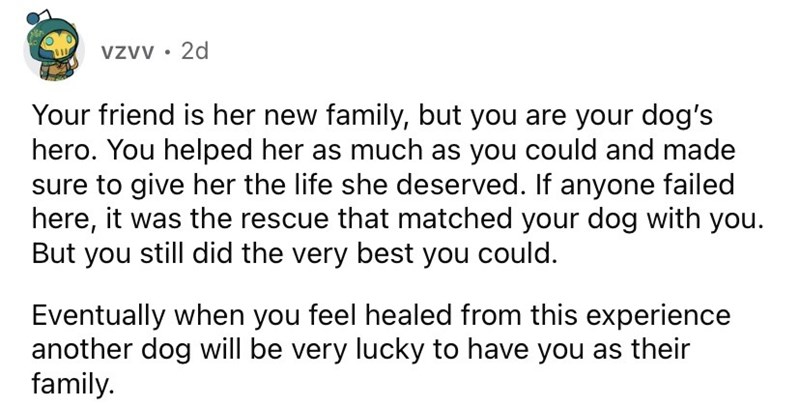 2. Anyone who says OP was wrong for doing what they did, is an idiot. 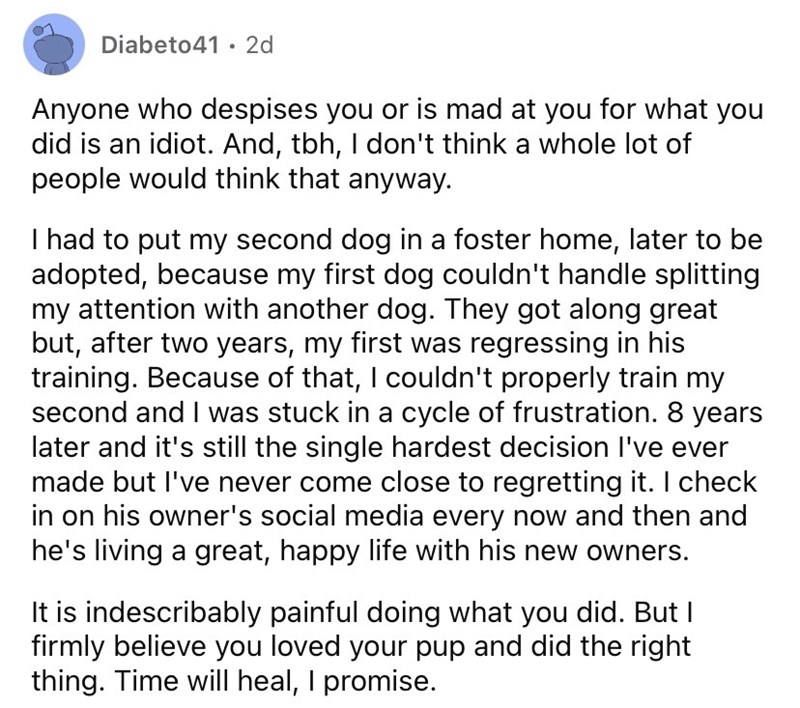 3. It was an emotional read for many members. When you hear someone who is left with no options, it makes you sad. 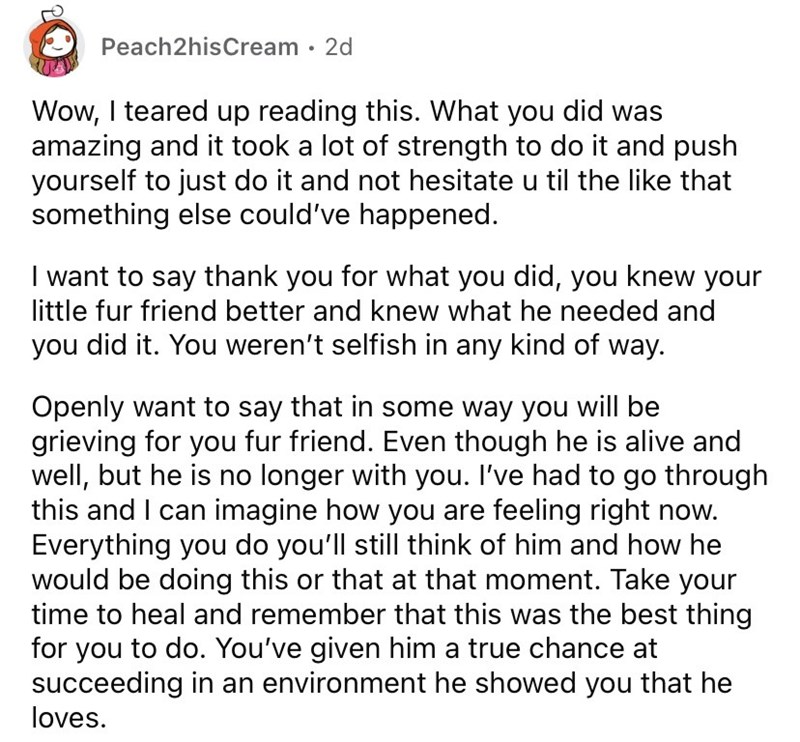 4. It takes a lot to do what OP did and they were definitely reminded of that. 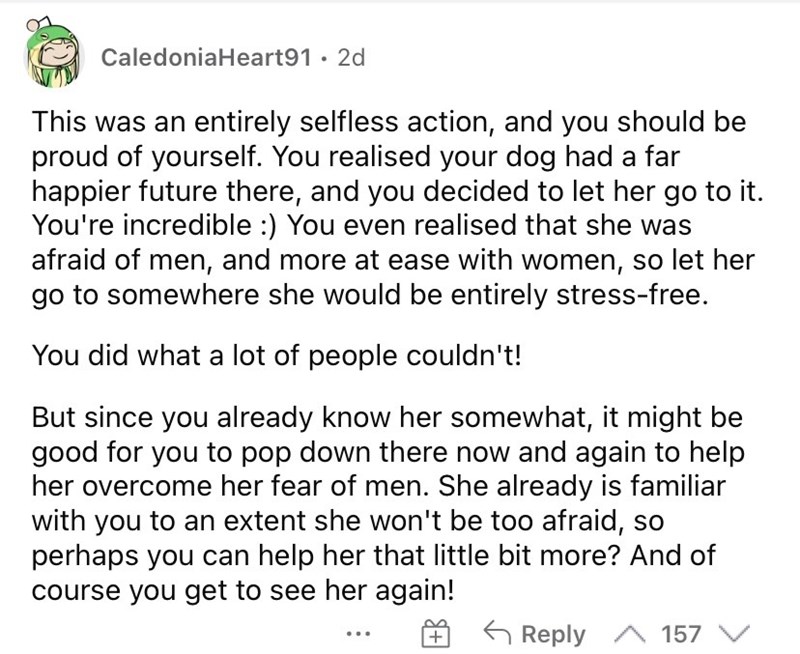 5. All that matters is that whatever decision was taken, was for the betterment of the dog. 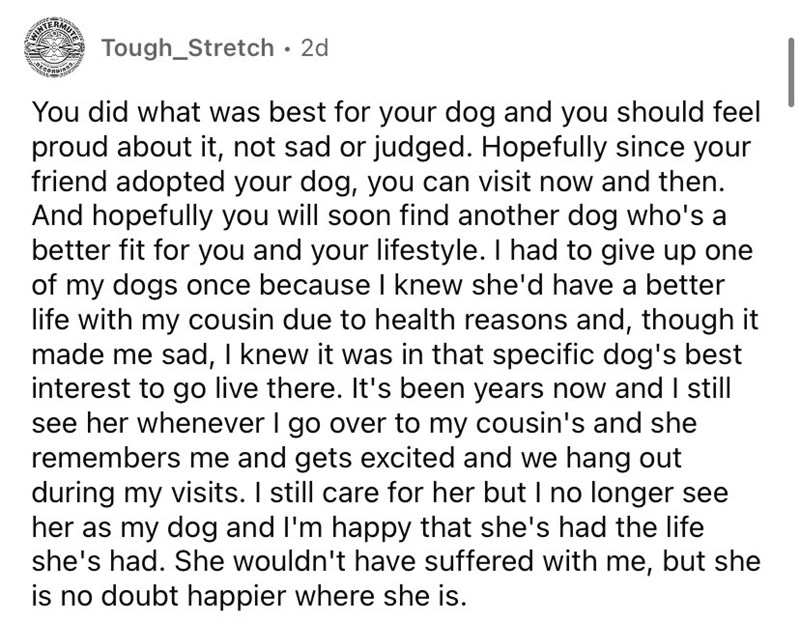 6. OP felt positive after people told him it will take time to heal, so don’t go hard on yourself. 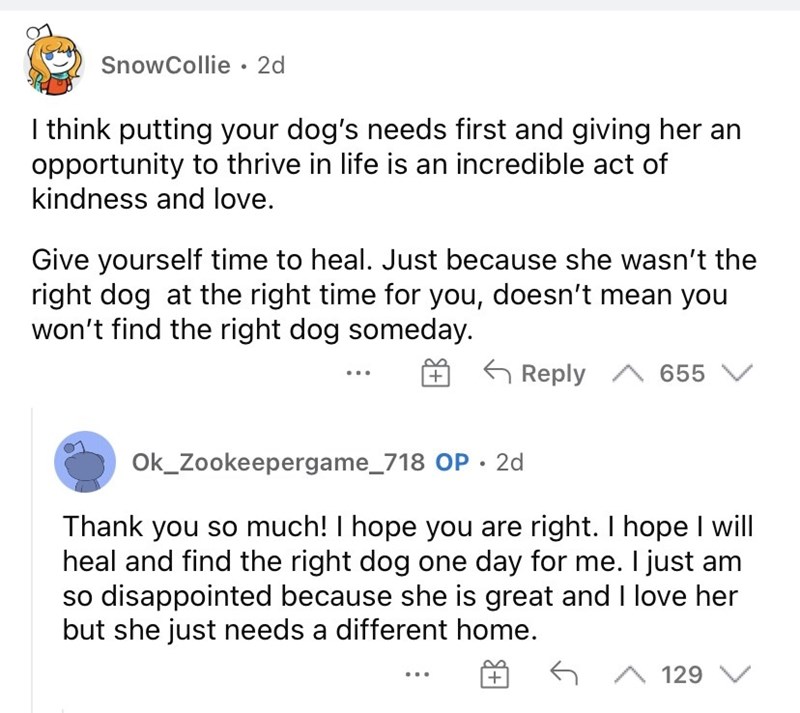 7. People gave personal examples of how things would have been had OP not prioritized the dog’s needs before anything else. 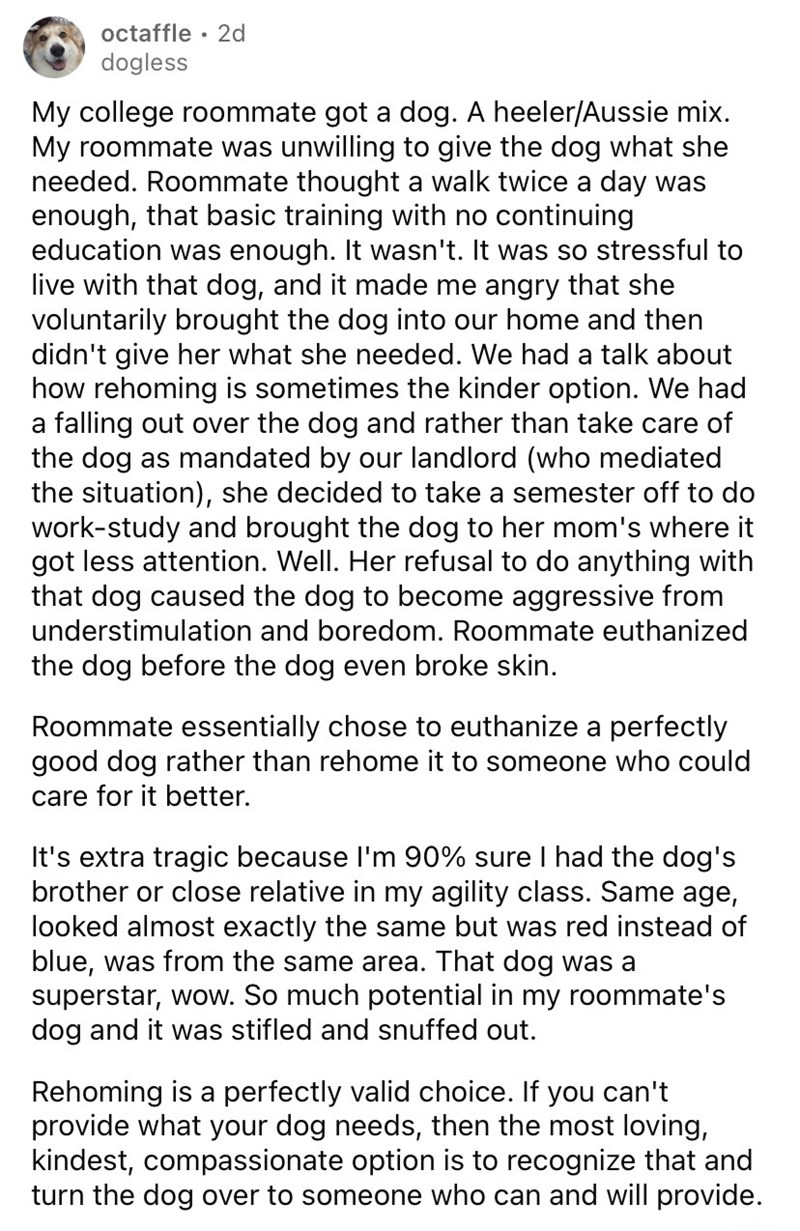 8. Support all around, these Redditors came in as a blessing in disguise.

What is your take on this matter? Do share your thoughts in the comments section down below.