Most of us say this quite a lot but we don’t really live by this sentiment. I mean most of us would give up a holiday with our family if it means scoring a huge client. And I am not saying there is a clear right or wrong here. However, families can be quite important and usually people come to regret their decision for not spending enough time with their family but by then it is too late and there is nothing one can do to ‘rectify’ the situation.

Thankfully that is not what happened to this person. As he learned quite early that family was much more important than his job. And he sort of vowed to always put them first no matter what. So that is how we ended up in this situation where he had to quit his job just to spend the holidays with his family. But it didn’t end there. The story is actually quite longer than this and you can read that for yourself by scrolling below.

We start off with a little background. 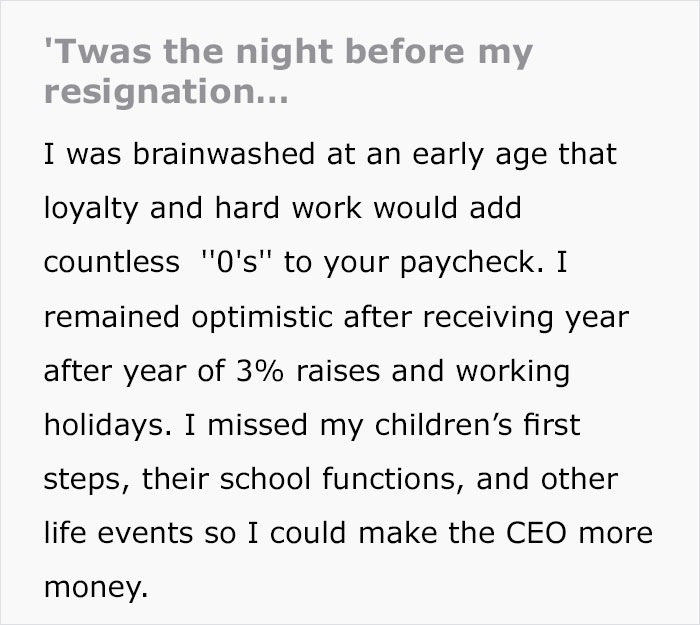 And learn that this person has had to deal with Companies like this before. 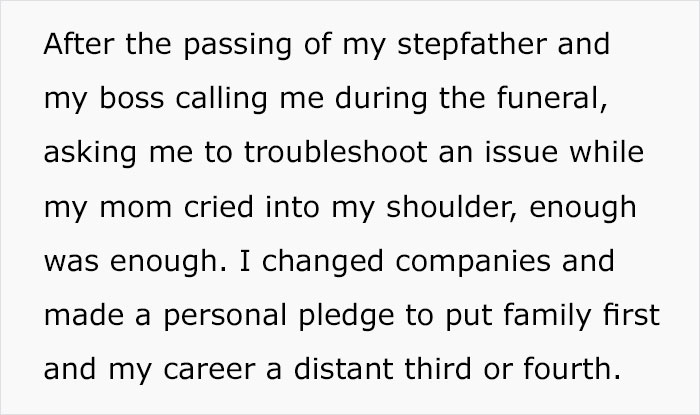 He is now working in another company. 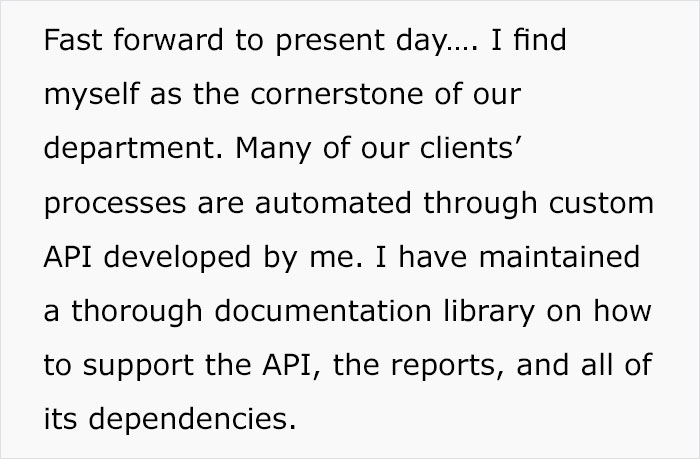 And it seemed to be going okay at first. 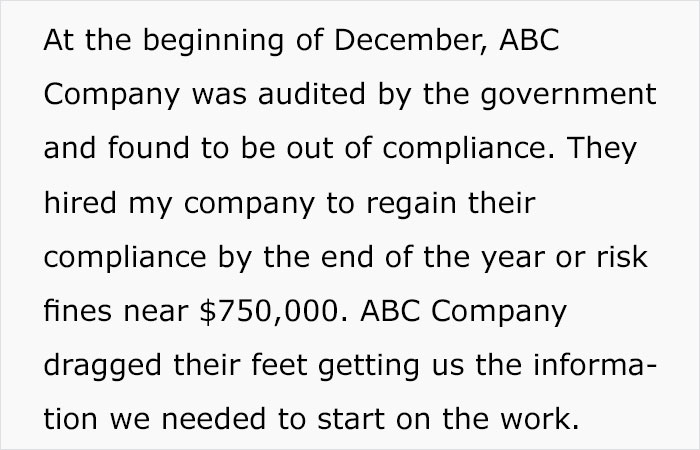 But the problems arose when Christmas hit.

He had even told this to everyone beforehand. 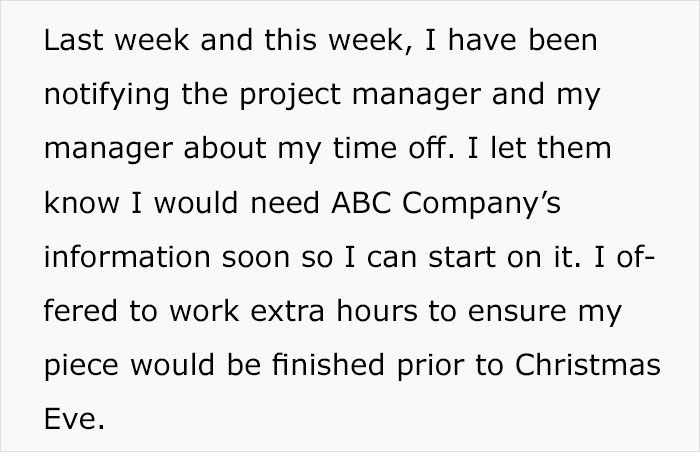 But the manager clearly didn’t hear him. 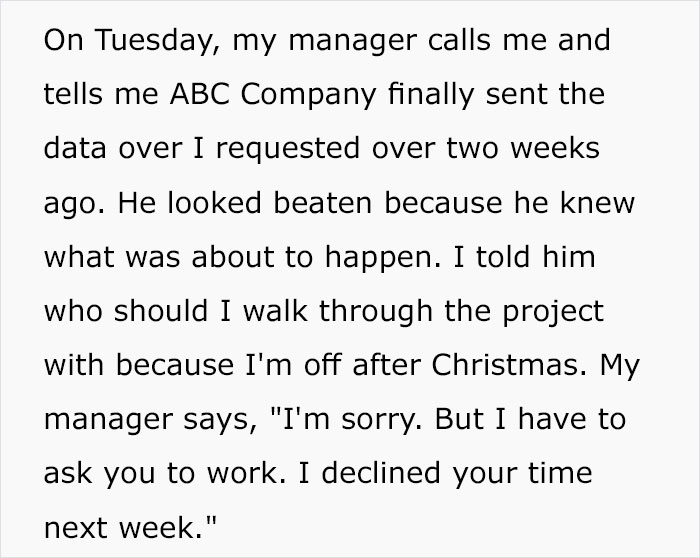 And not only called him in but also cancelled his yearly vacation time.

But he had enough so he resigned there and then.

And this is gonna cost the company a whole lot which is well-deserved. 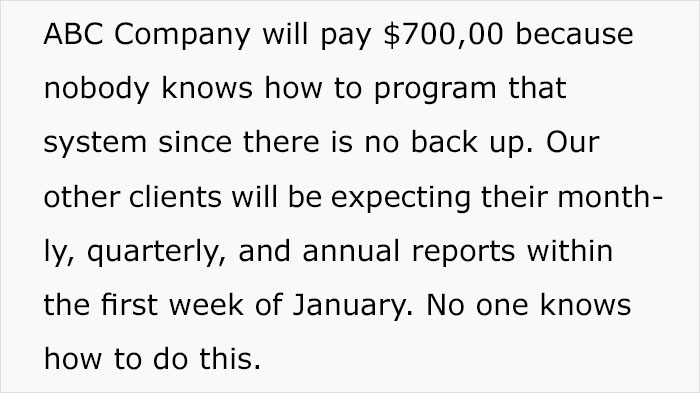 And he leaves us with this important message. 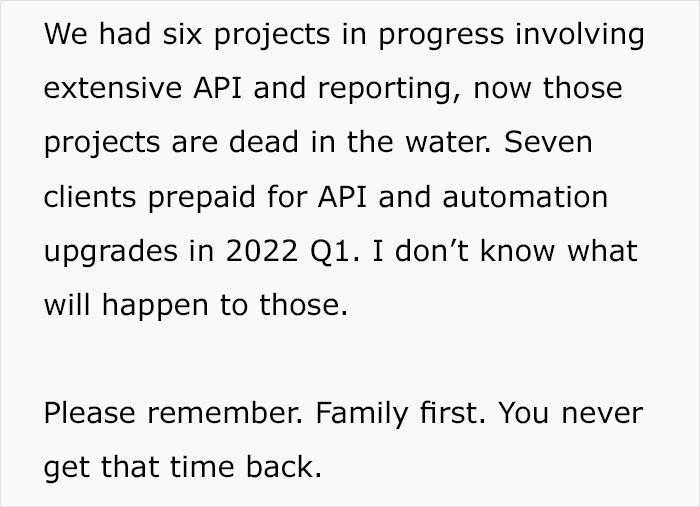 I know the saying ‘Family first’ sounds easy but it never is. After all, we have to balance our work and personal life. I wish we could spend all our time with family but money is what makes the world go round so work is necessary no matter how much you may hate your particular job.

If you thought that was the end then you are wrong. 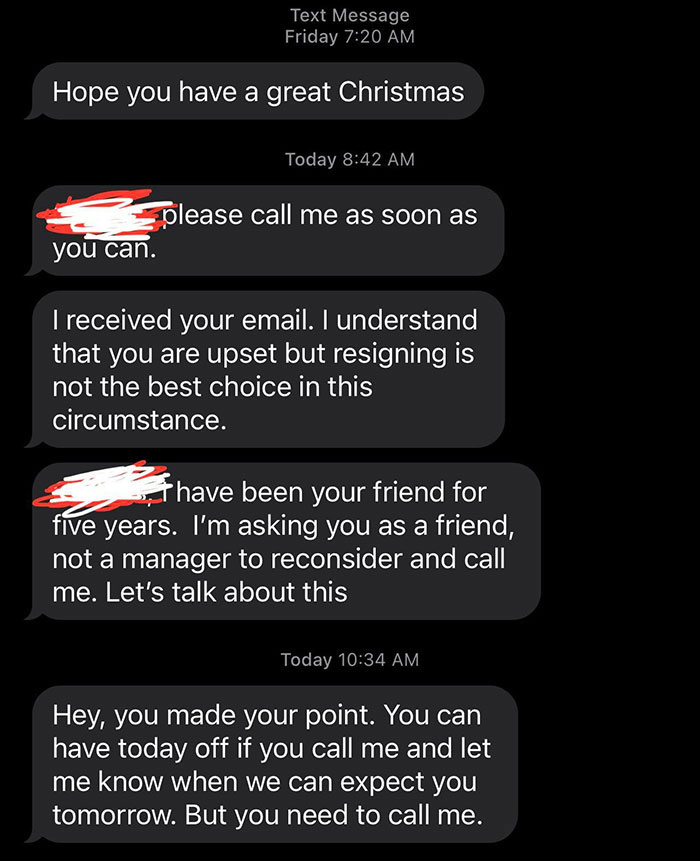 The manager was clearly shocked by his actions and said as much on texts. 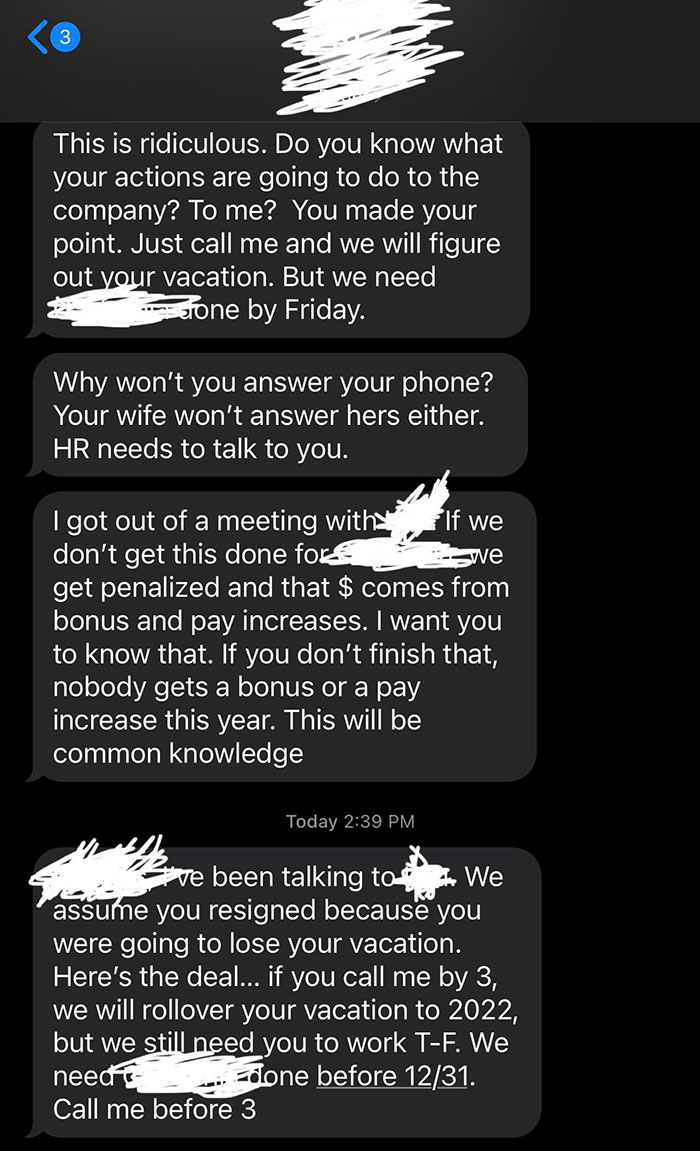 He was basically pleading by now. 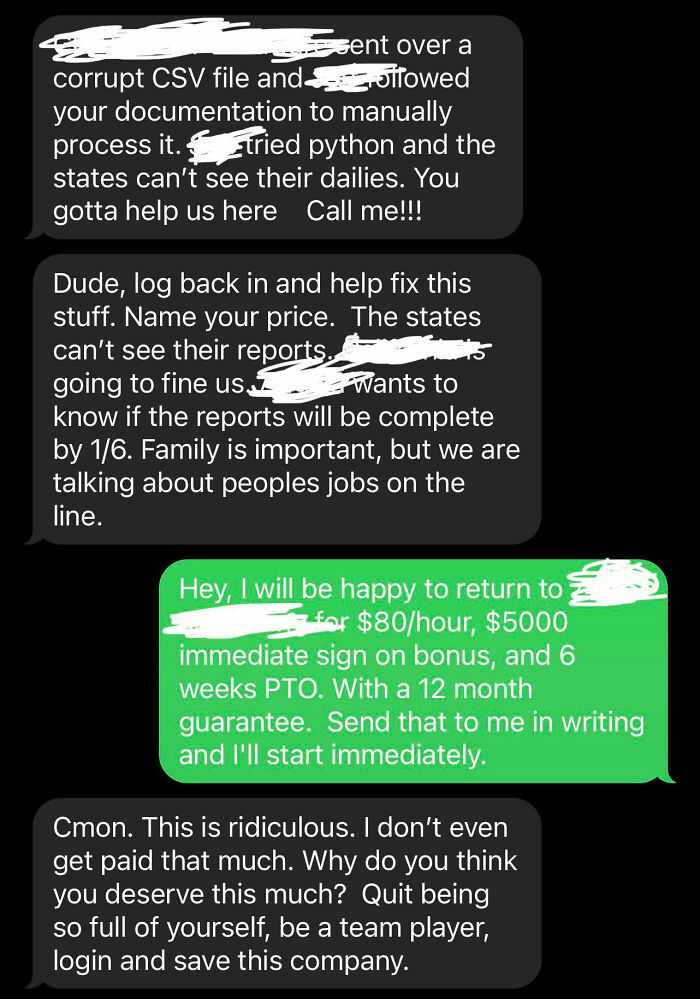 And even resorted to calling his employee’s father. 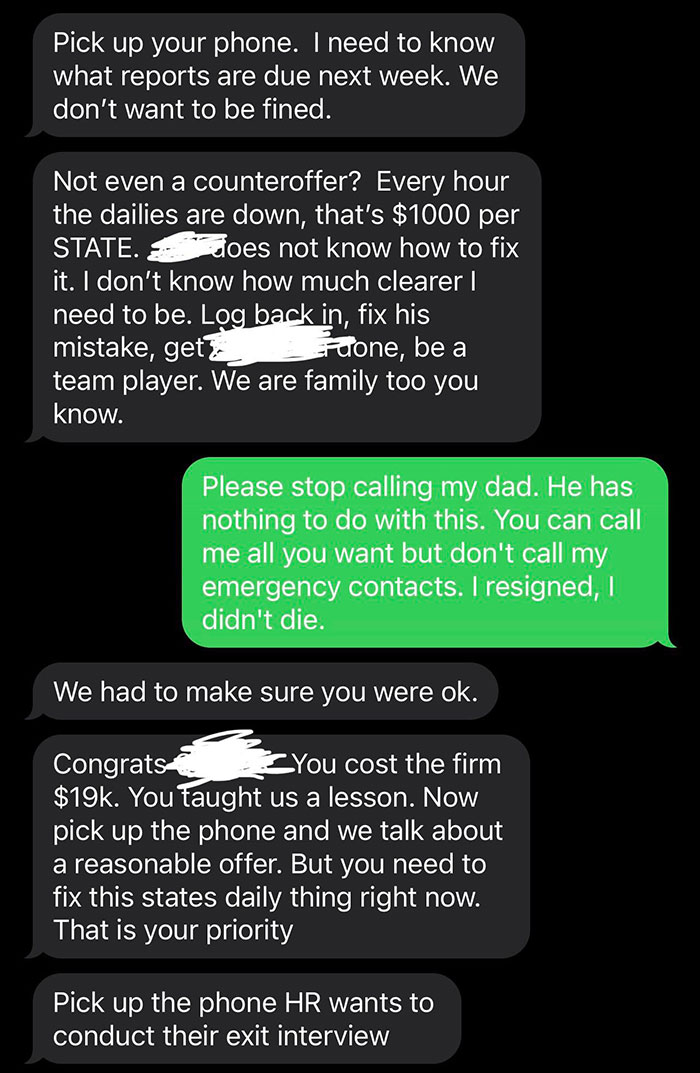 The manager is still talking like he is in charge when everything is falling apart around him. 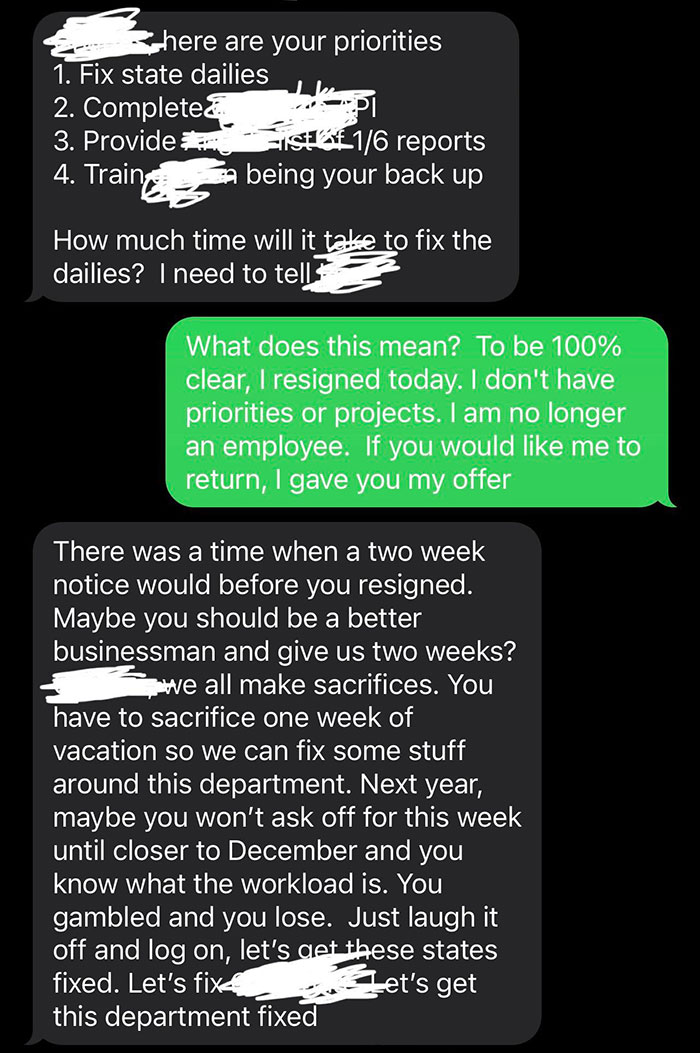 It is sort of funny to see the manager go through so many emotions. 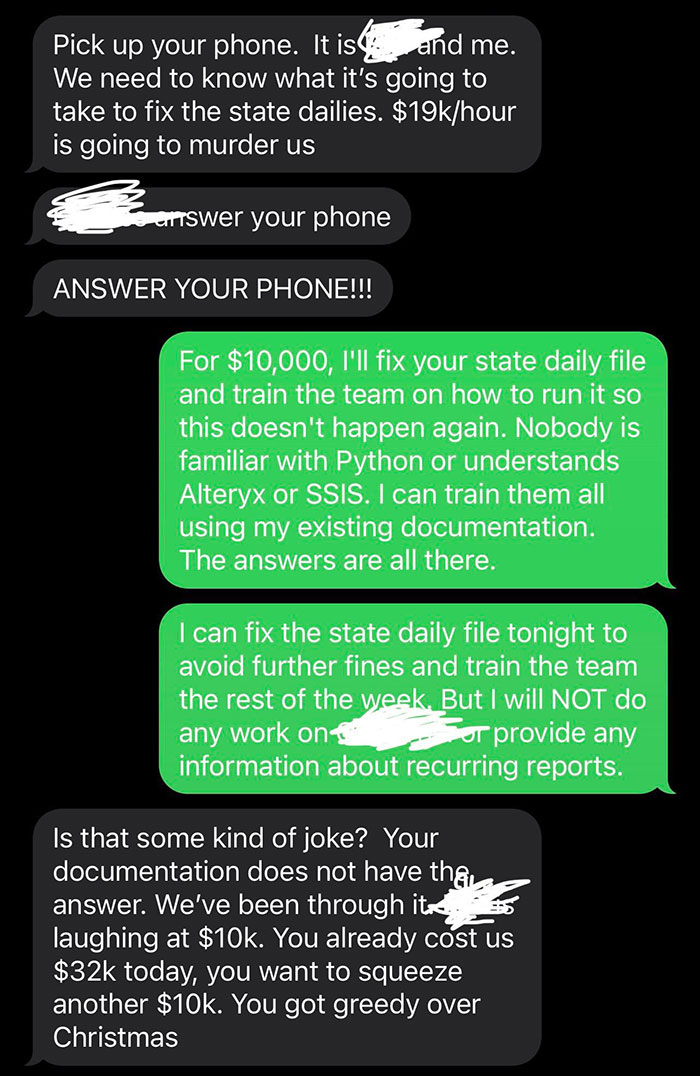 And he talks like it’s this employees job to fix the whole company. 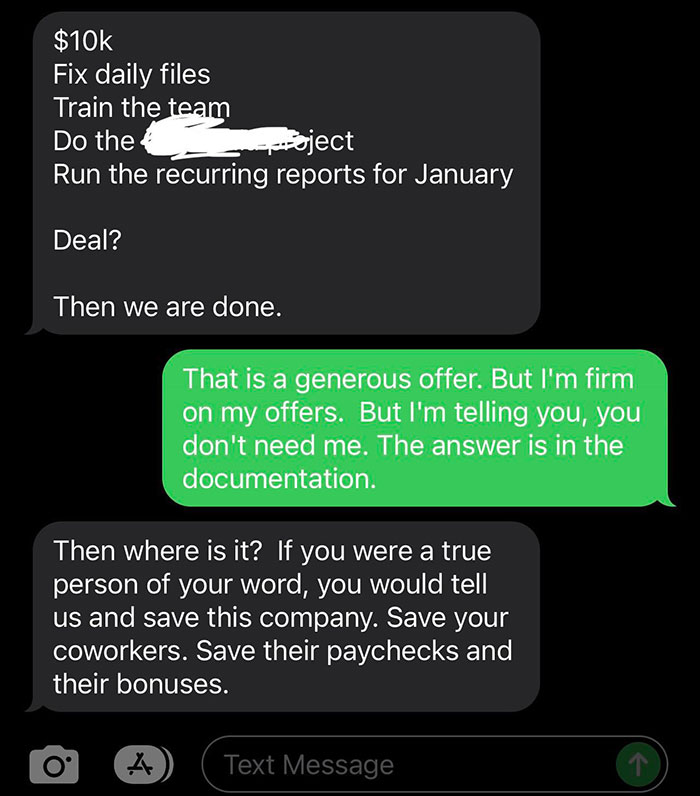 Things got even more interesting after the messages. 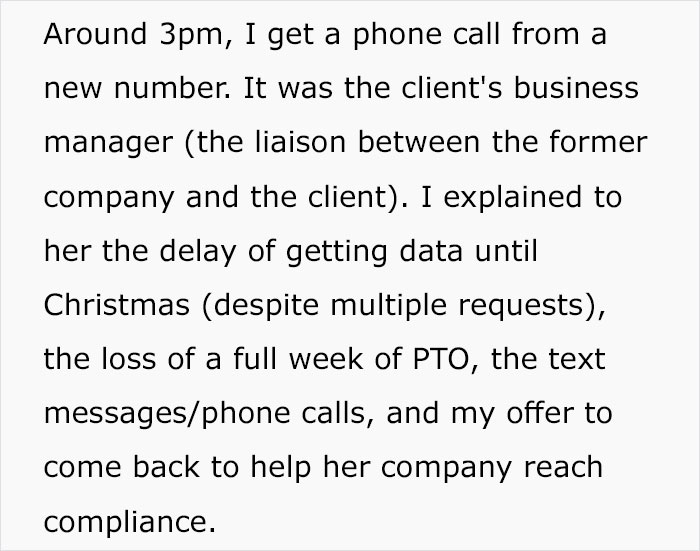 The company his employer was working for, contacted him. 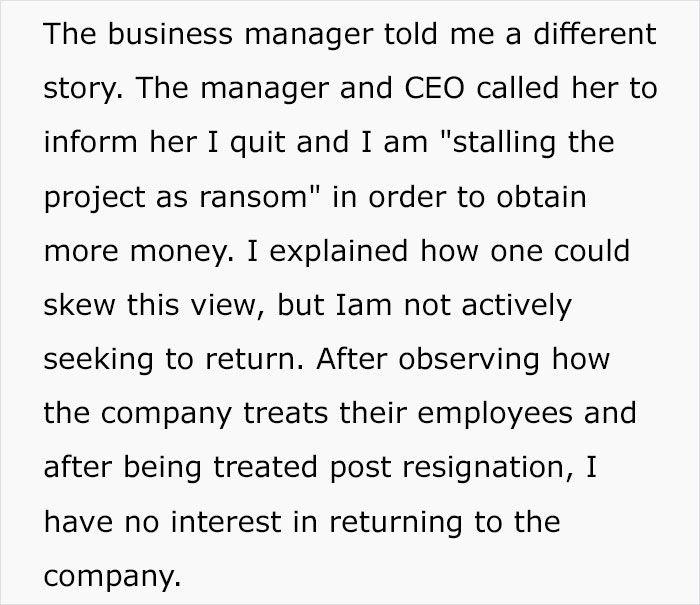 And they offered him a ‘job’. 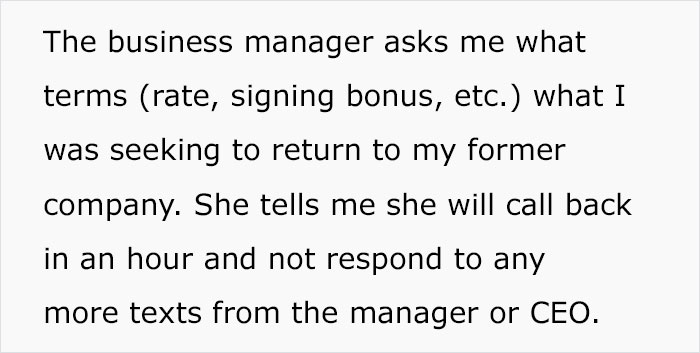 So this company asks him about what he needs. 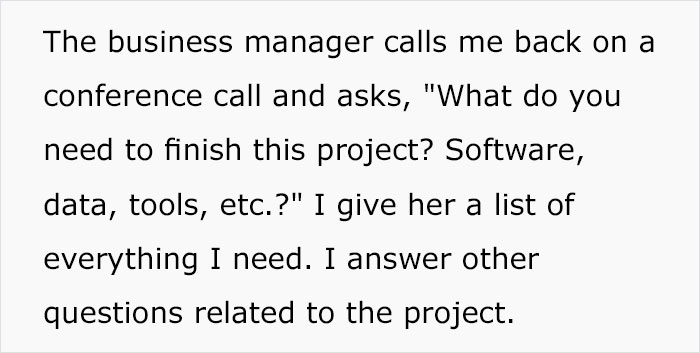 And promise to hire him as a contractor as soon as his previous company let them know. 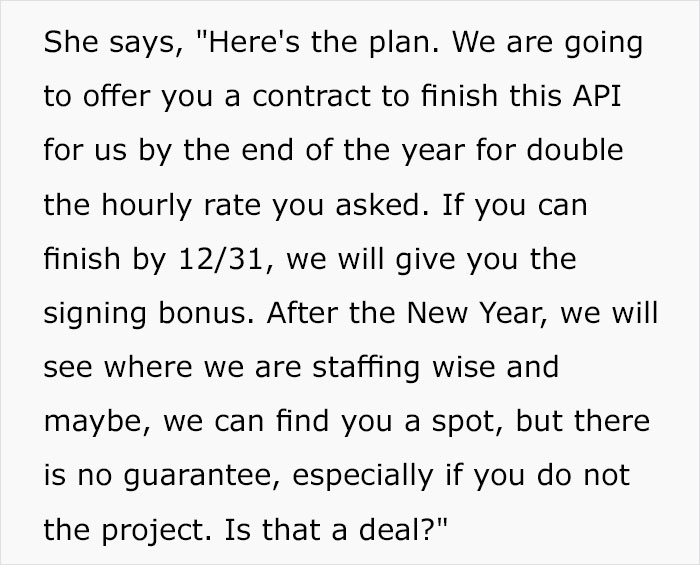 And that is how he ended up spending time with his family. 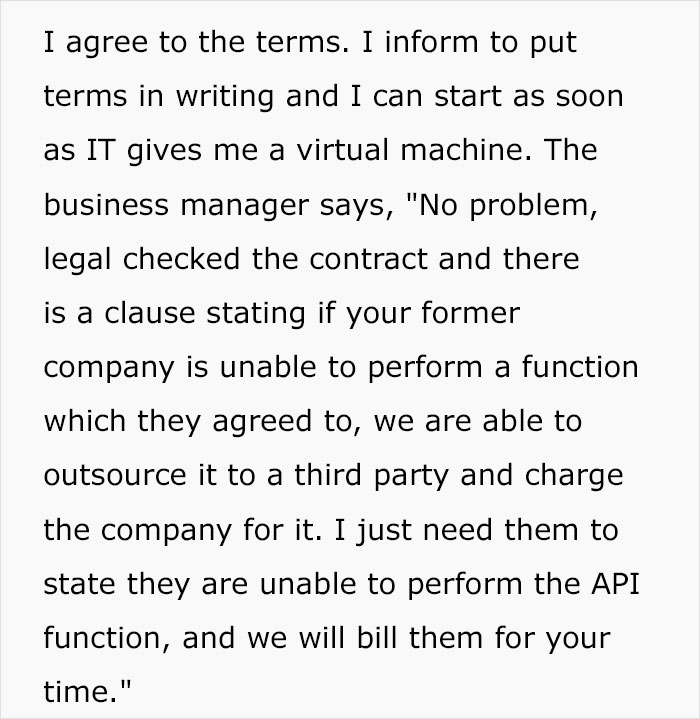 This is for those who didn’t wanna read the whole thing but I recommend doing so. 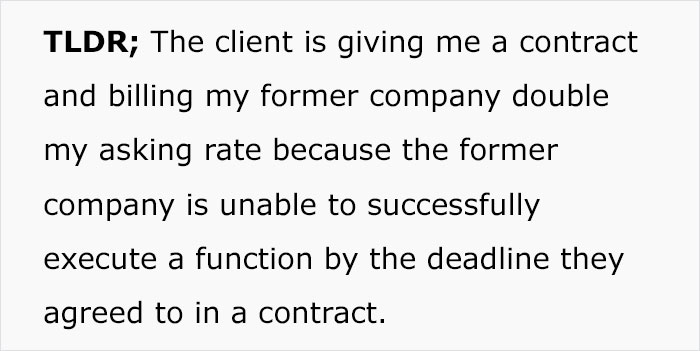 People in the comments were not surprised that he quit.

And the manager should have seen this coming.

I think we all need one after reading this.

A mistake that paid off for the employee. 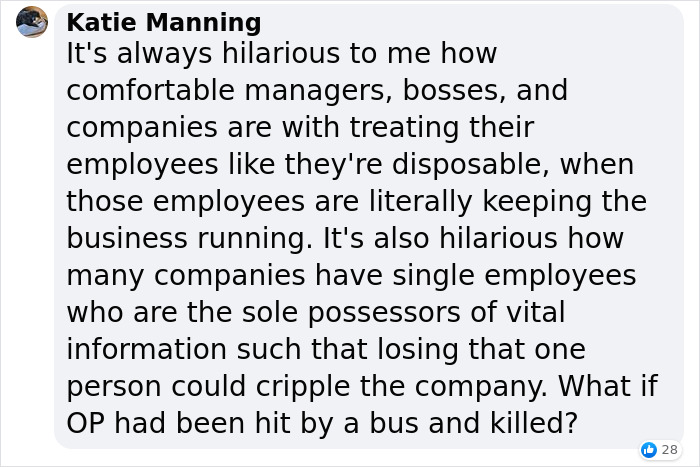 The manager clearly doesn’t know what to do without him.

Have you ever done something similar to this? If, so how did it go? Comment down below and let us know.