It’s no surprise to anyone that there are plenty of cheaters out there. In fact, there’s such prominent culture of cheating, that it’s common in songs and media to have “side pieces” which are your mistresses. I suppose we should have seen it coming because women romanticize escaping a stifling husband by cheating, and men glorify having multiple mistresses they cheat with.

Humans, in general, seem to have trouble with staying loyal. This story is about how a girl went over to dinner with her boyfriend’s family, and had a conversation about blood types. It is an unusual conversation to have, but she explained later that it came up naturally, and she knew her boyfriend’s blood type because of scholastic events. Either way, it’s pretty gnarly to be ousted for cheating in front of your family by a complete stranger through blood types. 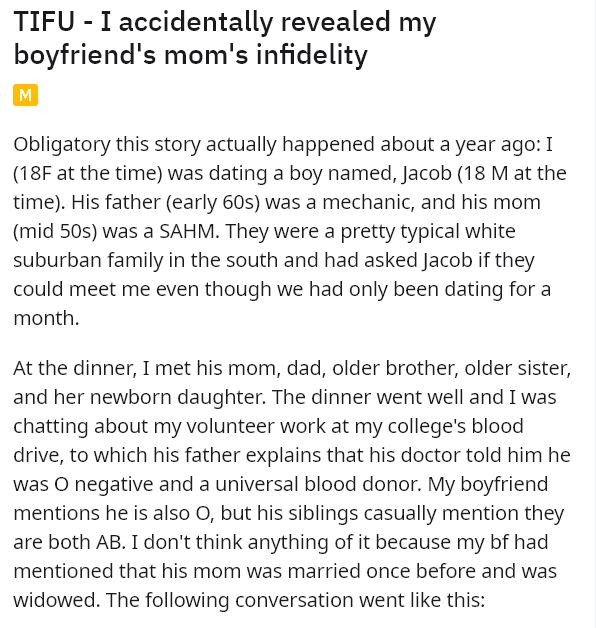 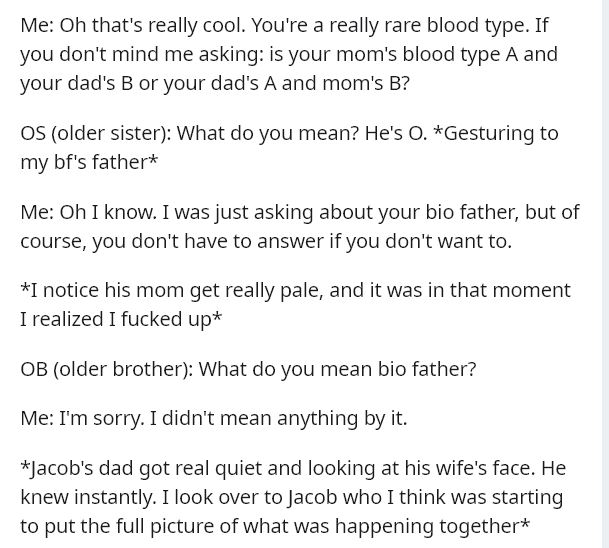 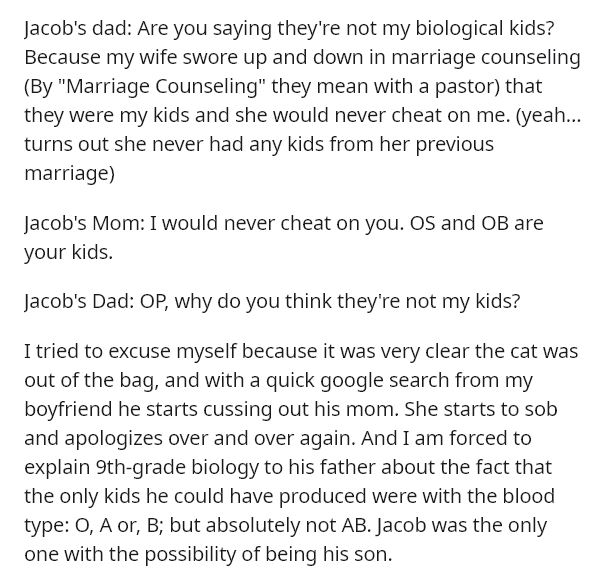 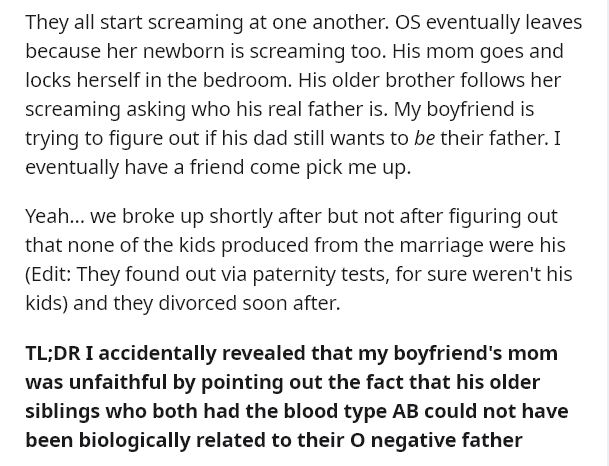 #5 Listen to this woman. Know your blood type. 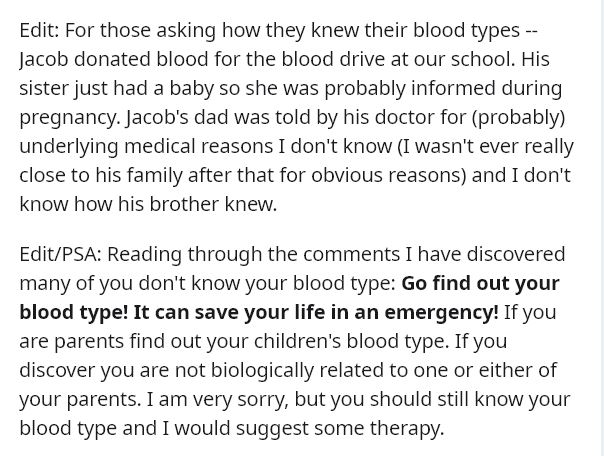 The commentators explained something fun, something interesting!

even though this is not the case here it is possible to have a A/B/AB mother and O father and still have AB children.

There is a rare mutation of the blood types called phenotype Bombay. It is definitely not studied in school so I can’t blame OP for not knowing.

The story is that this phenotype was discovered in a similar story to the OP’s. There was a there was a couple in India (Mumbai was called Bombay) where the male wanted a paternity test (back then it was made not with gene testing but with testing the blood types) if I am not mistaken both parents came out as O and the child was B, which should be impossible. So they accused the woman of cheating. But she was not and after a long search and legal battles they found out that the kid is indeed his. The mother genetically has blood type B but on a test it looks like she is O.

This is because of the undiscovered by that time H gene which is a precursor to A and B and so if you are missing the H gene even if you have A/B/AB gene your body cannot express them so your blood type is always O.

This is very rare condition – Around 4 per million world wide incidence but for middle eastern and southeast Asians is somewhat common 1 in 10 000.

This fact plus the way cheaper nowadays genetic test is the main reasons why we don’t use ABO system for paternity tests.

What do you think about her story? Is it wild? Is it too much? Tell us down in the comments!