The stereotypes surrounding vegans can be very true sometimes.

You meet a vegan for the first time and the first thing they tell you is that they are vegan. In my opinion, giving up meat is not a bad thing. You are quitting the process of cruelty that supports the butchering of animals while there are perfectly fine alternatives for humans to eat. I am not bashing meat-eaters either. Meat tastes delicious. So I guess we have to say to each their own. The problem lies when people impose their own personal choices on other people as if they are entitled to follow the same diet as themselves. A lot of people like to be aggressive and imposing when they switch to a diet and want everyone around them to do the same. It can honestly be a little annoying at times.

This woman on Reddit is planning to get married and has been trying to choose a menu. She wanted one meat-based dish and one vegetarian dish as a lot of her guests are vegetarians. However, one of them is a glutenfreegan and wanted to have the menu changed just for herself. Scroll down below to read how the woman dealt with the situation:

The caterer allowed the couple only two entree choices for the wedding and they wanted one with meat and the other with vegetables. 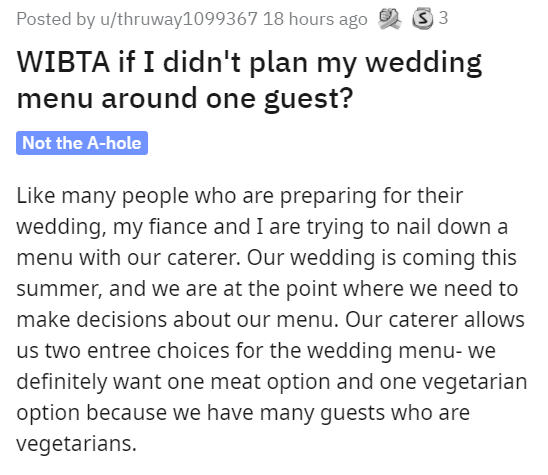 One of their guests, Lisa, is a glutenfreegan and always brought the couple meals that were gluten and dairy-free. 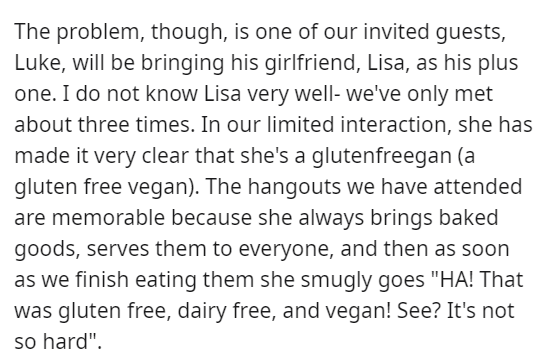 Lista texted the soon-to-be-bride and started giving her unsolicited advice for alternatives to having gluten-free and vegan meals at the wedding. 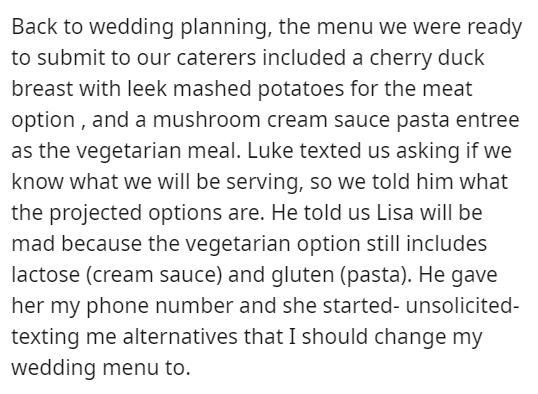 The woman obviously refused but asked Reddit if she was wrong for refusing to change the menu. 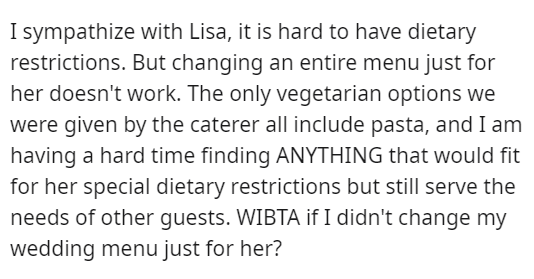 It is the woman’s wedding and she is allowed to have whatever she wants on her menu. Lisa acted highly entitled as if everything was about her. Let people have their moments and stop trying to ruin it for them. Lisa needs to take a step back and re-evaluate her decisions.

This is what other Redditors had to say about the wedding story:

Not everyone can accommodate you.

Lisa can bring her own food.

Why would you do so much for someone you barely know? 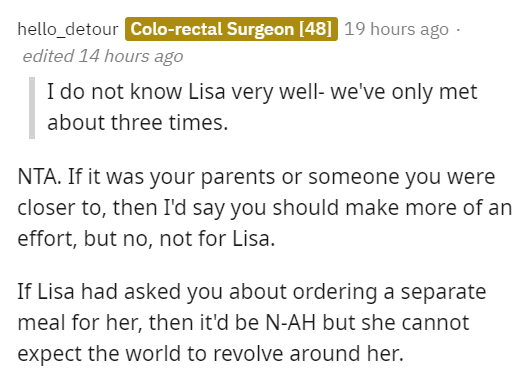 People shared their own experiences. 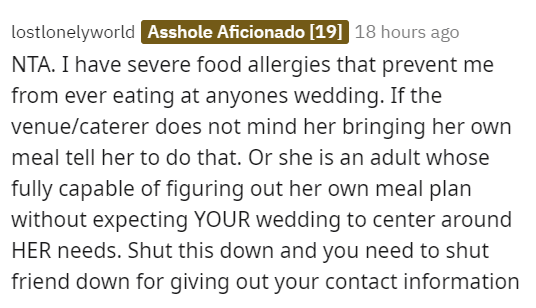 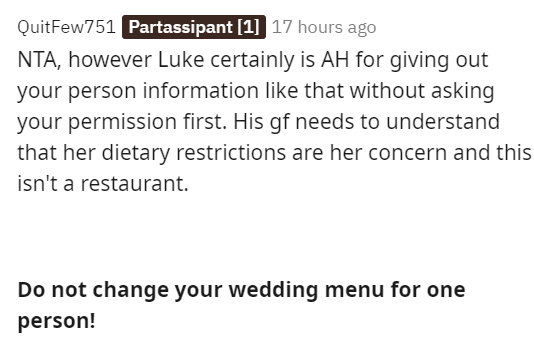 Was the woman wrong for refusing to change the menu? Let us know in the comments below.