Some people don’t deserve forgiveness. They are just evil from their heart and it doesn’t hurt to be selfish sometimes. If you want to take revenge for your own satisfaction, go ahead. An eye for an eye, right? Taking revenge doesn’t make you a bad person. You often have to take justice in your own hands. Some people have a hard time moving on until they see the person who hurt them in an equal amount of pain. Two wrongs don’t make a right but you probably will be sleeping better at night knowing justice was served and the people who hurt you have paid for their wrongdoings. It’s only fair, right?

One guy on Reddit took the ultimate kind of revenge from his girlfriend. She dumped him at a time he was only starting to get settled with life and wasn’t earning much. He made sure to get even with her and the story is very pleasing to read. Scroll down below and enjoy the whole incident:

He was 21 years old, and she was six years older than him. 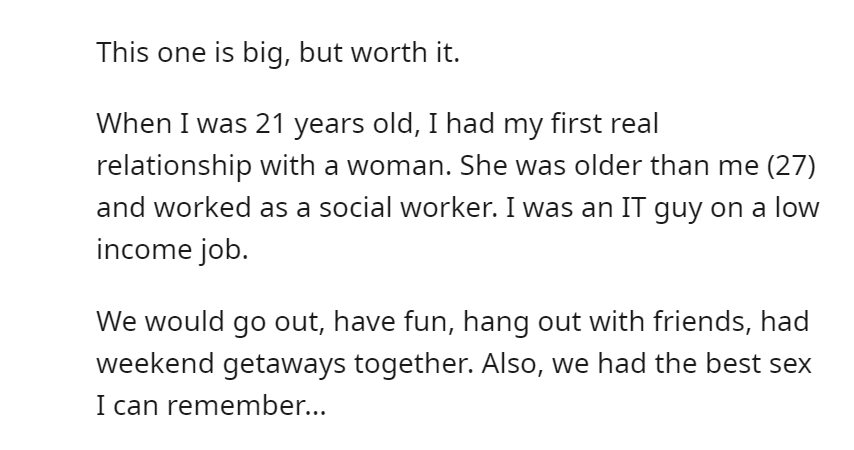 They were very close and enjoyed their kinky sex life together. 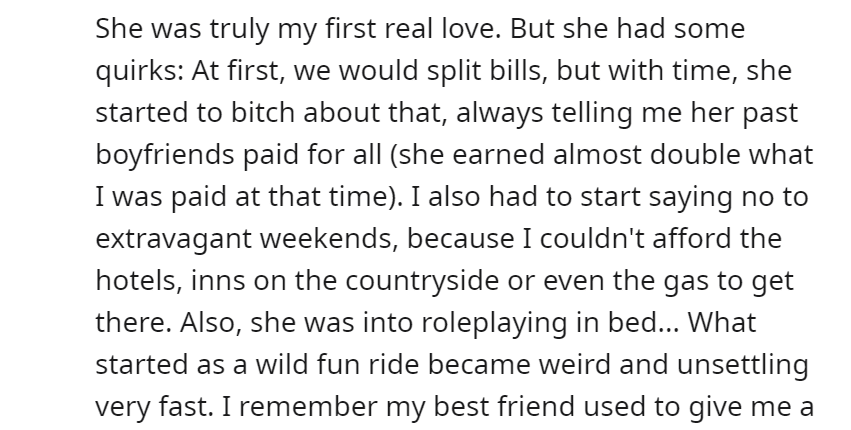 However, some tension was created between them because of the guy’s low income.

At this point, it is pretty obvious that the woman was a golddigger. She was taking advantage of the guy because he was a lot younger than her. People pull off the shittiest reasons to dump someone. She couldn’t find another reason to leave him, so she planned to degrade him using the excuse of something that wasn’t in his control at that time – money. However, he didn’t let that break his spirit. Continue the rest of the story below:

He took the blow in a positive way and turned his life around. He got back up on his feet.

She found out he was rich and decided to hook up once again, pretending nothing ever went wrong between them both. 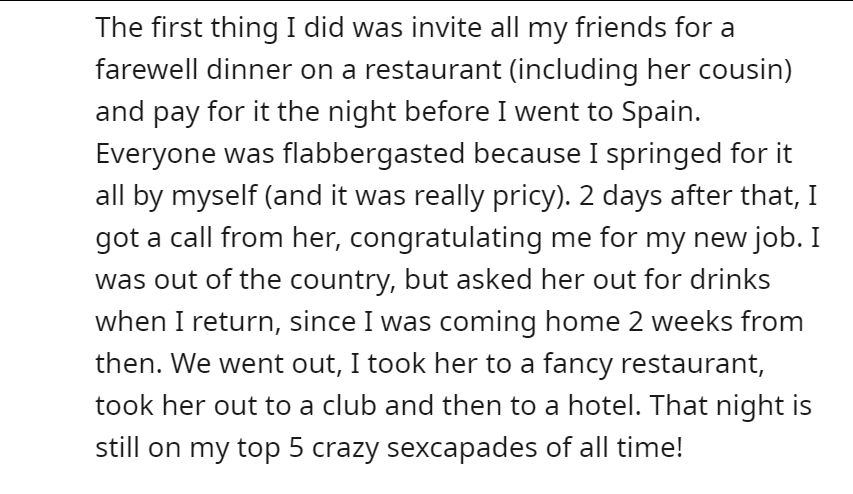 In the end, he said a very dramatic goodbye to her. He left her saying the exact same words that she used. That’s gotta sting! 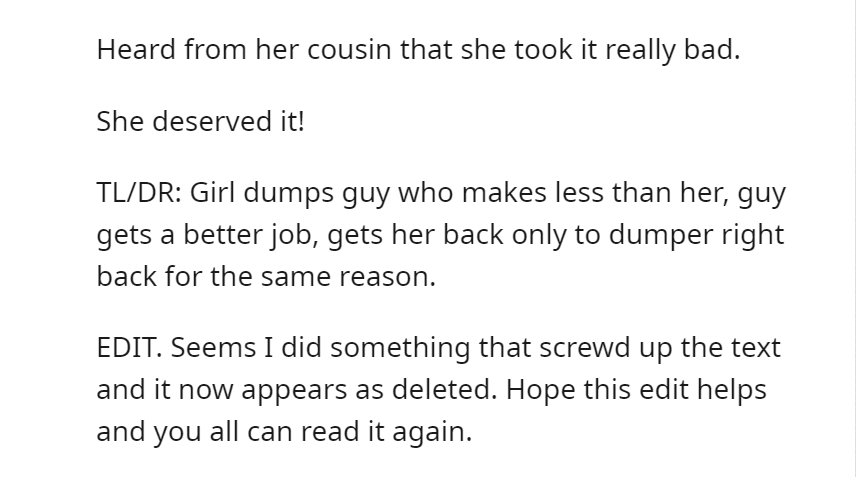 Here is what other Reddit users said about the story: 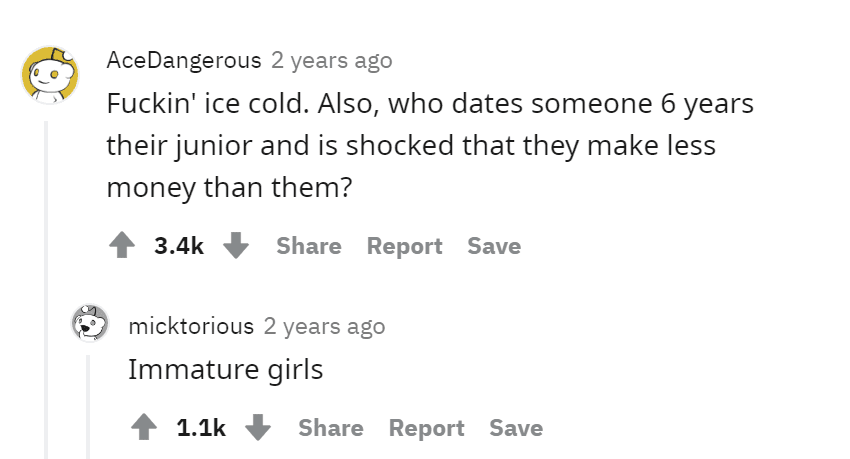 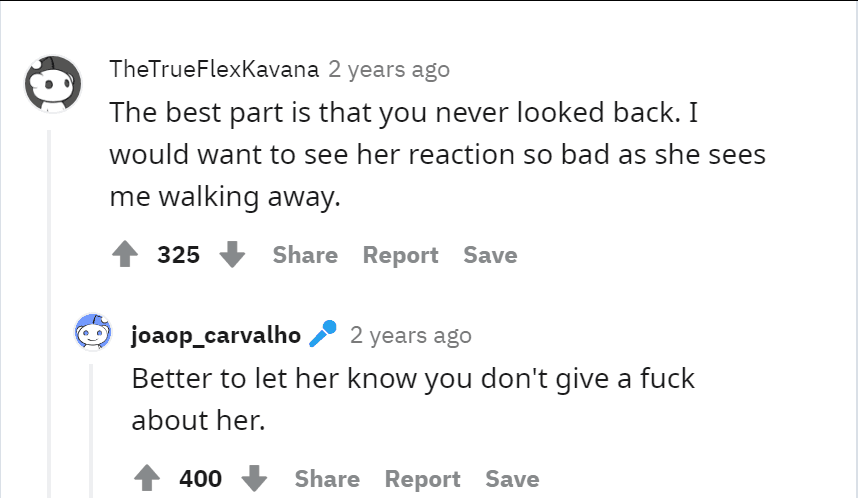 He revealed that the woman’s cousin was on his side too!

Most women aren’t like that. It’s just golddiggers who are in for the money and leave you when things aren’t looking so good.

This was petty revenge at it’s finest! It taught the woman a good lesson and the guy is probably at peace too now. What did you think of this story? Do you think he did the right thing? Or should he have left the matter alone and moved on with his life? Let us know your thoughts in the comments below.