And what does that mean exactly? Well, while it may be satisfying to get your revenge in the heat of the moment through some sort of violence but it is highly likely you are the one who will end up in trouble. So it is always recommended to be patient and wait for an opportunity to grab the person by the throat when they least expect it.

You may believe it or not but the law can come in handy when doing just that. Because when you know you are in the right and someone is lighting you, there is bound to be a law backing you up. So why not use it against them? The following tenant did just that. In his defense, the landlord wasn’t the brightest bulb in the bunch with many crimes under his belt. So this tenant had a plethora of options to choose from.

I am sure you can tell by the title the Reddit user was all set up for vengeance.

This a very long read with a lot of background but that is what makes the end so satisfying. 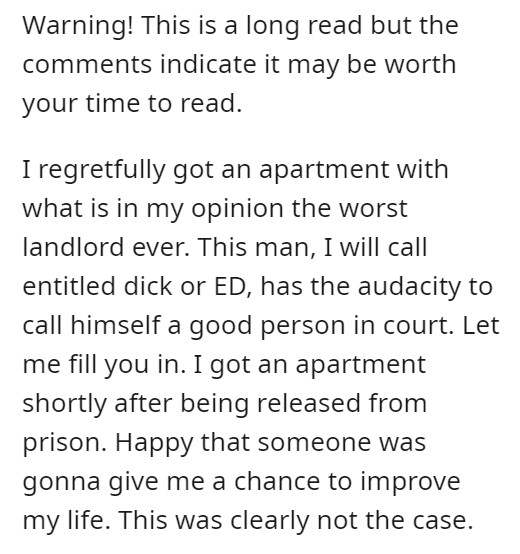 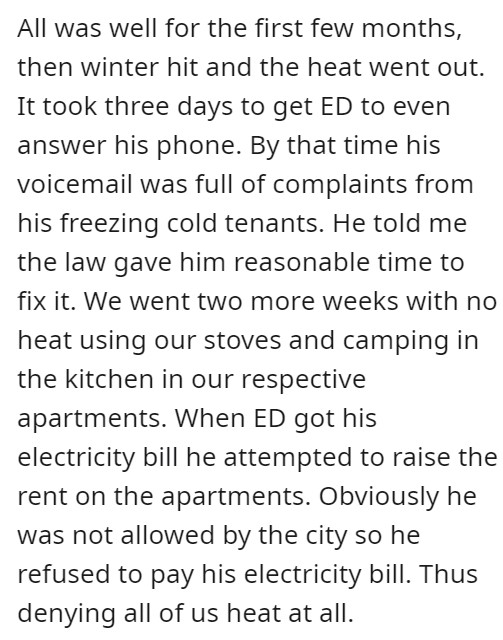 Op decided enough was enough and set to work. 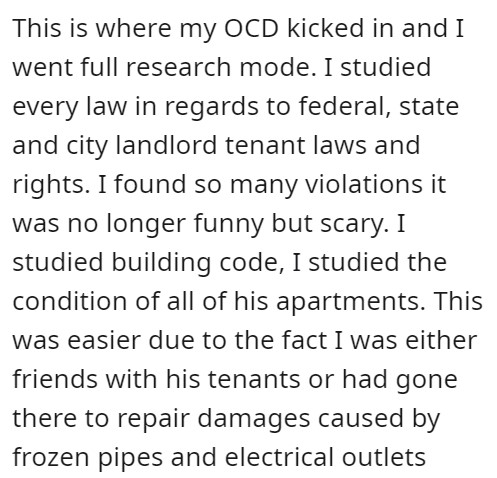 Turns out there were a lot of things the landlord had to answer for. 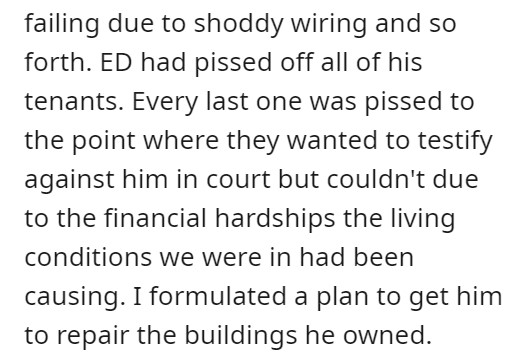 But the landlord had also set his plans into motion. 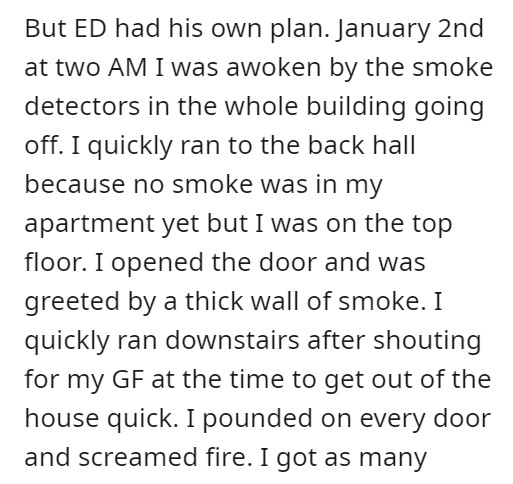 And he was pretty stupid with how he went about it. 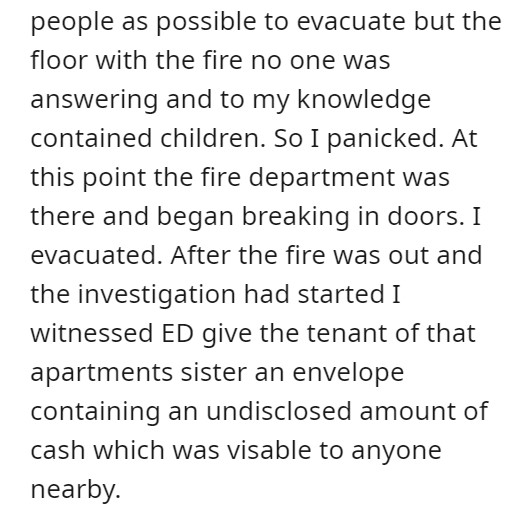 He had put all of their lives in danger and he wasn’t going to get away with it. 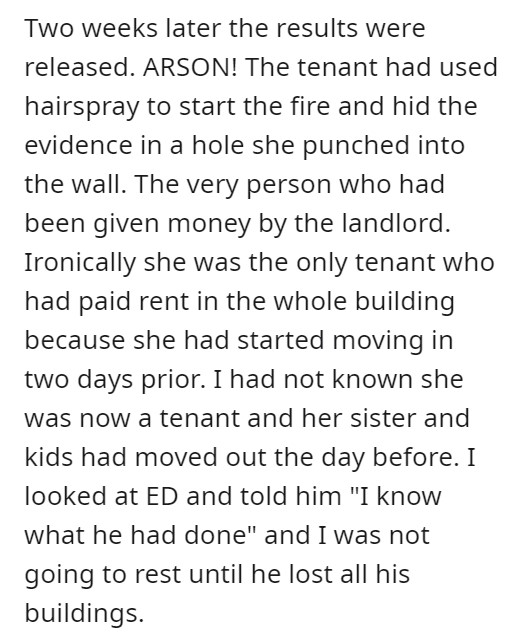 Basically, he had been accused of everything. 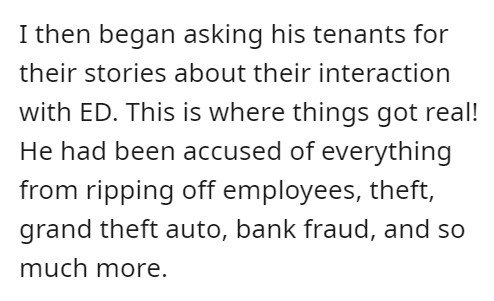 As I said before he was pretty dumb. 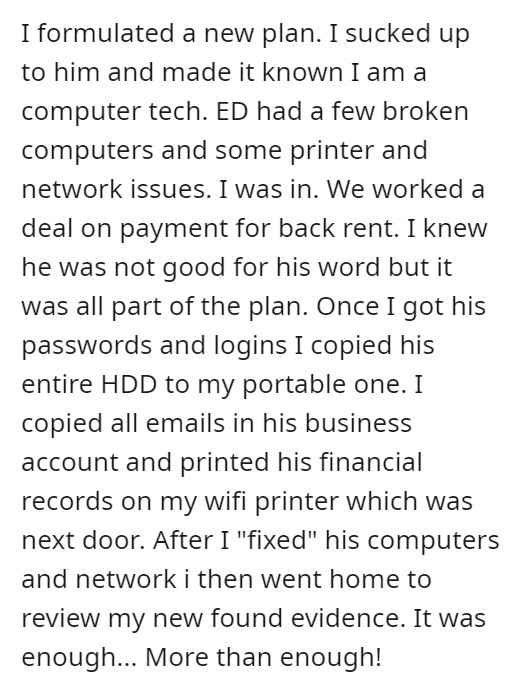 But Op was glad he was since he had found all the evidence that was needed. 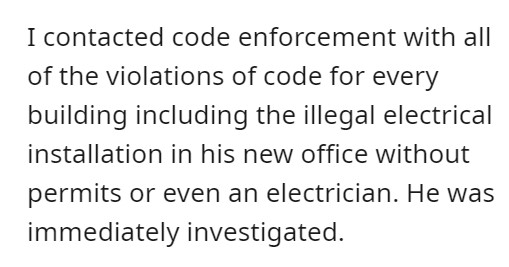 The landlord caught on but it was too late. 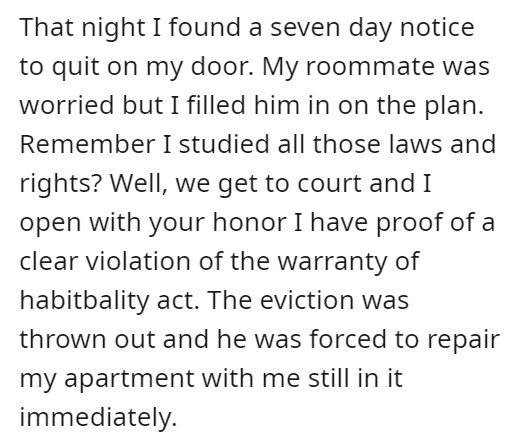 He could do nothing but try to cover up his ‘mistakes’. 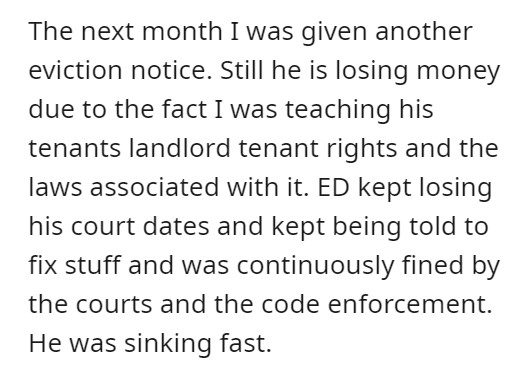 But it didn’t just need there. Op wasn’t done with the landlord yet. 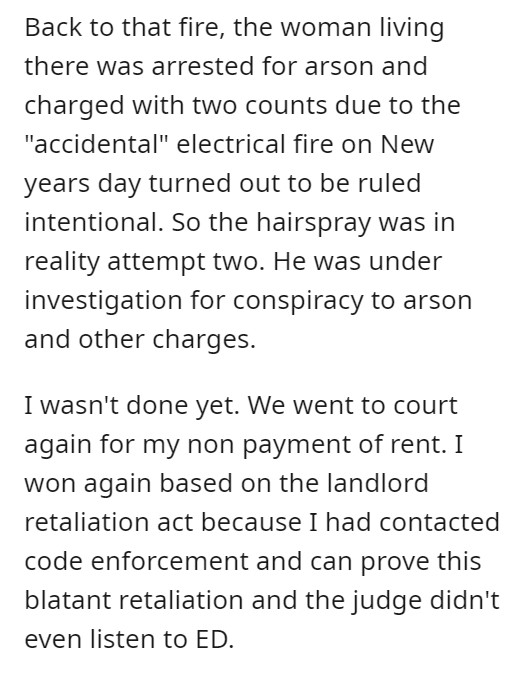 Along with the shoddy wiring, Landlord was in a sticky situation. 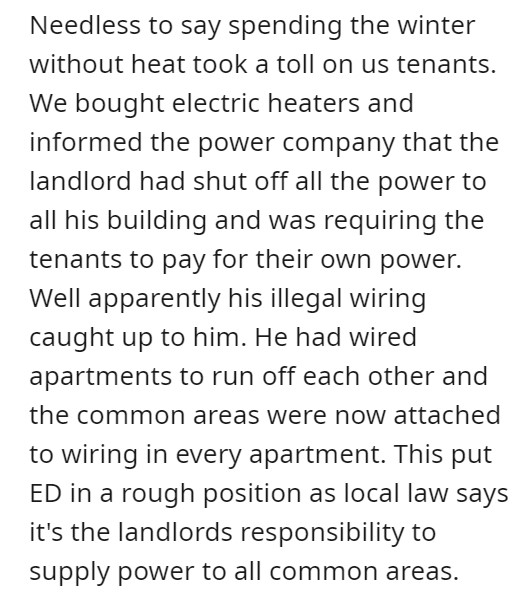 And he realized he was done for. 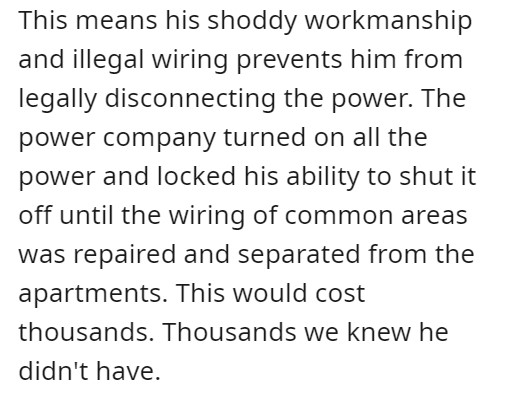 So he finally sunk to the depth of despair. He couldn’t get out of this one. 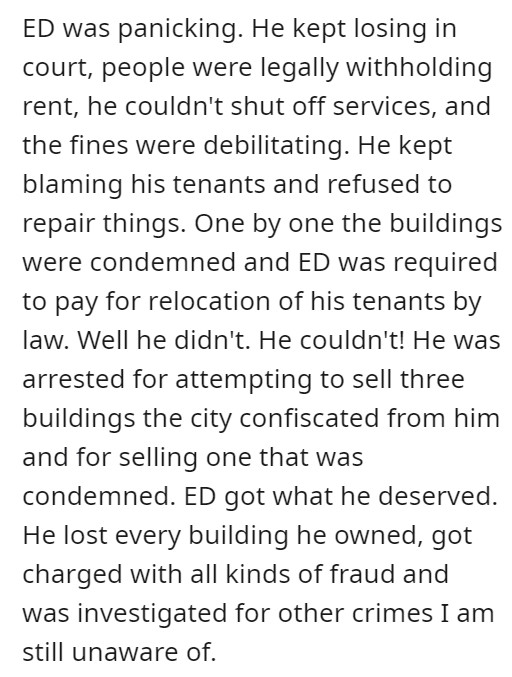 It’s deeply upsetting how few landlords seem to know (care?) about the law. 2 out of 3 of my heaters went out in January and, despite saying they’d fix it, haven’t yet. I’m using a space heater, which keeps everything fine, but they said they’d get me a space heater (they didn’t know about mine) and just never did. They haven’t replied to my emails… Except the one asking for reimbursement for power. They replied to that one within minutes!

My experiences with my last two landlords weren’t better. The woman in the little red convertible with the license plate saying “better than you” in license plate speak was something. (If you were looking for apartments, you’d have to follow her car to the location. The company/her are slumlords, so chances are, you couldn’t afford a better place.) When I moved out of that apartment I stopped having dreams about buildings collapsing around me. That building should be condemned. –ThisAccontIsForCats

If you think that is it, that is where you are wrong! 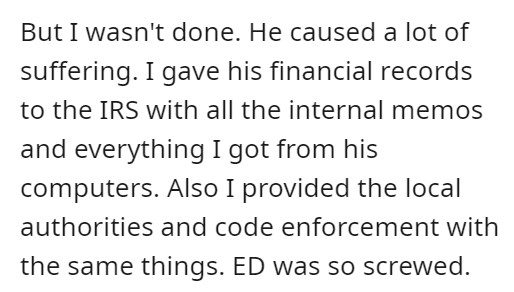 Now he is serving his well-deserved time in jail as he should be. 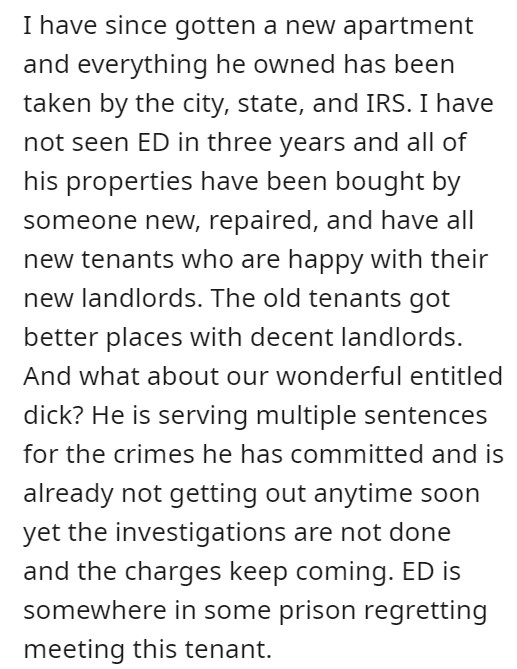 Well, that was certainly one h*ll of a ride! Let us know what you thought of it in the comments below.