Respecting other people’s religious beliefs is not that hard.

I am well aware wars have been fought because of religion but why can’t we just let people be and let them believe in whatever they want. Whether you are Muslim, Christain, Hindu, or don’t believe in a higher power at all. It is close to impossible to ‘convert’ someone unless they are seeking out to do that themself. And it is never a good sign if your partner makes fun of your beliefs and makes a joke out of them.

Most religions enforce some sort of dietary restrictions and Muslims, are not supposed to eat many animals including but not limited to pigs. Even many ex-Muslims forgo eating pork just because it is what they have been taught to do and don’t feel the need to do so. It is just like if you are vegetarian and choose not to eat meat. As long as you are not infringing on other people’s rights, one should be allowed to eat or exclude whatever they want from their diet.

Apparently, this guy didn’t think so and thought it would be absolutely hilarious to trick his Muslim girlfriend into eating pork.

She explains how she doesn’t practice her religion much and how she is dating an atheist. 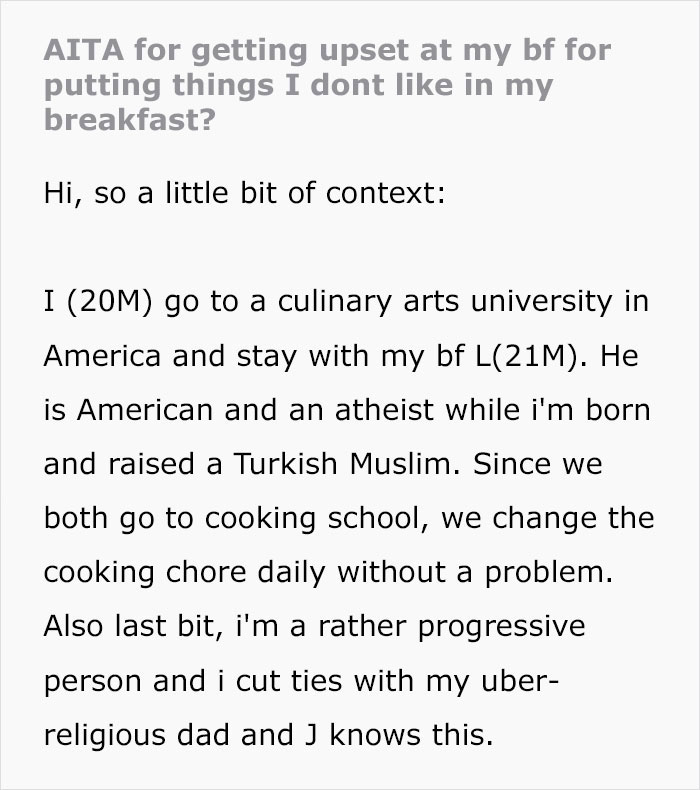 However, things turn a bit awry when it is his turn to cook and he surprises her with breakfast. 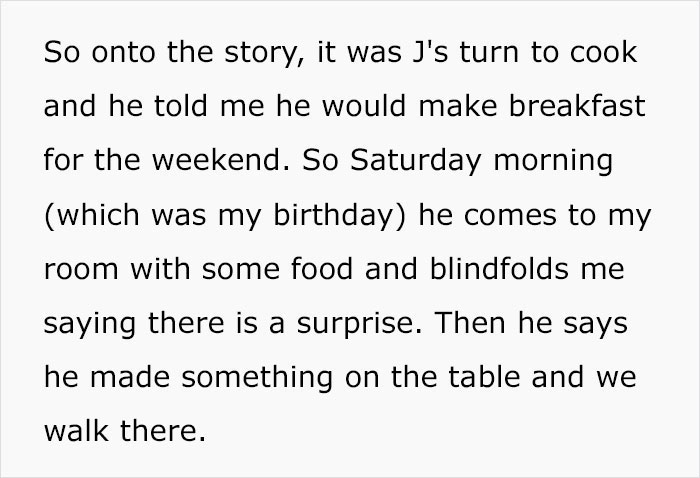 She quickly realizes that it is pork and is appalled by his behavior.

He however thinks it is hilarious and doesn’t see anything wrong with it. 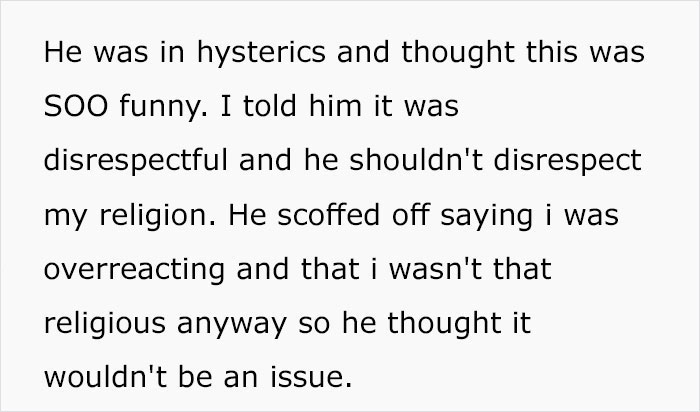 As you can imagine, this rubbed her the wrong way, and is thinking of moving out.

People in the comment were quick to condemn the boyfriend’s behavior.

If she wanted to try pork, that would have been a whole different matter. 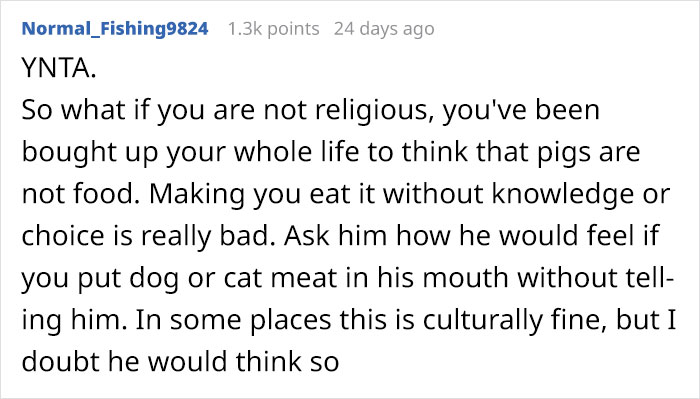 And health (which I guess falls under wellbeing, but this gets overlooked a lot). Many people, who go years without consuming pork in any form, develop an intolerance to it and can get quite sick. That’s how I ended up with a full-blown allergy to the meat, and that landed me in the ER after an accidental consumption (thought it was ground beef in the lasagna, it was sausage, I didn’t know the difference taste-wise). –Missykay88

However, he intentionally tricked her.

I have no idea what he hoped to get out of this.

She clearly needs to get as far away from this guy as she can.

This just shows that he doesn’t respect her.

Because if he did, he would have never done this sort of thing.

As this person explains, it would have been different if it was her choice. 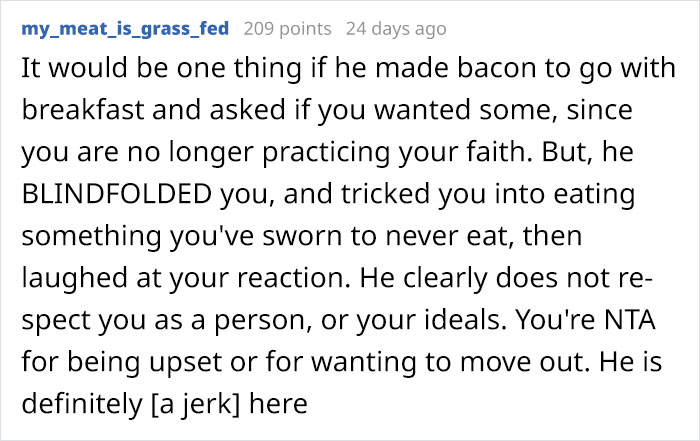 But it wasn’t and he basically forced her.

This is not a joke.

It’s the same as someone feeding an individual fish when they are allergic to it.

Whether she practices her religion or not should not even be in this conversation.

The thing that blows my mind is he can’t realize that he messed up.

Don’t worry, at least he blindfolded her before violating those boundaries. It’s a way to build trust and strengthen a relationship.

You must have seen that other trust-building exercise where one person gets up on a stool and everyone else stands in two rows behind them, holding hands with the person opposite. The first person then closes their eyes and falls backward to be safely caught by their friends/colleagues.

These two situations are really very similar if in the second scenario everybody lets go and the first person falls backward onto the floor hurting themselves. And then everyone else falls about laughing at that person’s hurt and sadness. –jennyther

If he would have apologized then it might have made things a bit better but it wasn’t a mistake at the end of the day.

Would you ever stay with a person who crossed a line when it comes to your religious belief? Comment down below and let us know.