You should never mix business and personal relationships.

No matter how much we think that we are above it all and that we would be perfectly fine working with our friends and family, it never works out the way you expect it to. It is hard enough working with your prior friends since you never know when that is going to turn sour and thus make the work environment hostile. It is even harder to work with your spouse. Since you want the relationship at home to remain unaffected. 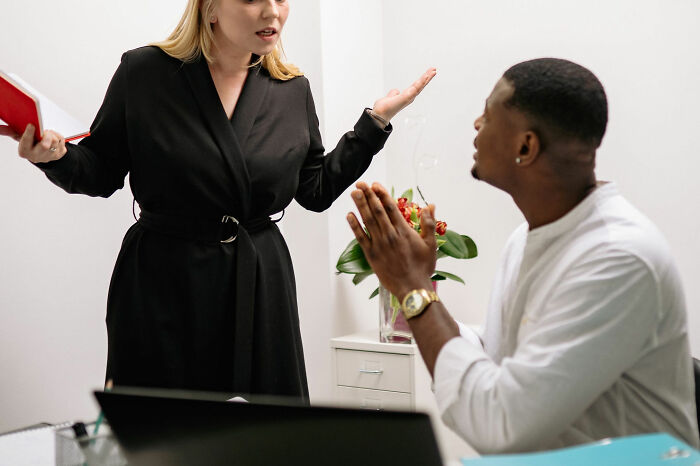 This is why it is paramount that we draw a line between professional and personal relationships. Some people, however, think they can have it all and thus end up with these sorts of problems. This guy thought it would be perfectly fine to hire his wife. But the wife let the power get to her head and thought she was somehow the boss of the place now and started berating an employee who made a mistake threatening to fire him which she can’t actually do.

First, we get a bit of background on their financial situation. 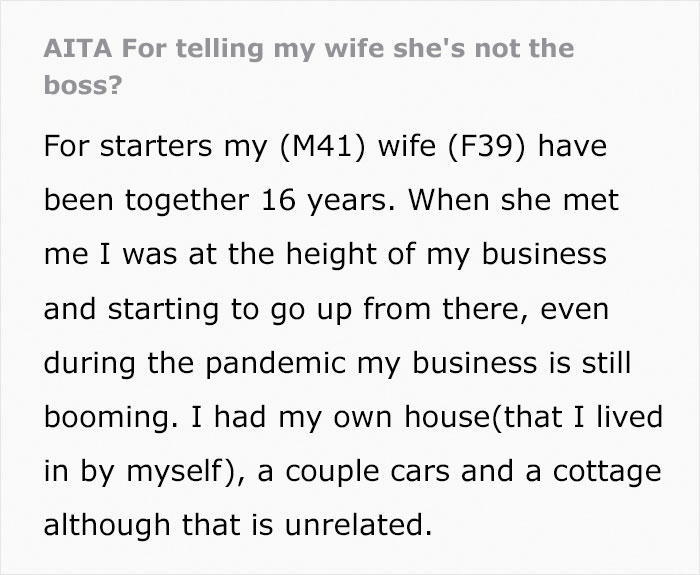 And then he goes on to explain how he was fine with her being a stay-at-home individual. 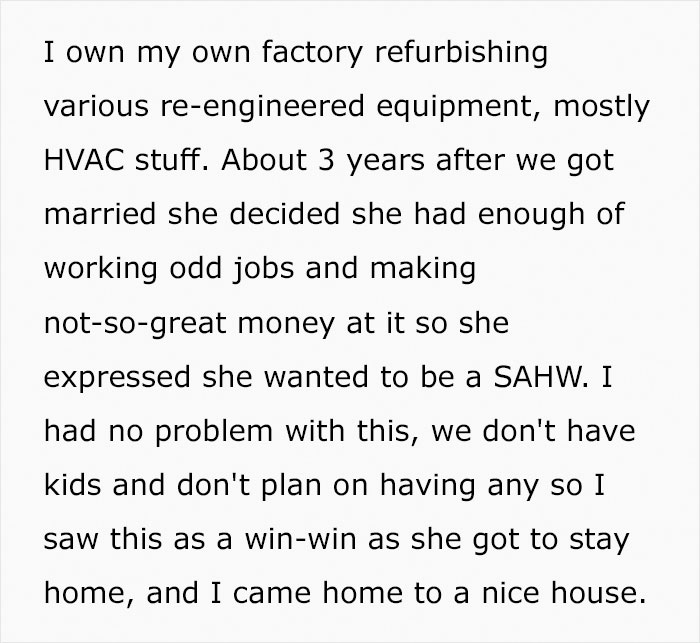 However, she soon got tired of it and decided to join the workforce once again. 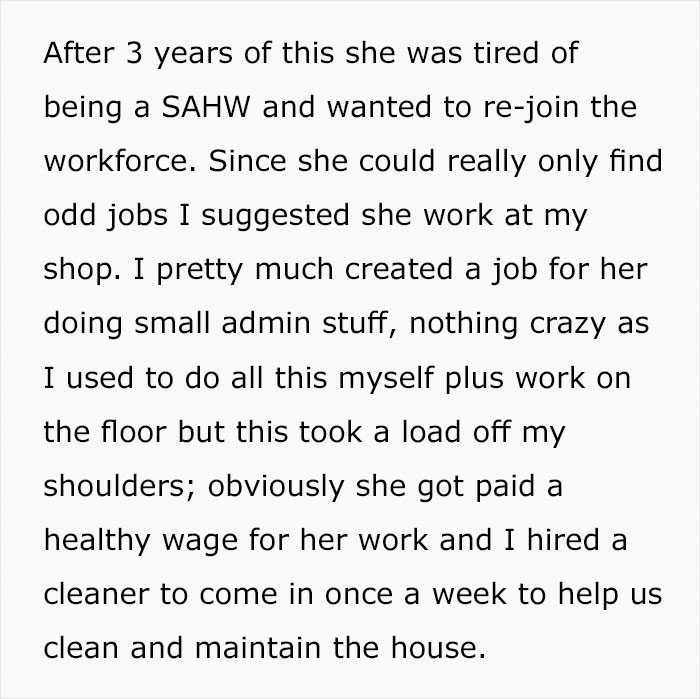 That is when some problems started to arise. 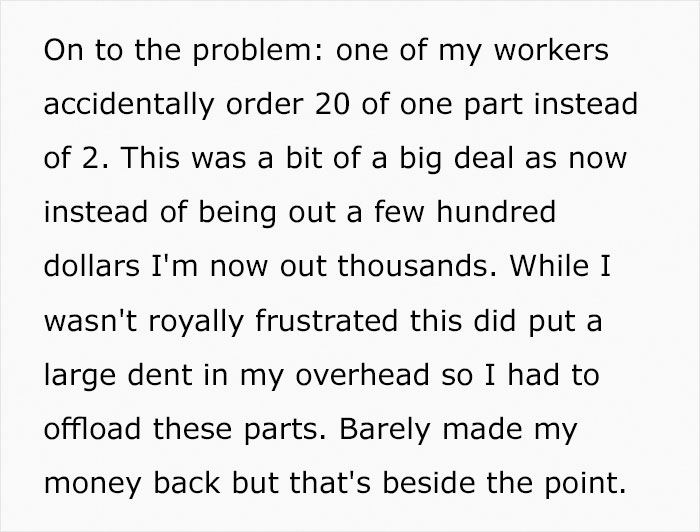 She wasn’t that high up in the chain but in her own mind, she was. 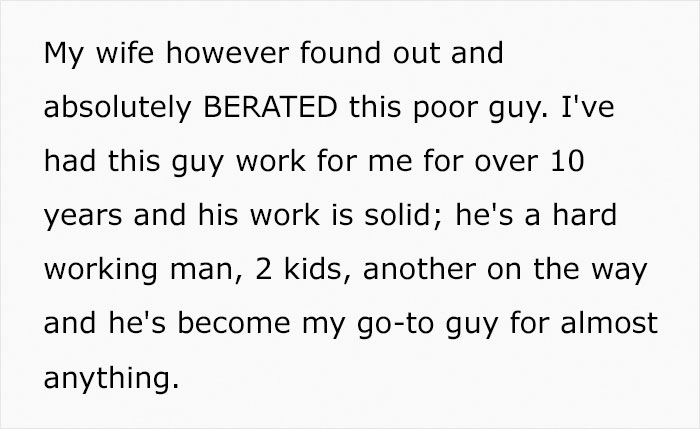 She clearly felt that this mistake was unforgivable and was thus berating the employee. 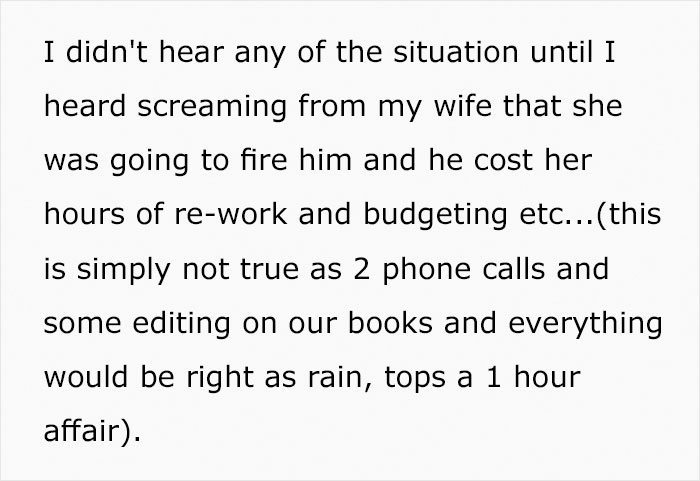 That is when the husband put his foot down and told her to leave. 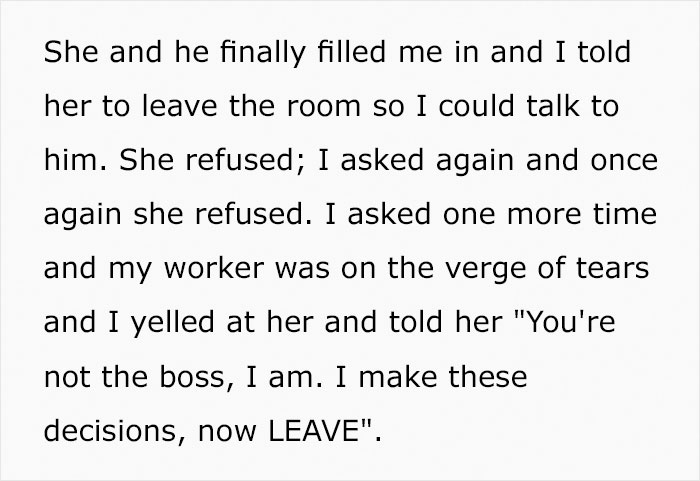 They worked it out as it was only a mistake and the guy didn’t deserve the treatment he received from the wife.

The wife was on a power trip and got angry when she was knocked off her high horse. 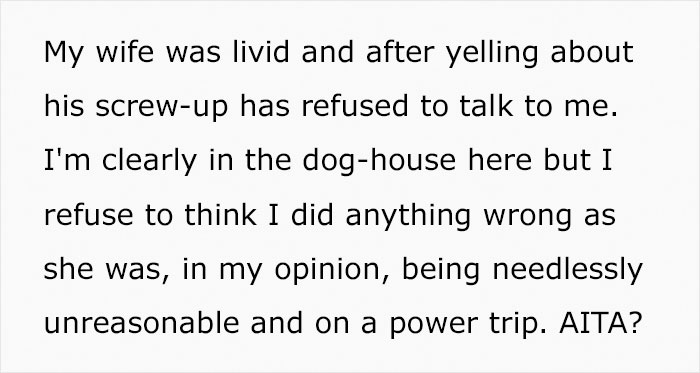 People in the comments were quick to agree that she should get reprimanding for her behavior.

This is where I feel I may be TA because while it is my business and I have worked for over 20 years to make it happen, she is still my wife and has intimate knowledge of my work and how it functions on a daily and even yearly basis. She’s been a part of it in some way for the past 10 years or so whether that’s random 1-day stints she fills in for one of the office workers, or me bouncing ideas off her to see what sticks.

I just honestly think she was on a power trip because while I used to do her job for the better part of 15+ years, it is an incredibly simple job that I didn’t want to hire anyone else for to save money. I hate to say it but I only hired her because she wanted a job that made her some extra cash and kept her hands busy, I didn’t actually need her for this position. –Honest_Doctor8039

And that he should have expected this when he hired her. 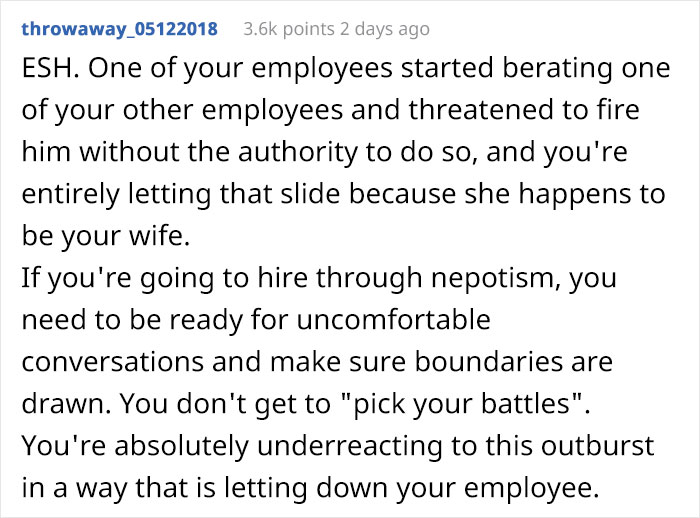 There is no way for us to be unbiased at work when it comes to personal relationships. 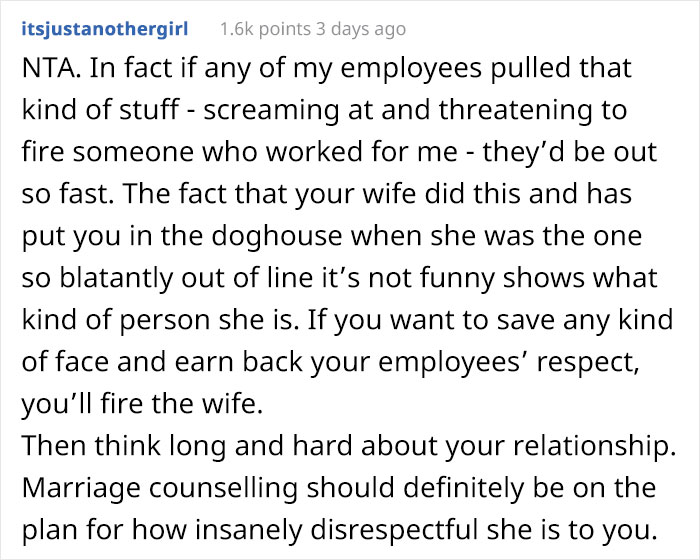 Most comments told him to simply fire his wife.

She might get pissed off but that is the only way.

Because this sort of thing will continue to happen otherwise.

OP further explained that she doesn’t want to go back to school for further education. 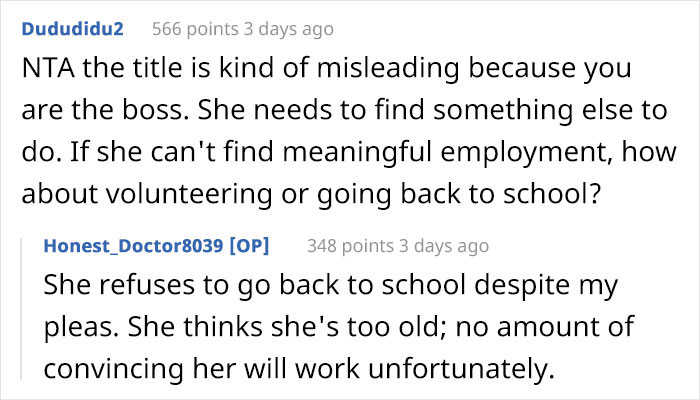 It is hard to set these ground rules with your spouse but they seem necessary in this case. 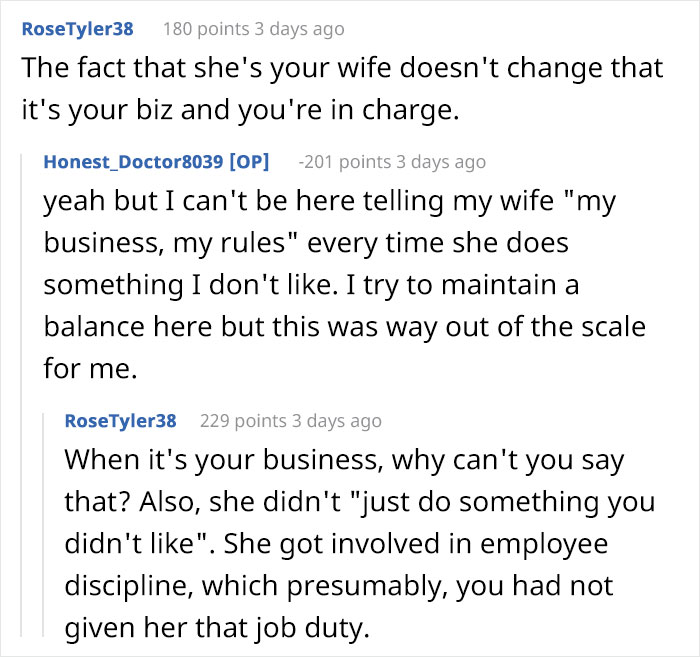 Have you ever hired your friends or family? If so how did it pan out?