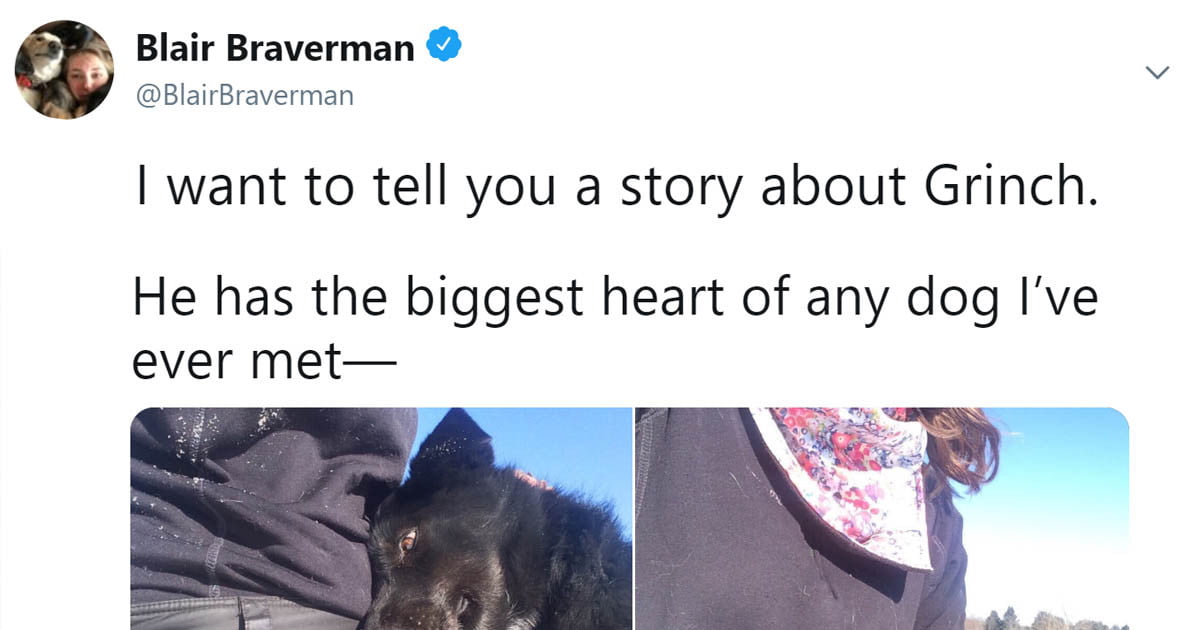 Dog Sledding, aka ‘Mushing’ has been an important part of our history. Back in the old times, when snowmobiles, snowcats, and airplanes were not invented, dog sledding was the only means of long-distance travel in the Arctic regions.

While dog sledding has now been replaced by snowmobiles, people around the world are still keeping the tradition alive by occasionally doing it for fun and holding racing events.

Like many other, Blair Braverman is an adventuerer and a dogsledder who shared her hilarious experience of dog sledding with her dog Grinch on Twitter. According to her, Grinch is a dog who is “dumb as a box of rocks” but also at the same time has the ‘biggest heart.’

Scroll on below and read her hilarious thread as she takes us all on a fun journey.

The Story of Grinch.

A dog sled is basically a sled that is pulled by one or more dogs over ice or snow. In the early times, if it wasn’t for these sled dogs survival would have been very hard for people living in cold regions as they completely depended on it to get their supplies.

Anyone who has seen Alaskan Iditarod, aka Iditarod Trail Sled Dog Race would know just how much power these sled dogs can generate. Make no mistakes the sled dogs are no ordinary dogs. Mushers choose their dogs after taking a number of factor into consideration. Some of the determining factors that makes a dog great for sledding includes their breed, size, health, and overall temperament.

While it’s clearly a job for tough and aggressive dogs, mushers usually select dogs with a more sociable personality as they are easy to control. Historically, Alaskan Malamutes were used as sled dogs, however, these days Siberian Huskies and Chinook are popular choices.

The number of dogs required to pull the sledge usually depends on the nature of the travel. Say, if you’re making a small trip then usually two dogs would do the trick. However, if it’s a long travel or a sled race, then you need an entire team. Typically, in a team there are four groups of two dogs each, with each group serving a different purpose.

To be clear, there is no brake on the cart. The only reason it wasn’t moving is because Grinch wasn’t running. pic.twitter.com/nXloP2P0rQ

I kept thinking that Grinch would figure it out. pic.twitter.com/2umsCRtkn9

What do you know about Sled Dogs? Let us know in the comments below.