In the fast-moving world of today, it’s surprising to see how certain people make important decisions based on their inane beliefs.

Hiring people on a company’s behalf is not a small responsibility. Nobody wants to hire employees that don’t match the company’s requirements. There’s always a criterion that includes a person’s level of qualification, skill, and of course experience. But, what the following manager did was out of the ordinary.

In a tweet, Business Insider’s executive managing editor Jessica Liebman gave everybody a bit of small advice for filtering out the best candidates for recruitment.  She says:

“I’ve been hiring people for 10 years, and I still swear by a simple rule: If someone doesn’t send a thank you email, don’t hire them.”

Hey, I wrote something! … I’ve been hiring people for 10 years, and I still swear by a simple rule: If someone doesn’t send a thank you email, don’t hire them. https://t.co/NWXB1ozNgr

“How someone presents in interviews might not translate to effectiveness in the role. While sending a thank-you note doesn’t necessarily guarantee the person will be a good hire, it gives you the tiniest bit more data: The candidate is eager, organized, and well mannered enough to send the note. […]

It shows resourcefulness, too, because the candidate often has to hunt down an email address the interviewer never gave them. At Insider Inc., we look to hire “good eggs.” The thank-you email is a mark for the good-egg column.’”

“Seven years later, I stand by it.”

But, guess what? Twitterati did not sit quietly. 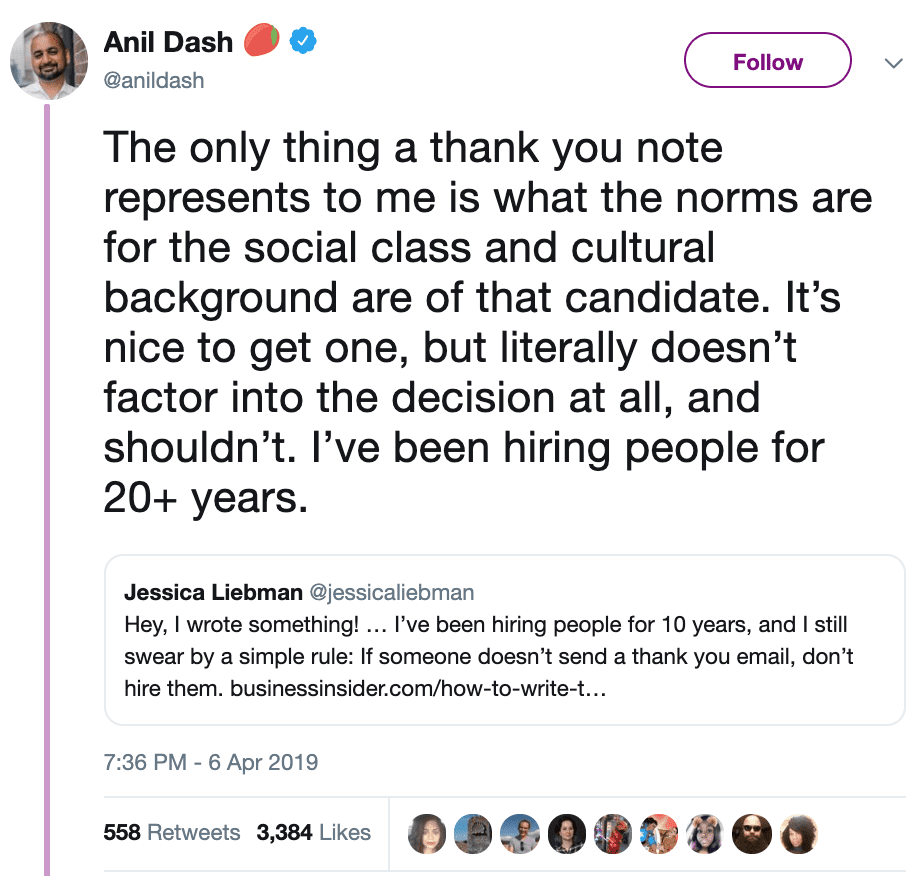 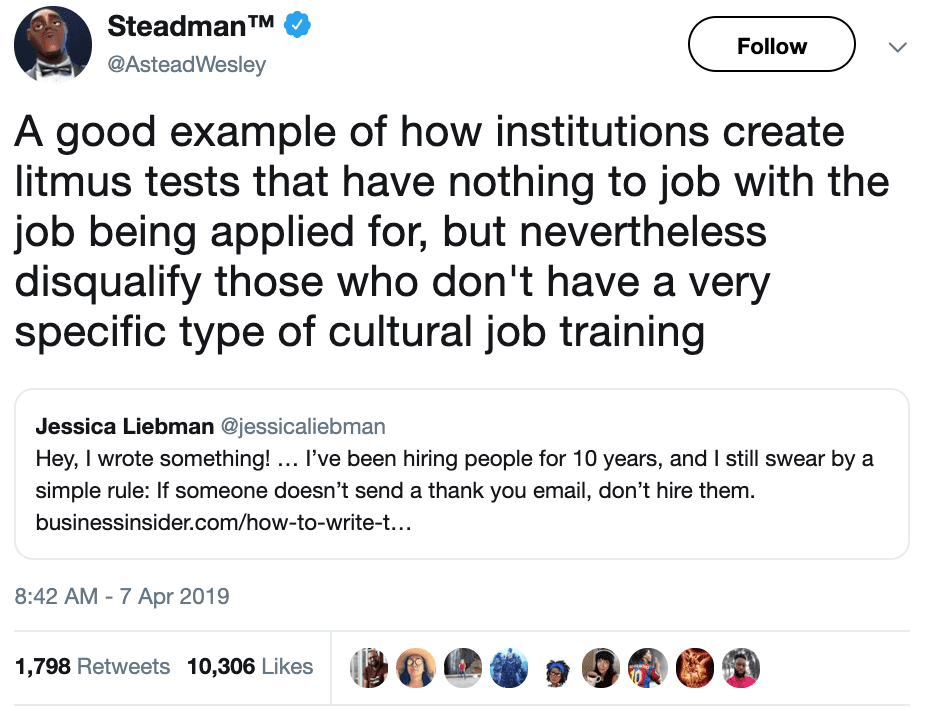 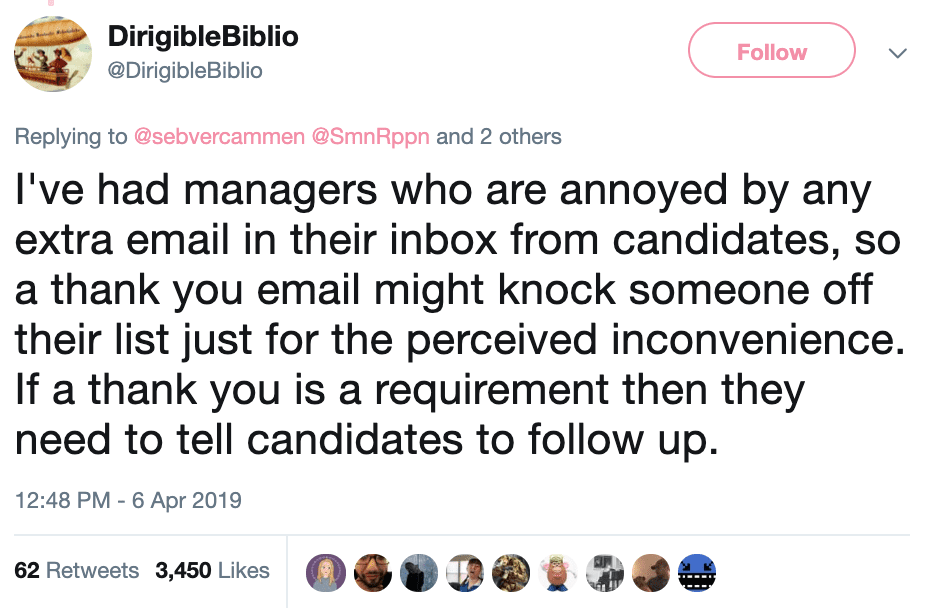 Couldn’t have said it better. 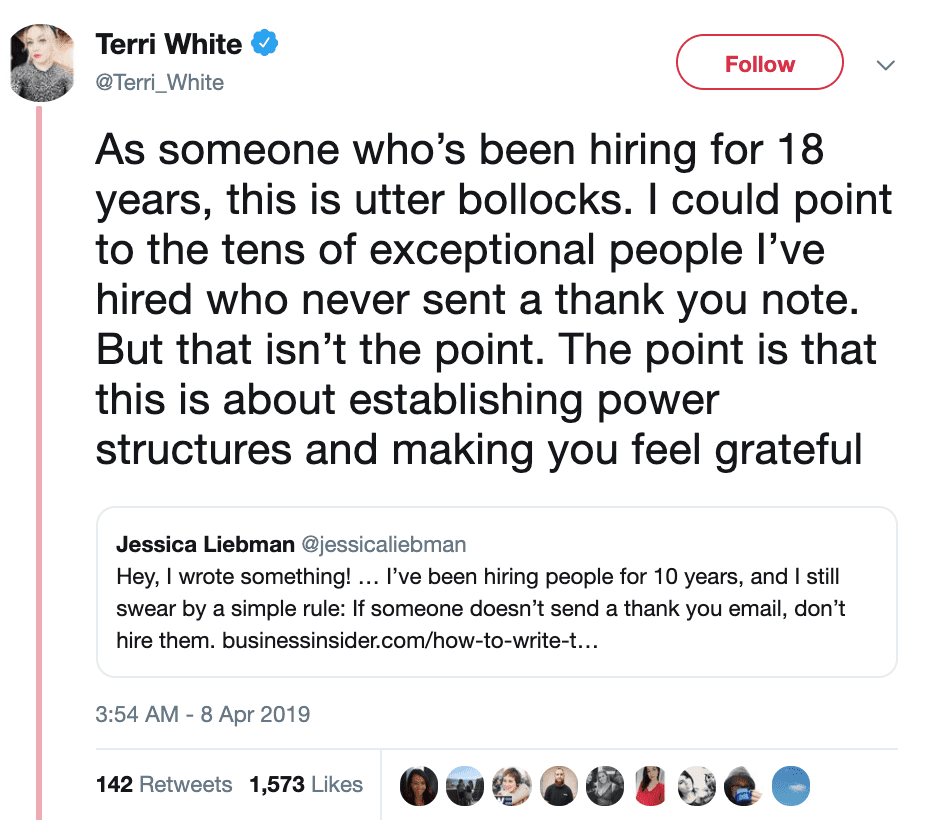 Sadly, this is a thing these days. 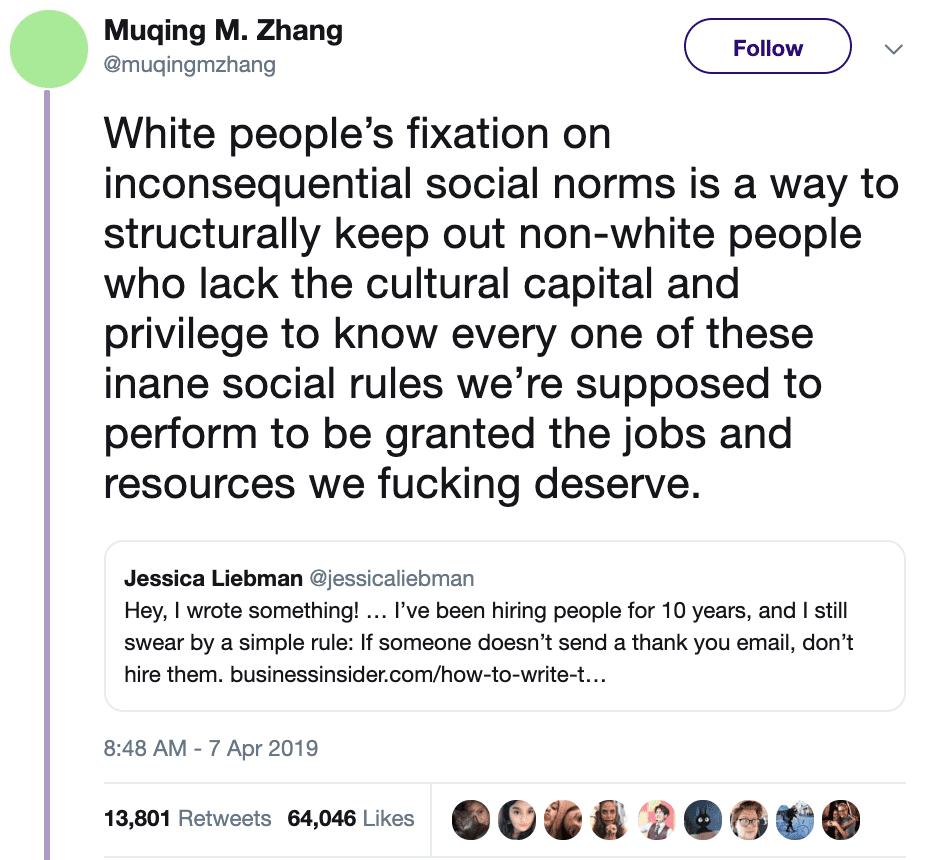 Now, they all can’t be wrong. 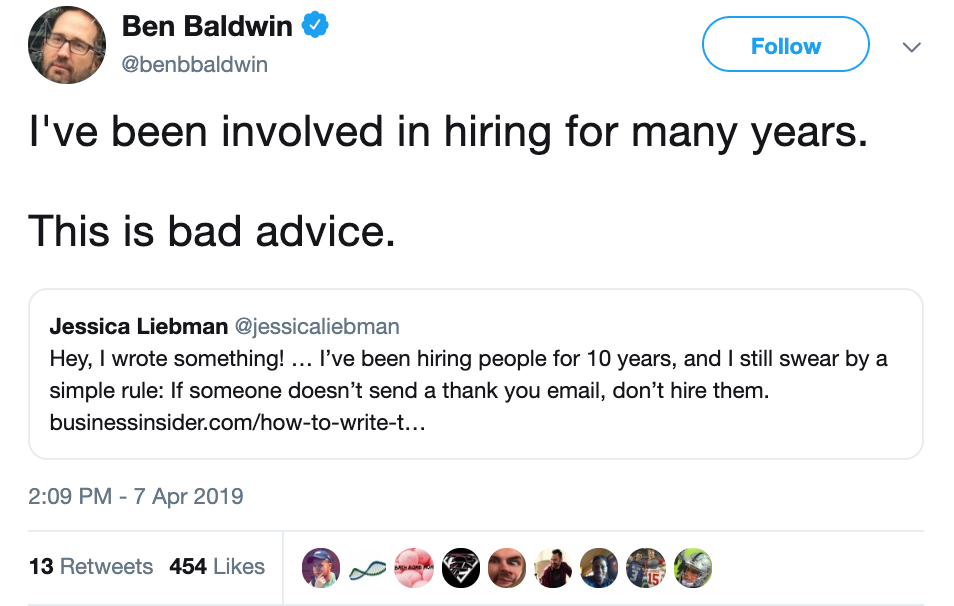 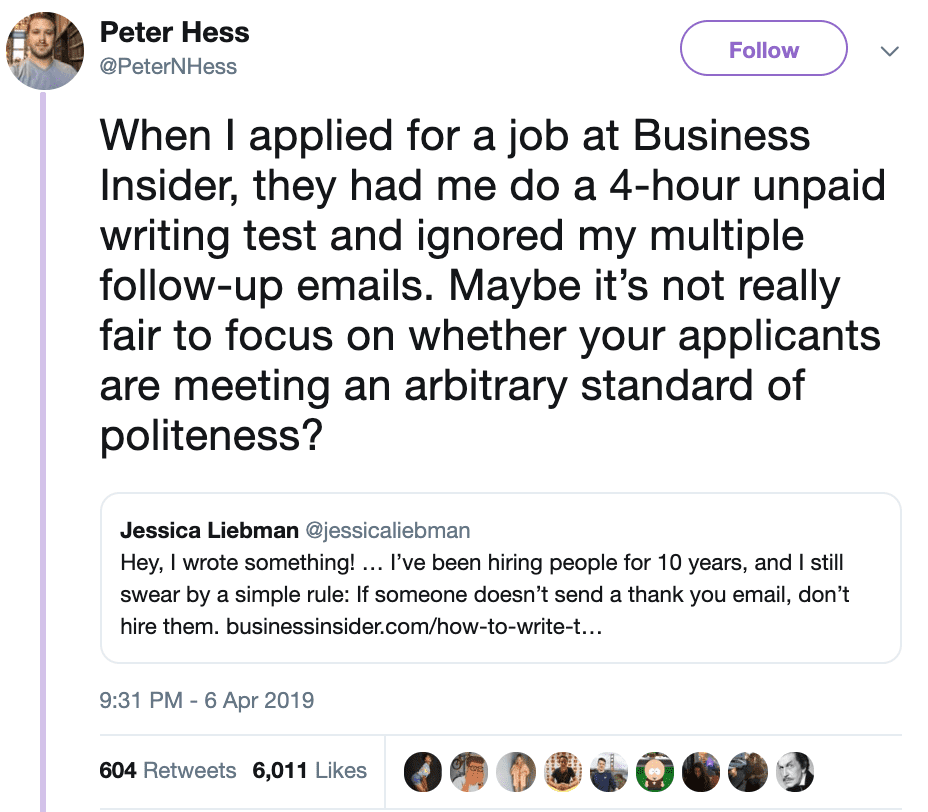 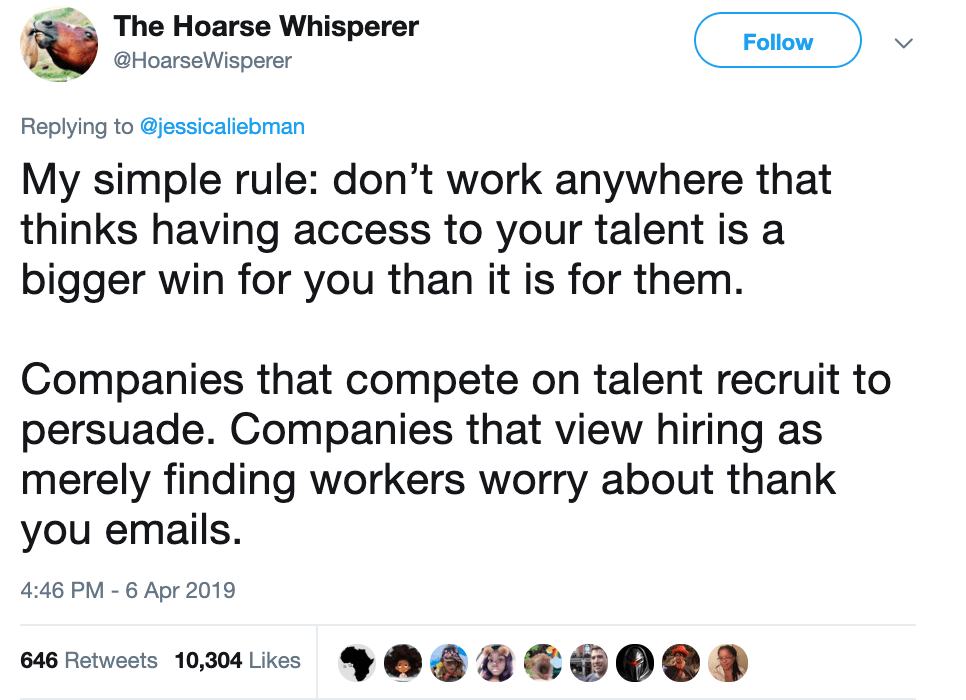 Do you think Liebman’s way of hiring people can be justified? Share your thoughts with us in the comments below.