Being a father is not always easy.

I know the woman is the one who carries the baby and gives birth but that doesn’t mean the guy doesn’t have a responsibility towards his child. However, it seems many people seem to forget that and think a Father has the right to spend only the good moments with their child and leave the rest for the mother. If you want to be a good father, you have to do everything equally from changing their diaper to feeding them.

And while jokes may not seem like something to get offended over. That is not always the case. If someone keeps making the same sort of sexist jokes, one is bound to get angry and blow up over the fact. As evident in the following story, not only did this guy rush his wife just so they could have a child but he can’t also be bothered to help her as much as she needs with the baby.

She already has to take care of one child she doesn’t need another and yet he refuses to stop acting this way. Instead, resorting to childish misogyny. You can read the whole story by scrolling below.

Right from the start, we can see that he makes every excuse in the book just to get out of his responsibility. 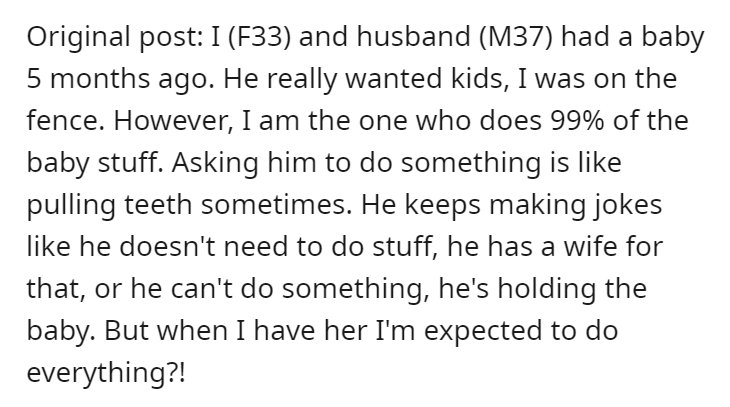 And he also apparently loves to make stupid jokes about stuff that I am sure no one would appreciate. 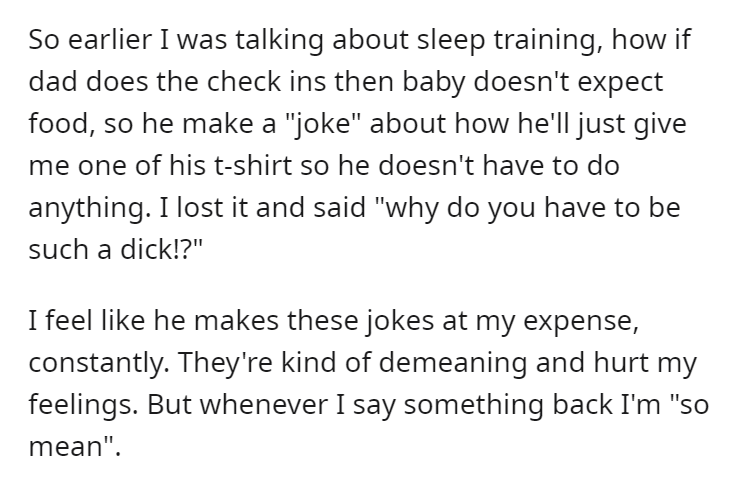 While it wasn’t the best way to communicate with him, I can understand her reaction. 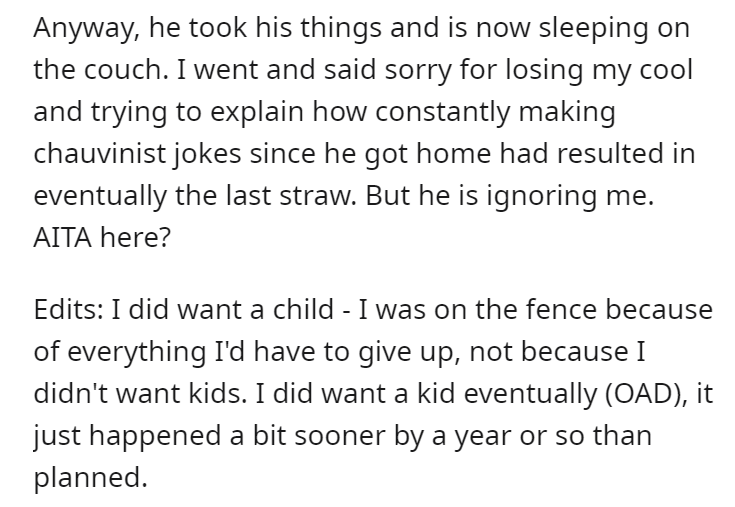 She did add that he does help around the house.

But it clearly isn’t enough. However, he continues to blame her for everything. 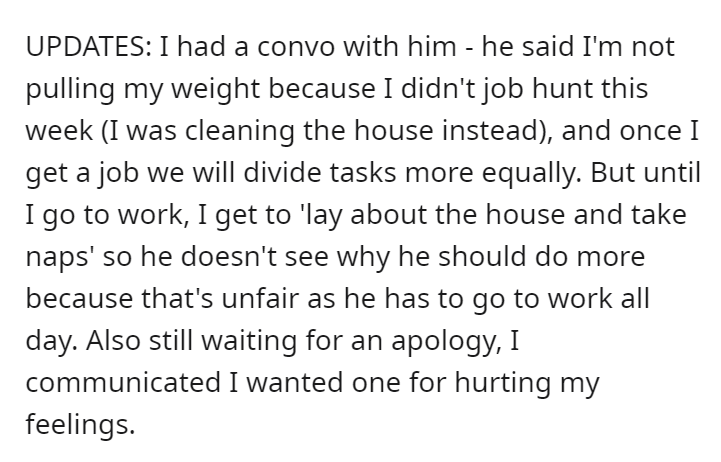 I didn’t feel pressured at all. We had talked about having kids before, and I was mostly on board, just reluctant because I’d have to give up my job, body, and life for a bit. I love my daughter dearly and wouldn’t change having her for anything. I guess we missed having the talk about how we were going to divide and conquer the tasks of a baby and I just became the default person for everything.

It just annoys me that he makes chauvinist jokes at my expense all the time, and expects me to be a 1950s housewife and mom, while also supporting me to get a job (?!?), and pushes back on every suggestion I make to help. –professorplopsy

People in the comments were quick to share advice. 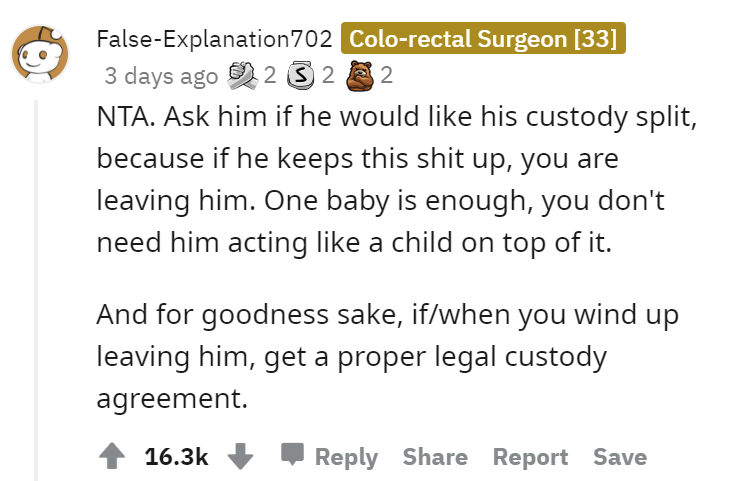 And it is pretty clear that they know what they are talking about. 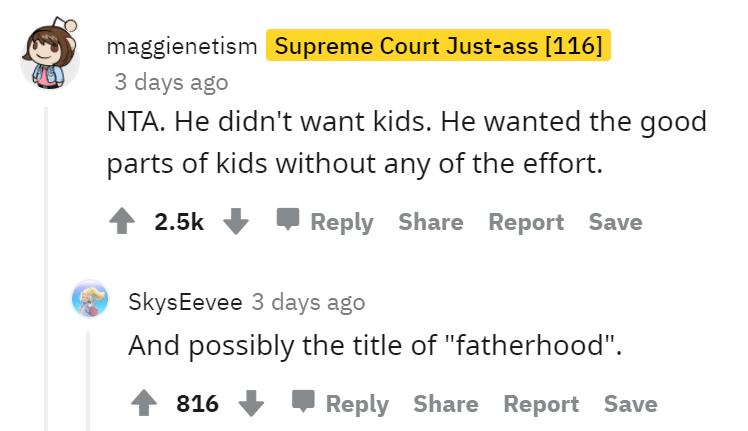 He didn’t understand all the work that it will take. 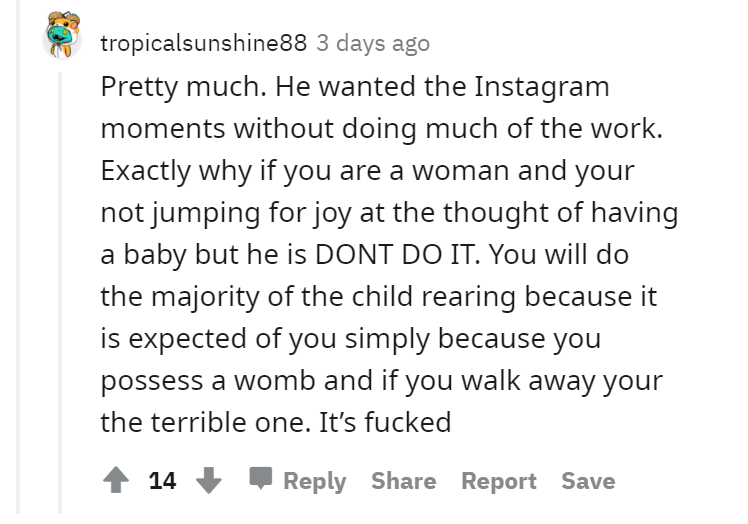 Others told her to leave the kid with him for a while just so he could get a taste of his own medicine. 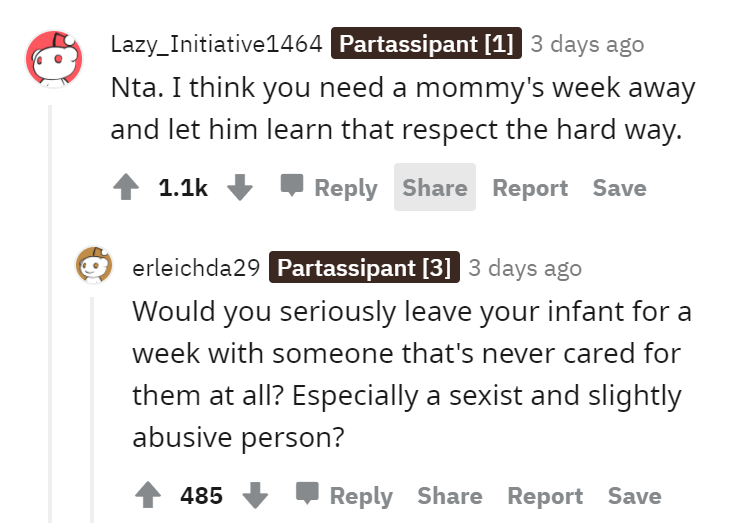 Most people would end up splitting everything so one doesn’t completely burn out. 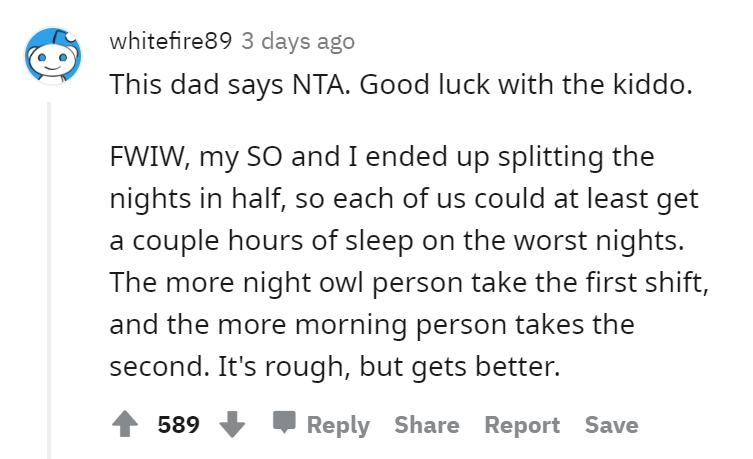 They might need to go to therapy if they want to work on this. 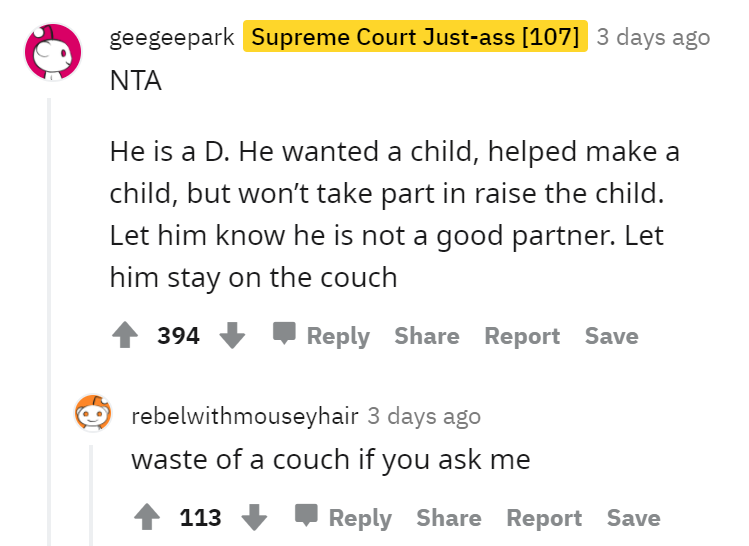 Some even shared little tips that might help her in the future. 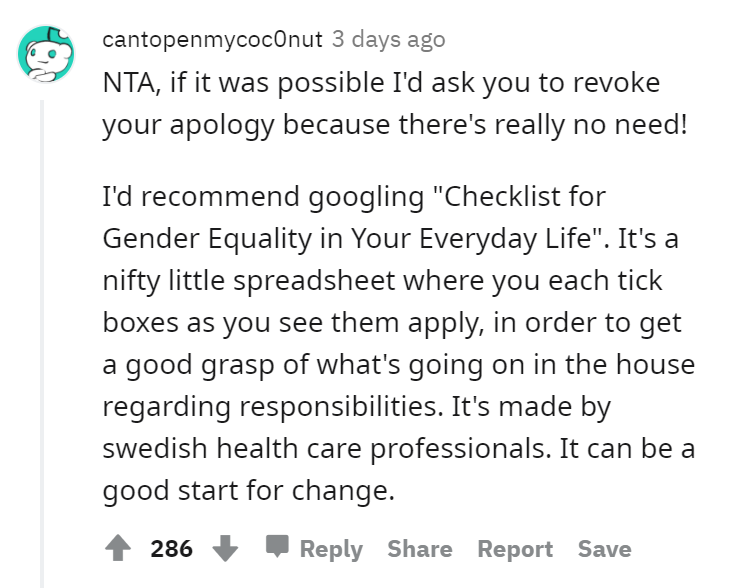 Basically, he needs to change a lot and quickly. 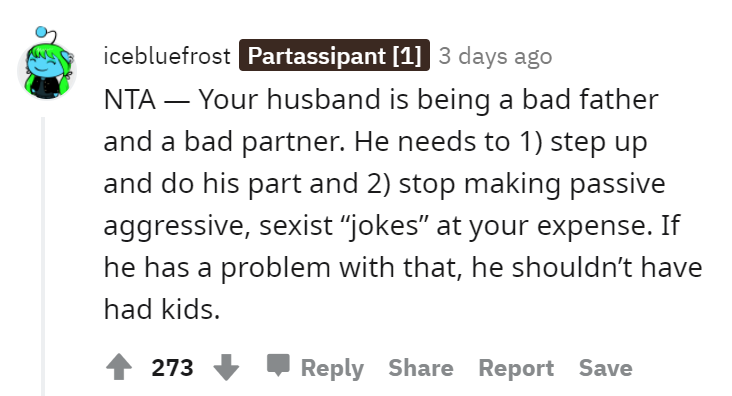 They are a team and they need to act like one. 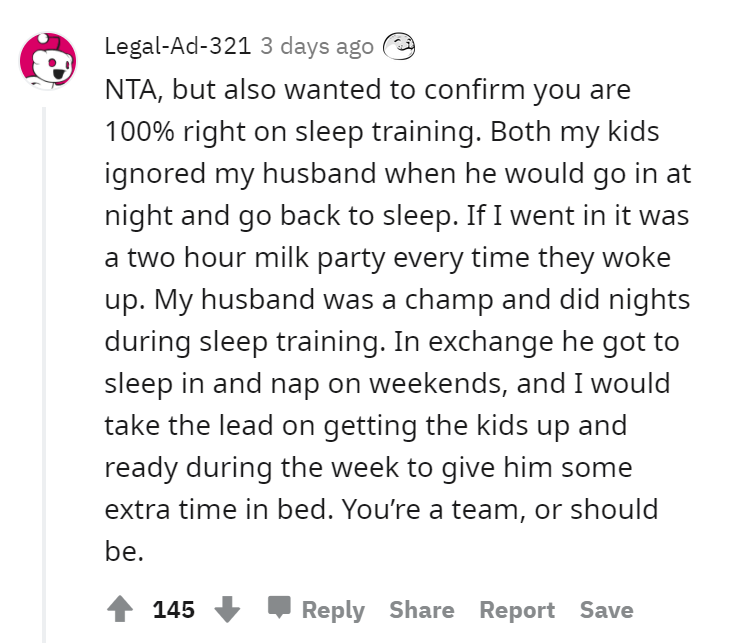 Nta. He needs to step up more. I do want to make a comment that you don’t need to sleep train. All babies figure out sleep eventually. There is a great FB group called beyond sleep training that you can check out and ask questions and stuff if you want to. I remember when my daughter was still a couple of months old and I brought it up with my dad and he was the first one to let me know that I didn’t need to sleep train.

It surprised me so much because it is so prevalent that I didn’t even think about the possibility that I wouldn’t need to. Then I talked to other people and was introduced to this group. –oberon139

What would your advice be? How would you react in this sort of situation? Comment down below and let us know.