I know that only people who can actually utter this statement have money in their pockets but it is essentially true. While I am not going to go ahead and say that money doesn’t matter because it does and yes, it can make your life easier but it isn’t everything. At the end of the day, as cliche, as it might sound, money can’t buy happiness even if you think it might be able to. So sometimes you have to make life decisions that might not make you a ton of money but will give you peace of mind. However, in a lot of jobs, we don’t tend to think like this. When it comes to work, most of us just want to get as much as possible for the work we do and there is nothing wrong with valuing your hard work highly. Although you have to also keep in mind whether you are actually somewhat satisfied doing the job that you’re currently doing. I am well aware that sometimes you don’t have a choice and some of us don’t have the luxury of options but oftentimes, you just have to break out of the box.

Why do people attempt to take the labor of others and act so foolishly as to believe they would get away with it? This manager grossly undervalued their staff. Swift and violent was the pro-revenge.

1. When OP proposed automating to his manager to save time, he replied in a condescending way 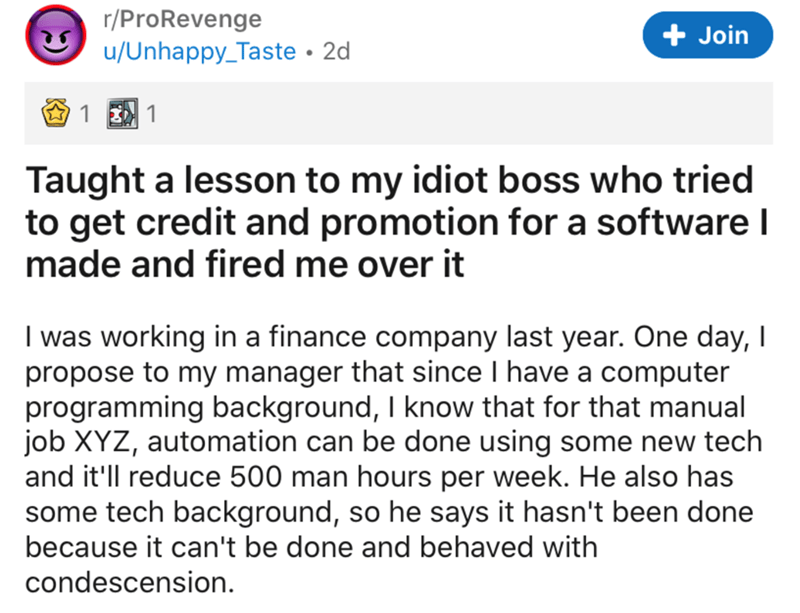 2. The idea of OP was banned for using because the manager said manual way is effective which wasn’t. Later he started doing the work with OP’s software without mentioning him and got promoted 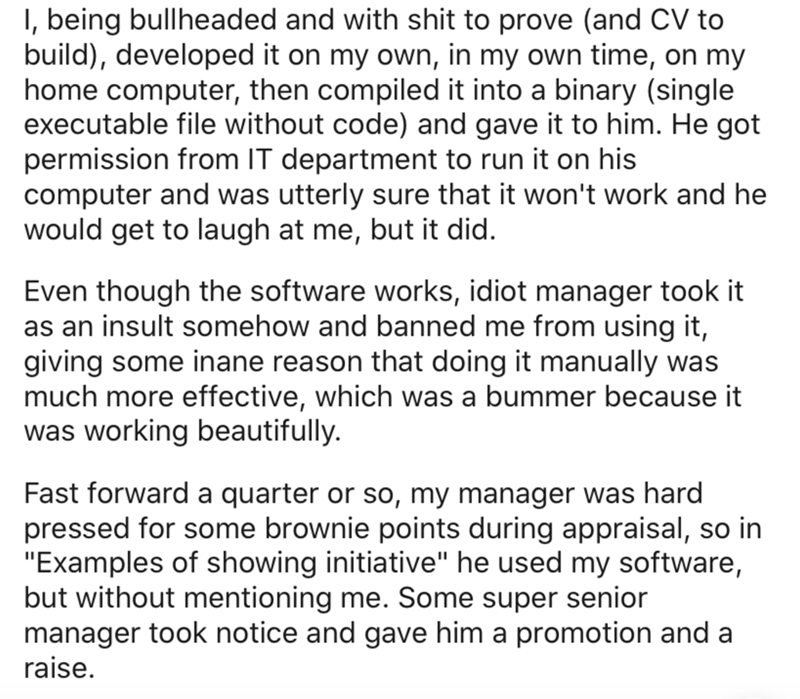 3. One day manager comes barging in OP’s office and asks for the code otherwise he would fire him, OP refuses and resigns, later comes to know his aim 4. OP was smart enough to put a malicious code in the file which would not make the software work 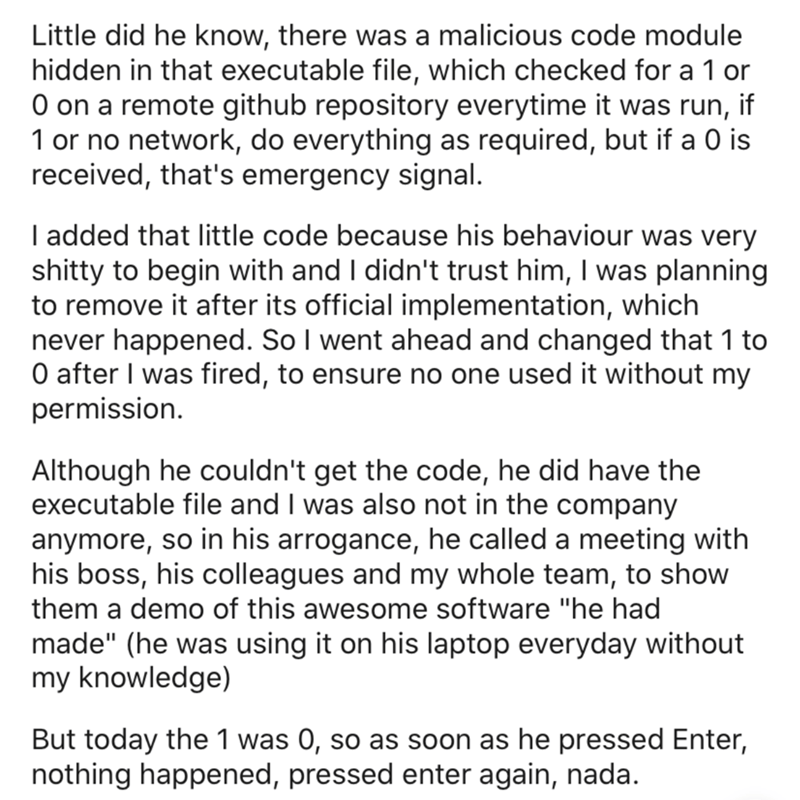 5. The malicious code encrypted word, excel and PowerPoint files of the manager, he couldn’t understand what happened. Later OP used the same code at another company and succeeded 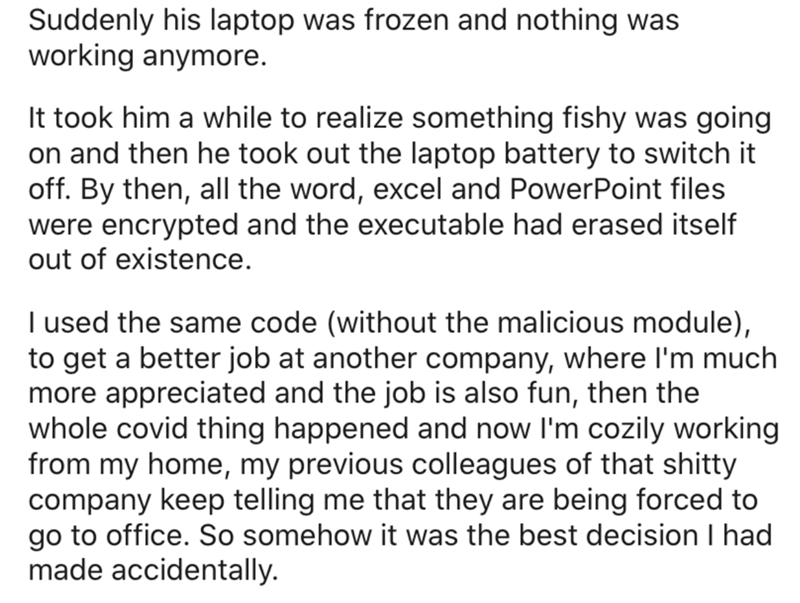 6. The promotion of raise of the manager therefore got cancelled as he lost important data. He called OP abusing him and he ignored 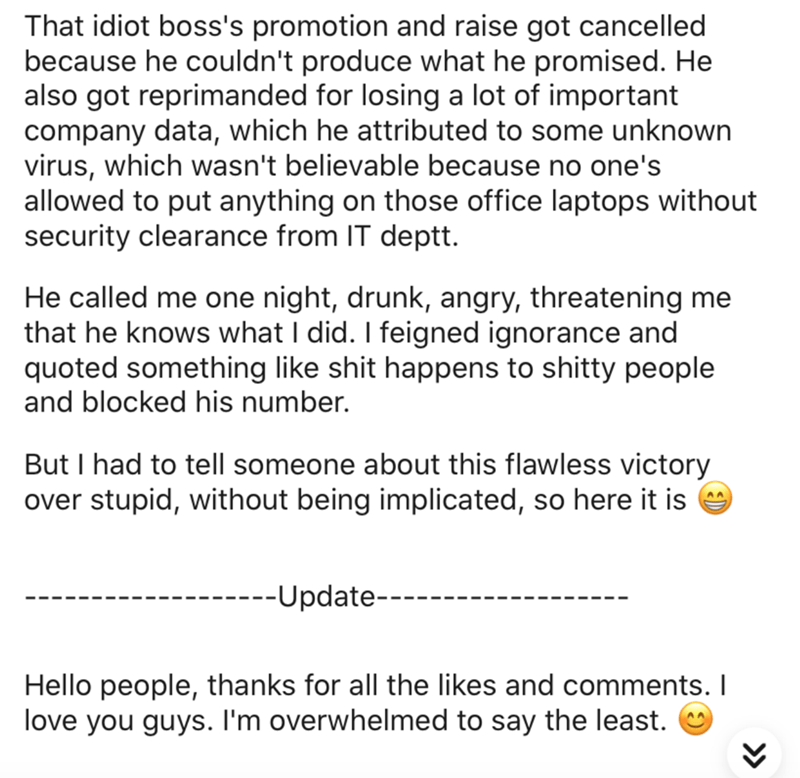 8. Some clearance on the story 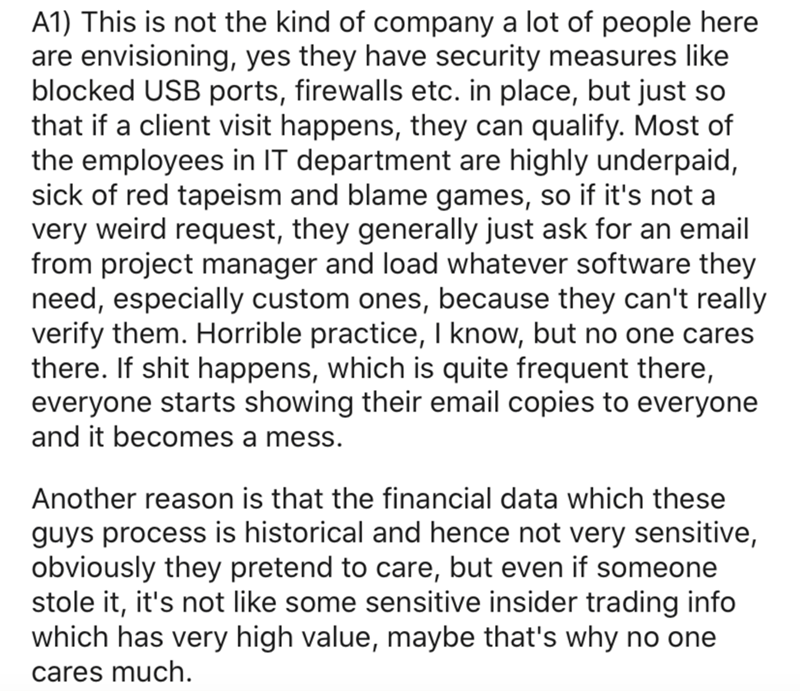 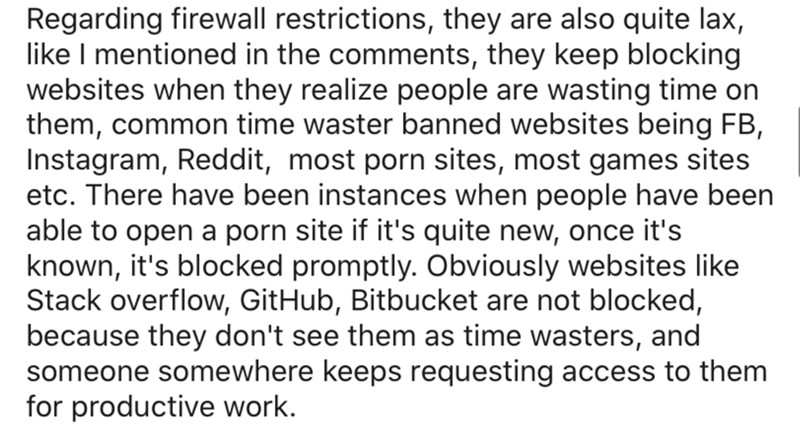 10. Answer to questions on the story 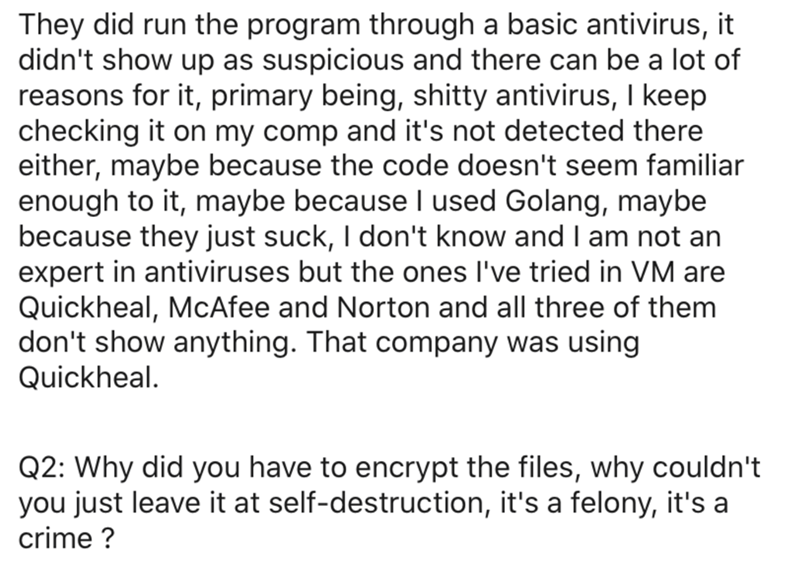 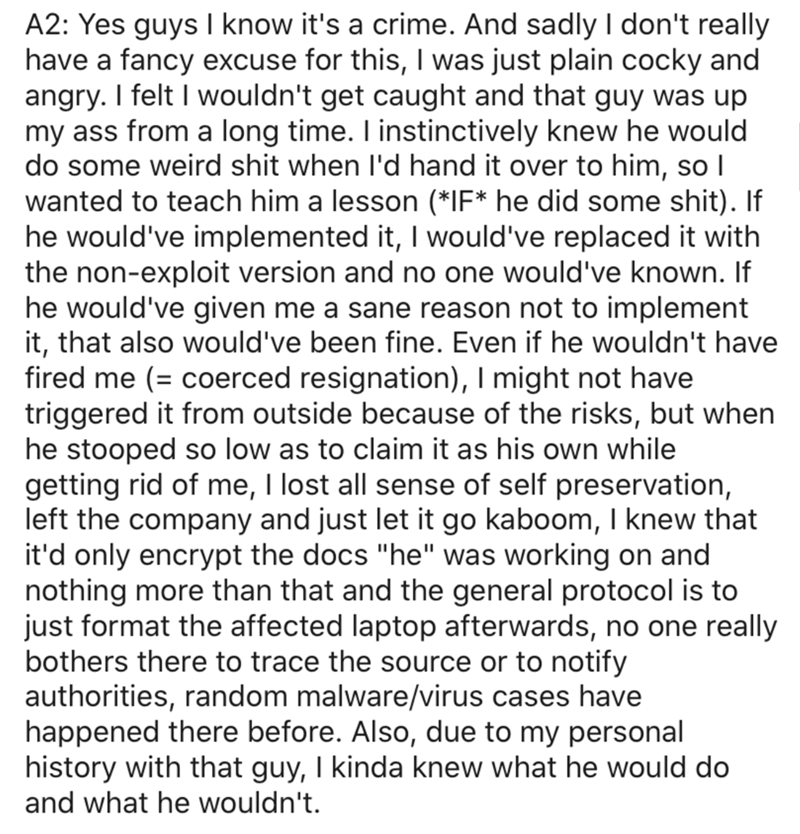 12. OP is advising the readers to not try the code 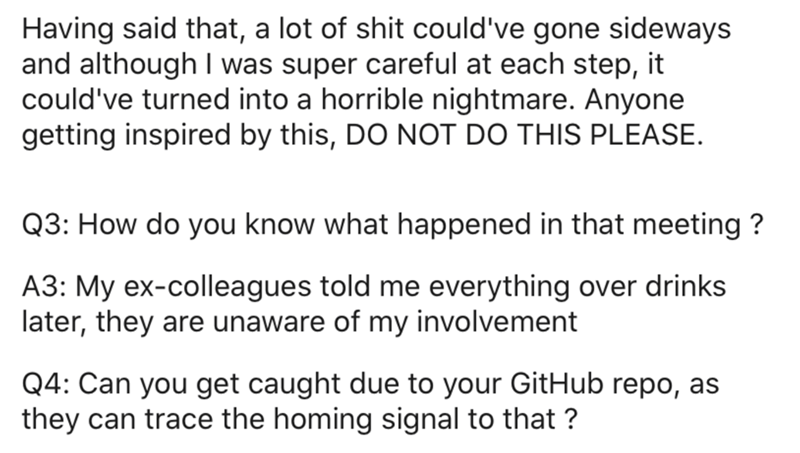 13. Some more answers to people’s confusions 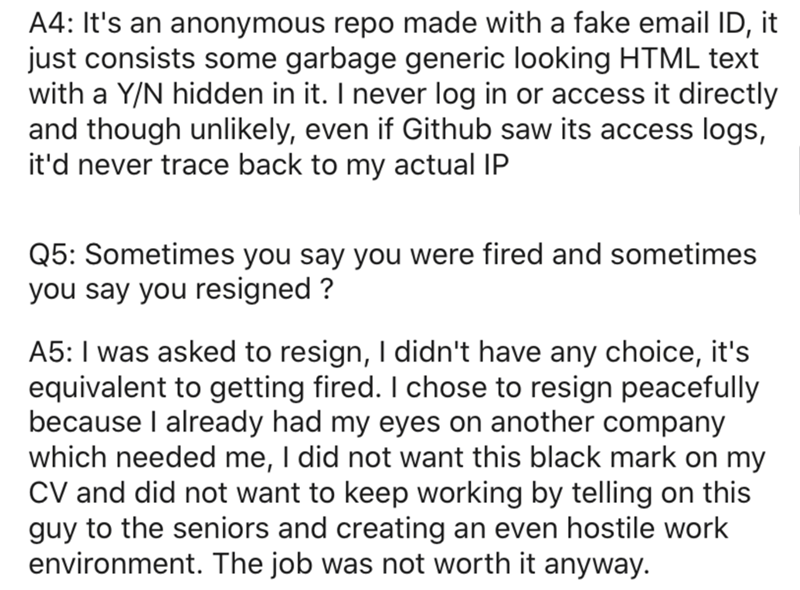 14. Details about the tech stack used by OP 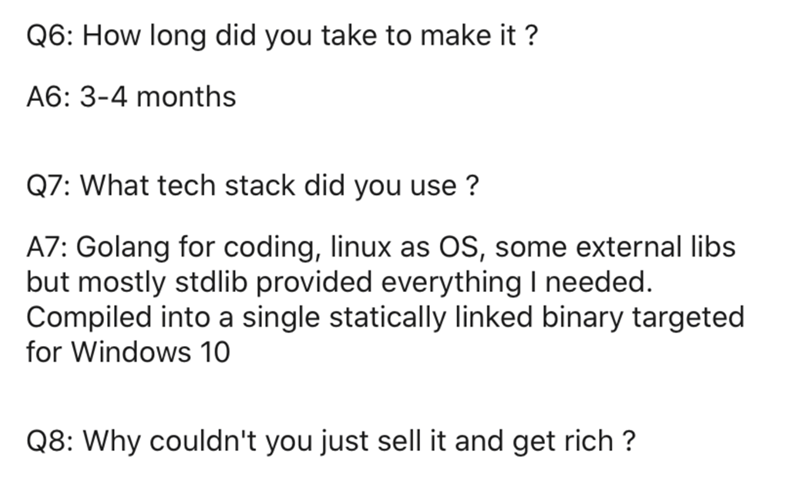 15. Here are some more answers that might help you 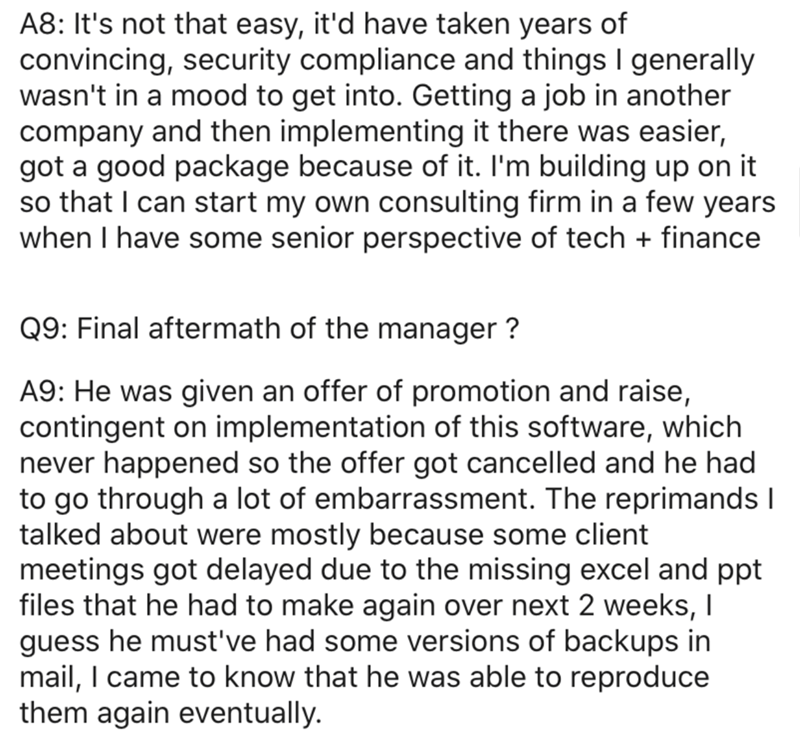 16. That was all about the story 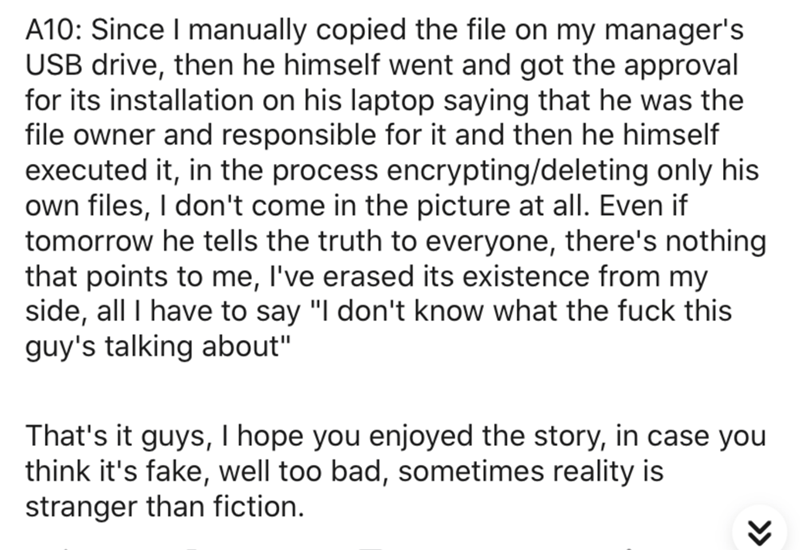 Advertisement
Via u/Unhappy_Taste
Hope you enjoyed reading this story. Specially tech people out there, we would want to have your opinion on this. Ever had something similar to experience? Share in the comment section below. Stay tuned in for more.