We all surely adore dogs. Most of us like taking responsibility for a dog because we want to care for it. But looking after a dog is not always an easy task, especially when the dog has health issues. This is the life of a Dog-sitter. When you are caring for a stranger’s dog, you are more cautious of everything going well. You do not want the dog to get lost, or get even slightly hurt. It is especially harder when dog-sitting comes with a list of strict demands. Similar is the story of the Imgur user Ladykryptonitex, who shared her story of how she refused to dog-sit a dog called Junie, who was suffering from Diabetes. The issue that arose was that the owner required a list of strict demands that she wanted the dog-sitter to meet while taking care of the dog. With all the extra workload, the owner was not even willing to pay a good amount for it.

The list of demands was long and tiring. The dog sitter was required to spend 90% of their time with the dog, which was a lot. The owner even required the sitter to use their own money in case of any emergencies. That was just impractical! What was the dog owner even thinking when she demanded this? Now coming to the most shocking thing, the owner had cameras installed so she could keep a check if the dog-sitter is completing all the tasks properly. That is insane!

We have added the whole conversation between the dog-sitter and the owner below for you to read. I could not believe someone could actually demand this much without giving a crazy amount of pay.

This is our sweet Junie, who is the daughter of the bitter owner we are talking about. 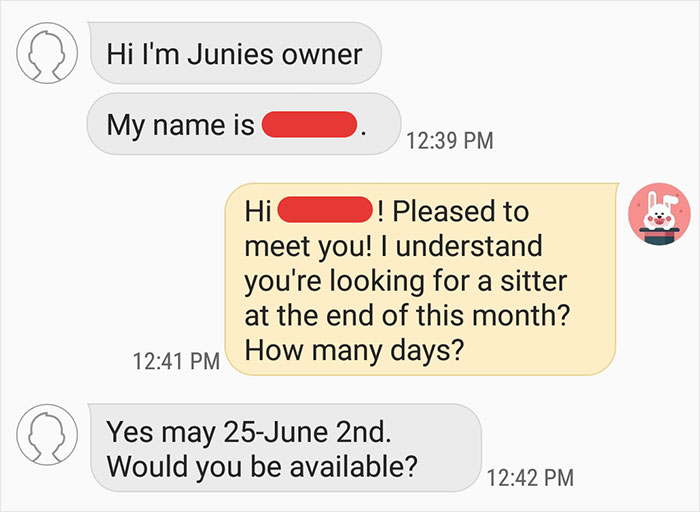 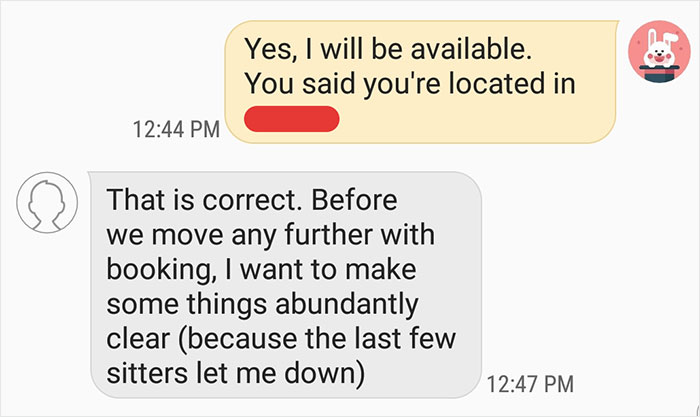 One would think that a pet-owner would give a fair list of demands, right? I mean, every human wants their pet to be in good care. While that was true for Junie’s owner too, she went a little overboard with it. Here comes the neverending list of demands! 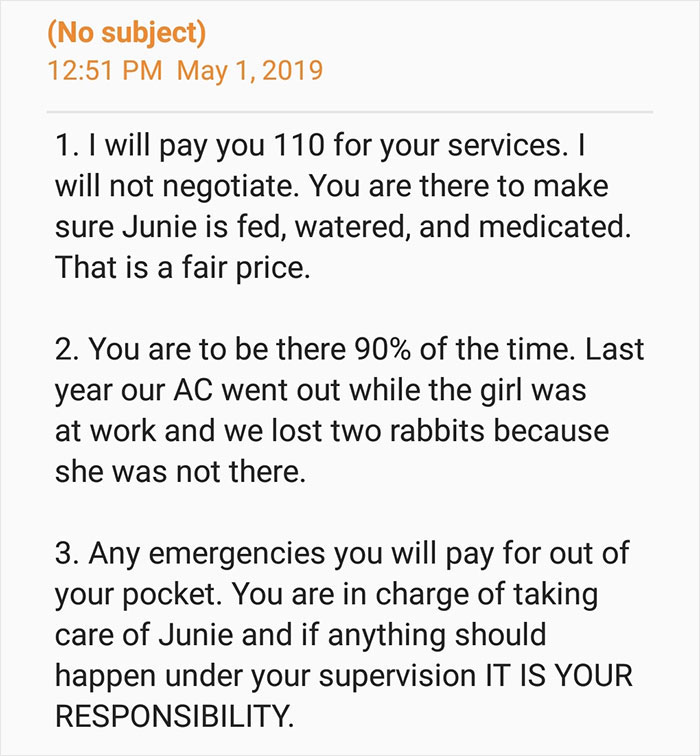 While the list did not seem to end and so much was demanded of the dog sitter’s time, the owner was not willing to pay sufficiently. She finalized her offer at 110. 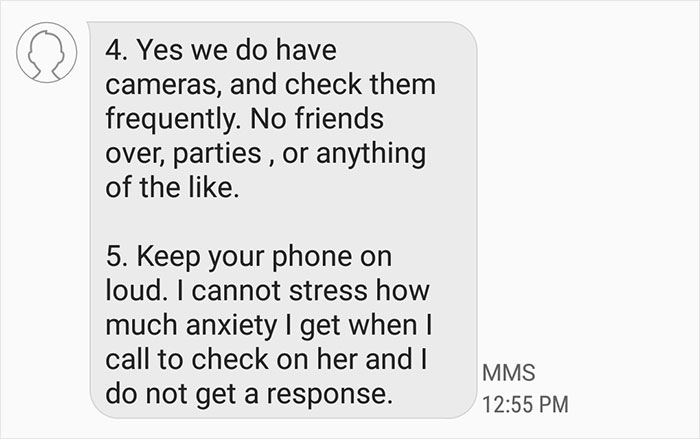 Damn, I feel sleepy even reading the demands. The list did not seem to end!

The dog sitter knew how insane the demands were, so she refused immediately. 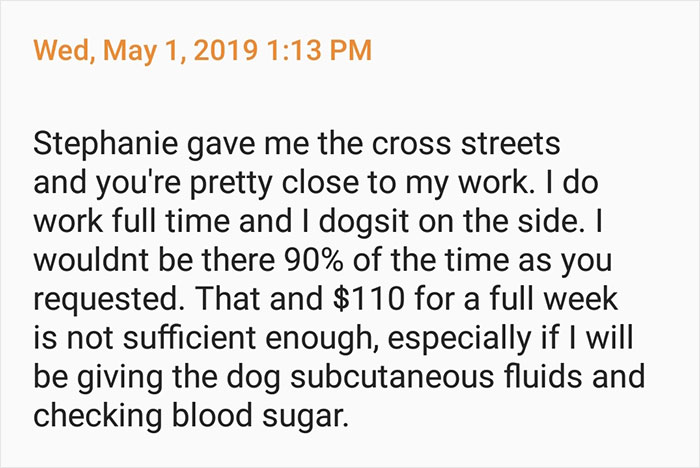 Junie’s owner was very bitter about the refusal. The audacity! 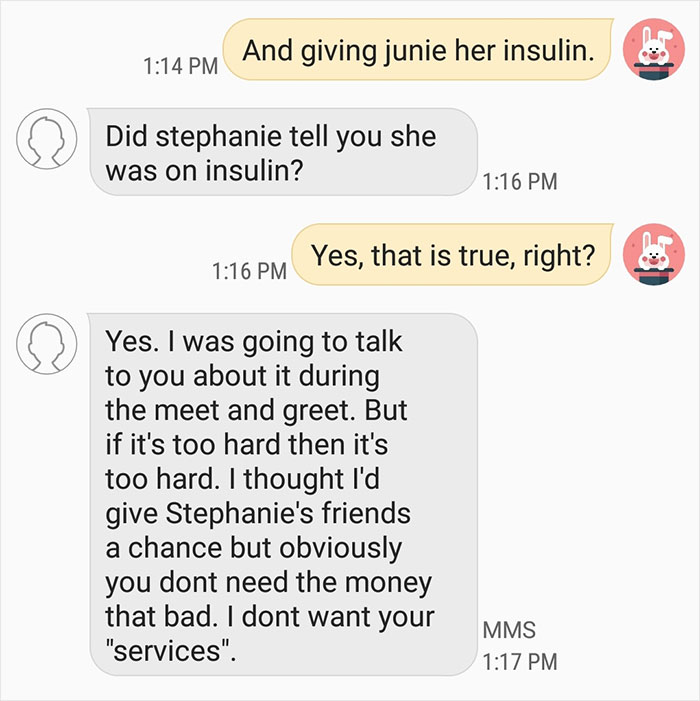 After the user shared her conversation with Junie’s cheap owner, it was followed by a lot of comments. Many users agreed that the owner went completely overboard and was asking for too much. She was demanding too much and giving very little in return. I could not agree more! I guess Junie’s owner did not know how services like these work. You should be ready to pay a big amount if you require a full-time service.

This is what other people had to say!

Many people explained why it was unfair for the owner to put so much burden on the dog sitter. They dived into the insanity that the owner was engulfed in.

If you want your pet to be in good care, and ensure their complete safety, you should be ready to pay some cash. The dog-sitter was doing this job as a side-job and was not a full-time dog-sitter. Plus, her demands were not even negotiable. Being present 90% would mean the dog sitter would have to be there for the most part of the day. That is probably more than the working hours. I cannot believe the dog owner thought she could get away with this.

Would you take this job if it was offered to you? Let us know which demand seemed most absurd to you in the comments below!