Don’t you just love the stories where Karen people get instant KARMA?

I mean, it’s indeed one of the most satisfying things to witness. Some people think too highly of themselves and goes through a superiority complex as well. They would think that they are above everyone and things should always be like how they would want them to be. You shouldn’t be rude to anyone because you don’t know what they are going through or most importantly, who can they turn out to be!

The story that we decided to share with you today is truly satisfying AF. It’s about how a Karen customer went all rude to a waitress and tries to put her down but God had a bigger lesson planned for Karen. The waitress started to connect the dots and turned out she knows the customer and not only she knows it, but she also had the power to end that customer’s career within a few seconds too. Sounds too dramatic, right? But wait till you start going through the actual story to know what we are talking about. So, without any further ado, let’s just jump onto the story and it’s really, really interesting!

1. So, this girl didn’t just have great exposure in her career but it was something amazing she experienced! 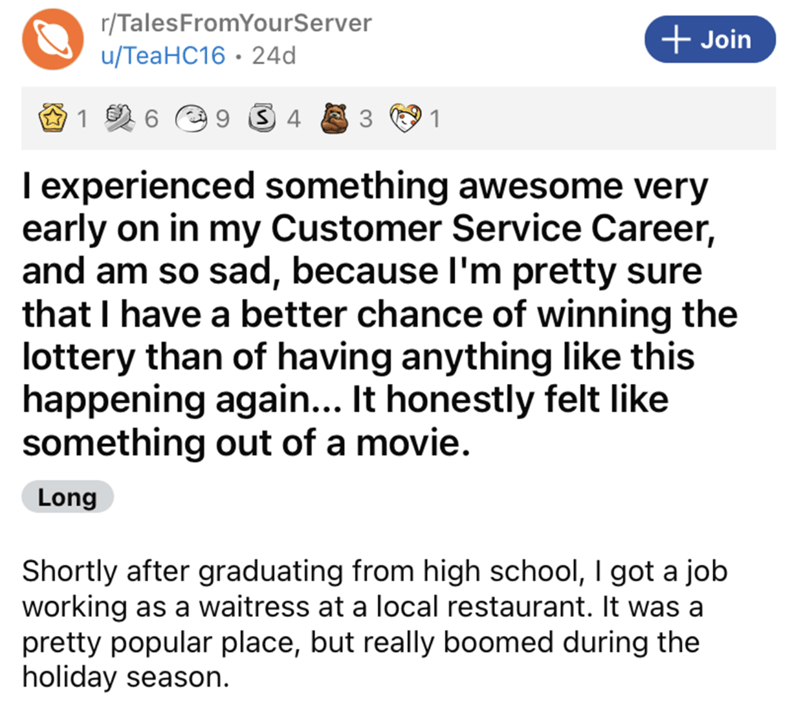 2. 7 pages! Boy, that would have been exhausting as everyone knows how things can get busy before Christmas! 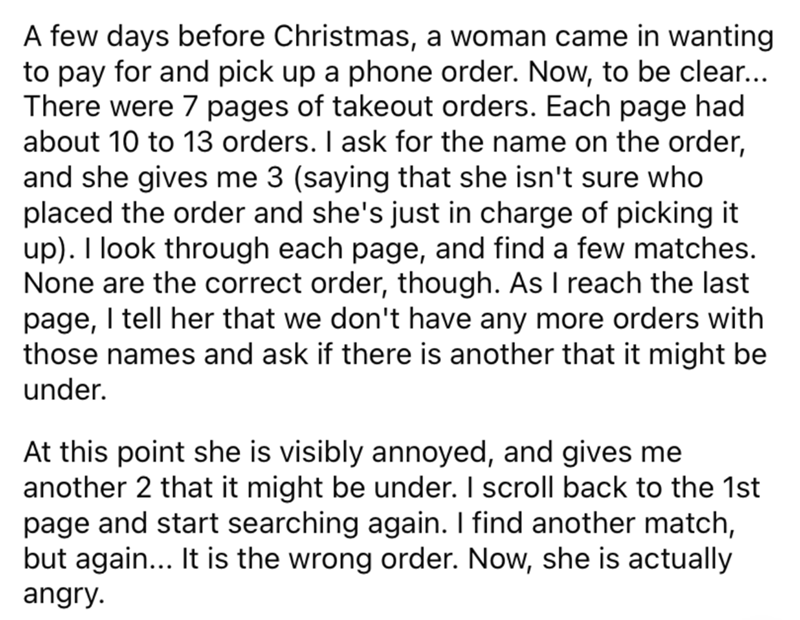 3. Damn, she decided to be rude from the beginning of the conversation! 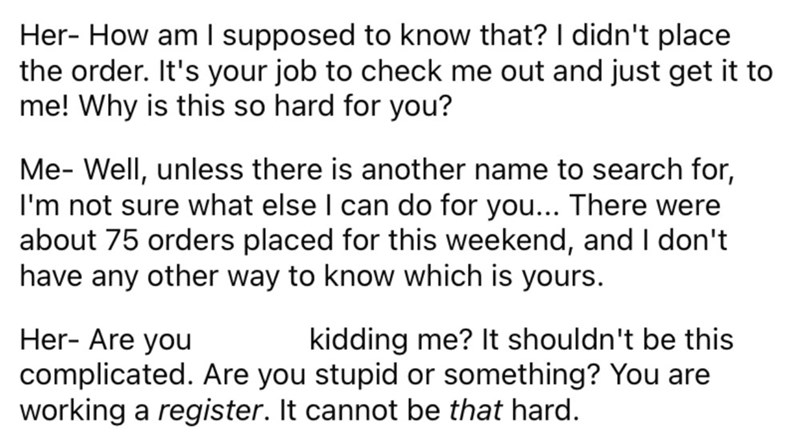 Okay, as of now, we are pretty sure you would be so angry at Karen and the way she decided to behave with the waitress who’s just doing her job silently and trying to accommodate her in the best possible way. But people like Karen always forget that they could get into massive trouble just because of their arrogance. What happens next is surely going to leave you baffled! So, we suggest that you keep scrolling until the end.

5. Wait, what? Something’s fishy now! Why would the waitress smile after knowing about the company Karen worked in? Hmm, it’s about to get interesting! 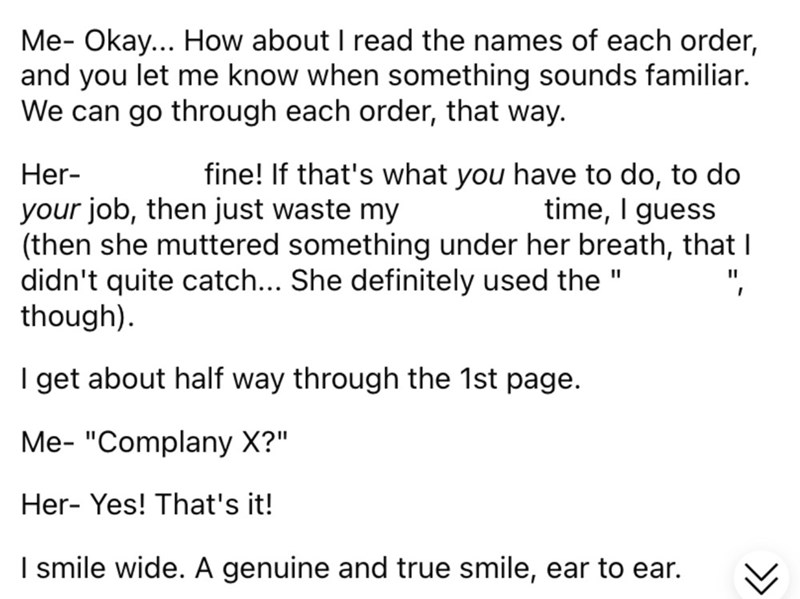 6. Wait, WHAT!? The waitresses dad owns the company Karen works at!? Oh God, it couldn’t get any worse than this. Now we see how she had the power to end her career! 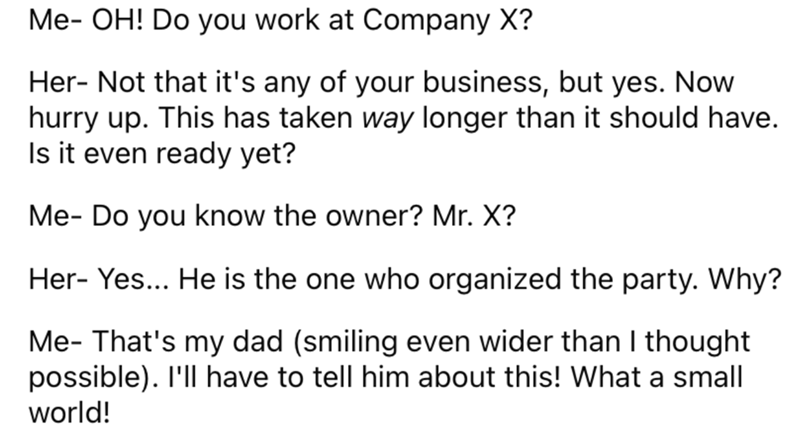 7. Karen would have been so embarrassed and that’s exactly what she deserved. Lmao! Can’t even begin to imagine what her expressions would be! 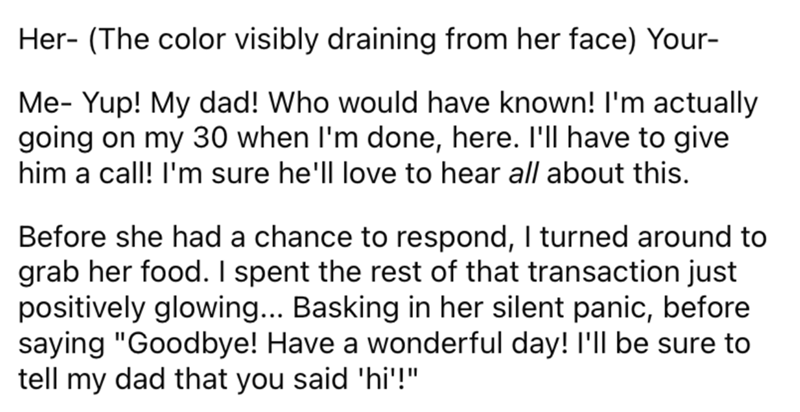 8. It was humble of her Dad to not fire her but these Karen type of people rarely learn from their mistakes. They can be very arrogant! 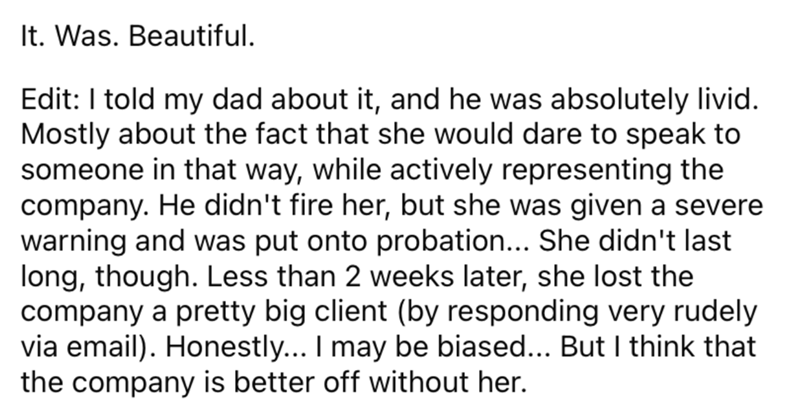 Well, that was the end of the story and we are pretty sure that you must have been so satisfied with the ending, aren’t you? Whenever these type of people get what they deserve is always a treat to watch. But sadly, these type of people would never learn from their mistakes but what they forget is, there’s always Karma waiting at the end of the street to hit them real bad. Anyways, what were your thoughts regarding the story? Let us know in the comments section below!