Halloween is all about candy.

I know many people will not agree with this statement as they will say Halloween is all about parties and costumes. However, for most kids, it is about trick or treat and all the candy they get to eat. And while adults without a sweet tooth may not think of candy as much, for kids it is a big deal. So when your parent forces you to come home early and gives away most of your candy, you will cry.

And that is what happened with this particular family. You see, this mother wanted to teach her child a lesson as he was being too greedy and taking way more candy than what the bowl said. Now I know most people will say that nobody follows those directions when it comes to Halloween but it is still not acceptable no matter what people say. People had varying opinions when it comes to this situation though.

You can read the whole experience for yourself by scrolling below.

The story starts with what sounds like a normal Halloween. 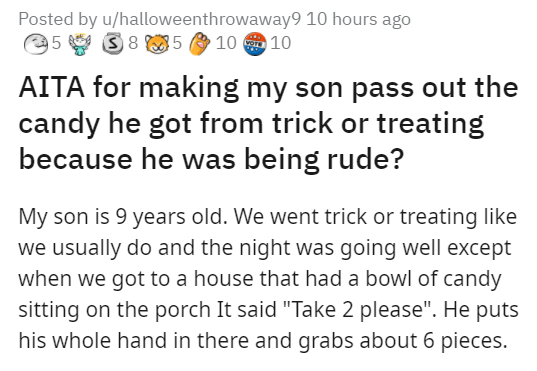 But things went a bit awry when the kid started to take way more candy than instructed. 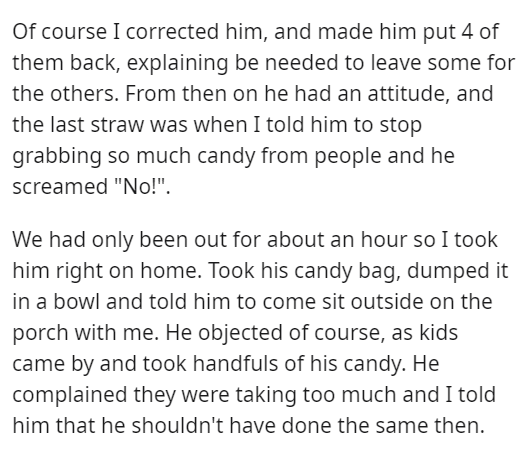 The mother thought it was appropriate to teach the kid a lesson so they ended the outing early. 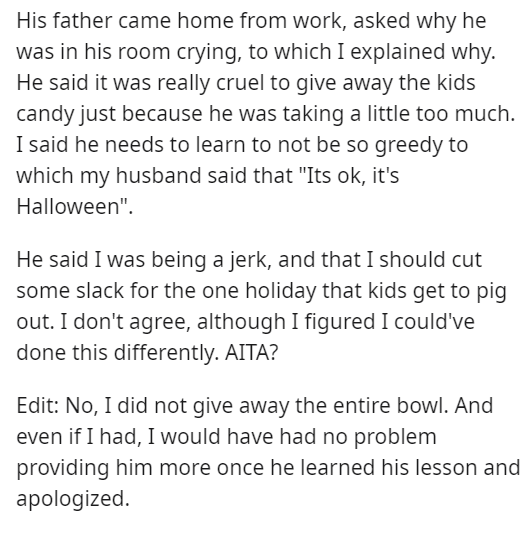 As you can expect, people in the comments had varying opinions. 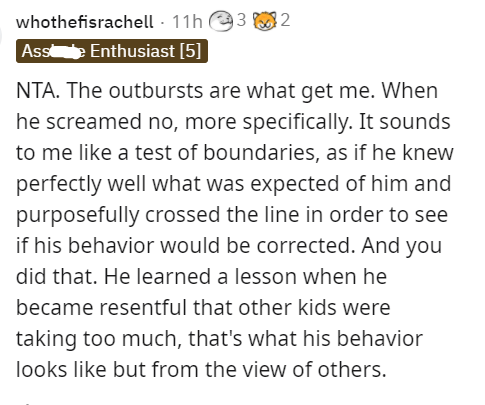 My daughter went trick o treating for the first time this year. She is turning 5 years old very soon and she is “severely” autistic (she never went in prior years trick or treating because she was overwhelmed). She followed my instructions, took only one candy from bowls left out, and she said “thank you” – quietly but she said it.

So for a 9-year-old boy to act that way is definitely not expected behaviour…. I think he was pushing boundaries too….

Most thought that it was an appropriate reaction. 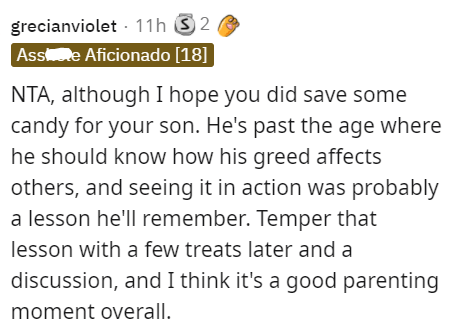 And that the punishment wasn’t too much. 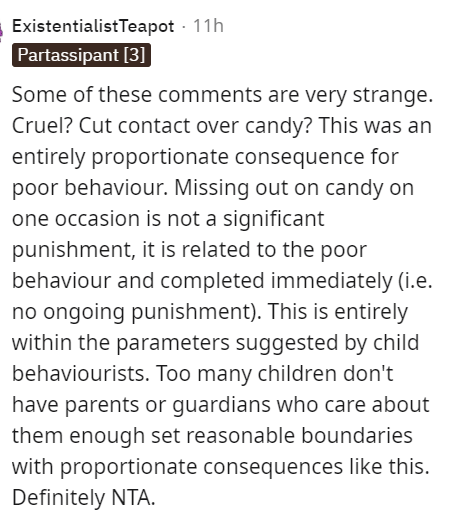 After all, it is a parents job to teach their kids. 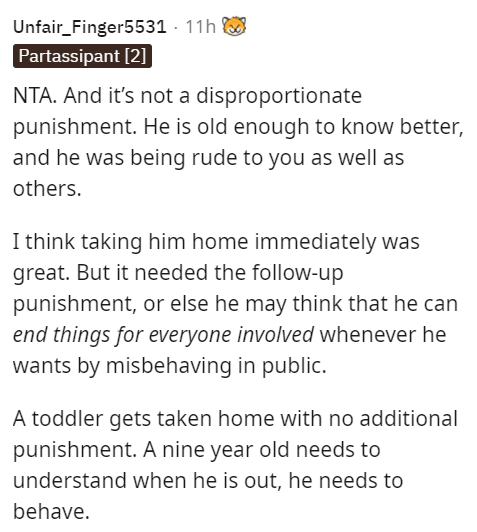 However, there were others who thought she was cruel.

And that she took it way too far. 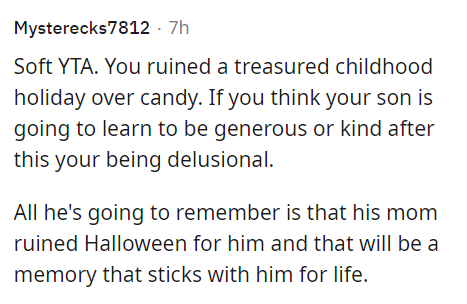 But most agreed that he isn’t 2 so he should have known. 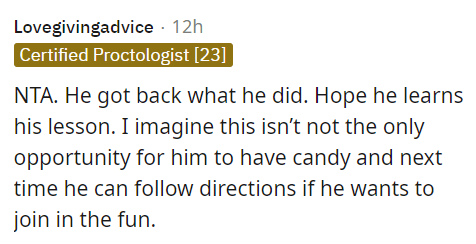 After all, kids need to learn their actions have consequences. 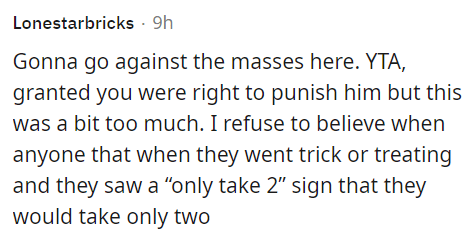 Many people thought it would have been better to just bring the kid home.

I am not a parent myself so I am not the best person to say what was the right thing to do in this situation. However, I do understand that what he did was wrong and her mother did need to take action. Whether what she did was correct or too much is not something I can comment on.

Rather than also giving away their candy. 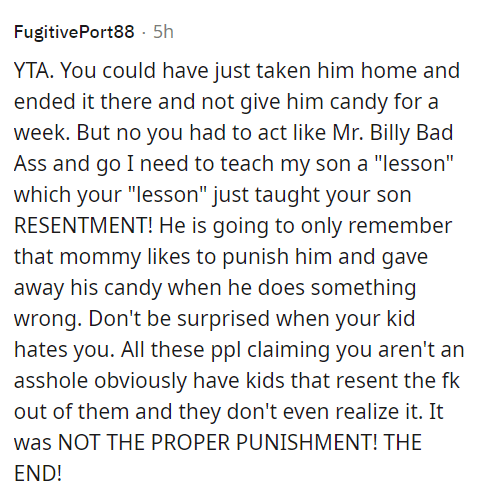 And some even went as far as to say that they would never do this sort of thing to their kid.

Everyone agreed that the behaviour was unacceptable. 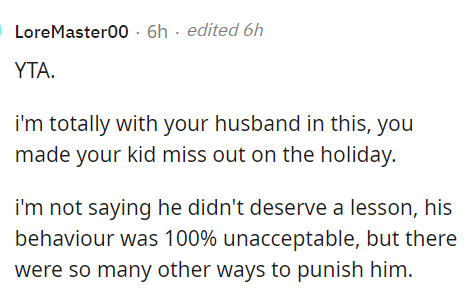 But for many, the punishment didn’t fit the crime. 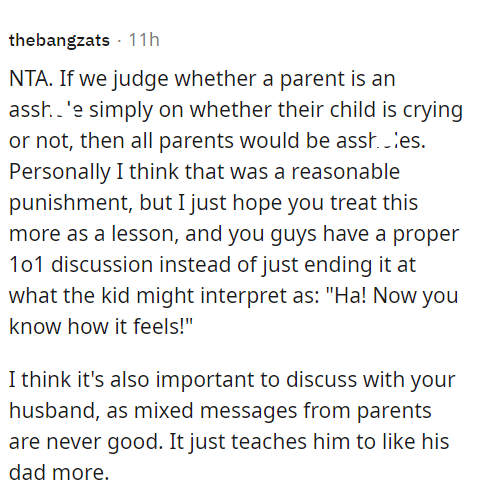 However, it wasn’t as if he didn’t get any candy. 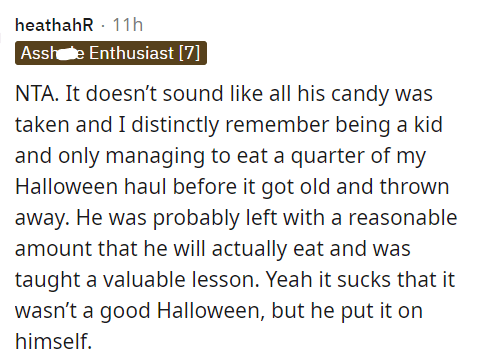 What do you think the appropriate punishment would have been in this situation? Do you think she took it way too far with giving away most of his candy? Would cutting the outing early be enough? Let us know your thoughts in the comments down below.