Life with cats is a whole new experience.

Anyone who knows a thing or two about cats would know that cats like to live life in a slightly different and unique way compared to other animals. Cats have an extremely independent personality and most of their decisions are followed by zero to no regret even though those decisions turn out to be a fail. They basically do not care what happens as long as their ego is satisfied and they get a sense of joy out of whatever it is that they do. With that being said, I am not saying that life with cats is a disaster. Cats are tied up with dogs as the most adopted animals in the world so if you ask a cat lover how they like living with a cat, they will always say it is the best experience of their life. Cats love to care and once that inseparable bond forms between them and those who they love, yes it takes a lot of time, the cat will make sure its owner lives a memorable life and they spend some quality time together. Now a cat’s definition of having quality time, as mentioned before, is a little different and that is exactly why we all love them so much.

Today’s post is for all those who have never experienced life with cats because today we will be looking at situations that would show us all how it is like to live with a cat.

Trust me, you may want a cat after this because of how mischevious and quirky they are.

1. Anyone in your family who thought they were the most good-looking would be dethroned the day a cat enters your house. 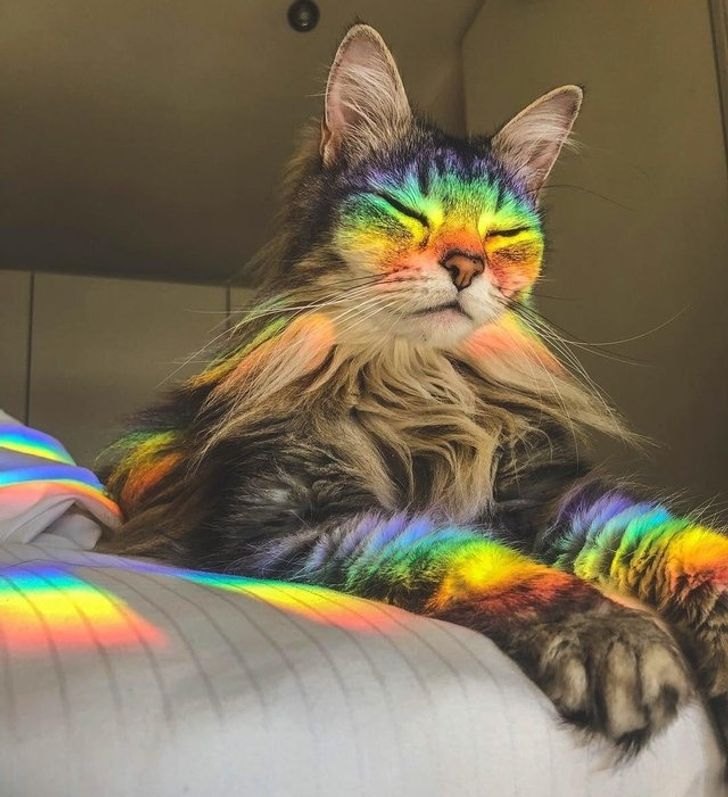 2. Your days will start depending on the mood your cat wakes up in. Looks like it won’t be the best of days for this family. 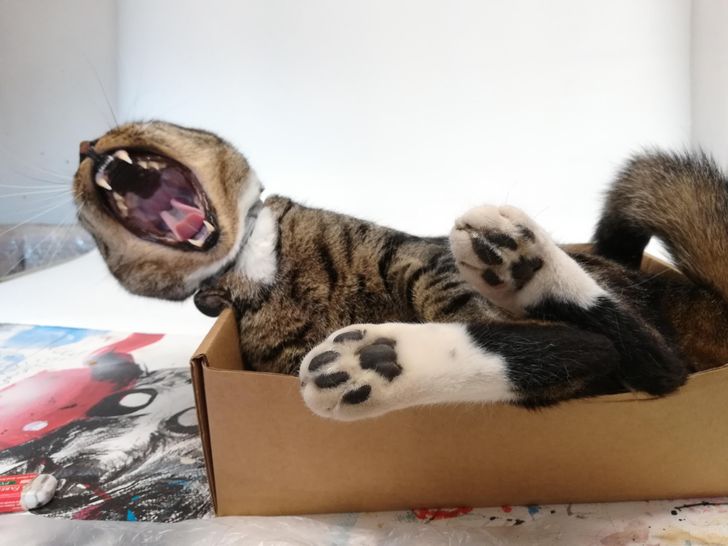 3. If you like to cook, the highest level of support is going to come from your cat. This cat smelled something delicious and stayed in the kitchen till the food was cooked. Unfortunately, it was still served cat food. 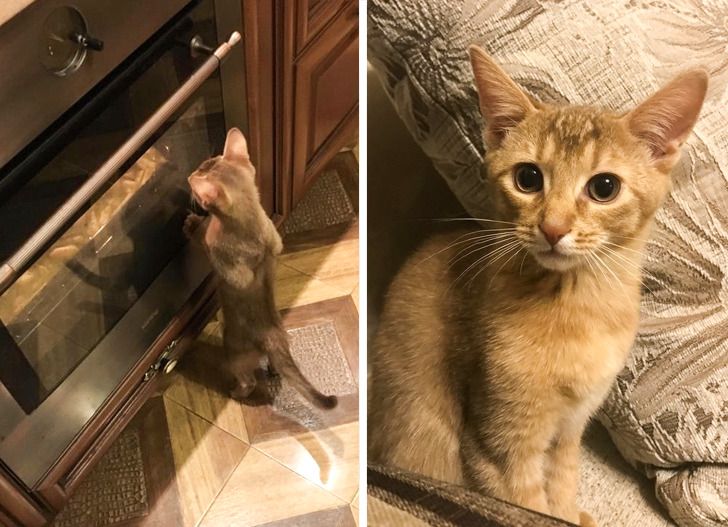 4. Such happenings will be very common when you have a cat in your house. 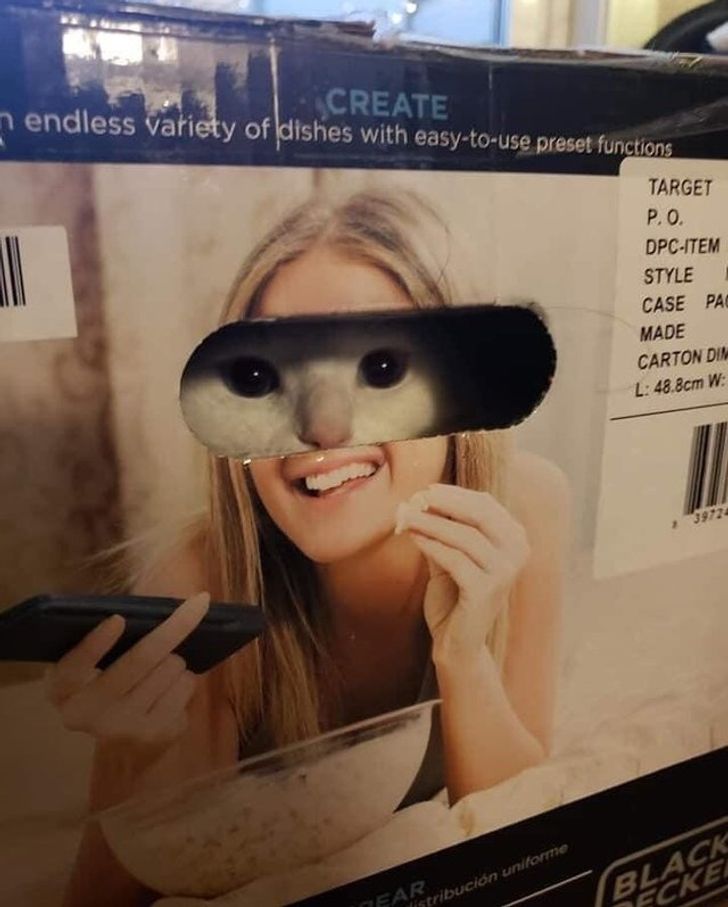 5. They told their cat it had an appointment with the vet today. The expressions say it all. 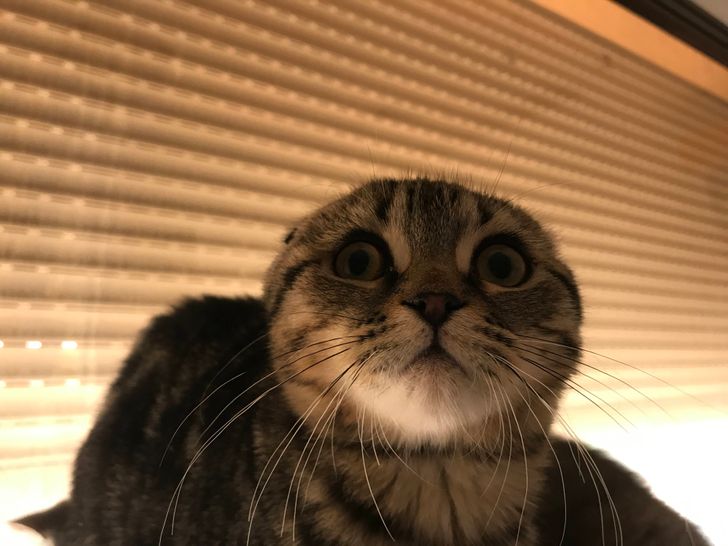 6. Soaking up all that Vitamin D so one else gets it. 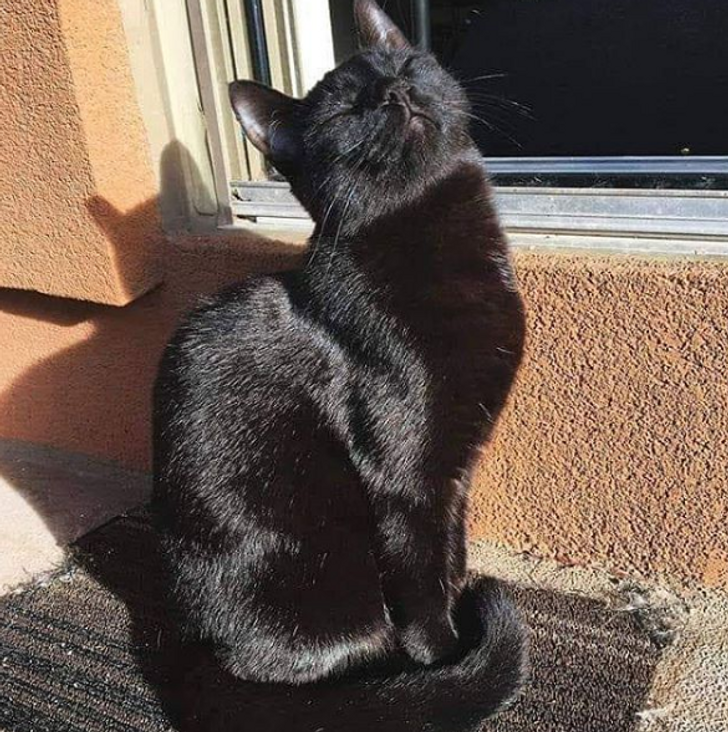 7. He hadn’t gotten a glimpse of his human in 40 minutes. This is how the cat reacted when they finally got out of the shower. 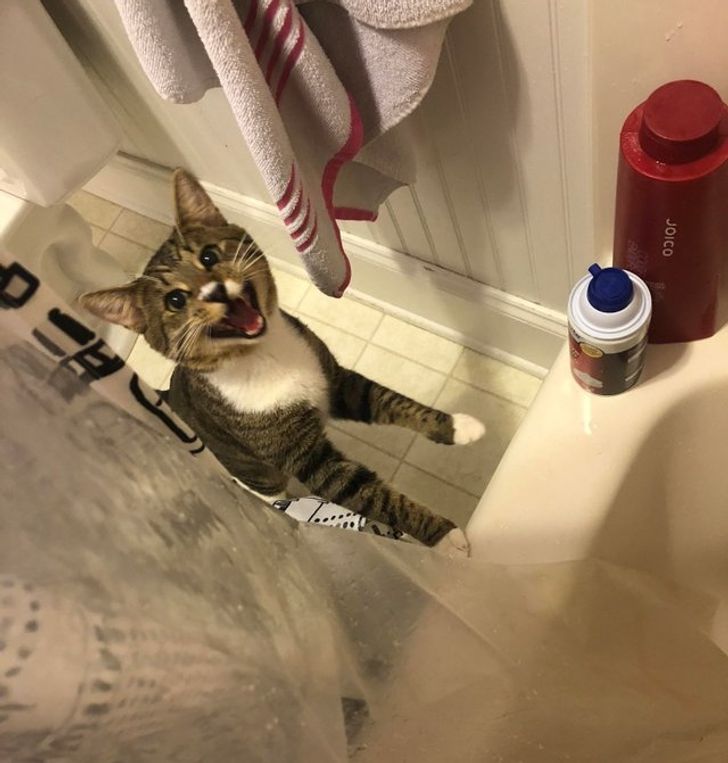 8. What you see here is a cat wrapped in a towel in a bath, sleeping. 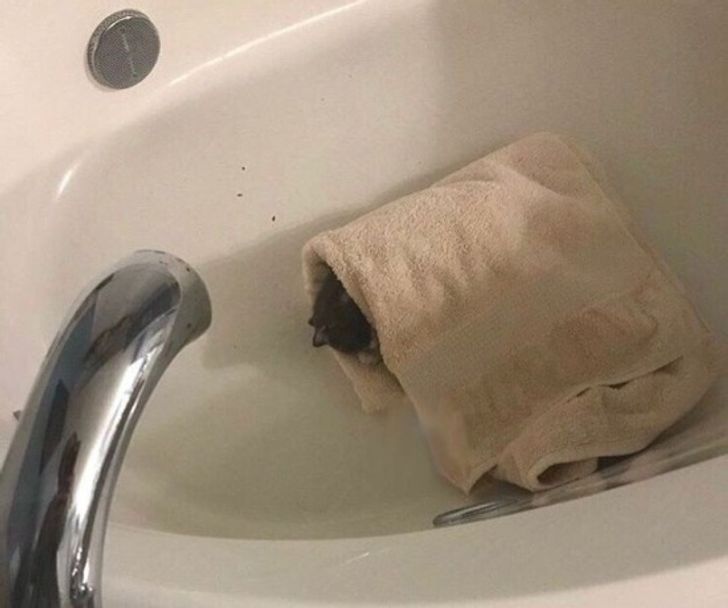 9. If there is a bag or a box in your house, your cat will invade it without second thoughts. 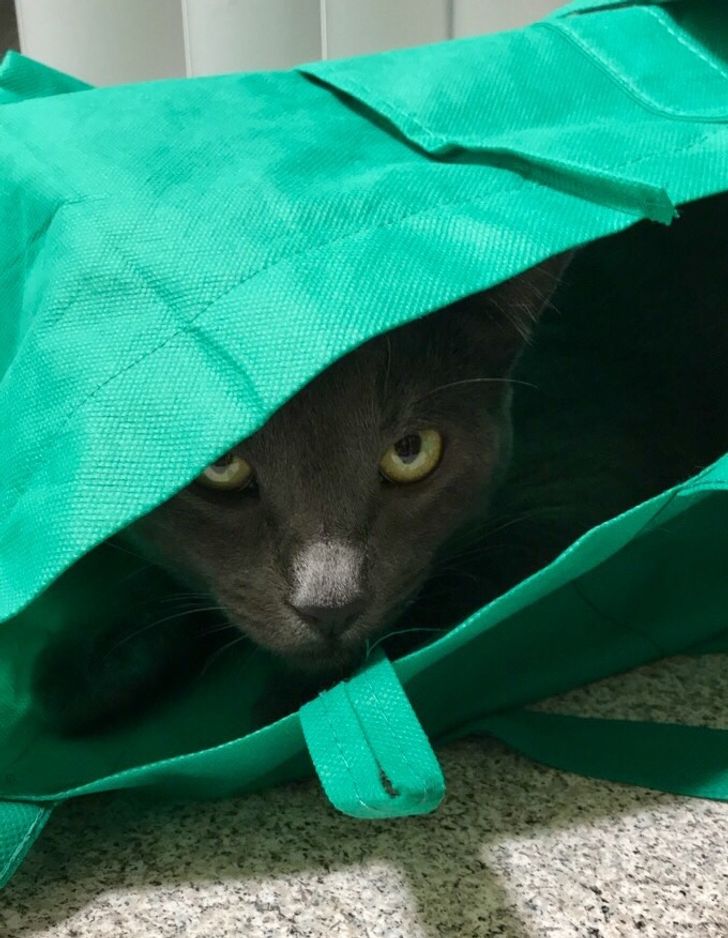 10. You will be rewarded with these beautiful facial expressions almost every day. 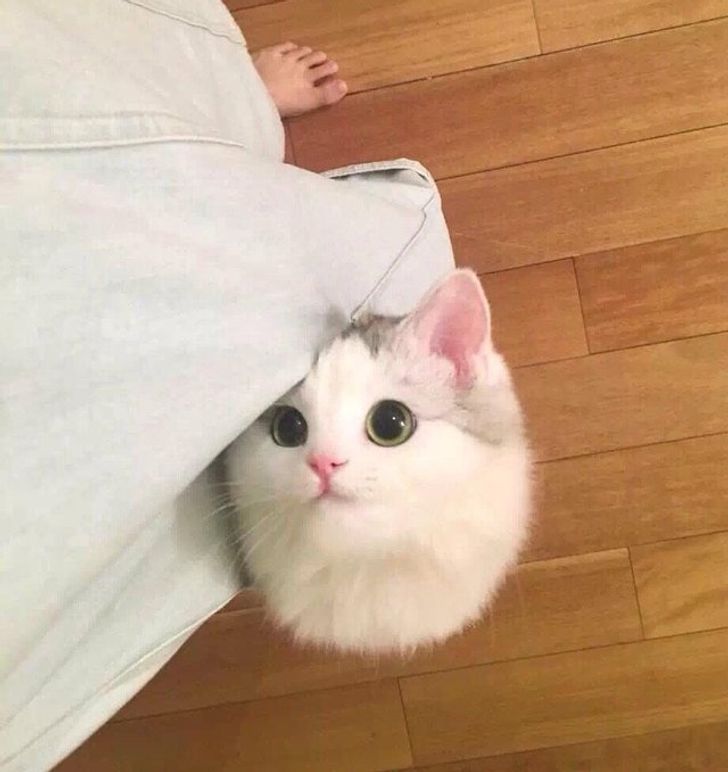 I swear the things cats do are just so cute and unique in their own way. No one will ever understand why a cat does what it does so we have mutually agreed to just love them for who they are because believe it or not, cats do put a smile on our faces.

Have these images convinced you to get a cat or do you need more insight? Sure, scroll down to continue.

11. “They took away my box so I found something similar to it. Feeling cheated.” 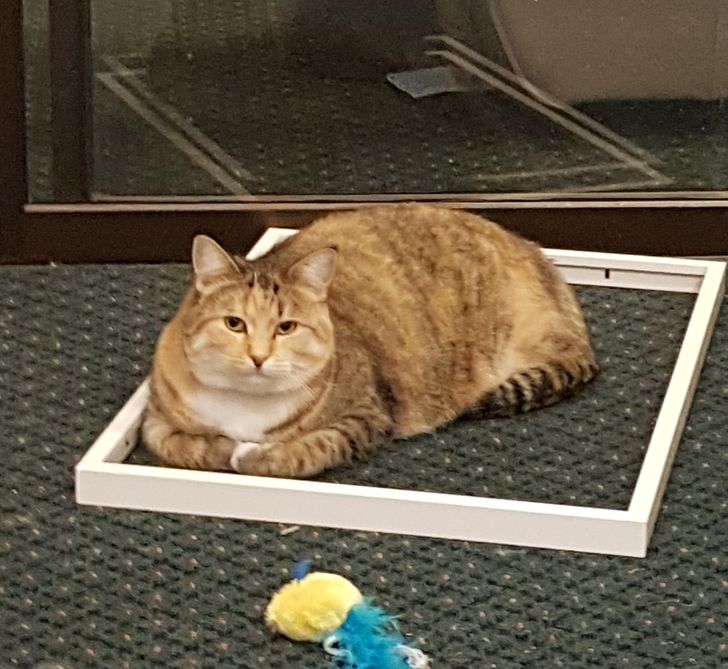 12. Just a floof trying to fit in a tiny box just to prove it’s not fat. 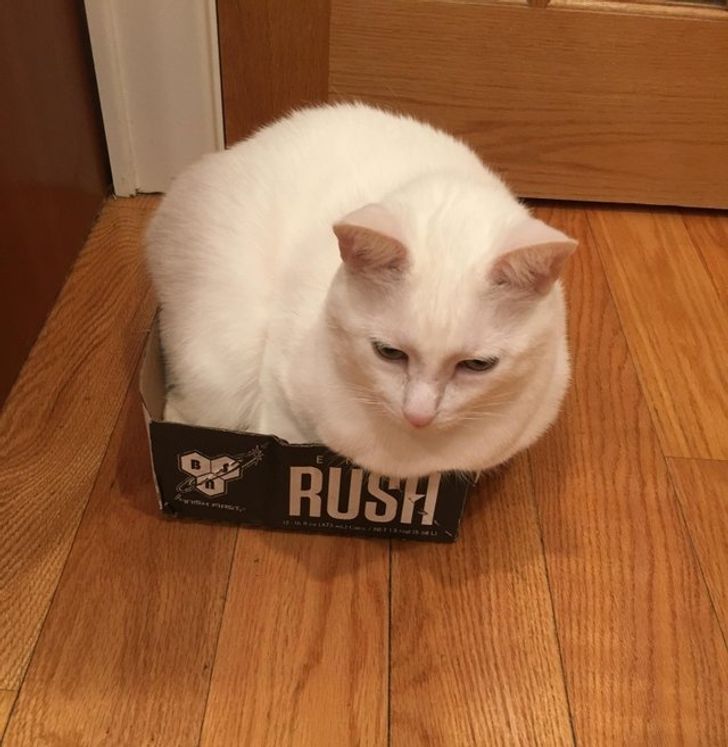 13. This is how cats spend time by themselves. 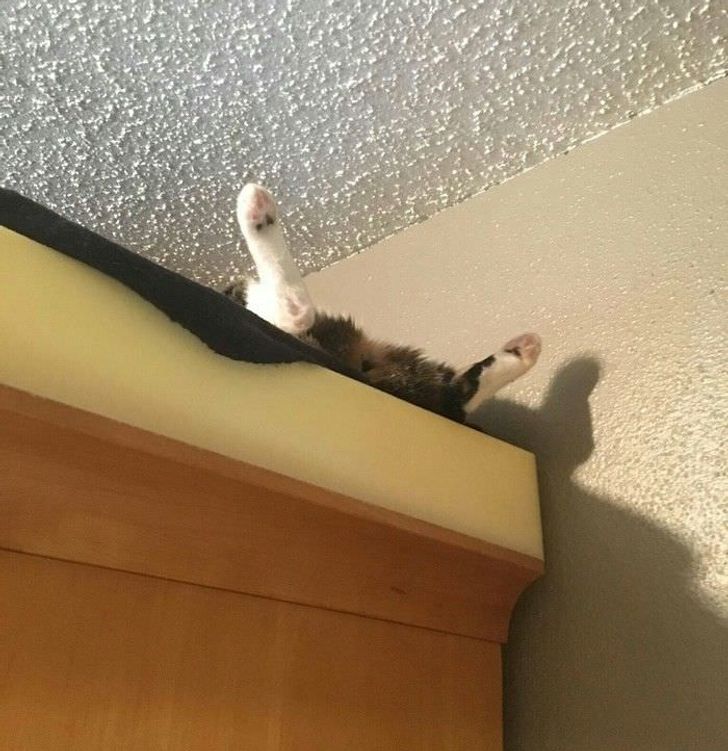 14. “Met a cool kitty. We agreed to see each other tomorrow.” 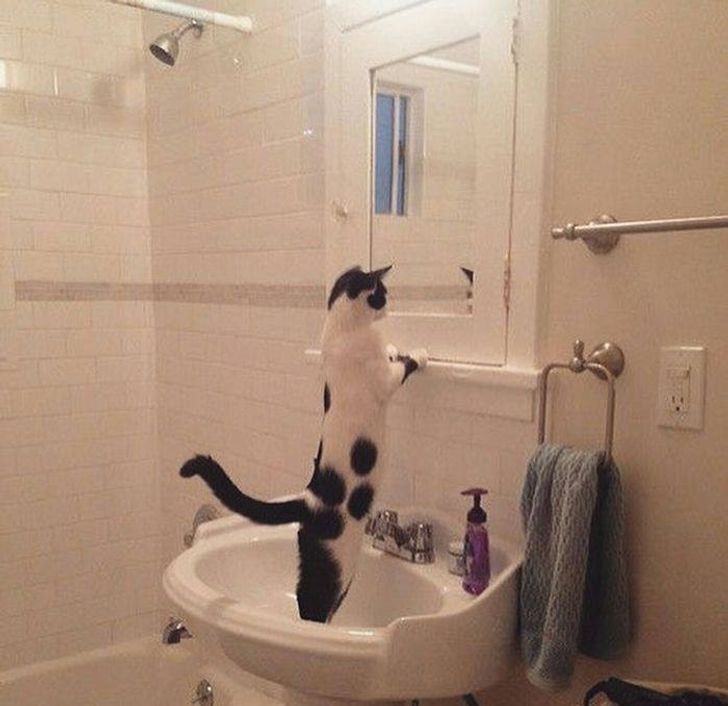 15. “Spotted my human’s center of attention and leaned into it.” 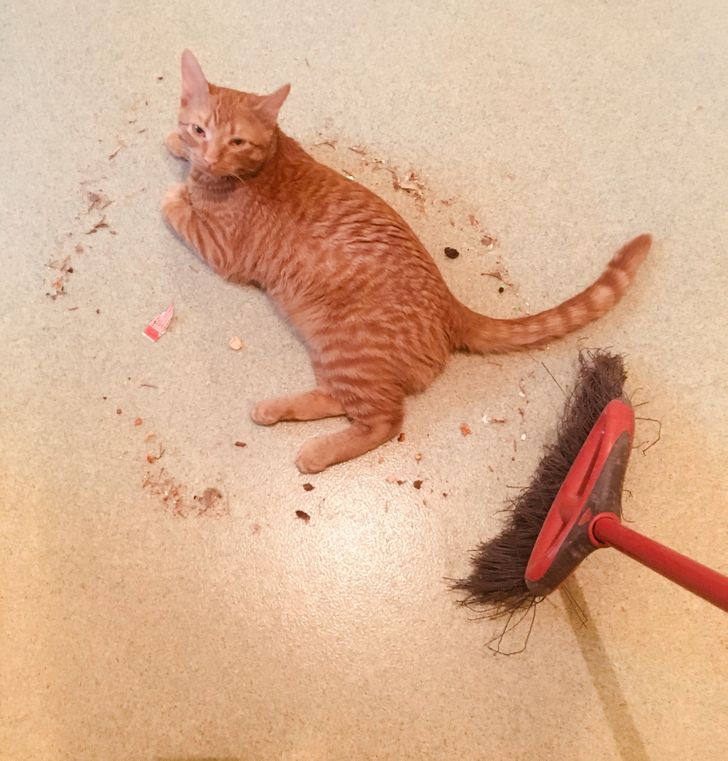 16. Anything with an opening is a spot. 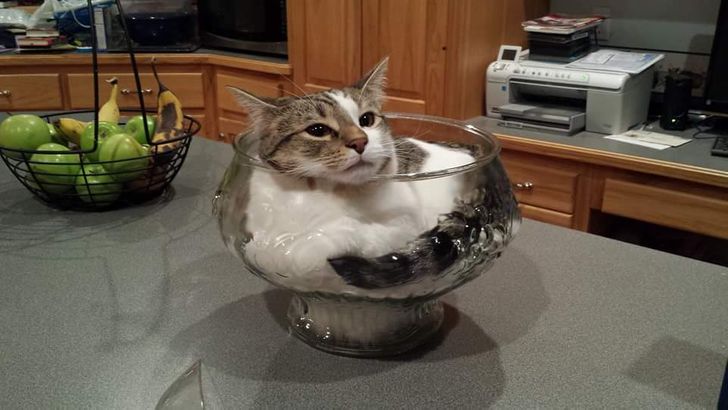 17. “My humans were taking photos. I brought some fun to the extremely boring shots.” 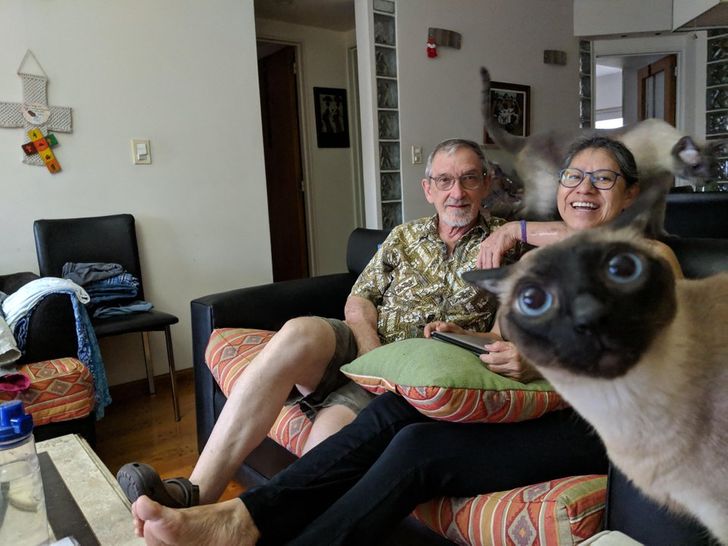 18. You will often catch your cat red-pawed stealing food in the middle of the night. 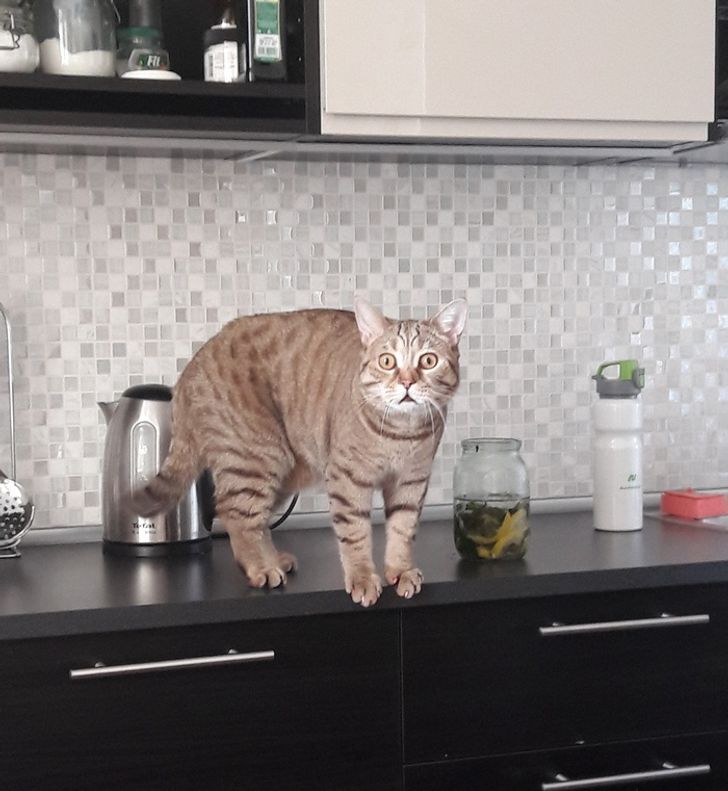 19. Don’t worry if you see your cat in this position, they often start thinking they are bats. 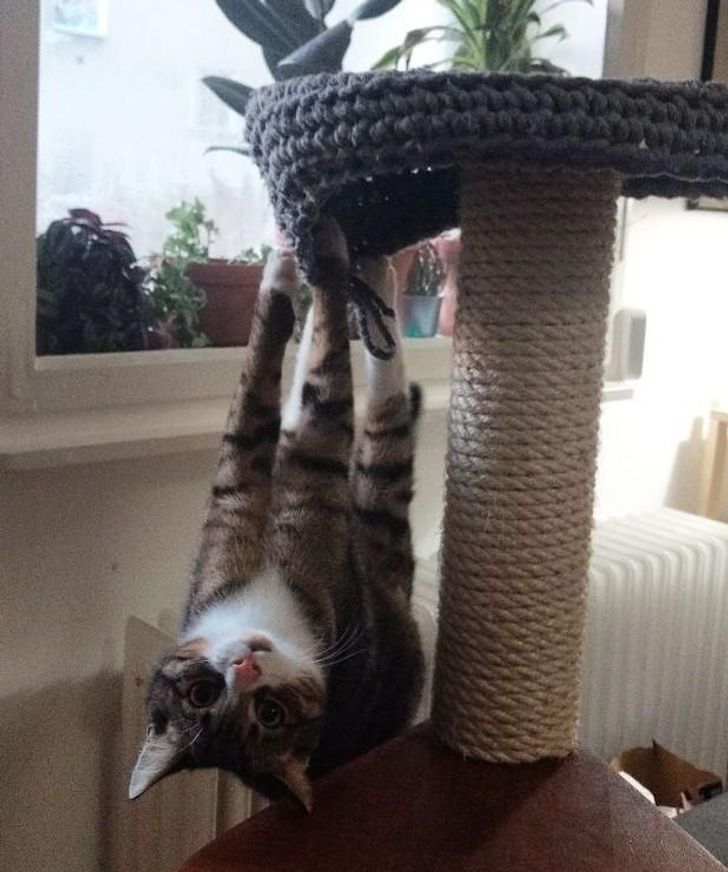 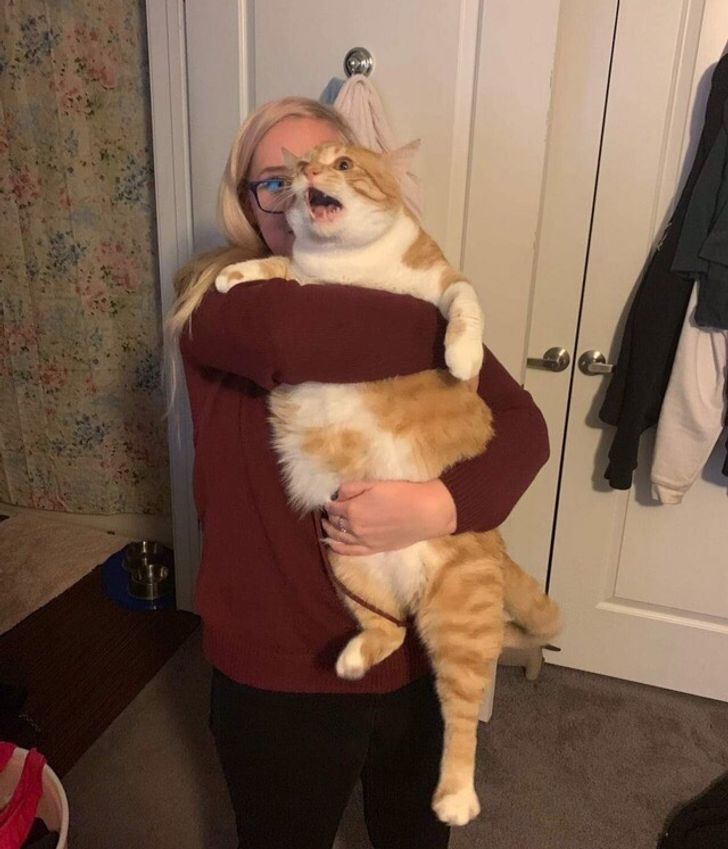 Our job was to let you guys know what life is like when you have a cat friend at your house, we hope we managed to get some clarity on the situation. Now it is totally up to you if you want to get a cat or would you still pass.

Either way, we hope you guys enjoyed this one. Don’t forget to share your thoughts in the comments section down below.