Being someone’s boss may give you greater clout in the workplace, but it does not make you a better person. People in every industry appear to have a difficult time grasping the concept. If you are sitting at an upper position in a hierarchy, you should be humble towards those who are beneath you because that’s what makes you a good worker. But unfortunately, most people, being bosses, and managers occur to be a pain in the ass to the workers.

This boss arrived on the scene quickly and decided to go full bully alpha mode. Well, it didn’t go as planned for them. No, no, no. A witness to their toxic activities, an independent IT consultant who was present at the time, decided to report them. The Bully boss was reportedly removed from his position shortly after that. Scroll down till the end to read the story in the words of OP. Enjoy!

1. OP was working as an independent in a team for a subcontract of a client. All the work was done by the independents while the team members relaxed and coded all work 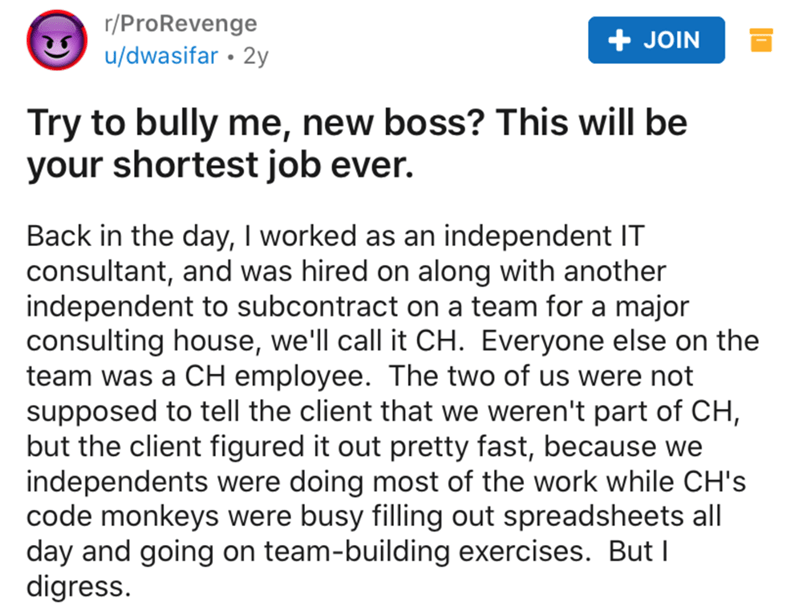 2. Though OP’s contract time had ended, he stayed to let the project be completed. Meanwhile, the project manager changed, new one was annoying and derogatory

3. One day the manager ca bursting in OP’s combined office and asked questions about using a certain program and brushing them off 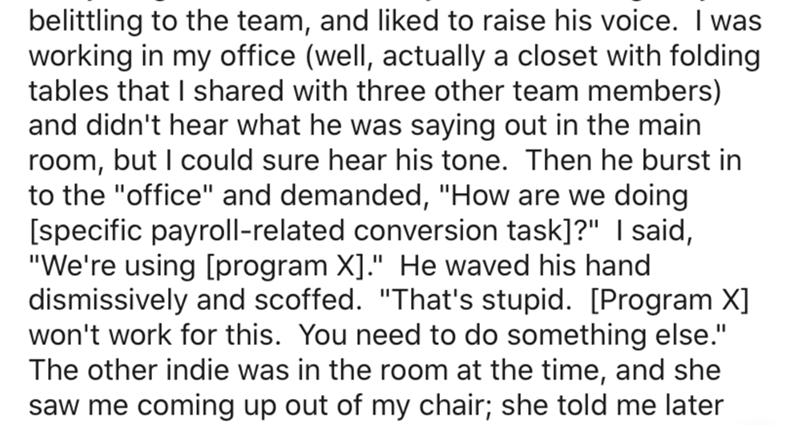 4. OP went straight to the payroll manager and explained to him the whole situation about how the manager was making things worse 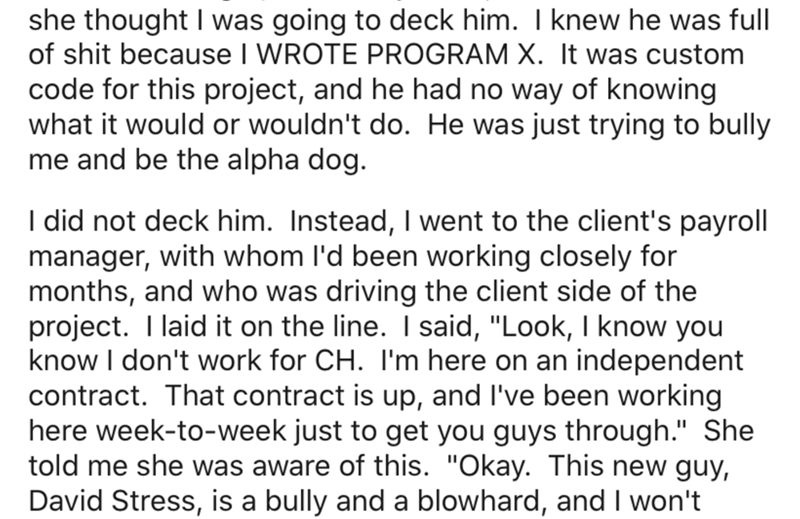 5. after explaining everything to the payroll manager, she thanked Op for letting her know. Afterward, he came to know that David was removed from his position and replaced with the original PM 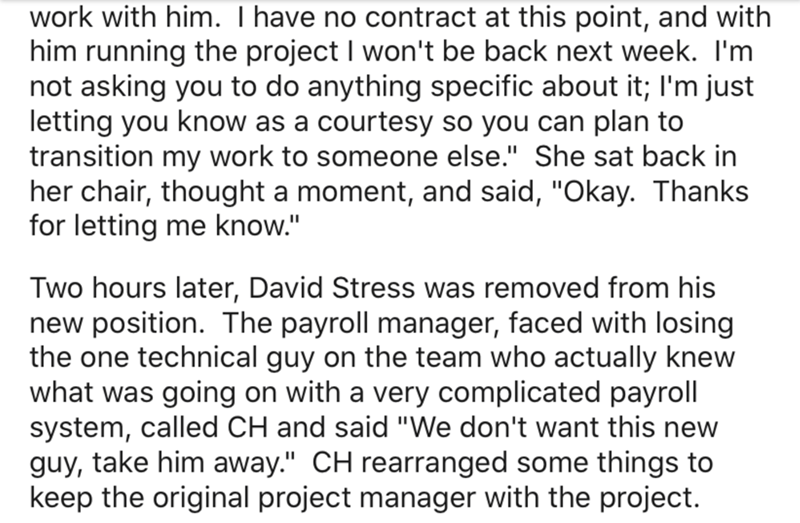 6. The welcome dinner of the awful project manager was changed to a farewell dinner to avoid further embarrassment. Op completed the project till the end 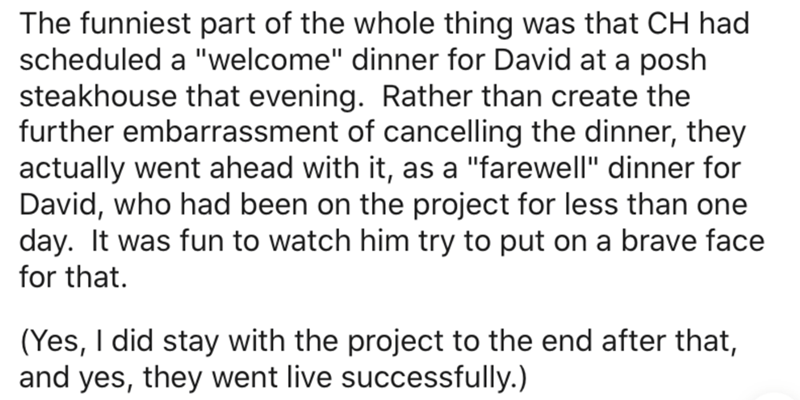 Advertisement
Via u/dwasifar
Below are the comments of the Redditors on the above story.

7. So people are talking about gender differences here, sounds about right

8. Okay, so the audience has been engaged in some thoughtful discussion about coding 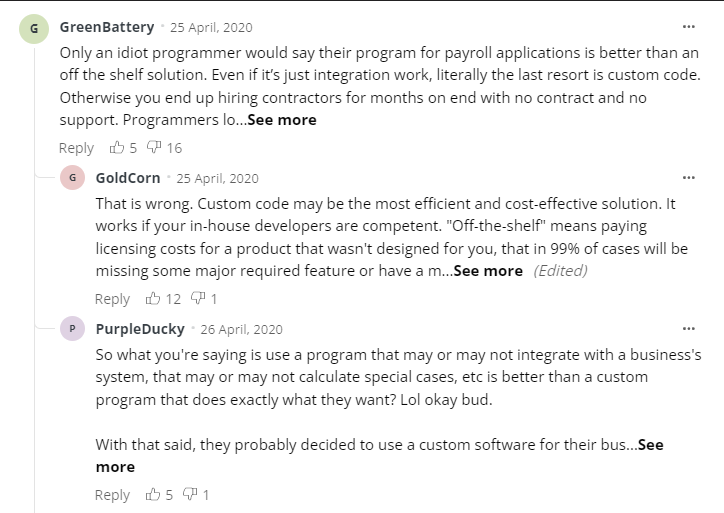 This story teaches us the lesson that we should always be kind to our workers if our intentions are good. Because in the end, it only puts you at disadvantage. What are your thoughts on this one? Don’t forget to share your feedback, and keep visiting defused for more content.