Employees are the main asset of any organization and as soon as the employers realize that, it’s good for their own business. But then there are employers who think they own their employees and would not even treat them as human beings. It’s always a two-way thing. You pay them for their services, it’s not like you own them. Some employers are smart enough to realize that they must treat their employees nicely in order to keep growing. They would shower their employees with vacations, bonuses, and whatnot to keep their interest which results in the employees giving their best.

On another hand, there’s a big history of new employers taking over who would just destroy the organization by their strict policies and unnecessary rules just to let the employees know that they are the “boss” now. But in doing so, they are actually harming their own organization without even realizing it. In a similar story that we came across on Reddit, new employers not only changed the vacation policies but also ended up offending one of their most crucial employees who decided to end act all rebellious to teach them a lesson. Every employer and employee should read this story, it’s an interesting read. Let’s go ahead and see;

1. So the OP initially posted it as a comment but then he realized that this needs to be posted. 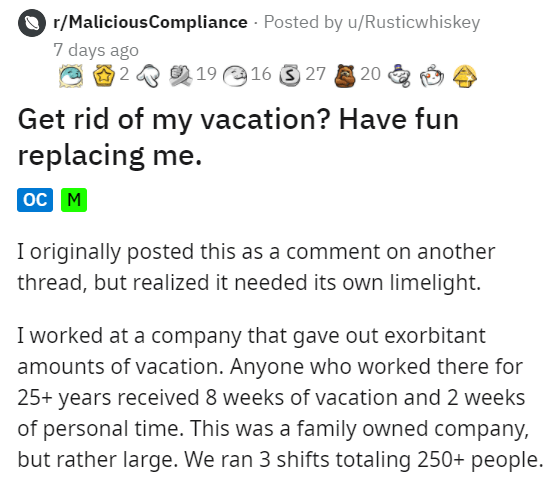 The current employers knew they had to prioritize the employees.

2. This is where things started to get worse. 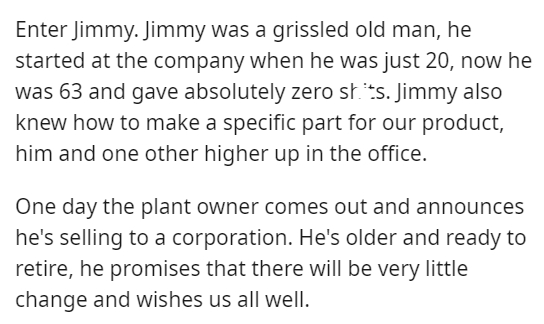 Whenever a new employer takes over, you can only hope for things to stay the same but mostly they just turn out to be bad.

3. There you go. The new company just decides to fu** it all up! 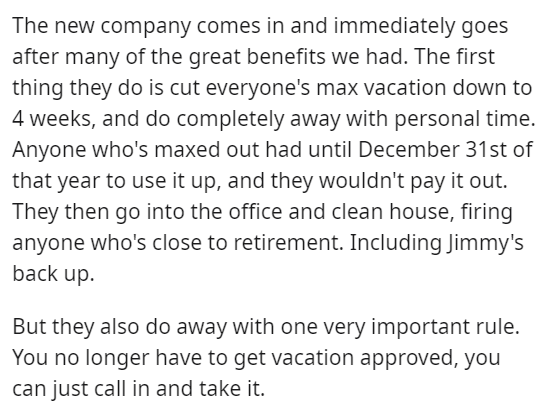 Why would you make such drastic changes while you could have just adapted with the existing ones and kept everyone happy?

4. Jimmy knew what he had to do. He knew his importance and he definitely was not going to accept this behavior. 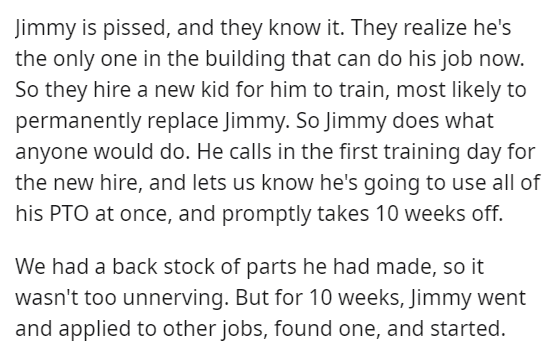 It was definitely a smart move that Jimmy played. Every important employee should take notes.

5. Now this is why employers should not act too smart as it can cause them a great amount of damage. 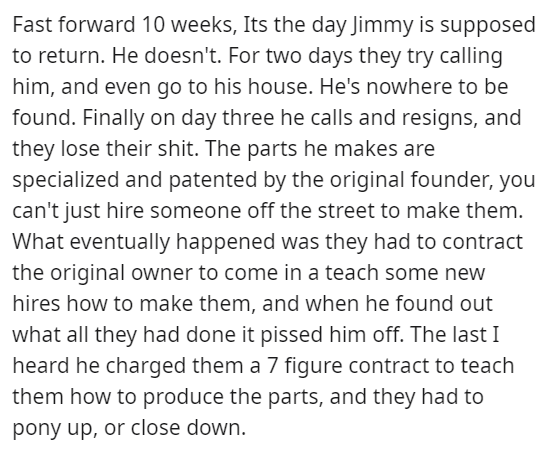 But honestly? They deserved every bit of it. I hope they would learn a lesson from it and not commit such mistakes again in the future.

6. I absolutely love the moral of the story. 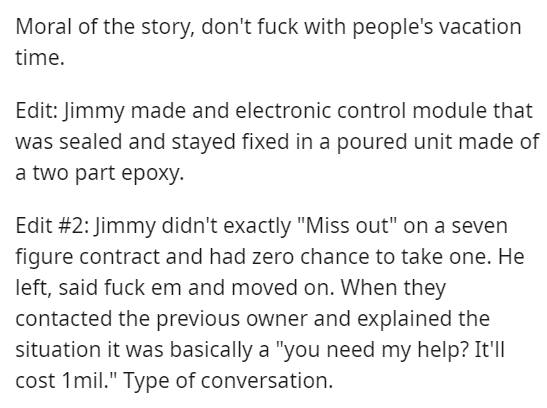 You simply cannot mess up with people’s vacation time because they have earned it after a lot of hard work.

So the story comes to an end and we hope that every employee and employer who read the story took notes of it and would know what to do if such circumstances occur. Also, we’d like you to share your personal experiences and suggestions down in the comments below.