Some people love to act like the world owes them something.

Working at a restaurant is not easy. You will have to deal with all kinds of people who would dine in. Some are polite, some mind their own business, and some are just a pain in the butt. Those would be Karens and male Karens. These people make life miserable for waiters and managers. They treat them like servants even though they aren’t. They are getting paid to do a job and you are not entitled to anything other than the service they are getting paid to do. But that just isn’t understood by some people, sadly. If you want to see the true colours of a person, watch how they speak to waiters. It can tell a lot.

Some guy named Rob left a bad review to a very good restaurant and was lying in it and claiming that the management was very bad and unprofessional. Thankfully, the owner read the review and revealed the whole truth, calling out Rob and exposing his lies. Read the whole exchange down below: 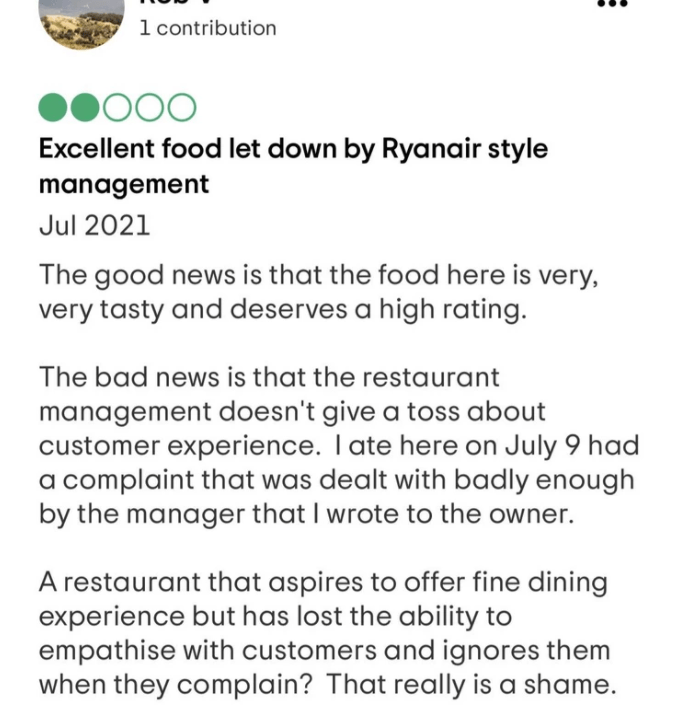 After this, Gary, the owner of Sticky Walnut, decided to put Rob in his place and explain the situation that occurred in the restaurant. 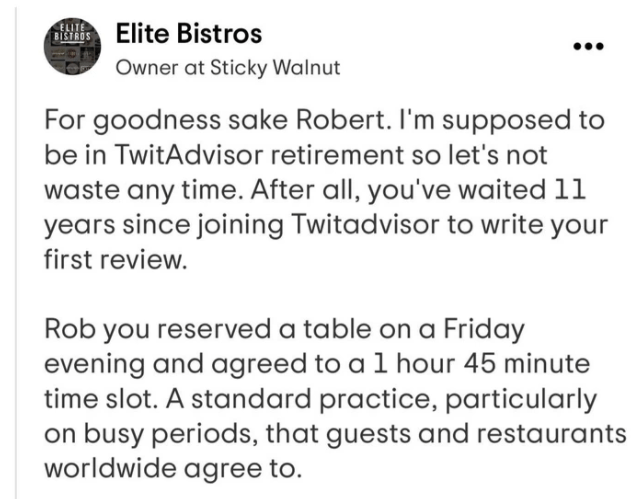 There are rules and regulations in every restaurant that everyone has to follow. Rob was the one that “didn’t give a toss” about them and mistreated the manager. 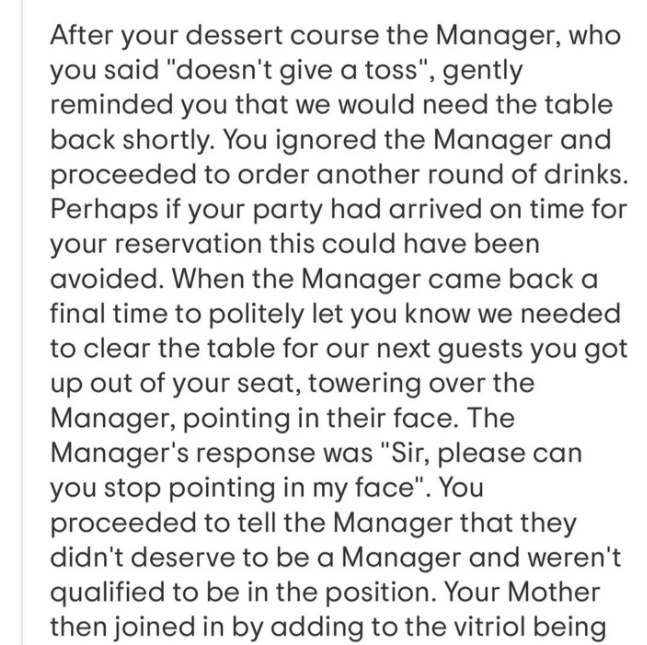 Rob said to the manager that he knew Gary (the owner) which was a complete lie. It was only said to intimidate the manager. 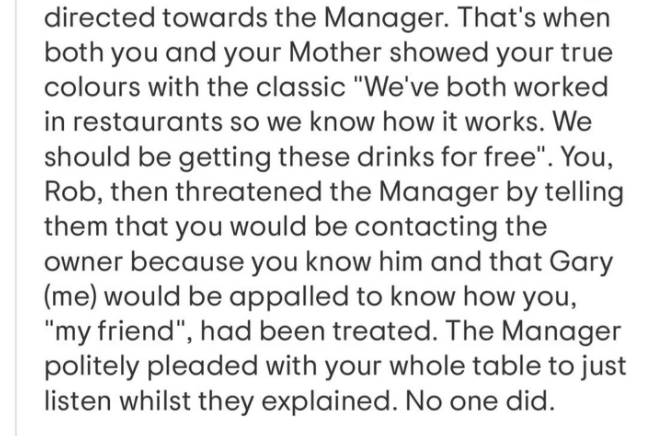 Gary put Rob in his place and revealed all his lies. 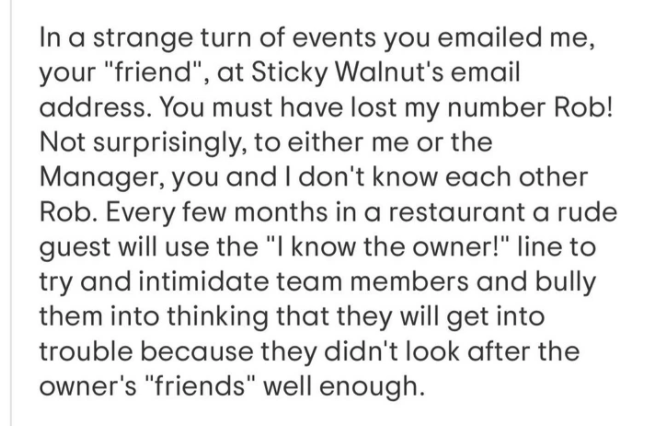 The owner stood up for his staff. 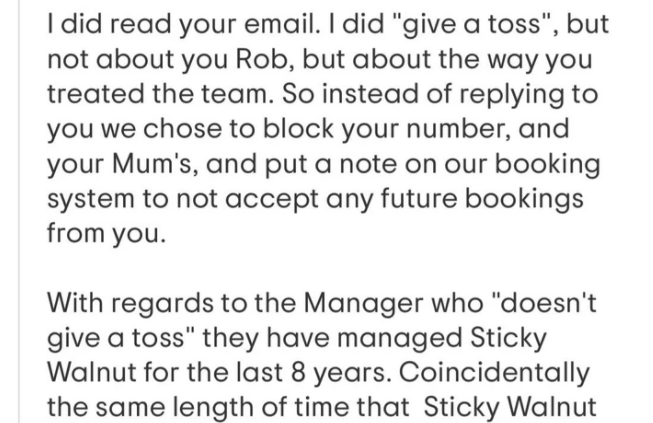 Gary banned Rob from his restaurant and rightfully so. 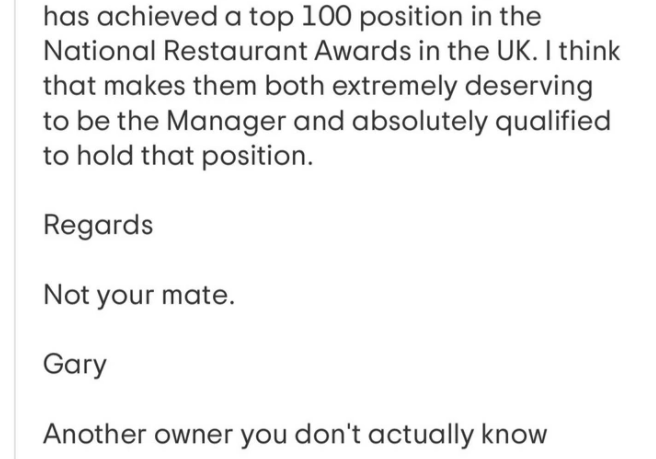 The customer got what he deserved. The owner deserves to be appreciated for standing up for his staff members. People like Rob need to be called out so they can stop misusing “I know the owner” and mistreating restaurant workers. We hope that Rob learnt his lesson.

This is what other people had to say about the incident:

That is so cheap. You should support your family or friends if they start a business instead of asking for discounts.

I would run to eat at a restaurant named “Sticky Walnut.” It sounds so much fun.

This proves that the restaurant and their staff are great!

That is how it should be.