Life can be very unexpected.

You think you are going to become a doctor but you end up becoming an artist. No matter how much you plan for something doesn’t mean that is how that particular interaction is going to go. So it is better to just embrace the unexpected and stop trying to plan your life. And you’ll realize life is more fun that way anyway.

While I am aware some of the following stories may go against this particular sentiment but even if they ended up badly for the person at least they were memorable right? And that is all we want. To make memories that we can tell our future grandchildren. Some of these may even seem scary now but we will definitely laugh about them in the future.

#1 I think the story would have been so much fun without an explanation. 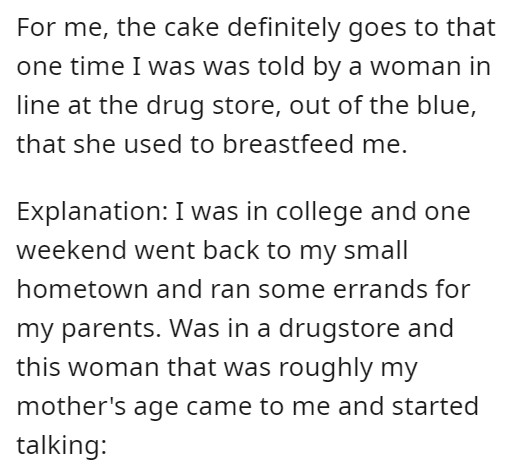 Why tell a complete stranger that? 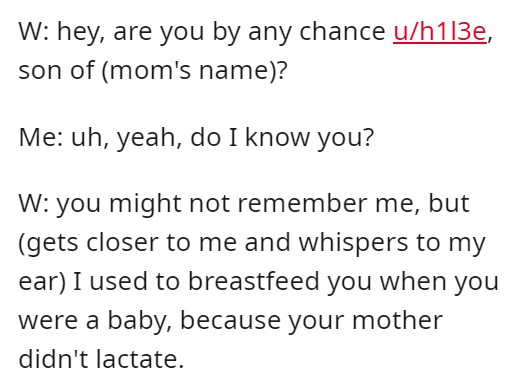 I have no idea what was going through that women’s mind. 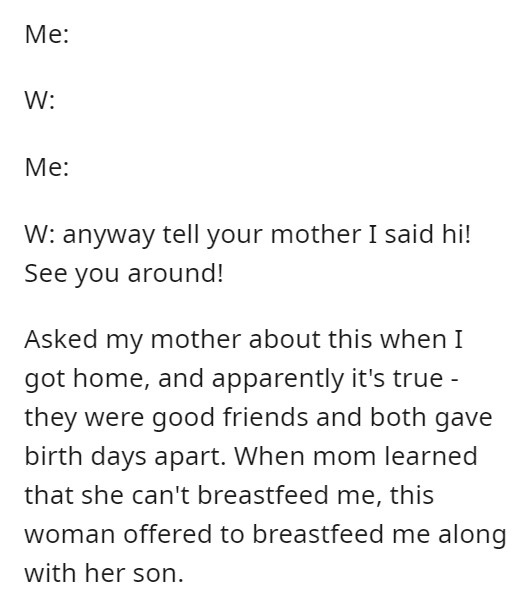 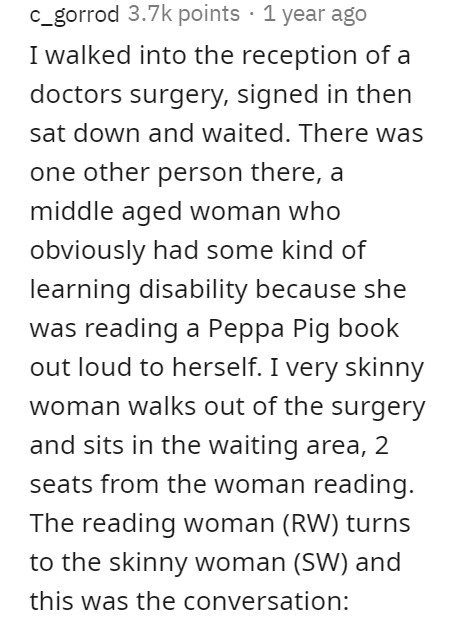 At least they are both honest about it. 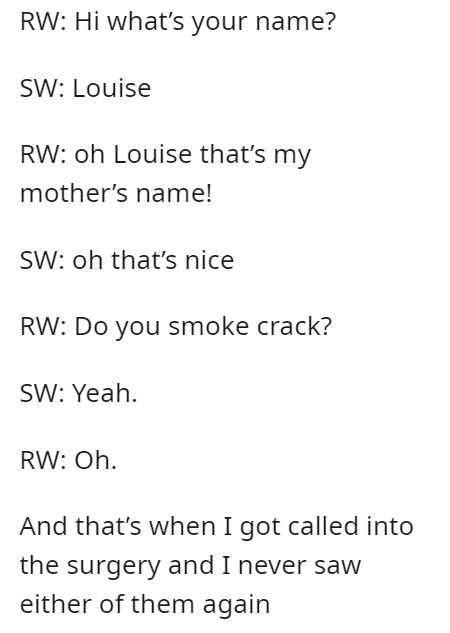 #3 Then why would they schedule their interview at that time? 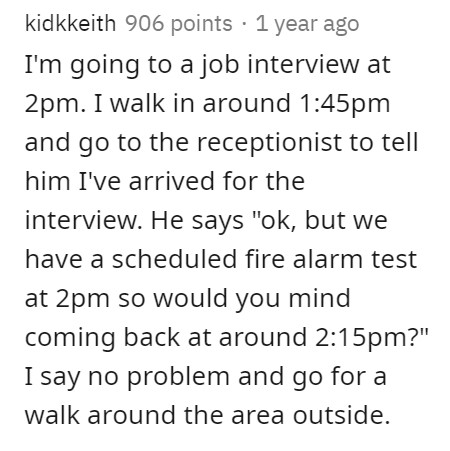 I do not like where this is going at all. 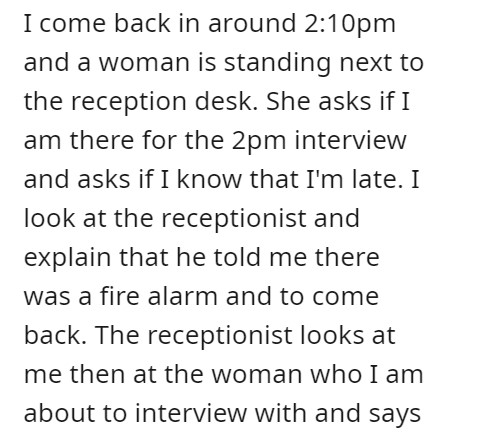 I would not have let it go, to be honest. 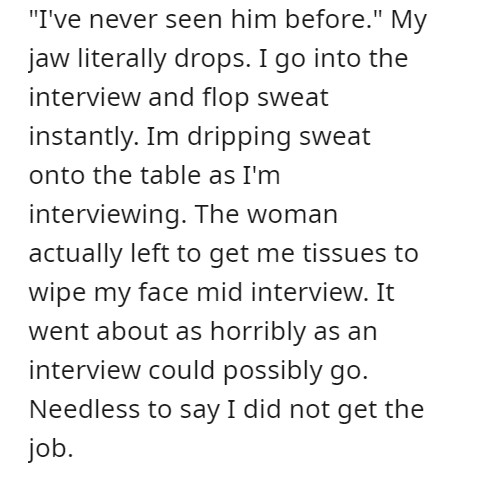 See, I wouldn’t have let that go. As soon as I was in private with her, I’d reiterate what happened, and test her assessment of that employee.. “does it surprise you that he’d make something up like that”?

Yeah, you’re a stranger, but I have been told I come across as pretty trustworthy, and if she knew her employee at all, it might not be that big a shock to her that he’d do that. Plus if you actually let that go, you’ve lost anyway. Hence why I’d press the matter. –AnomalousAvocado

#4 You think you are being kind, offering help to an old lady. 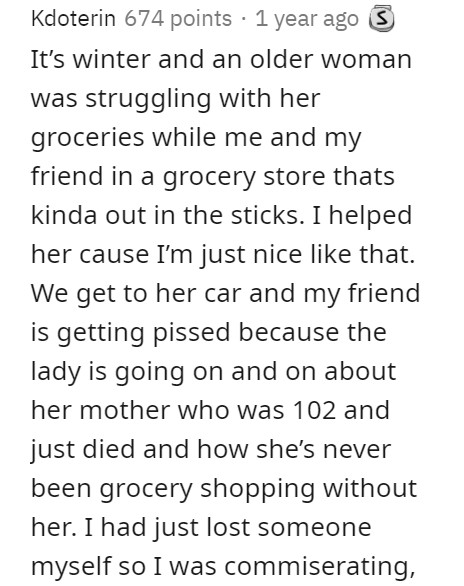 But then she turns out to be a creepy weirdo obsessed with china dolls. 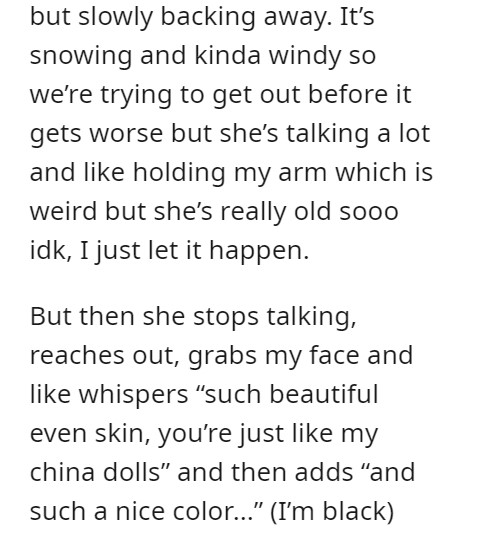 At least you got out of there safe and sound. 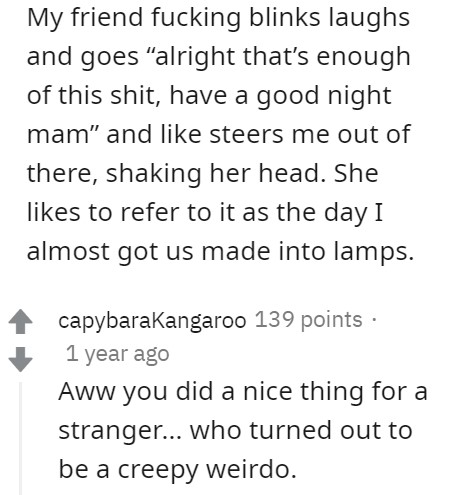 #5 This is weirdly hilarious. 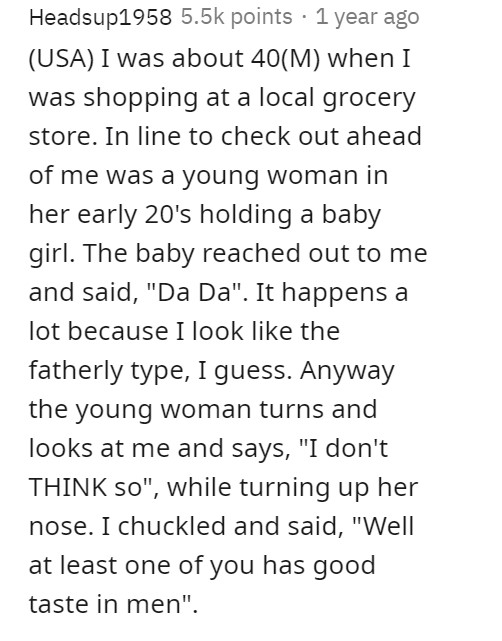 A similar type of situation, albeit sad, happened to me at work. The kid walked up to me and started reaching up to me like for me to hold him. The woman told me that he was doing that because I looked like her husband who had recently passed. Started talking to the kid and decided to be playful towards him while mom takes care of some business.

I didn’t notice it, but a coworker said she started watching for a minute and began tearing up. The woman thanked me for playing with her kid and keeping him preoccupied and left. In leaving, the kid gives me a hug and says “Bye-bye da-da”. –floyd1550

What is the weirdest conversation you have been in? Comment down below and let us know.