The best way to buy exactly what you’re looking for at a reasonable cost is by looking for it in the Facebook marketplace. It’s a great way to sell and buy anything. Another great thing about this service is that it allows you to look for products and services in your area. Although many people have great experiences with Facebook marketplace, but there are some with bad experiences as well.

Scammers are everywhere, and you are most likely to encounter one when shopping online. At some point in our online shopping experience, we’ve been scammed. We see something that we like, we place an order, and receive something completely opposite of what we saw in the pictures. People today are pretty vocal about their experiences. Whether they’re good or bad, people love to share details about their experiences. And there is no better platform to share things than Reddit. Recently we read an awesome revenge story in the Subreddit “Pro revenge.” A man who had a bad shopping experience at the Facebook marketplace decided to teach his scammer a lesson.The scammer was extremely pissed, and the revenge was totally pro. Scroll down to read what happened.

The OP was looking for moose antlers to decorate his dad’s place. 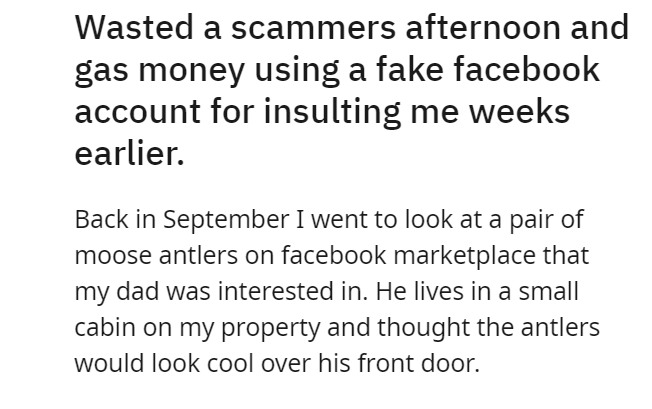 The OP and his dad reached the seller’s place.

The moose antlers were clearly fake. 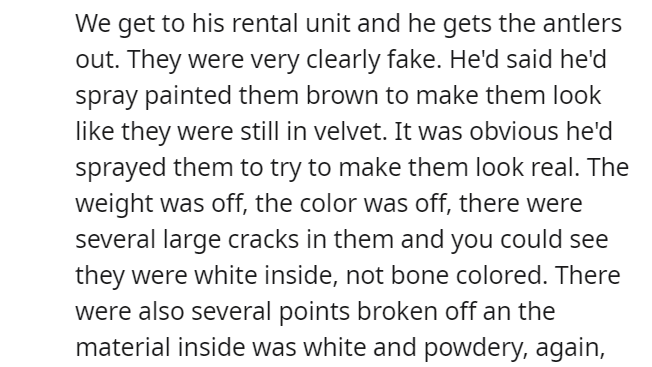 The OP and his father politely refused to buy them.

The seller loses his cool.

The OP and his dad made it out of the facility.

The OP and his father laughed at what happened.

The OP plans a revenge.

The OP sets up a fake ID. 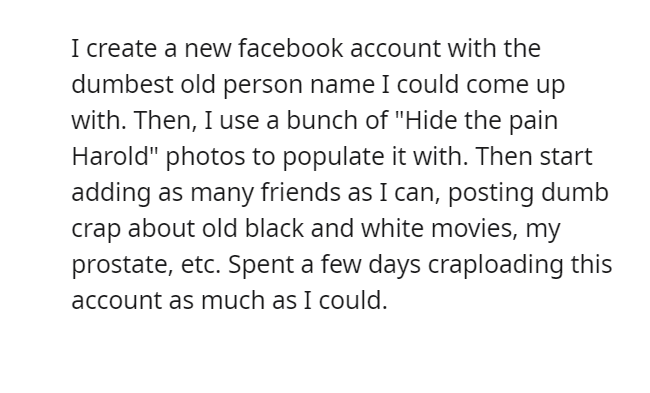 The OP pretends to buy the two large bookcases Mr. Scammer was selling.

The OP asked Mr. Scammer to deliver the bookshelves at his place. 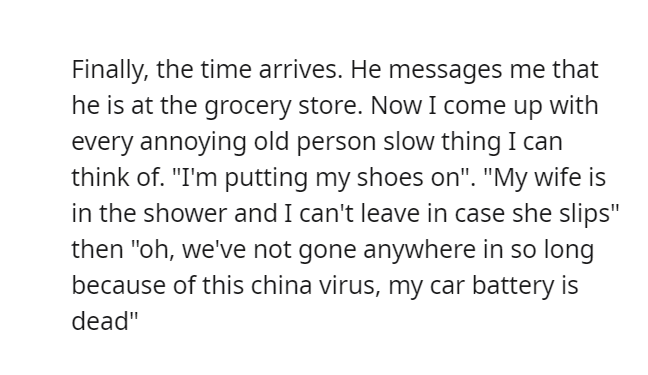 The OP gives a wrong address. 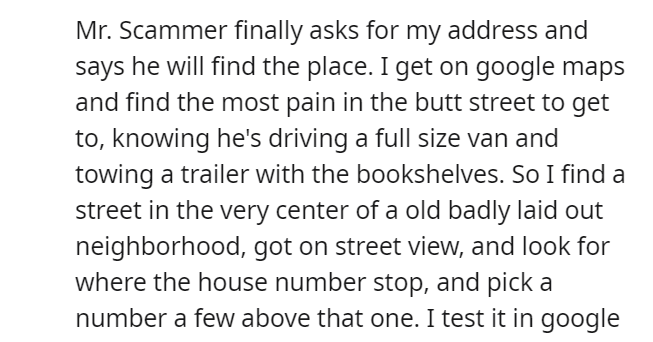 The OP tells Mr. Scammer no.

And he remains pissed…

Doing drugs and keeping someone at your place without their consent is a crime.So, if OP and his father had reported Mr. Scammer, he would have been in great trouble.Good for him that OP opted for a different kind of revenge. The way OP planned his revenge was absolutely savage. He carefully planned and executed his revenge. He made it look as real as possible and invested his valuable time in doing so. It’s hilarious how OP tricked the scammer into delivering the bookshelves at an address that doesn’t even exist. Hopefully, the scammer has learned his lesson. If not than, we hope he does. Reddit posts are not fun without the comments from Redditors. So, scroll down to read what they said. 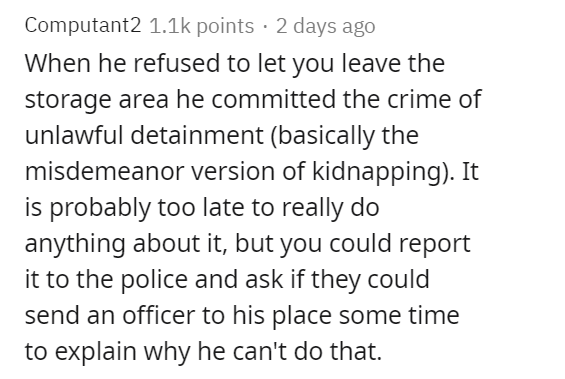 Did better job than cops.

OP has put in a lot of effort.

Wow, what a revenge. The OP is one evil genius we’d say. What do you guys think about this? Let us know in the comments below.