International Men’s Day. Much like International Women’s Day, there is a problem when it comes to dealing with the subject that you won’t really please everyone. It’s kind of saddening, isn’t it? That when you talk about the problems men have, you can’t really do it by blaming men for them, or by contributing to the cause by saying women have it worse. The difference in societal celebrations alone between Women’s Day and Men’s Day should be enough of an indicator as to why it should be talked about more.

Today, someone who goes by the twitter handle @philyptian, who calls herself Yassmin, described a long thread of problems that should be addressed in Men’s Day. And these are some serious issues that MRAs have been talking about and bringing attention to for ages. They get muddled into the mix with “meninism” and “MGTOW” who both exist separately, because MRA is the direct counterpart to feminism.

The official site has important information:

Manhood is the foundation for fatherhood. Good men make good fathers. Children and families are the benefactors. Dads4Kids Fatherhood Foundation is honoured to work with the founder of International Men’s Day, Dr Jerome Teelucksingh, as well as family-friendly men and fatherhood groups all over the world. Together, we promote a unified celebration of manhood and the positive contribution that men make to society. 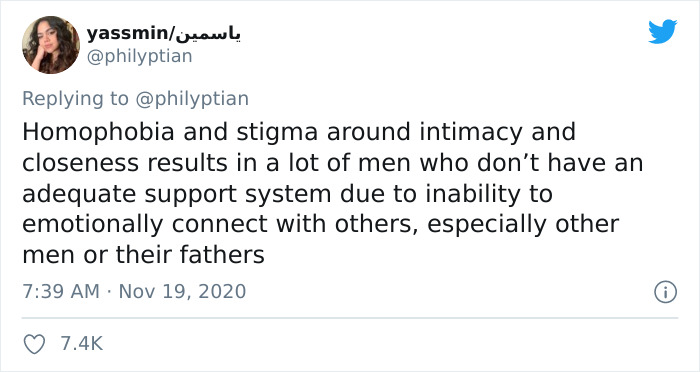 Early pioneers of IMD reminded that the day is not intended to compete against International Woman’s Day, but is for the purpose of highlighting men’s experiences.

There were various attempts to start an International Men’s Day that received little response. It wasn’t until the November date which was inaugurated in Trinidad and Tobago by Dr. Jerome Teelucksingh in 1999 that International Men’s Day began to get international traction. The new event received overwhelming support in the Caribbean, and due to the persistent networking and invitations sent to individuals in other nations, International Men’s Day has taken root on the international scene. The Caribbean initiative is now independently celebrated in countries as diverse as Singapore, Australia, India, United Kingdom, United States, South Africa, Haiti, Jamaica, Hungary, Malta, Ghana, Moldova, and Canada and interest in the event is increasing rapidly. 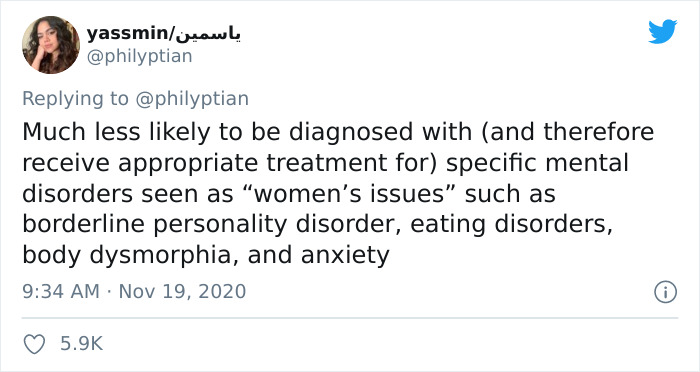 Since  the 1960’s there have been persistent international calls for the creation of an IMD, calls in the form of rhetorical questions about gender equality, eg. “Why do women have an international celebration and not men?” and more commonly in the form of statements like “Men’s contributions and concerns deserve a day of recognition in their own right” i.e. not merely by analogy with International Women’s Day. 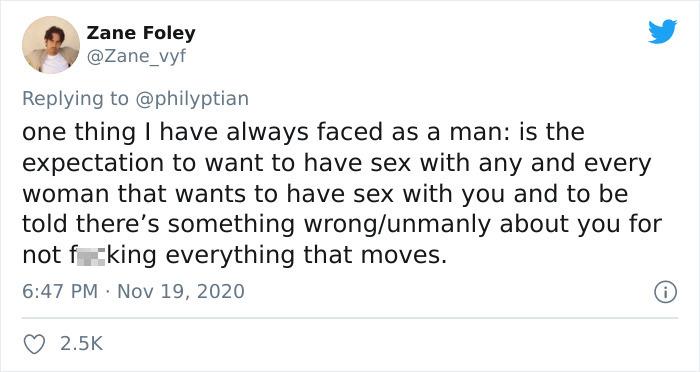 In more recent decades there have been a number of attempts at establishing an IMD in individual countries (eg. Canada, France, USA, Colombia, Russia, Canada, China) with the hope that these gestures would be witnessed abroad by others who might follow suit and join in to celebrate their own IMD in synchrony with the founders. Whilst small celebrations of this nature were apparently observed by individuals in several countries they suffered a lack of publicity necessary to reach interested parties abroad, and therefore the initiatives were not continued. 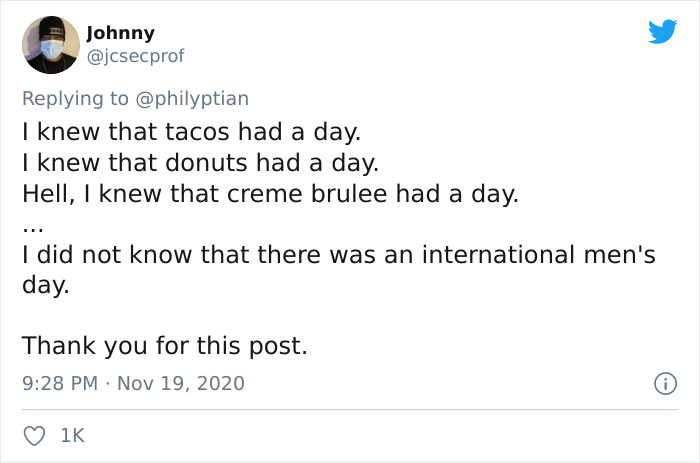 What about you? What did you think about her post? How do you feel about International Men’s Day?