Who doesn’t want to be the cool aunt?

I know I want to be a ‘cool aunt’ to the children of my brother. However, that does not mean someone can use you as a free babysitter. Not only that but not wanting to spend time with your sibling just because you have different interests is a huge no-no. What’s the fun in hanging out with people who are basically a clone of you? You never learn new things from them.

And siblings are meant to be different. Every individual is unique and that includes sisters as well. It doesn’t give the right to parents to basically ignore the child who is different than you. But that is basically what many of these families do. I have no idea why they think this is the right way to treat their child.

I can understand being excited when your child is into the same things you are. 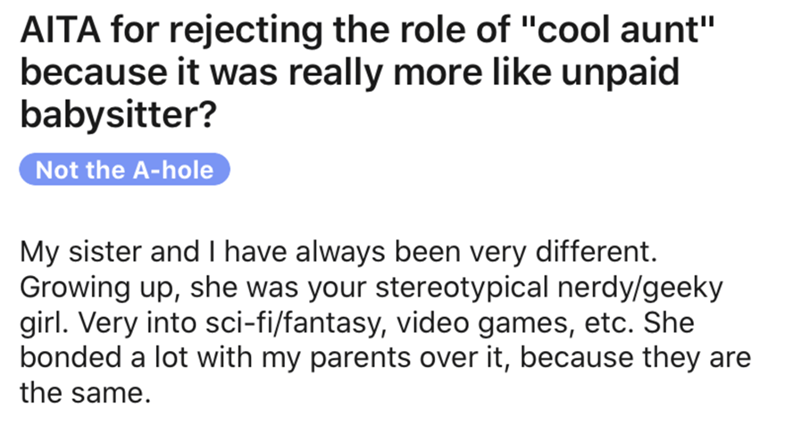 However, no one should feel left out just because they have different interests. 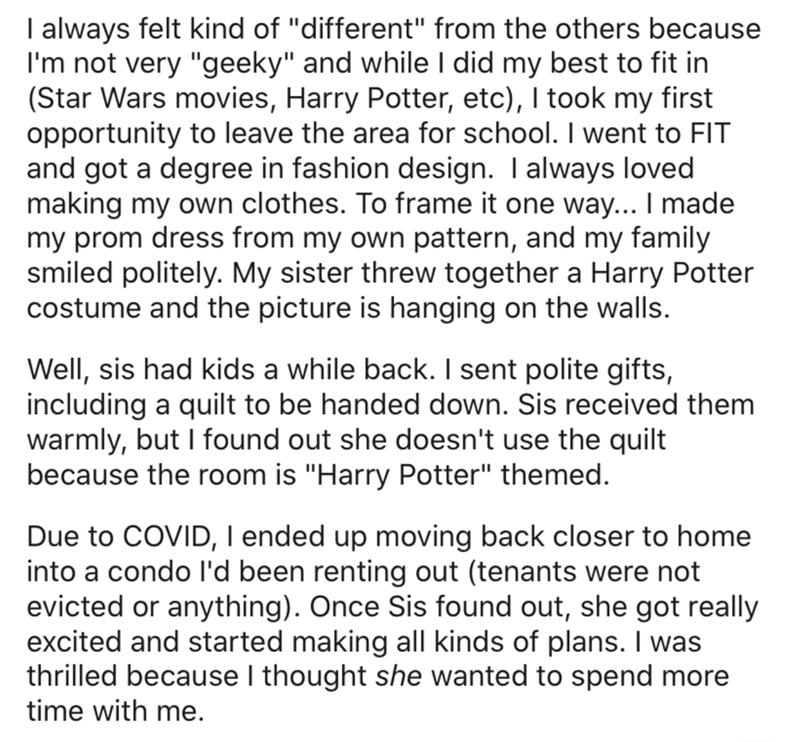 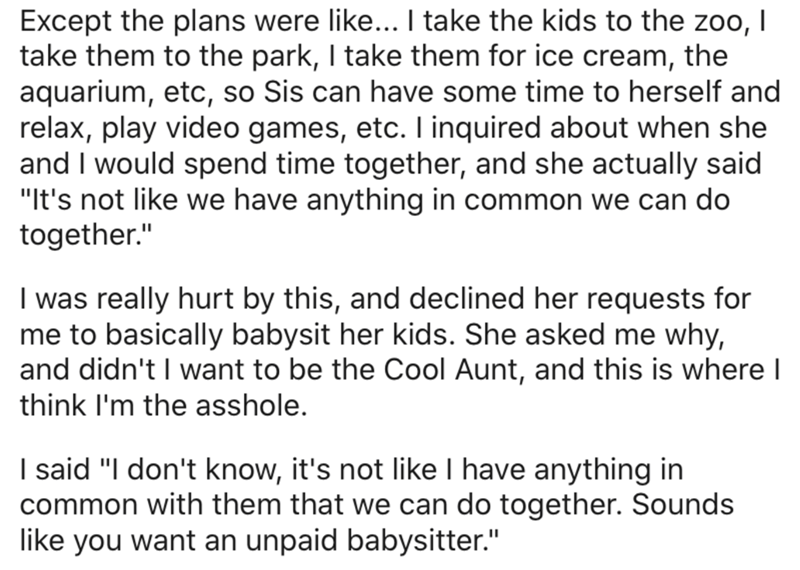 Isn’t she a married woman? Did she really complain to her mother and father like a little kid? 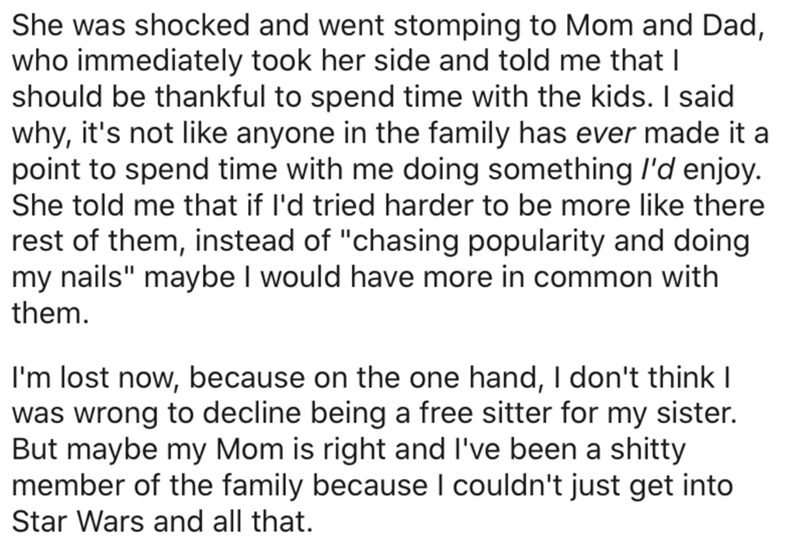 The whole ‘chasing popularity’ comment just makes me think that OP’s parents never got out of high school and dragged their high school bs on OP. –Kittytigris

I can be considered a nerd as well but that doesn’t exclude me from loving fashion and everything ‘popular’ as well. 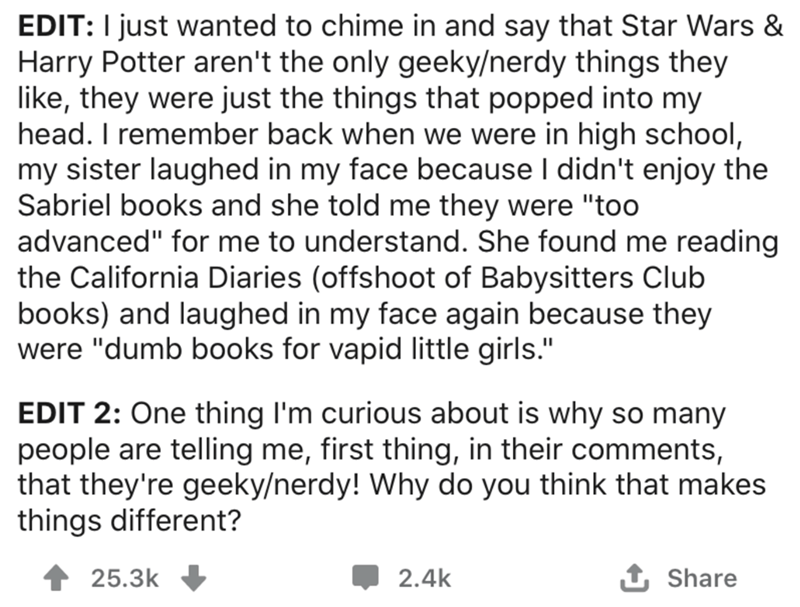 Honestly, everyone should stop putting people into boxes. No individual fits neatly under a term such as a nerd, a geek, or a jock. And people should expand their horizons rather than getting stuck into their own ‘cliques’. It’s never too late to see why and what the other persons interests are.

As you can probably guess, people had a lot to say about this interaction. 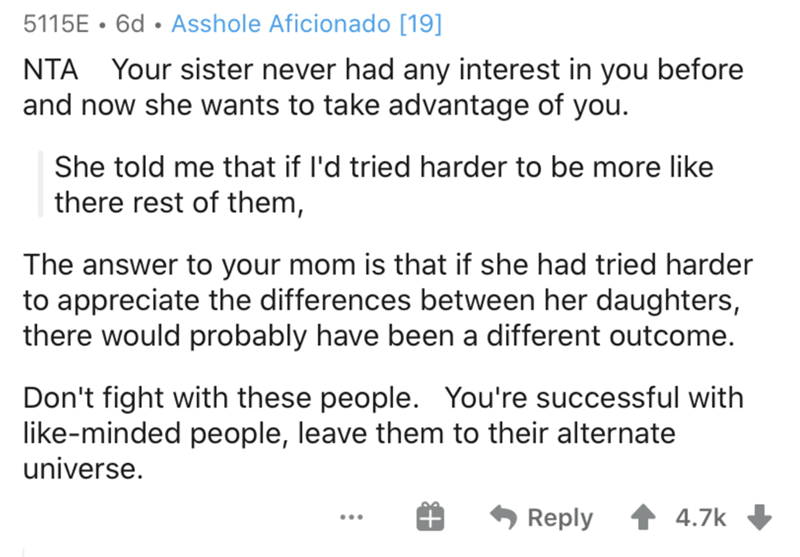 People agreed 100% with what she had done. 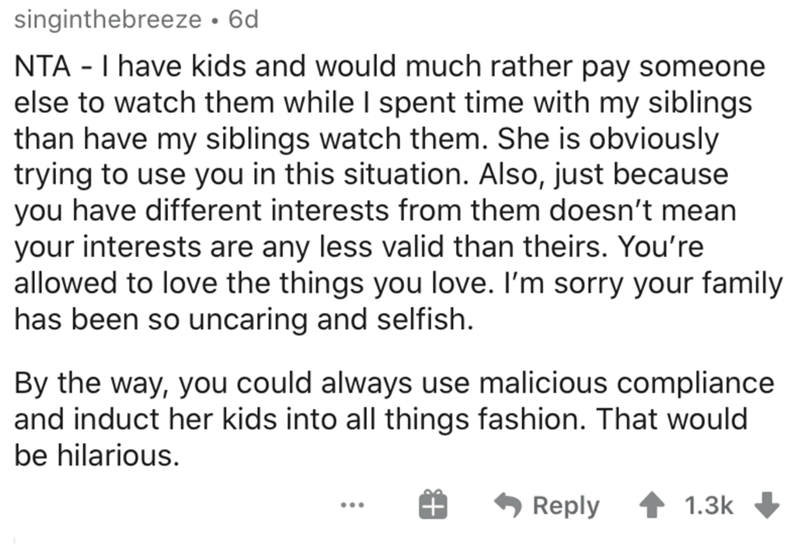 She doesn’t deserve to be treated this way by her family.

Even her family is taking sides in this which is ridiculous.

It’s not even just free babysitting. I bet dollars to donuts that sis wouldn’t contribute to the cost of entry fees or snacks at the zoo or the aquarium. Those can be seriously expensive. So sister wants OP to pay to babysit her kids. NTA. –jennlovesyarn

She just wanted a free babysitter. 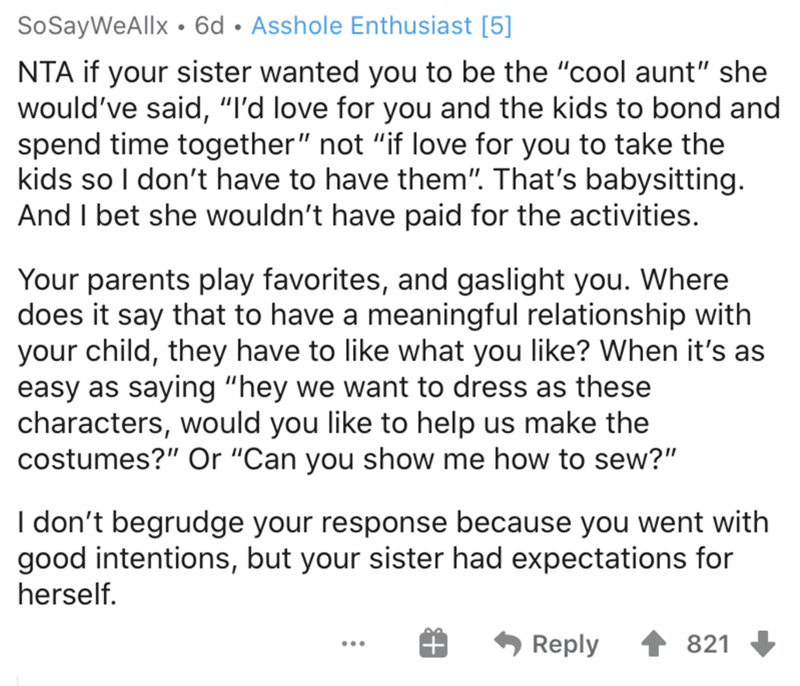 Her sister needs to get out of her bubble. 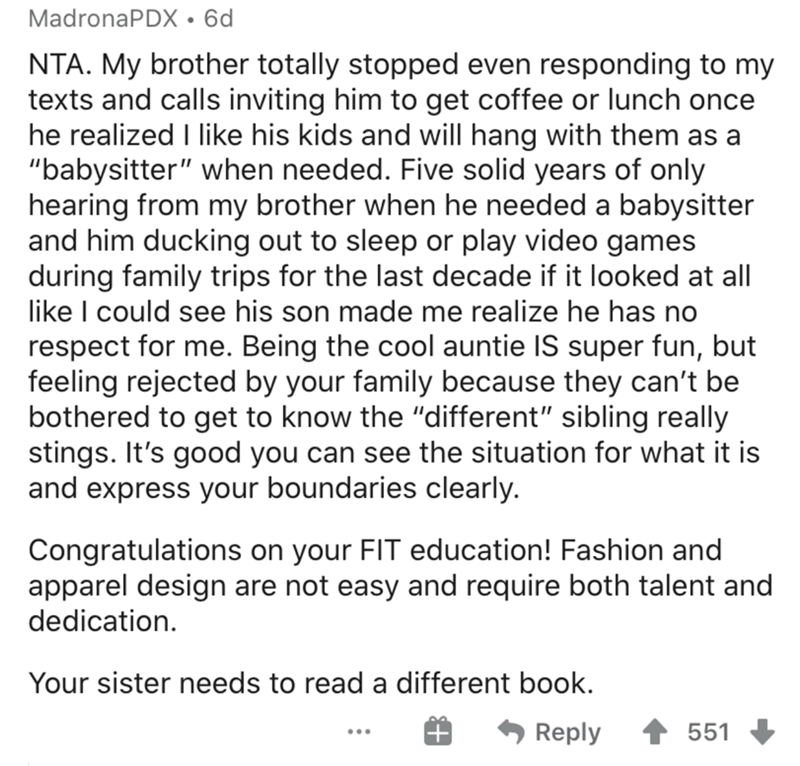 Standing your ground was the way to go in this particular scenario. 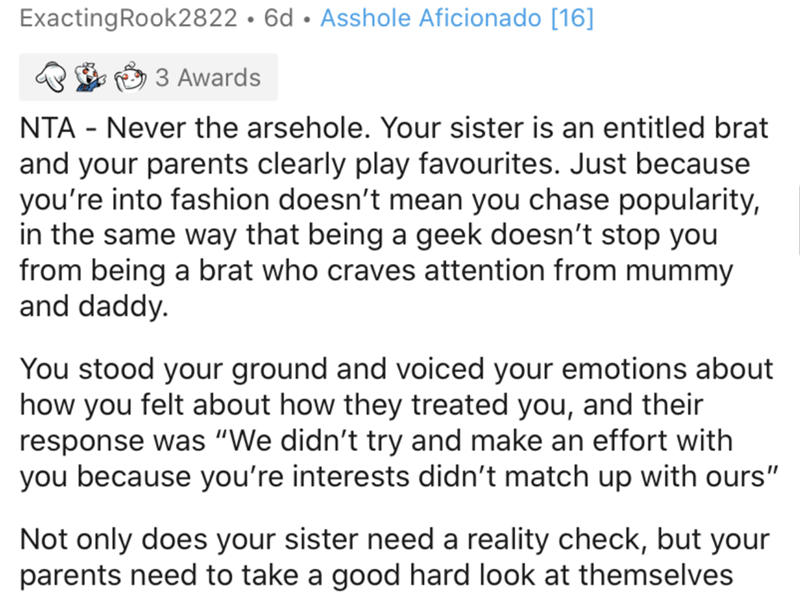 Whether it’s a boy or a girl, you can teach them about fashion.

It’s surprising to see so many families behave this way.

All in all, her sister is in the wrong for doing that.

And there should be no room for toxic people in one’s life.

Just stay away for a while and see how things go. 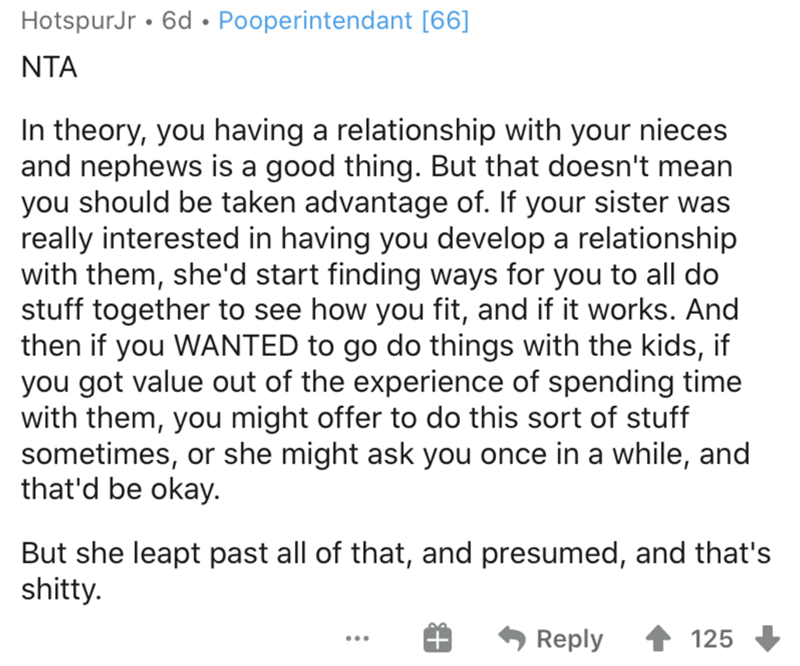