Champ dog was found with a fishing line around her snout, and she went on to defeat a life-taking disease.

Dogs never deserve to be stuck in situations they don’t deserve to be in. This animal only deserves our loyalty, love, and patience.

This rescuer had the exact same mantra towards doggos. And they soon encountered the biggest rescue mission ahead of themselves.

A few months ago, a cute little puppy, Lucy, was found at one of the building sites in Bali. According to the various opinions and reports, this place had been home to many dogs who slowly started going missing. It is very obvious that these poor dogs are caught for selling their meats, which can only be done once these innocent creatures are killed.

Poor Lucy was not in a good condition at all when she was found. She had a fishing line wrapped around her snout which had cut real deep. Maybe, she had escaped the catcher, or maybe the rescuer arrived before the catchers could come back to grab Lucy. Her rescuer understood the importance of the situation and quickly took Lucy to get her to a veterinary doctor as soon as possible.

Just look at her eyes! Poor Lucy never deserved to be in this place. 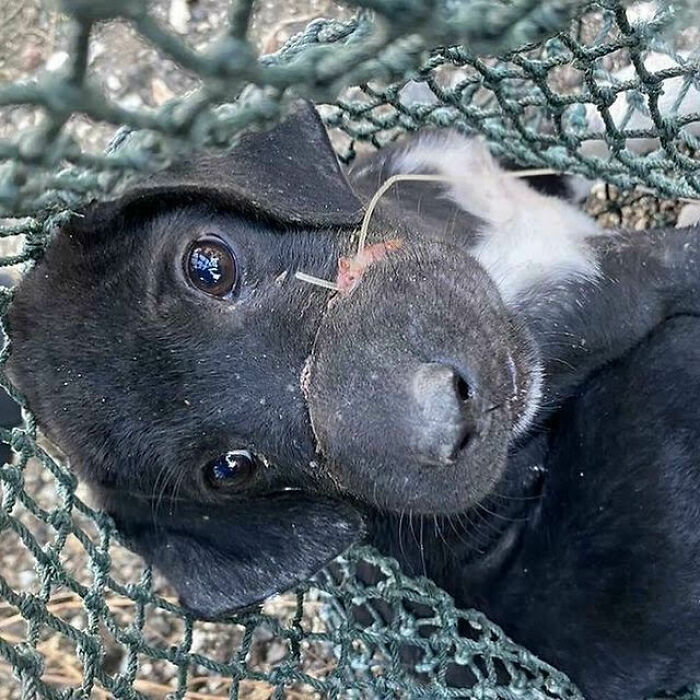 Lucy was brought to a veterinary doctor who safely removed the fishing line out of her snout. But it was so deep in, that the cuts were really bad and prone to infection.

You could know the whole story just by looking at her eyes. Get well soon Lucy! 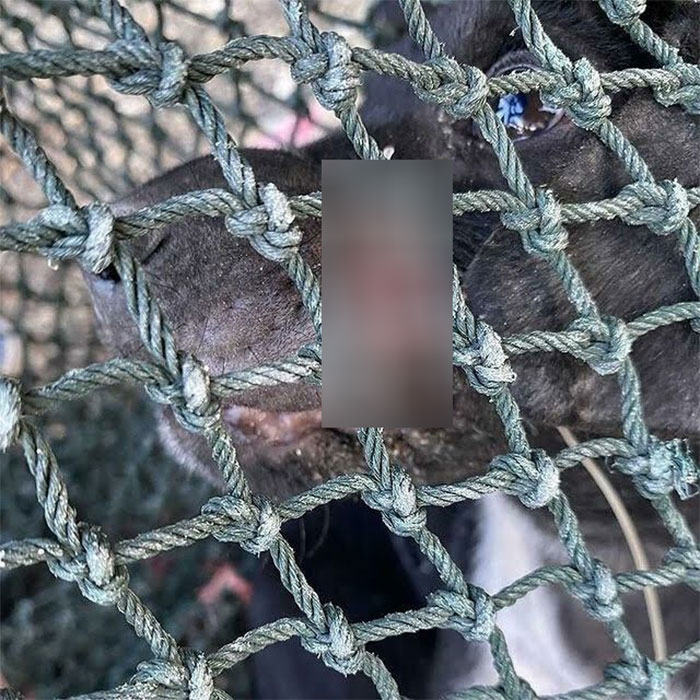 Once Lucy was at the wet, she was in safe hands. The fishing line was carefully removed and she was safe but not 100%. The worst was yet to come.

The veterinary doctor told Lucy’s rescuer that she was diagnosed with Parvovirus. Parvovirus, or Parvo, is a deadly disease that can affect a dog’s gastrointestinal tract and can be contracted through direct contact between dogs, or living in a contaminated environment. The doctor said that Lucy only had a 50% chance of survival.

We’re rooting for you little Lucy. Let’s get it! 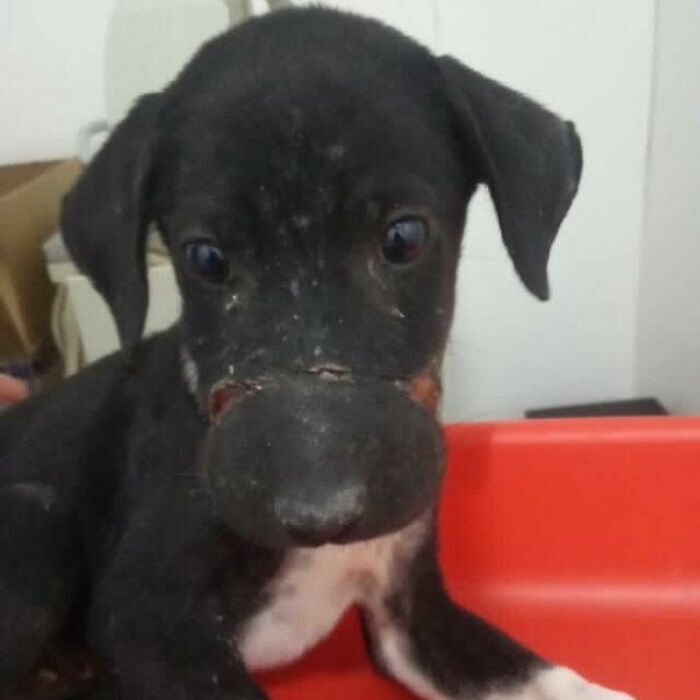 Lucy had different plans. She never chose to get caught up in a fish line that would injure her so badly. It was the bad intention of those inhumane dog catchers who wanted Lucy just to trade her meat. Lucy was ready to fight. Within a couple of weeks, she showed great signs of improvement after a few bad days in the beginning. She was under close care and protection.

The doctors declared her healthy enough to be moved into a foster home where she could be further treated with love, affection, and lots and lots of patience. But the worst was yet to come. Just one day after being transferred to foster care, Lucy was diagnosed with distemper. Distemper can be life taking viral disease. It directly affects multiple organs of the animal and can result in respiratory conditions, problems with the digestive tract, and even the nervous system.

But Lucy wasn’t gonna go down that easily! 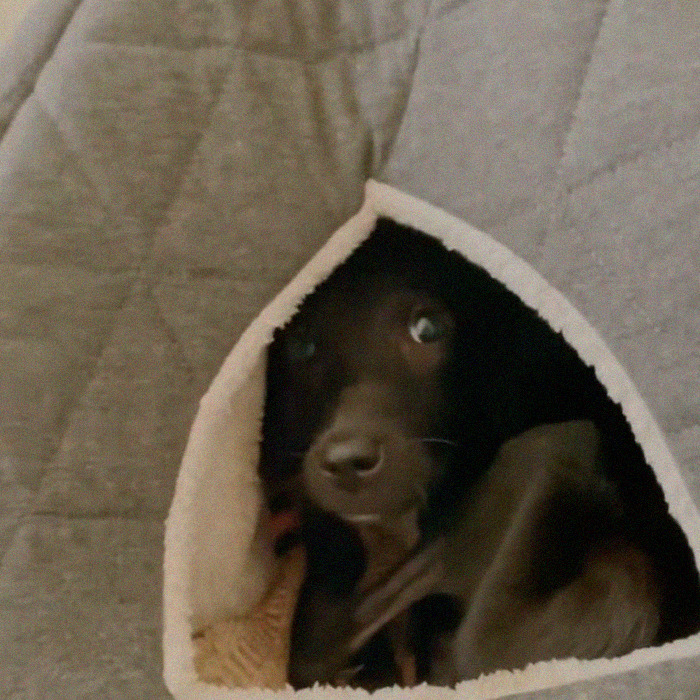 Hoomans around Lucy took it upon themselves to make sure she gets through this. And her willpower needed a major boost, after all her immune system was really weak to get through this. Due to the bad and infected intestinal tract, Lucy was finding it hard to eat physically. so she was frequently fed through syringes. The bone broth really helped her in the fight.

It was always going to be a super slow process, and everyone caring for Lucy was aware of that. And it happened! Slowly but eventually Lucy improved and made a 100% physical recovery. Hats off to you, Lucy!

She is back on her feet. We are so excited. 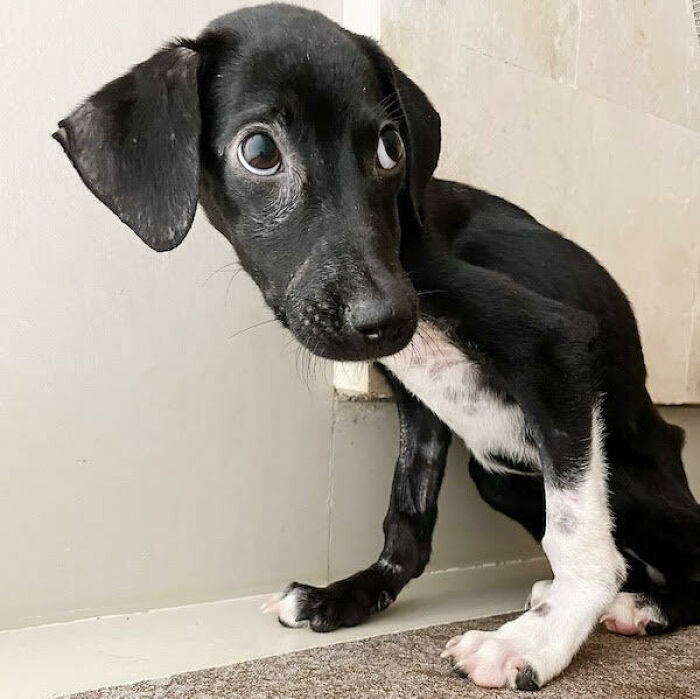 Lucy had completed recovered physically, but the next part in her recovery process was equally important. And that is the mental and psychological recovery. Everyone noticed that from the very beginning Lucy was very shy and did not like interacting with humans at all. It is as if the sickening act of those dog catchers made Lucy lose trust in humans.

Traumas are not easy to recover from, and we think that the trauma Lucy had gotten from her experience was far beyond anything we could expect. She would sit in a corner, like an introvert, and would only move for bathroom breaks.

Trust us, little girl, there are good hoomans in this world too. And we promise you will see it for yourself. 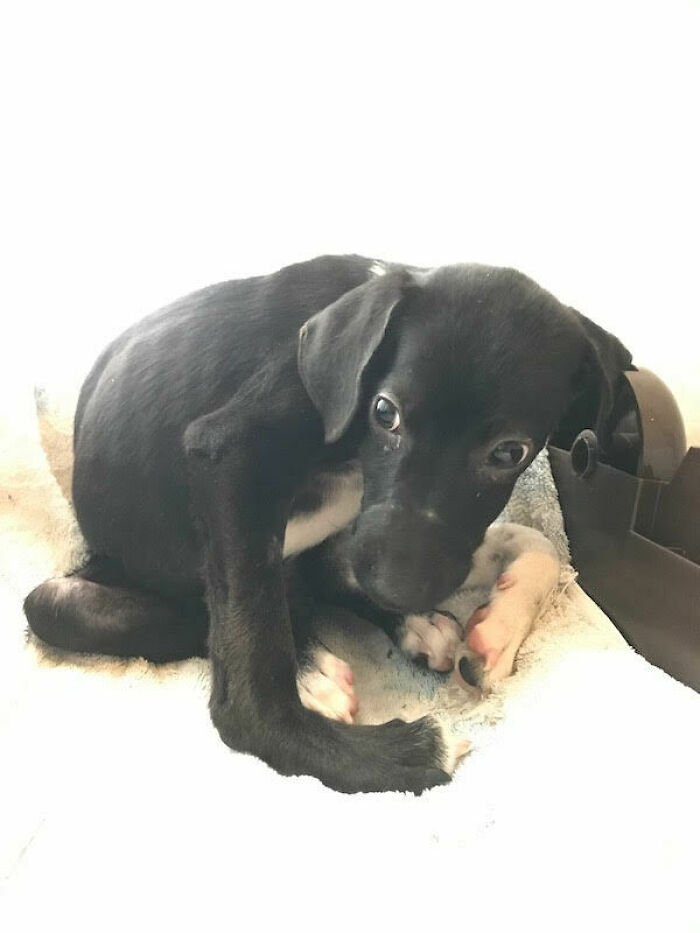 Amidst her recovery process, Lucy found her way into the arms of the founder of Mission Paws’ible, Prue. Within a couple of months, Lucy should great signs of mental recovery. It was as if she was always meant to be at Mission Paws’ible!

She met other dogs at the facility as well and eventually turned back into her playful self, cute, and joyous self.

Lucy now likes to sleep while cuddling her doggo buddies. Something you couldn’t imagine a few months ago. 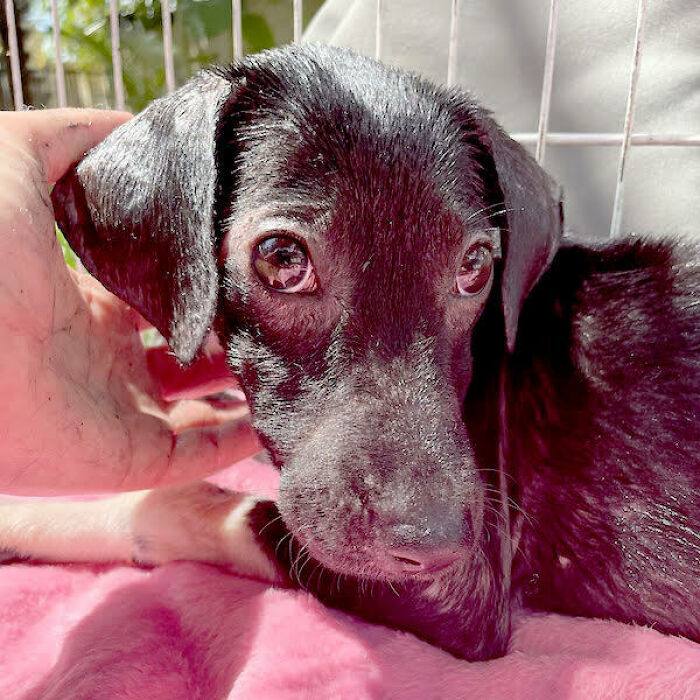 Lucy finally took the big step, shrugged off her past, and started trusting hoomans again. She started interacting with all the animals and hoomans at the facility. Lucy became more and more emotionally stable as every day passed. She was ready to enjoy her new life, which she had always deserved.

Strong doggo Lucy is having a great time with her buddies. 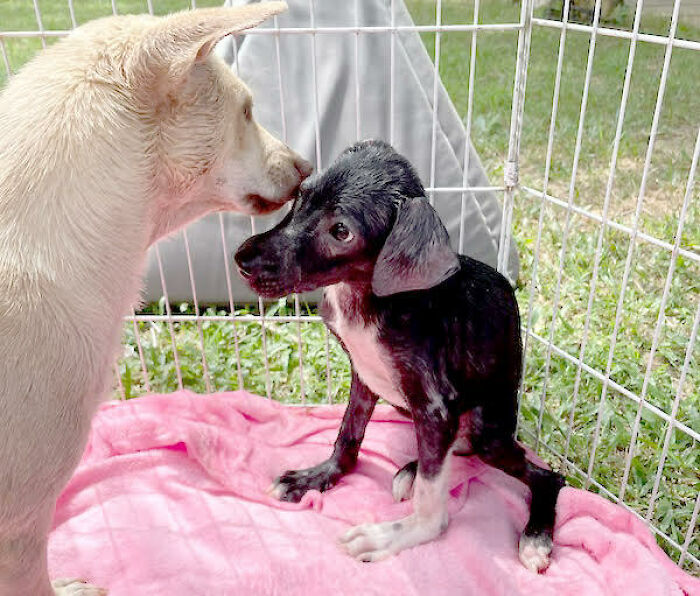 Such a cute and sneaky smile! Always stay happy, Lucy. We love you! 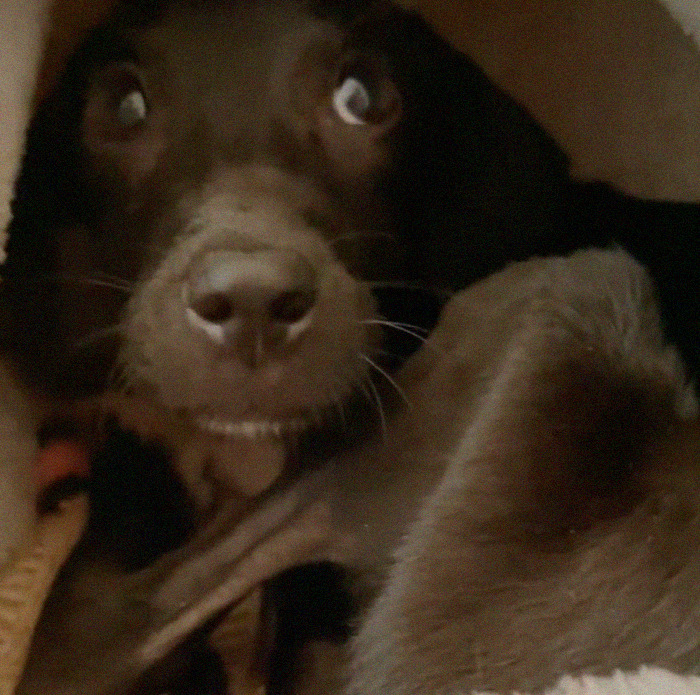 This survival story of Lucy gives great regard to patience and affection. Physical recovery is just not enough for any human or animal to accept their past and move on to enjoy their life again. The traumatic past keeps haunting and can only be defeated through the power of love, loyalty, and lots and lots of patience. Dogs like Lucy never deserved to be stuck in that gut-wrenching situation, but we hope she now knows that not all hoomans are bad!

We really hope you enjoyed this story of the strongest doggo out there, Lucy. Let us know in the comments how you felt about it. and leave some nice and inspiring comments for Lucy. In your face, dog catchers!