But there’s more context to it than you can imagine.

I’m sure it has happened to almost all of us once in our lives. We cook something for someone and either they criticize it or make fun of it. And when it’s two  chefs in the house, it’s even worse.

A similar situation arose when u/throwaway23235982353, a Reddit user and a professional chef, was cooking a dinner for his in laws and his sister in law, who is a chef herself, criticized his cooking skills. Trust me, you do not want to mess with someone who is cooking for you. It’s a big no no. Besides the fact that they could feed you something that you’d regret the rest of your life (If you live long enough), it could actually start a world war. Which is exactly what happened here. After the sister in law’s remark, things got pretty much heated in the household and a lot of people got to hear about it.

u/throwaway23235982353 raised a question on r/AmITheA-hole after the whole family started taking sides. There’s more to it. Scroll down and find out.

For starters, here’s some background. 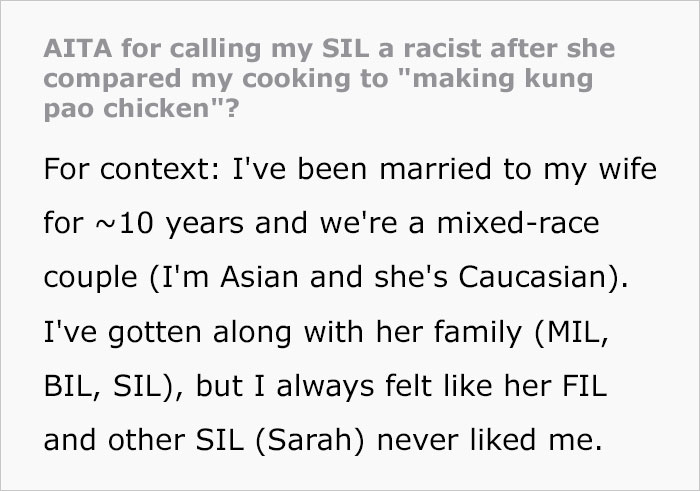 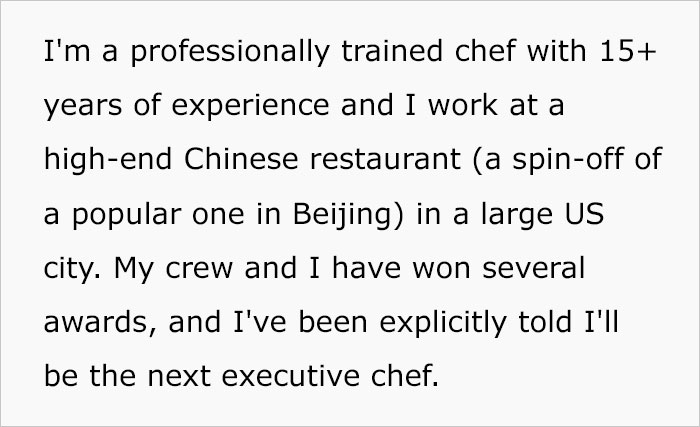 How can anyone stand to be around people like her? 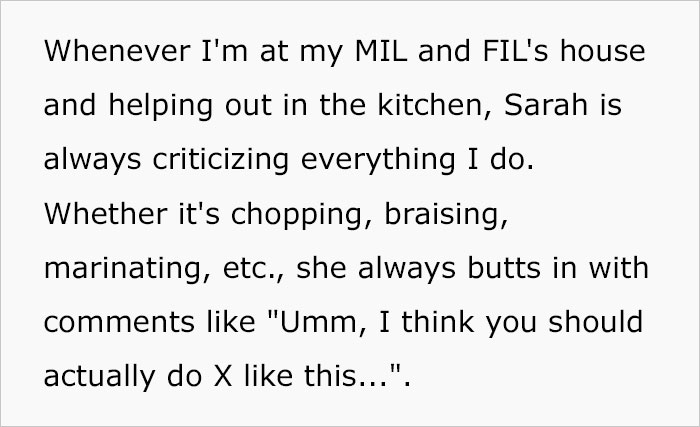 Uh oh. This calls for trouble. 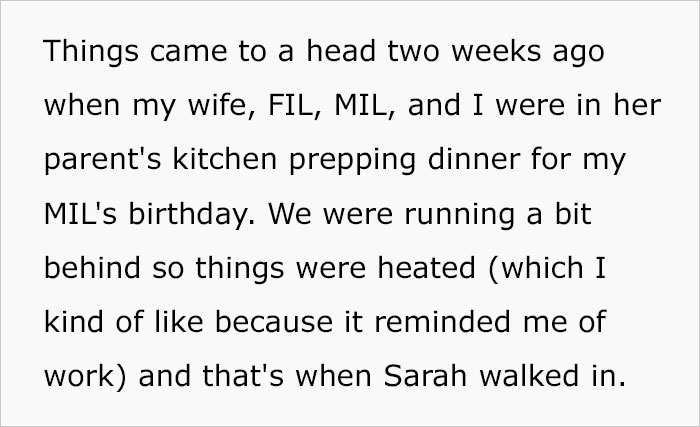 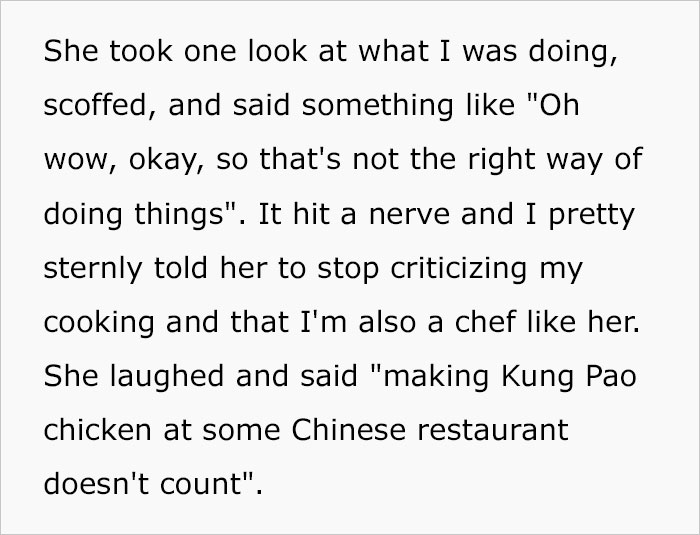 YOU DID NOT JUST SAY THAT, LADY! 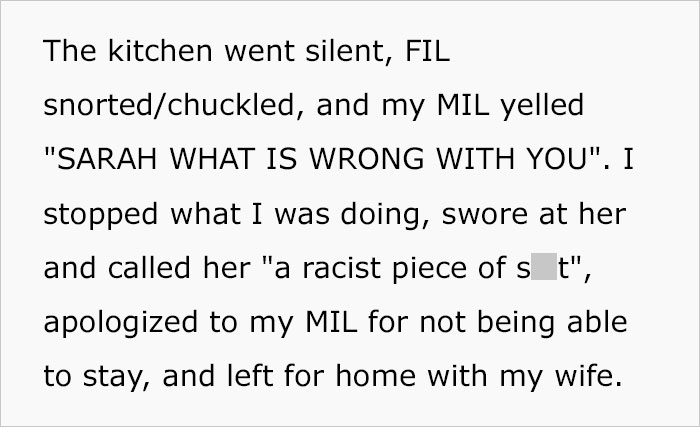 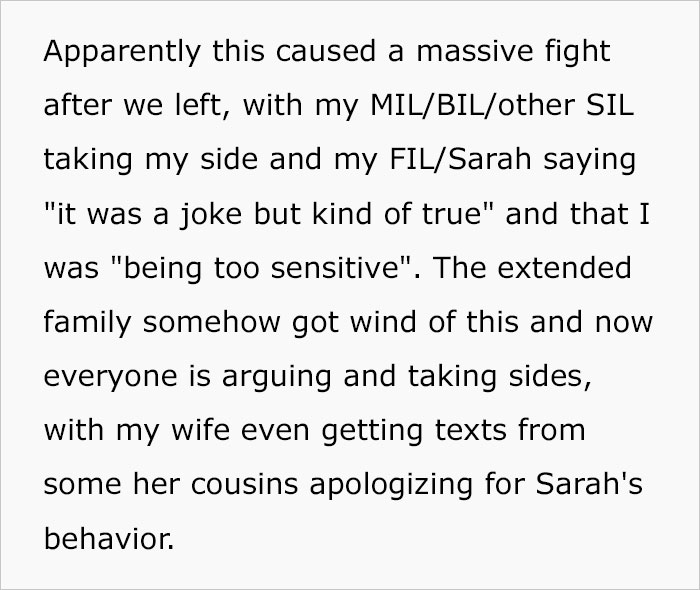 Before you jump to a conclusion, here are some more details for your information. 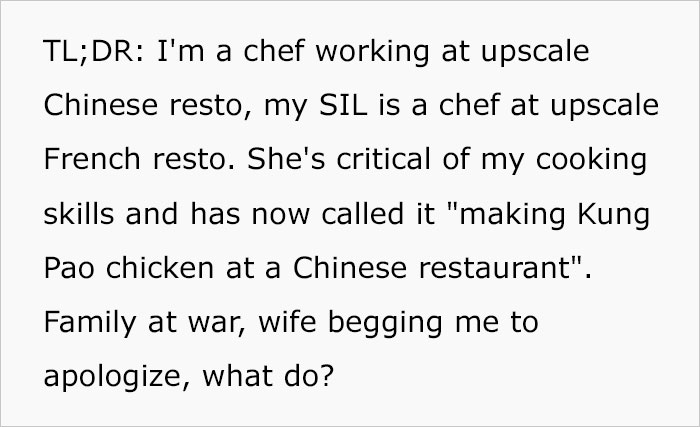 Ouch. Now that must have hurt. 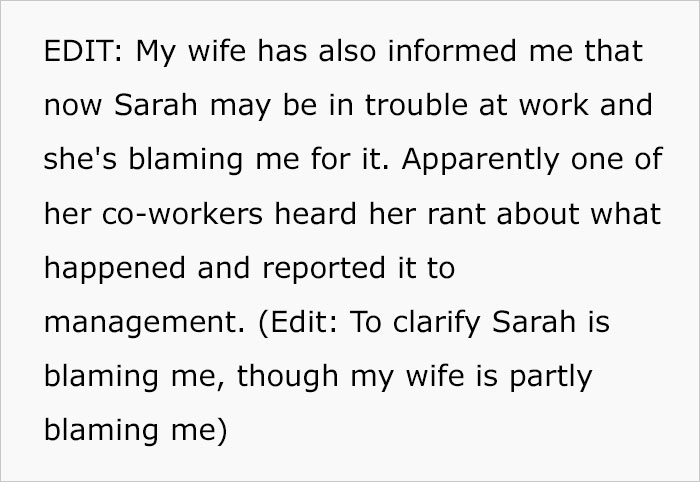 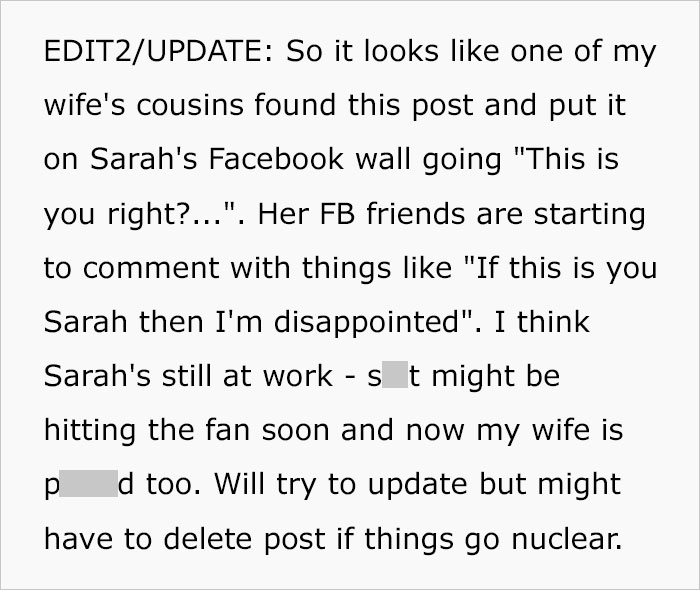 Good on you, man.

This is the best update so far. 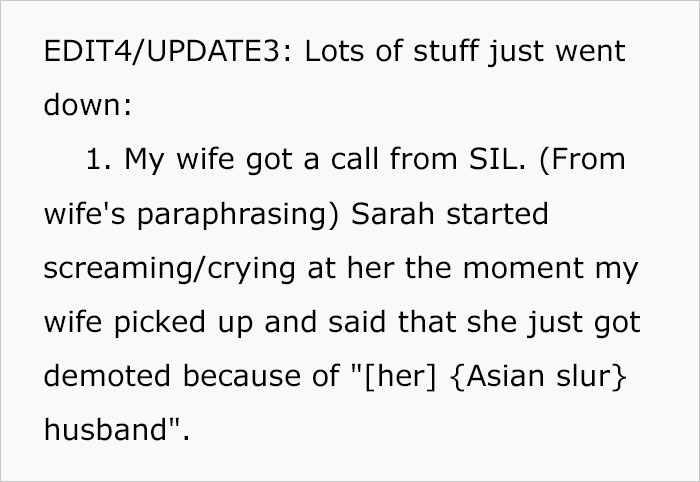 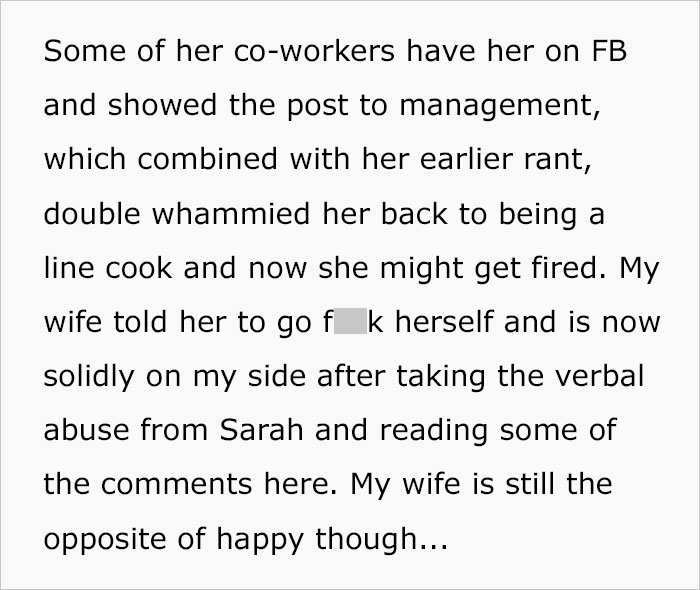 Oops. Looks like the dad is in trouble now. 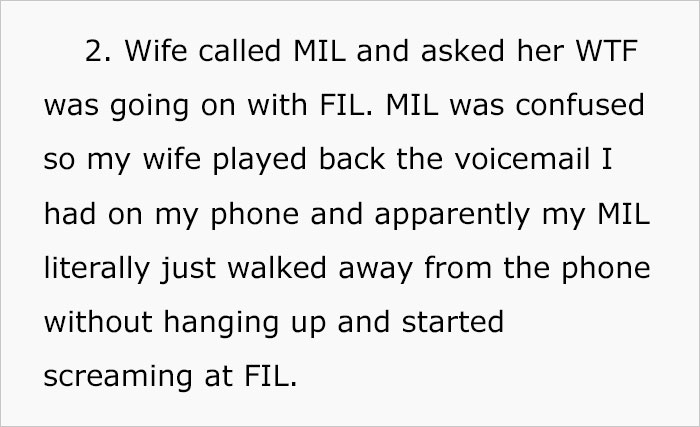 Hopefully, the war ended with a better conclusion. The post did receive a lot of support and sympathies which proved that Sarah was indeed the villain in this story. To find out what people commented click here.

Signing off now. Till next time.