Errors in movies prove that moviemakers are not gods.

Talk about providing an experience to remember for the rest of your life. Technology has helped the film industry o grow so much. And if you think about it, it is a combination of education, technology, money, and creativity that creates an immersive experience for the viewers to cherish forever. There have come movies that sort of shifted the paradigm. Those movies involve Independence Day, a movie that introduced aliens in a very unique way. Marvel Cinematic Universe, the use of application of amazing graphics, budget, and creativity gave us the best story to date over the 22 years. And with Terminator, we say super artificial intelligence when it was a mere concept. Movies are amazing and the moviemakers do everything in their power to perfect the storytelling experience.

But, and this is huge, the moviemakers are not gods. One always tries to be perfect but there are often loopholes that prove the imperfections are part of life. Sometimes in the biggest of projects, directors end up making some errors. Some errors go unnoticed and it gets too late in the post-production to remove them and surprisingly even the viewers miss them. But the diehard fans always rewatch the movies and that’s how they spot these mistakes.

Today we have 16 movie mistakes for you guys that went unnoticed on the first time watch. Thanks to these watchers who dug deep and brought out these mistakes. Just a fun little experience that proves no movie maker is perfect. And no, we are not picking out anyone for these errors, just trying to enforce that it is a very natural thing to make mistakes.

1. In the movie Inglorious Bastards, one of the German officer’s badge disappears in a scene and appears back in a later scene. 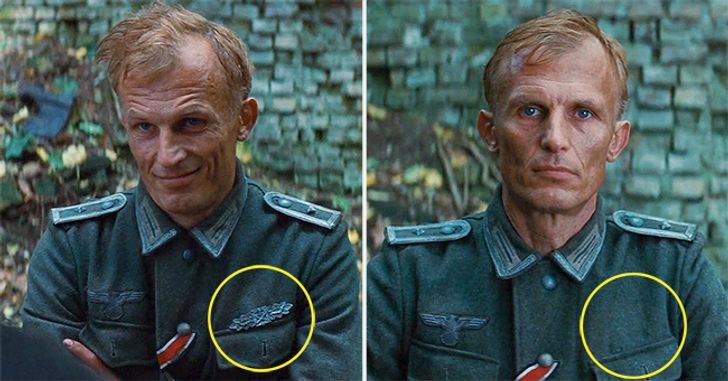 2. In the movie Twilight, a reflection of the camera can be seen in many scenes, a rookie mistake.

3. In the movie Avatar when Jake opens the capsule, the wheelchair is nowhere to be seen and it reappears in the next scene as he gets up.

4. In the movie Terminator, when the T-1000’s truck falls over the bridge while he is chasing John, the front window breaks off and in the next scene, they are back. 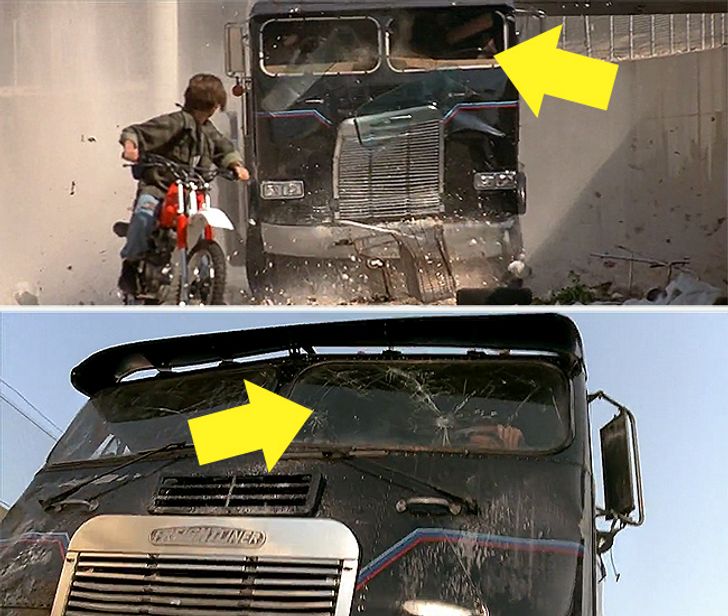 5. Another mistake from Terminator. Terminator shields John from the bullets that poke holes in his jacket. In the next scene, the jacket can be seen as new without any bullet holes.

6. In the first Avengers movie, when Thor destroys everything around him in the battle of New York, one car’s bumper magically gets repaired as can be seen in the image below. 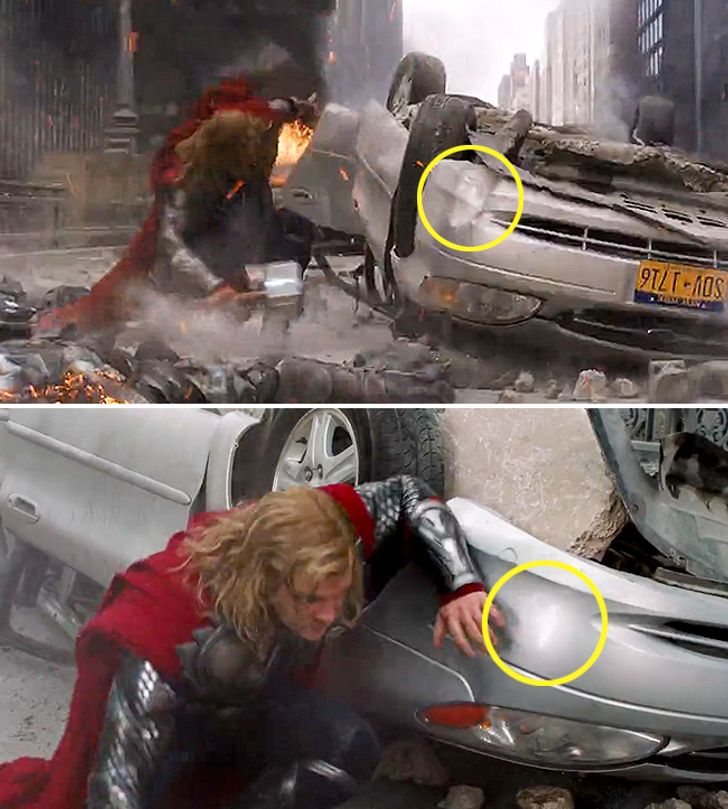 7. In the movie Dallas Buyers Club, you can see a poster of the car Lamborghini Aventador in the back. The movie is set in 1985 and the super car was released in 2011.

8. In the movie Titanic, the deck randomly changes in different scenes. 2 Titanics maybe?

Oh my god, all of these were new to me. Damn, makes it so much more hilarious now that I know these mistakes, but it’s okay. All the movies were amazing and I would still rewatch them anytime.

9. In Terminator 3, the plane in which John and Kate fly, the number on the plane magically changes from N3035C to N3973F when it lands. 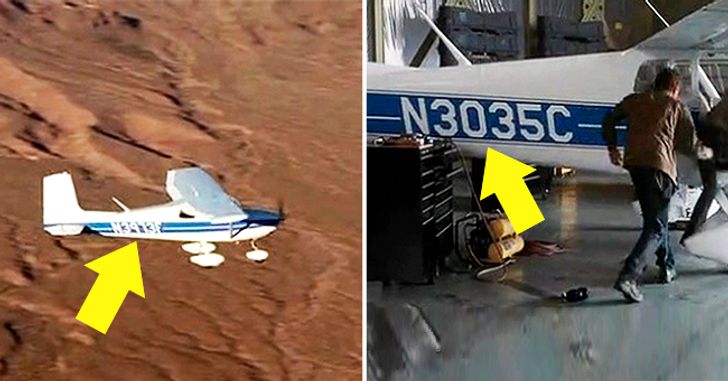 10. In the classic Pirates of the Caribbean, perhaps there were a few pirates in his crew that were rather too modern for that time. Check out that person far left.

11. In the movie Aliens, Kane is seen wearing a cap under his spacesuit helmet. And in the hospital scene when the helmet it removed and an alien attached to his face is seen, there is no presence of the cap. 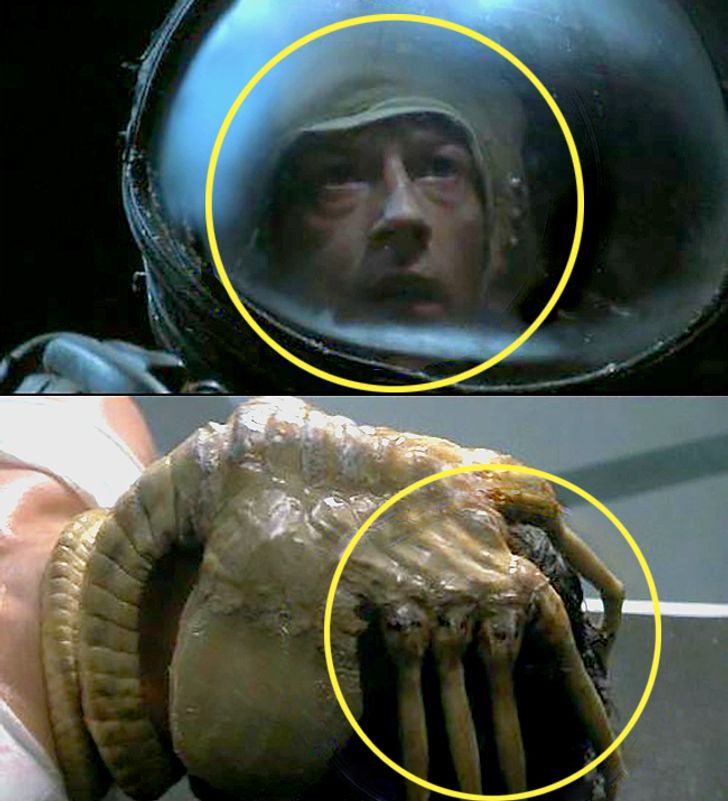 12. In the Marie Antoinette biography, a rather modern pair of shoes was seen while the movie was set in the 18th century. 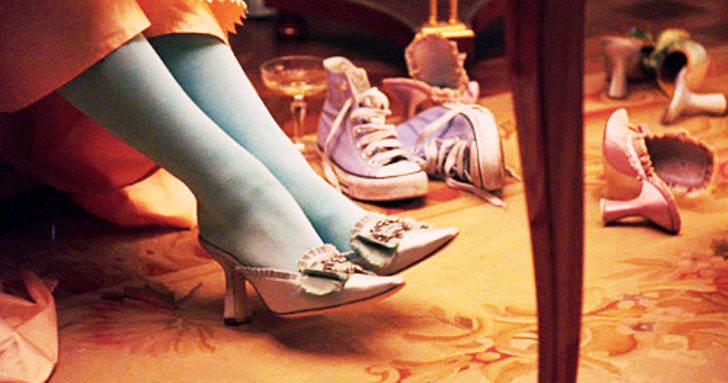 13. In the movie The Usual Suspects, the airplane can be seen with 4 engines but few scenes later, it goes down to 2 engines. No they did not fail, they just disappeared. 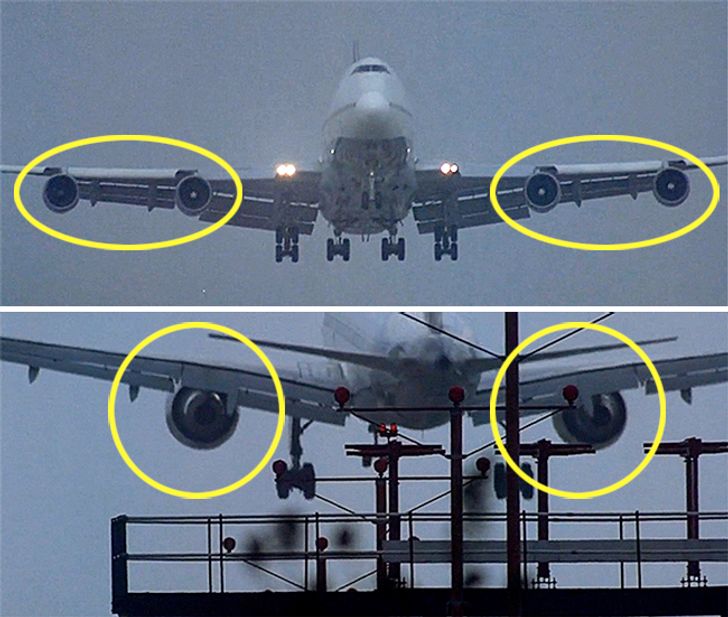 14. In Ted, John was seen holding his phone upside down in one of the scenes. 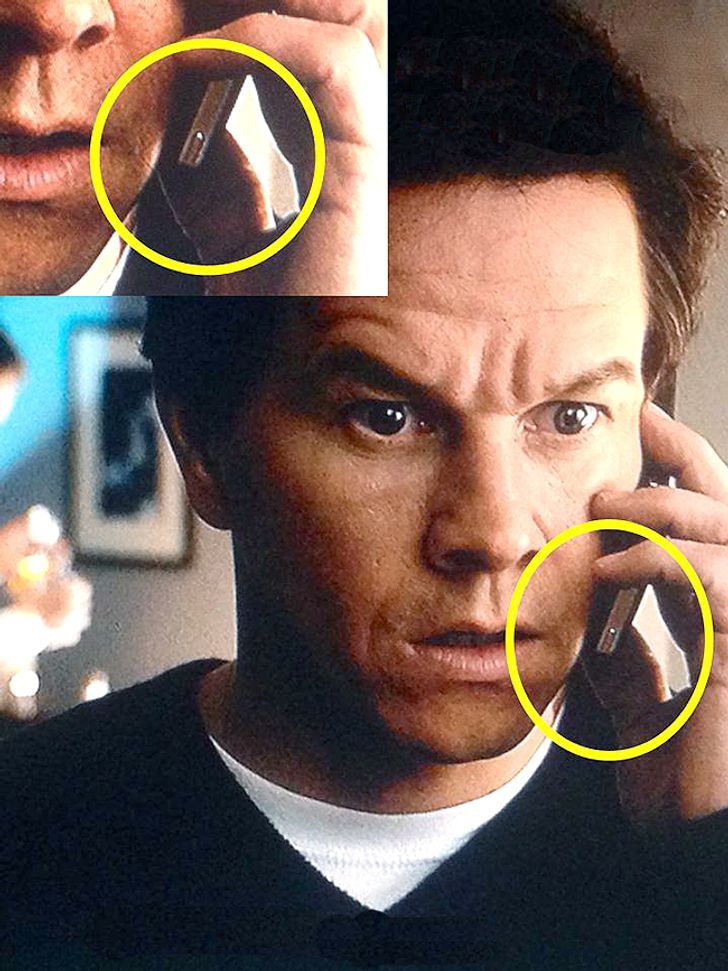 15. In the movie Gladiator, we can spot an airplane in ancient Roman times. Pretty sure there were no flying machines in that era. 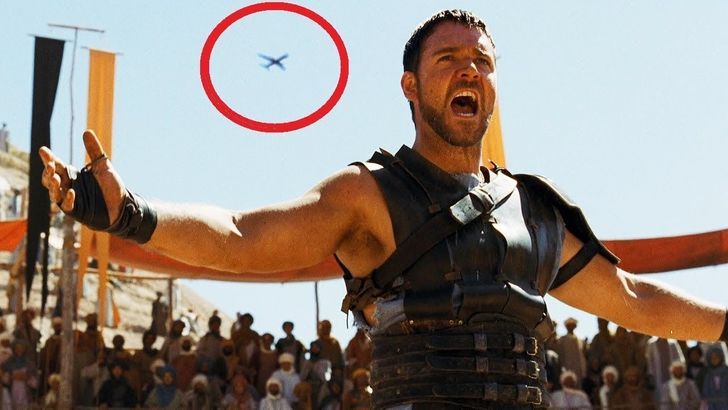 16. In the movie Star Ways, one of the stormtroopers can be seen hitting the gate on his way. It’s the far right one. So hilarious.