All kids have been made to fear weird things. To stop you from doing certain things, parents and other elders fill our minds with lies to keep us obedient. Kids have impressionable minds and at that age, we don’t have a concept of lying. We think everyone is telling the truth and we especially do not think the elders are lying. We trust them blindly. It is due to our innocence and our gullible nature as kids that we are ready to hop onto the first thing we are told.

Fortunately, most of us get hit with reality when we grow up and realize how the things we were told as kids are utter lies. When someone on ‘Askreddit’ asked “What’s the dumbest thing you believed as a kid?”, people had absurd answers.

Scroll below to check some hilarious responses! 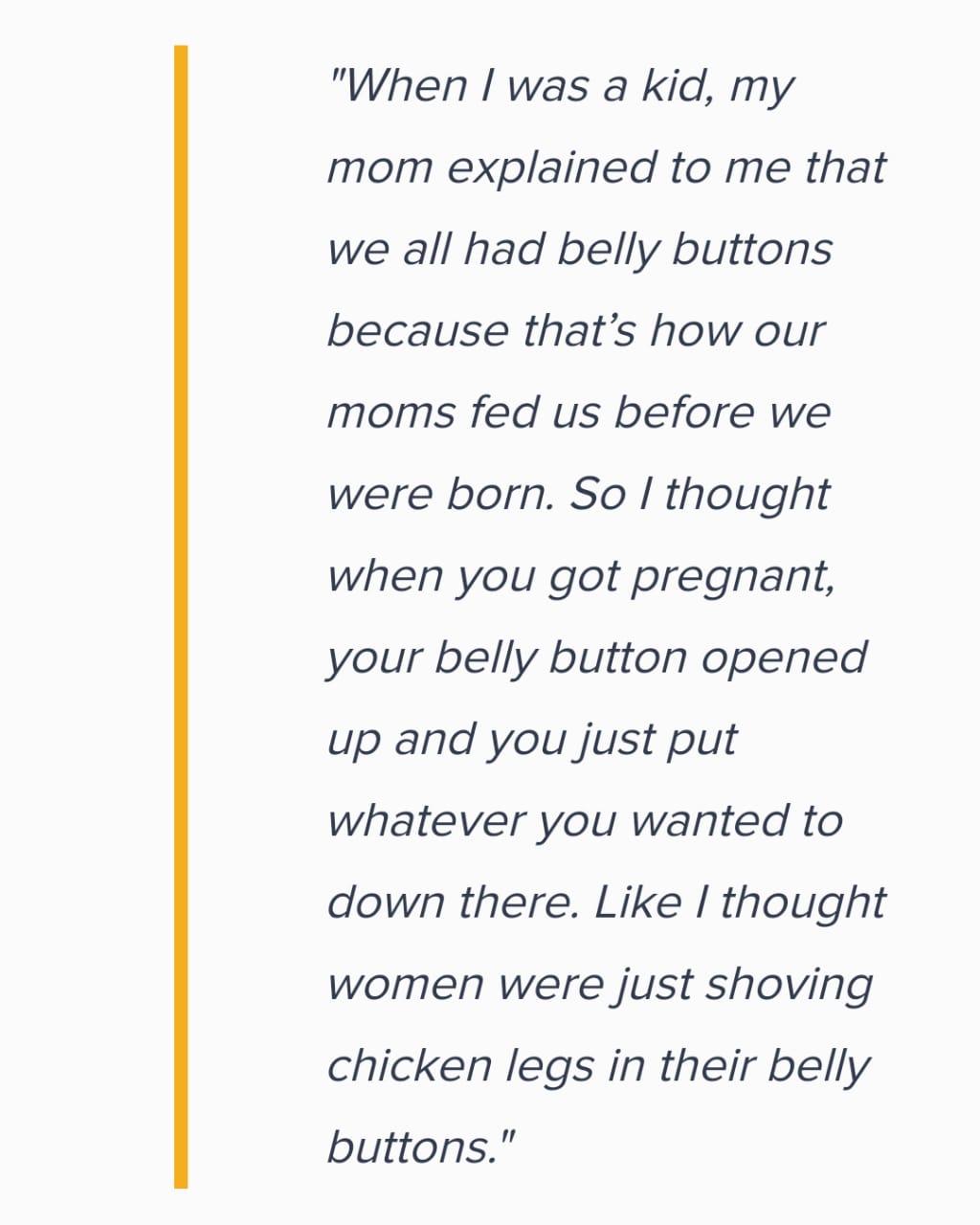 Wow, I cannot believe something as irrelevant as a belly button had to be lied about. Why did the mother feel the need to lie to their kid about this?

2. We all are in the same boat for this!

Admit it, you thought so too. It is absurd and we had no concept of filming. We had a lot of learning to do.

3. This kid took it too deeply!

These things make me realize how clueless kids are.

This one is giving me nostalgia. I remember feeling bad about missing parts of the show too. 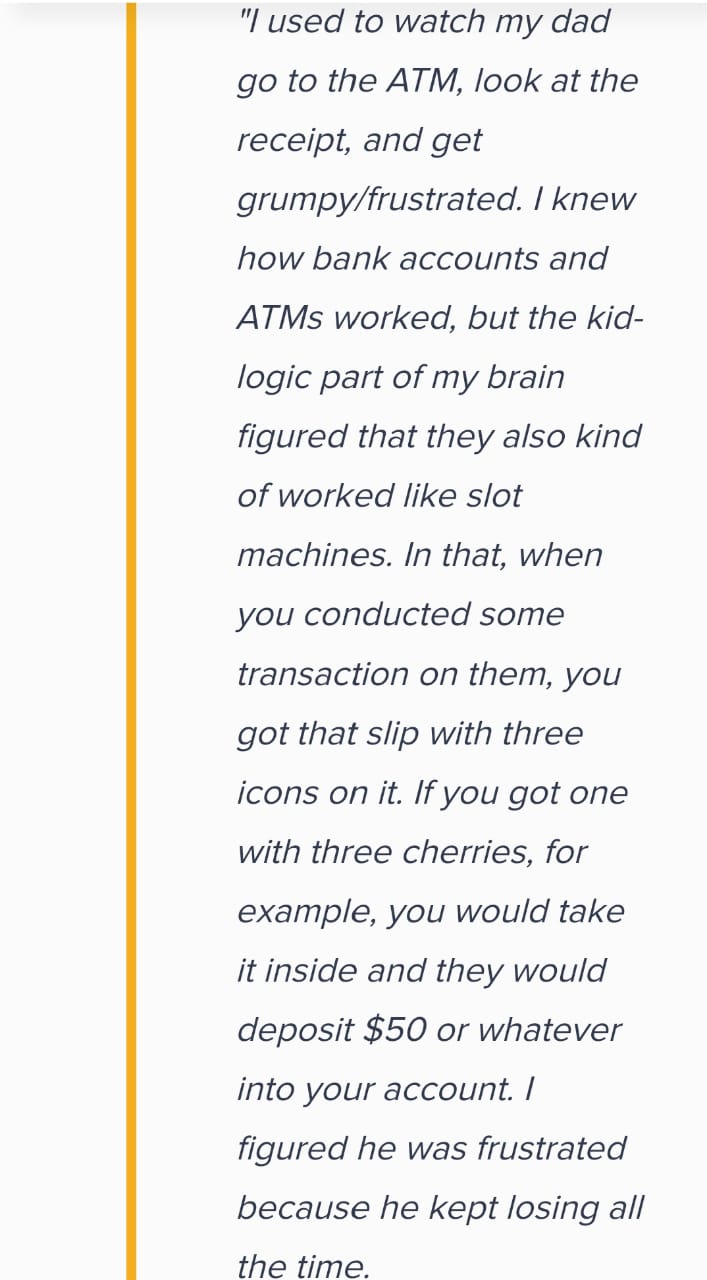 The “No” from his father hit hard.

We all thought school was their home, confess it!

Parents should be careful about having sex in the room next to their kid’s room.

8. The terrors of sex

God, the thought and fear of sex were like a monster that followed us everywhere.

How convenient it would have been if cars knew where we wanted to go!

10. Driver would be dehydrated as hell!

11. I thought it was a market for witchcraft!

The black market just sounds fishy. I am sure many people are still confused.

12. Your order has been finalized 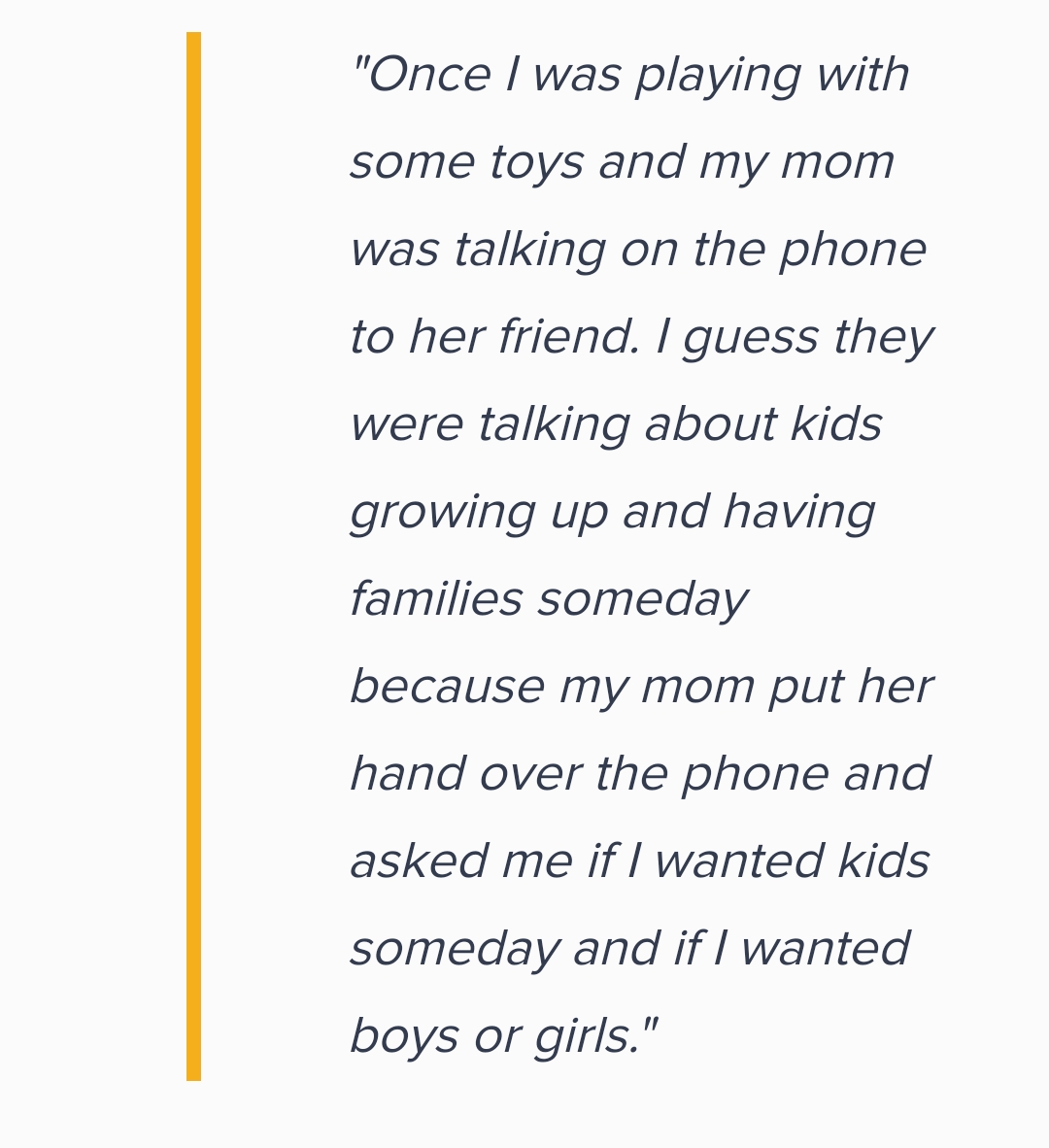 Imagine the anxiety this must have induced in the kid! I am dying of laughter.

14. Children have the craziest imagination

16. No one understood escalators as a child.

17. I would be lying if I say I never had this thought.

18. Damn, we had the funniest fears as kids.

I have only one thing to say. Nothing is as vast as a child’s imagination. Kids think beyond the boundaries and there is no idea that is impossible for them to think. It is kind of endearing too that kids are so curious about things and they of different things to fill the gaps in their mind.

What was the craziest thought you had as a kid? Share in the comments!