Some people have personalities that are completely opposite to their appearance. We have grown up in a society that is filled with stereotypes. Our minds have been programmed to think of specific things when we see a certain type of person. Just like when we see an Asian, we think they must be intelligent, a blonde girl in a skirt must be a cheerleader that listens to popular music, a tall, masculine guy is probably mean, someone with glasses must be a nerd. Things like that. No matter how much we deny it, it does sometimes pop in our head when we are trying to judge someone we don’t know.

But, in reality, this really isn’t the case. People are not who they seem to be. A tiny person can have a huge personality and vice versa. This person on Tumblr shared their story of meeting a “huge dudebro” who turned out to be nothing like they thought he was. Scroll down below to read the story:

So, it started off with the guy noticing the person’s LGBT flag shirt and trying to comment on it. 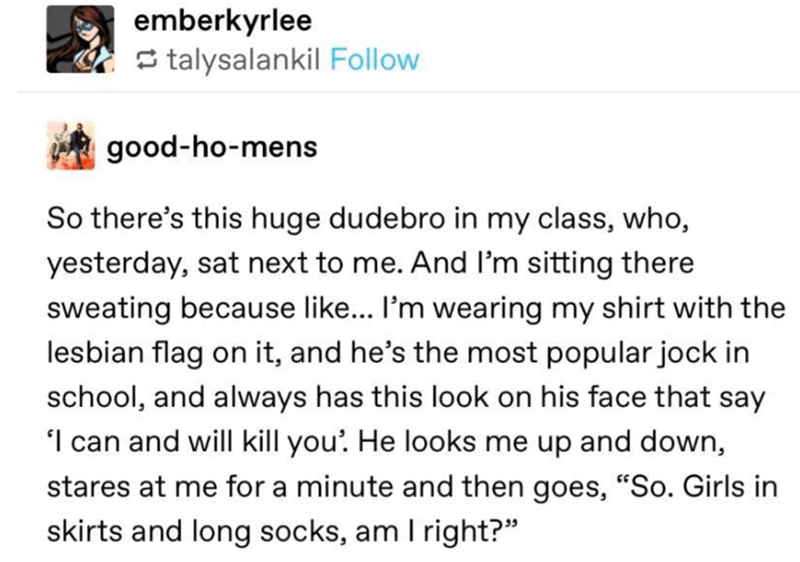 They both agreed on his statement and fist-bumped.

And then they wondered which one of them could have a better chance with a bisexual girl. 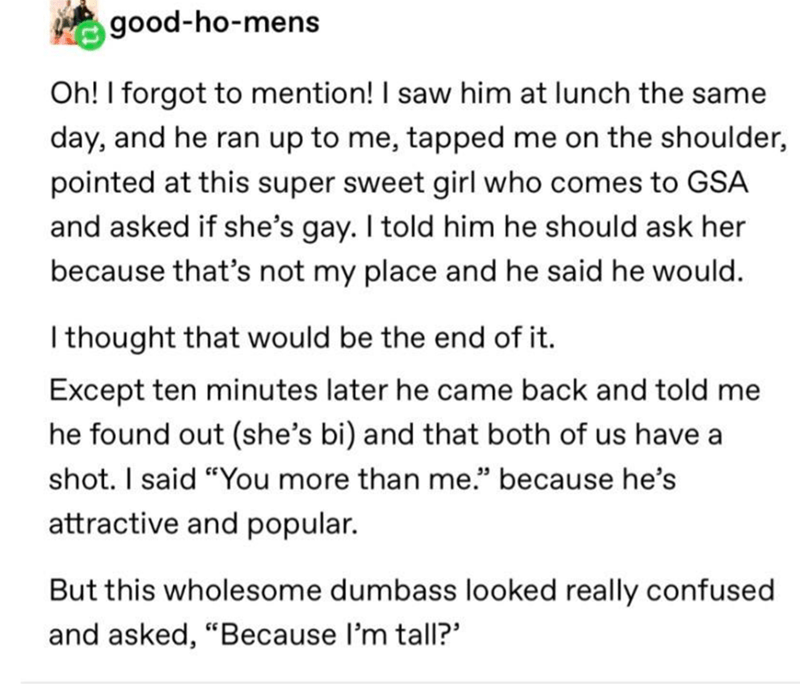 This definitely is lesbian/jock solidarity. 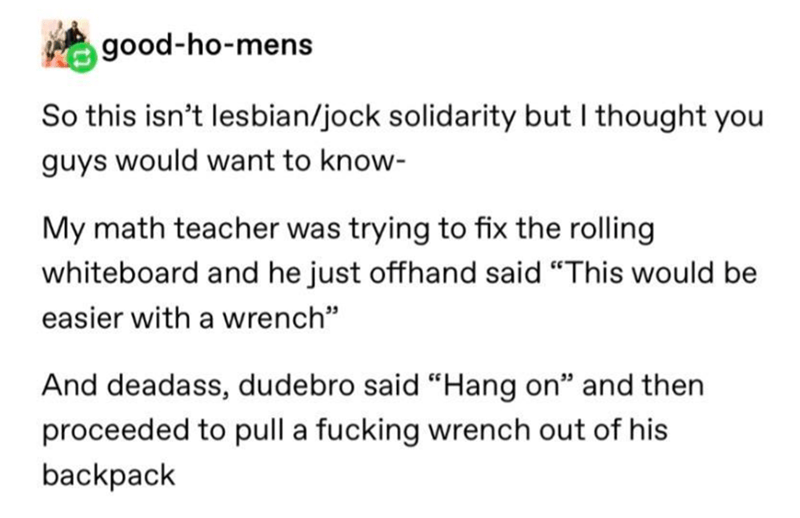 People really do get sick of stereotypes. For example, my own best friend is 6 feet tall and has a huge built. She seems very intimidating to everyone when in reality, she is just a gentle giant. Even though she could knock a person out with a single power punch, she would never even hurt a fly. So we should never judge a person according to their appearance. In fact, we shouldn’t judge anyone at all. Scroll down below to read more stories about the soft jock:

This person just sounds so wholesome. 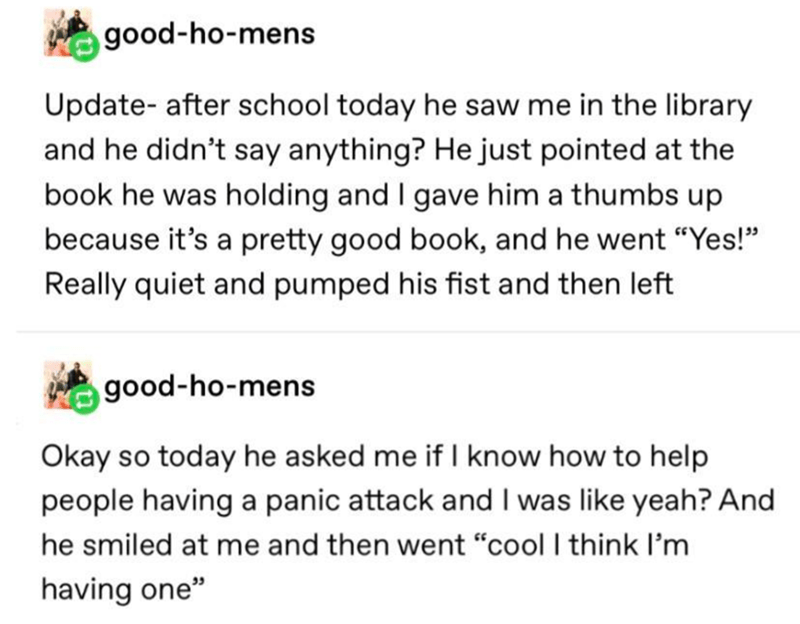 The person helped the jock through a panic attack and they became closer.

This sounds like the starting of a beautiful friendship. 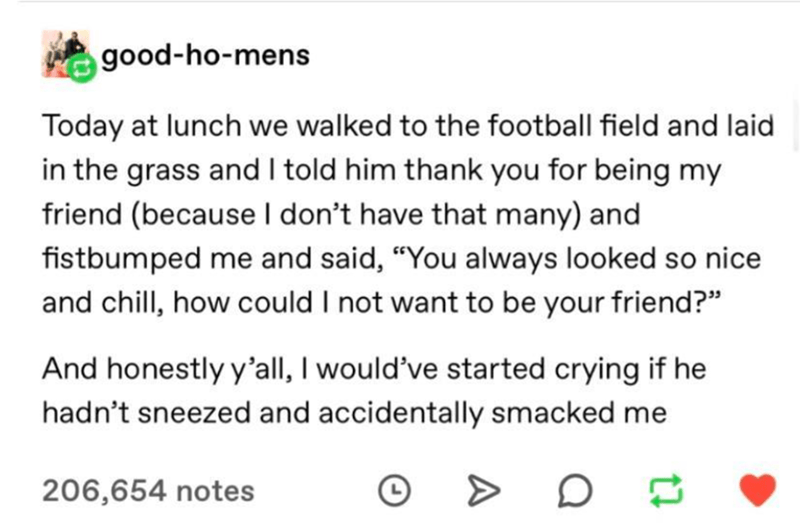 Have you ever met someone whose personality didn’t match with their appearance? Share your experiences with us in the comments below!