Is breastfeeding better for the child’s health?

There is always a debate whether breastfeeding is better for a child’s health. And while most doctors would agree it is. Baby formula isn’t bad either. And breastfeeding a child is all good and well as long as you are in the position to do so and it doesn’t hurt you. However, not all mothers are able to do that. In which case baby formula is the next best thing. And nobody should have to feel bad about feeding their kid no matter how.

Although this guy seems like he doesn’t care about his wife’s health and thing her being in pain is fine as long as their child got breastfed. You can read the whole story by scrolling below. However, I am warning you as it is a weird story right from the start. Don’t get me wrong, both parents should have a say when it comes to their child. But no one can tell you what to do with your body.

So read for yourself.

It all started with the birth of their child. 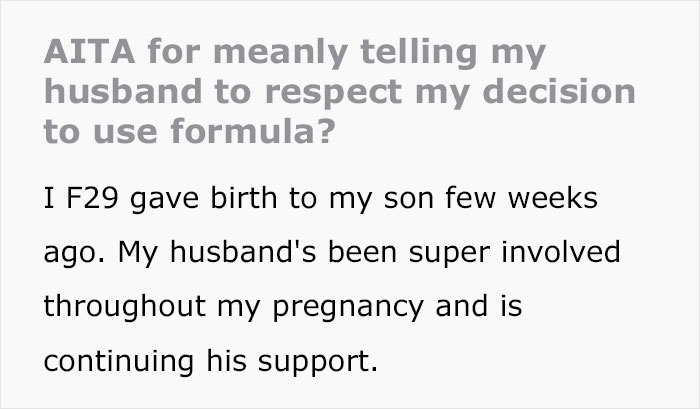 The husband was adamant about breastfeeding.

And she tried to do that but it caused her too much pain. 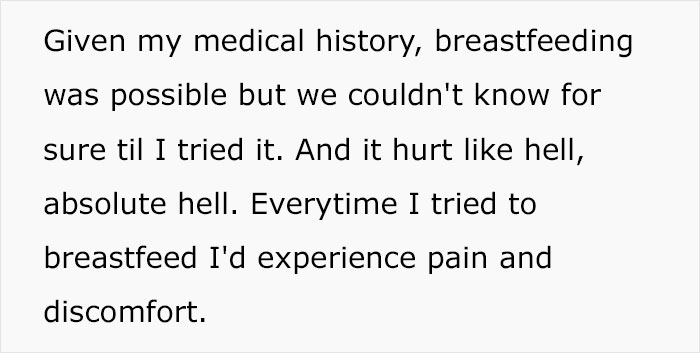 So she decided to switch to baby formula.

I think that was a good decision but her husband didn’t agree. 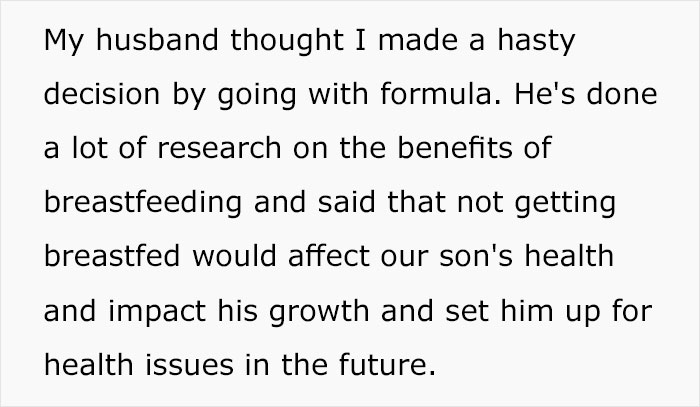 She tried to explain herself to him.

But he wasn’t really listening.

He kept guilt-tripping her whenever he got the chance. 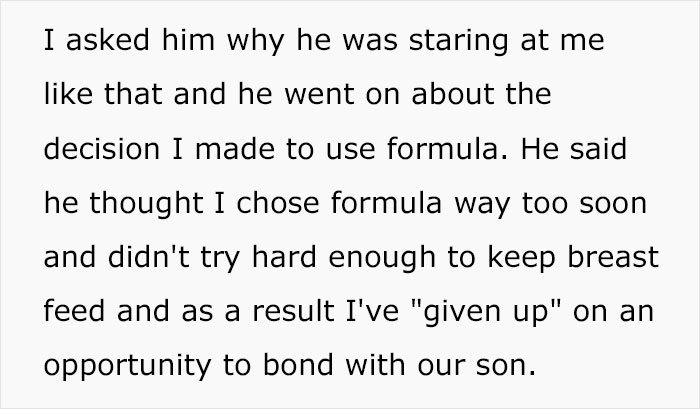 It seems he didn’t care about her health or comfort at all. 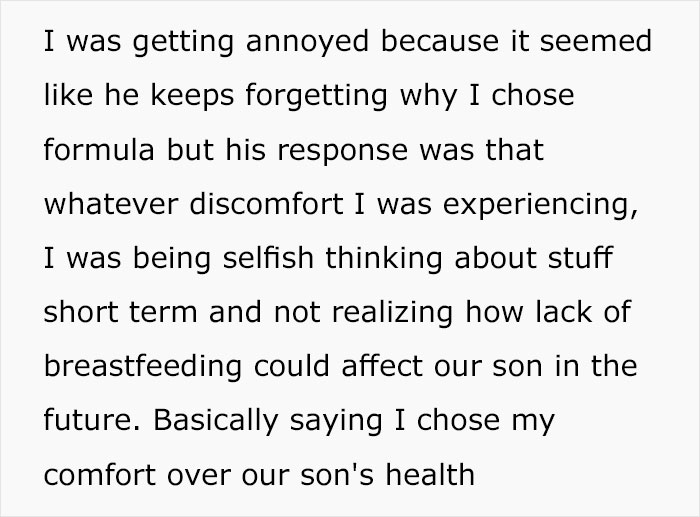 I can understand her outburst, to be honest.

Her health matters as well. 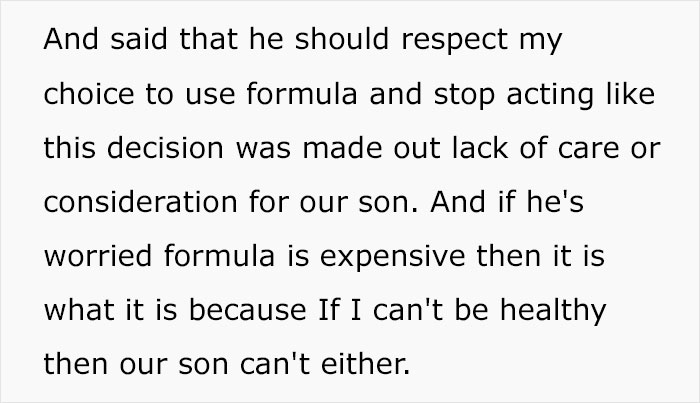 But even then he wasn’t listening. 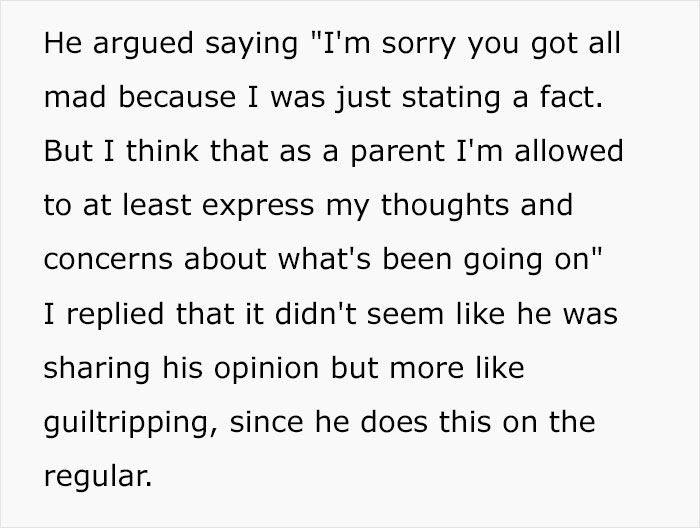 So the fight continued.

And things ended on a bitter note. 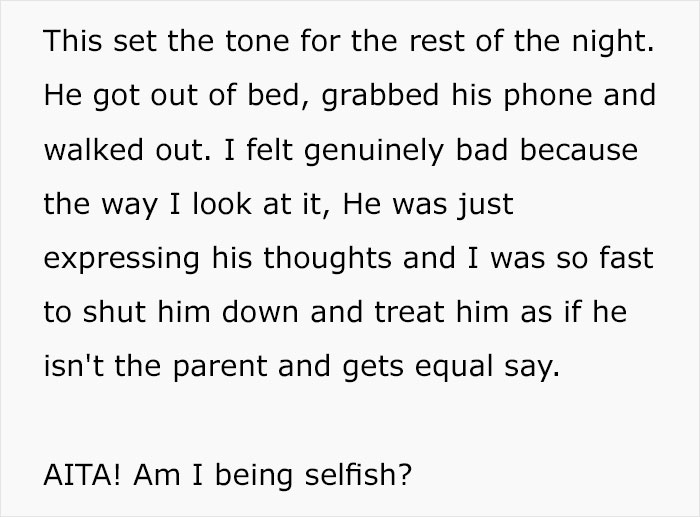 There is nothing wrong with having different opinions on how to parent a child. However, it is better to have a discussion rather than imposing it on your partner. And what this guy is doing is just guilt-tripping her. It is not as if she didn’t try breastfeeding. it just didn’t work for her. If he is so worried, he should feed the child himself, maybe he will understand then.

People in the comments were unsurprisingly supportive of her. 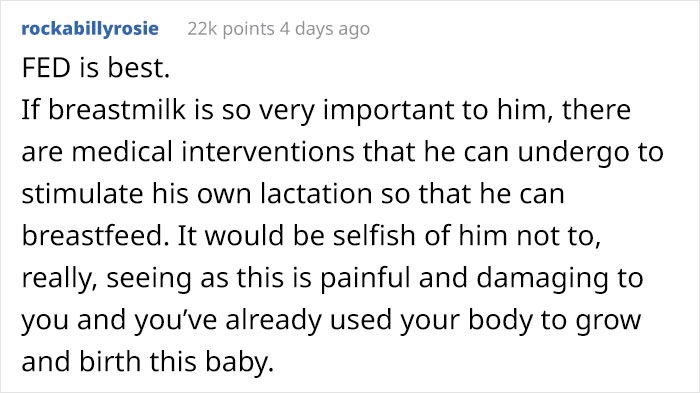 After all, she didn’t do anything wrong. 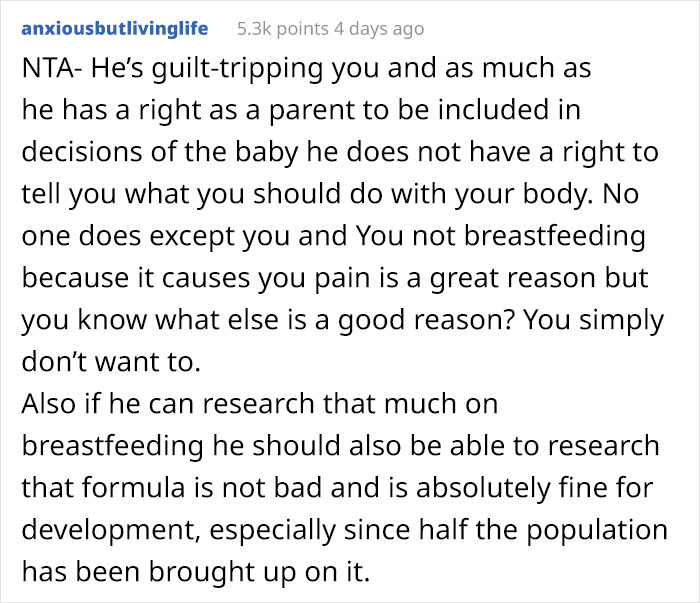 After all, her health is important as well not just her child’s.

This is guilt-tripping at its finest. 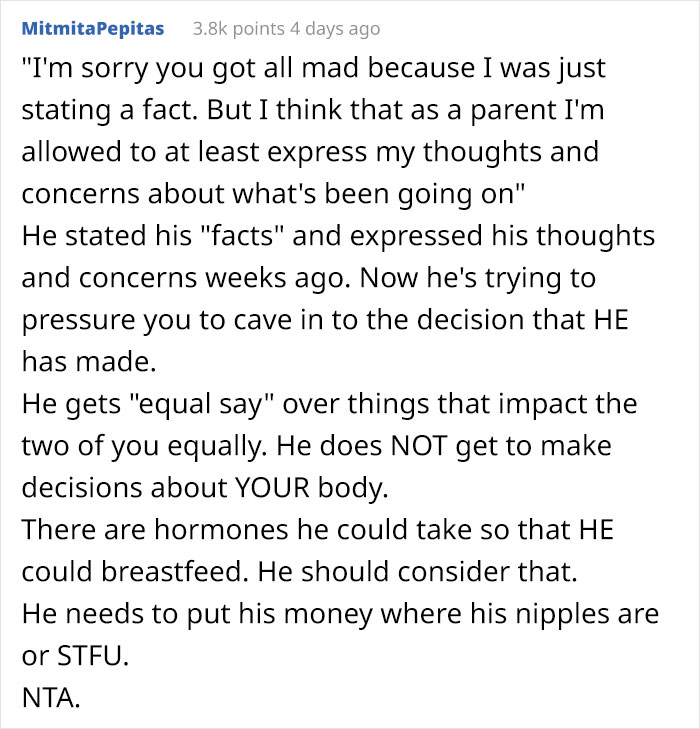 It is better to have a healthy discussion. 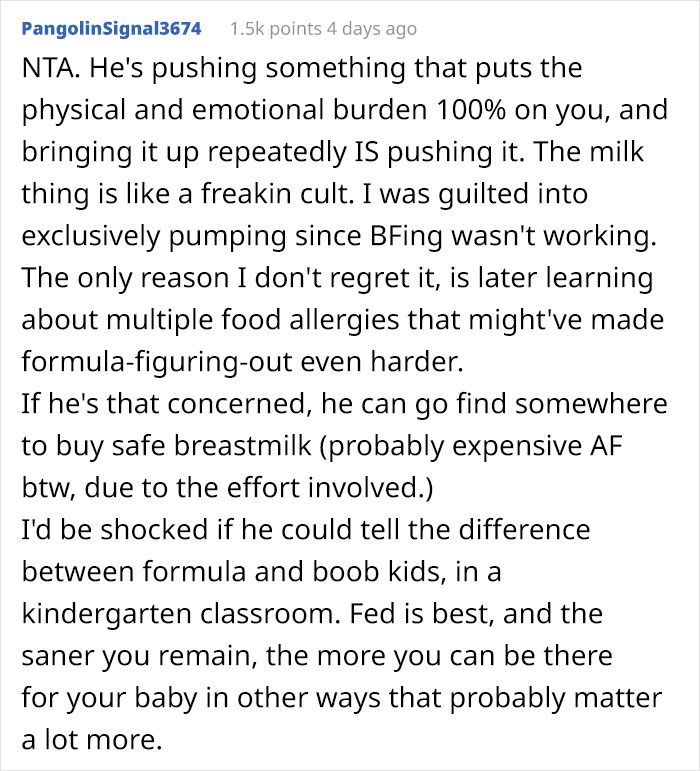 But what he is doing isn’t a discussion. 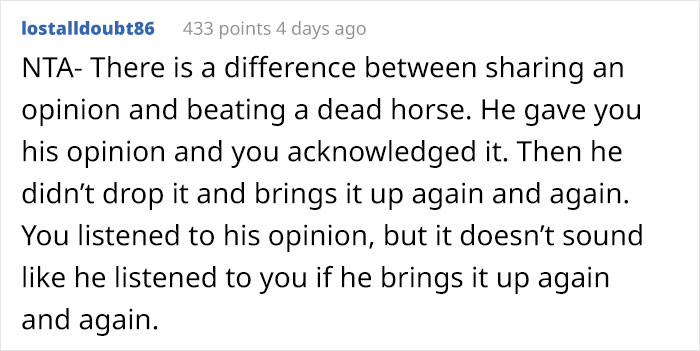 He just wants to impose his opinion.

And doesn’t want to hear her side at all. 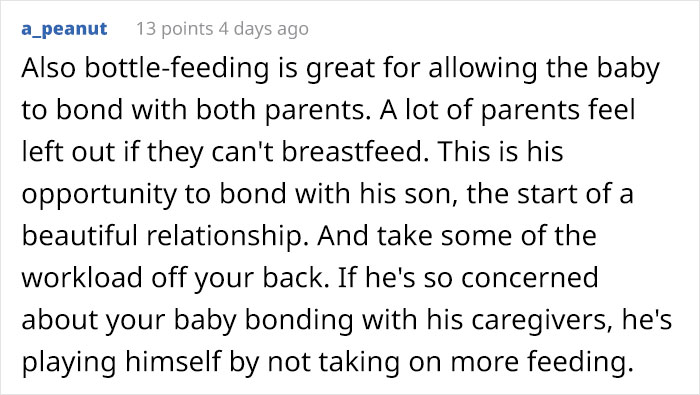 Who do you think is in the wrong here? Do you think the woman should listen to him? What about your thoughts on the baby formula discussion? Comment down below and let us know.