Can’t one be their true self in their own home?

I mean if you are alone at home, what is stopping you from prancing around in lingerie or dancing like a maniac in your undies? These dumb moments can actually be quite fun and we all need a little bit of happiness these days. However, some people seem to think you have to act ‘proper’ all the time even when you are alone in your home. I understand that come in to see someone dancing naked might seem immature but who hasn’t acted that way even when they were well past their teenage years.

Although this guy didn’t think so. You see when he went out for a few days and left the house in the hands of his girlfriend, he actually wanted to surprise her. Surprise her with what? you may ask. Well, apparently he was surprising her bringing around his parents. I cannot for the life of me see how that is a surprise as it isn’t like it should have made her happy. But that is what he decided to do and didn’t even warn her beforehand. As you can guess, it didn’t go too well.

Scroll below to see what happened. Be ready to hear a twisty story.

The story starts with the girl trying to explain how it all actually started. 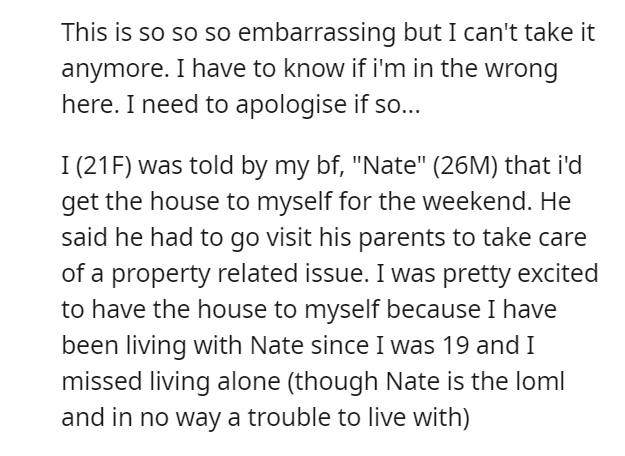 She explains how she finds it fun to bake in her lingerie which is totally fine. 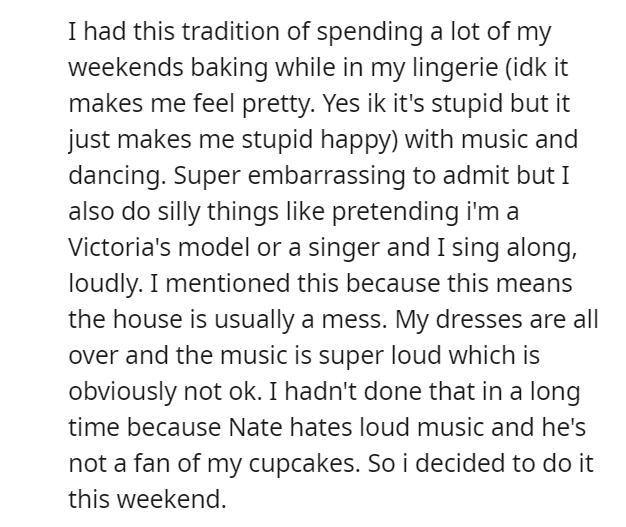 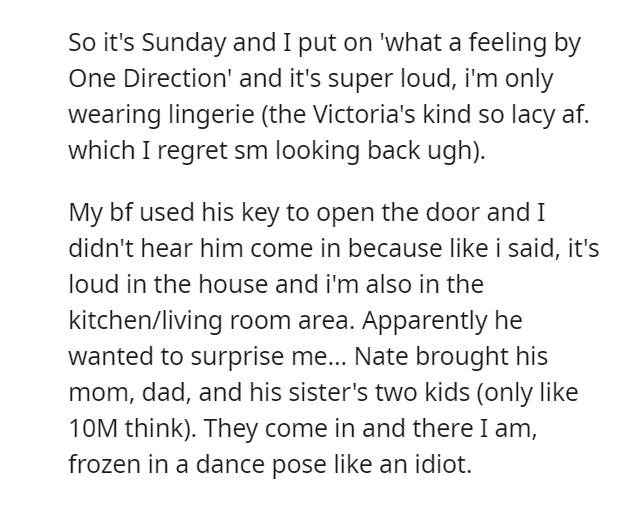 But that is when everything went awry as his parents arrived. 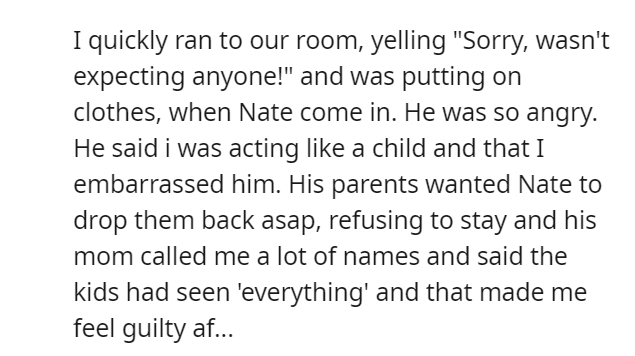 She quickly apologized and went to put on some clothes. 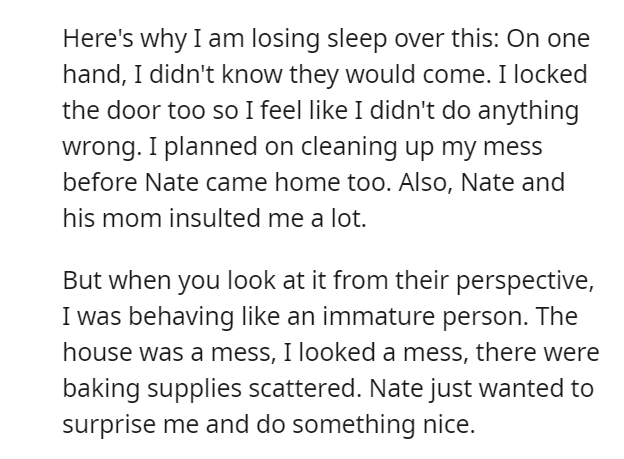 But things didn’t end there as her boyfriend remained angry at her. 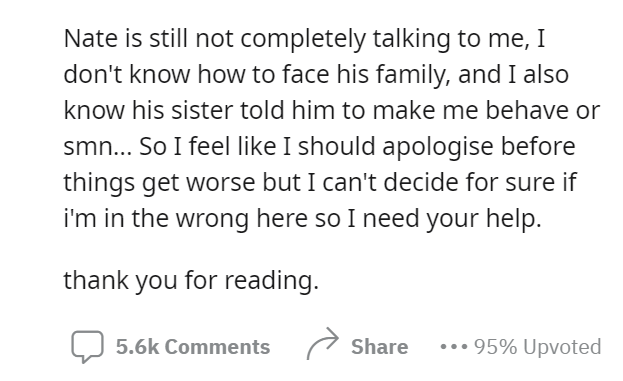 Even before reading everything, I could tell that it wasn’t the first time this had happened. The guy does seem like he likes to somewhat control most of his girlfriend’s actions but I can only judge from this little interaction. However, one should always pay attention to red flags. Because if don’t, we might end up in even worse situations. However, thankfully this girl managed to get out.

People in the comments were quite kind. 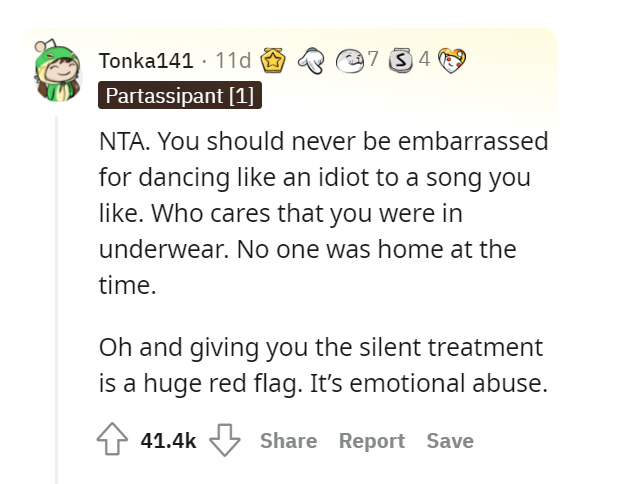 And many even gave her great advice. 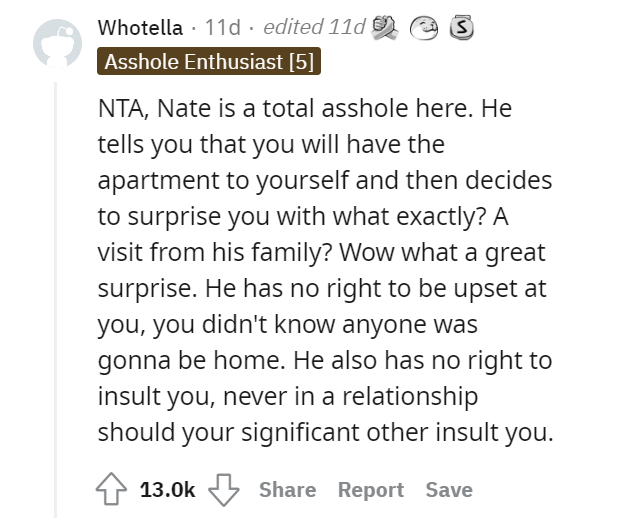 And that is how we ended up with an update. 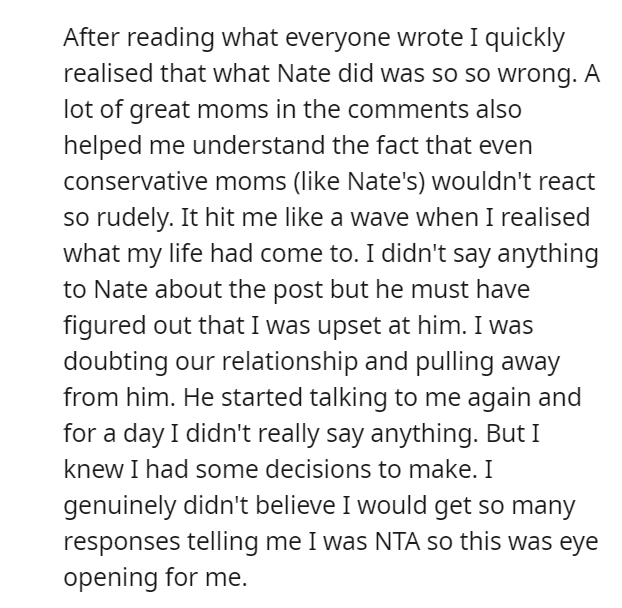 And things clearly took a turn as the girl decided to stand up for herself. 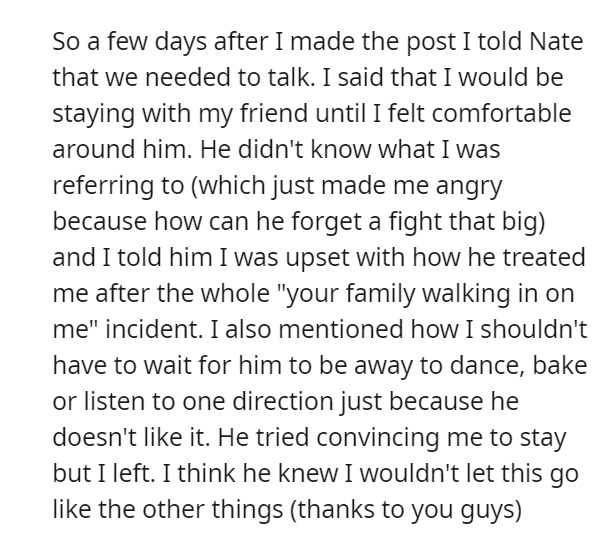 Surprisingly things went quite well and she is now taking a break. 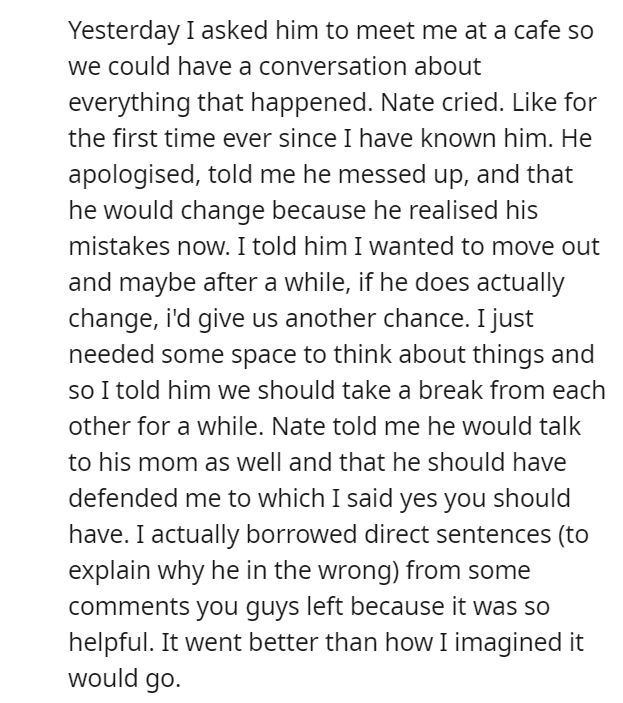 She actually listened to what people said and ended up in a better situation. 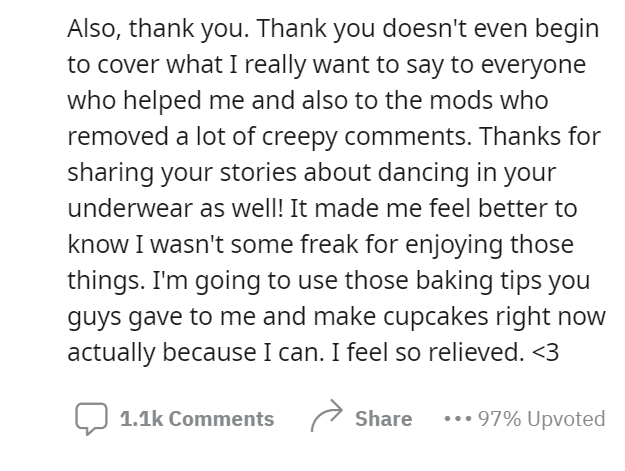 People were actually quite happy for her. 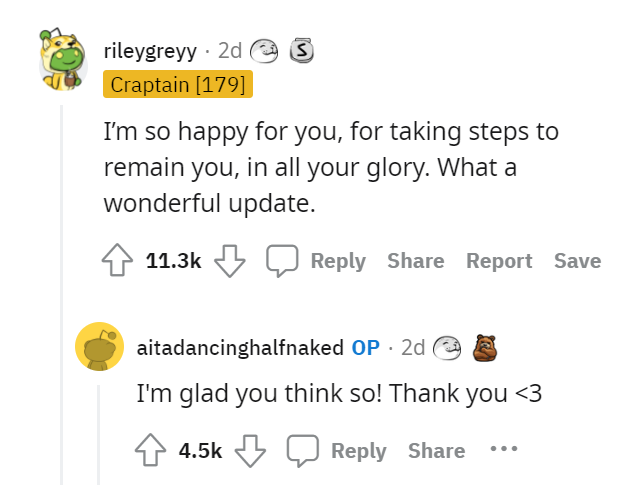 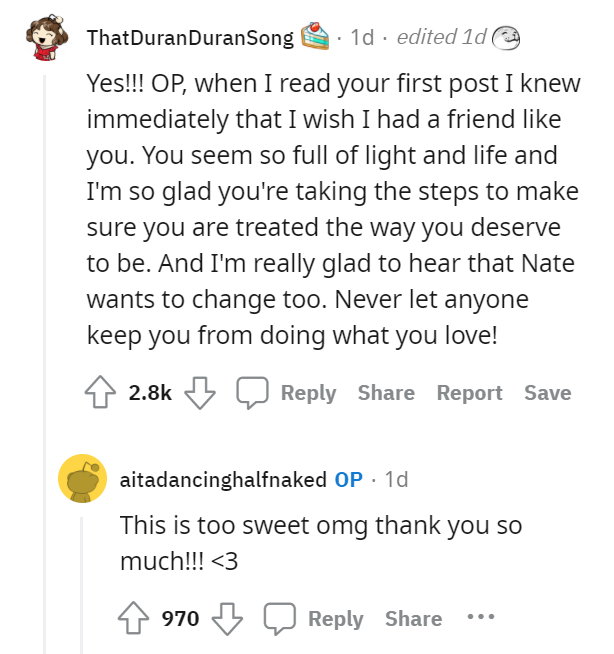 She actually seems pretty fun if you ask me. 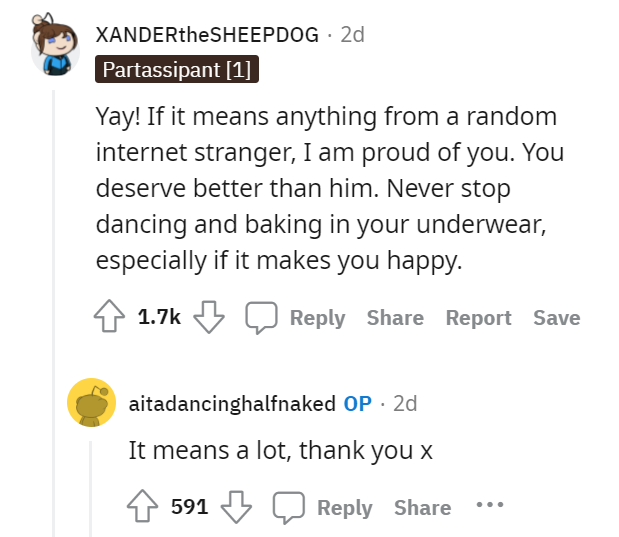 How would you have dealt with this situation? Comment down below and let us know. We are always eager to hear your opinion.