It’s 2021, can we stop commenting on people’s bodies already?

Whether they are overweight or underweight, we need to stop shaming people for what they look like. We need to stop giving people unwanted advice and tricks to lose or gain weight. Some people can not control what they look like, and even if they can, it is their choice to look the way they want to. Why does it bother you what someone else looks like? As long as it does not harm anyone else, a person should be allowed to look however they want and not receive unwanted or offensive comments from anyone. Why can’t people just live and let live? Why do people just poke their noses where they don’t belong? Fat-shaming or skinny-shaming isn’t okay, and it needs to stop now.

This woman shared her story on Reddit about being constantly skinny shamed by her overweight coworker. She tried everything she could do to make her stop, but the coworker kept making offensive comments about her body and hurting the woman’s feelings. People think skinny-shaming isn’t real and it is just overweight people who receive the bitter end of these comments. It is just as bad for skinny people. The woman finally snapped at the overweight coworker and asked if she was wrong for doing so. Scroll down below to read the whole story:

The woman asked if she was wrong for fighting fire with fire.

The woman started off by clarifying that she acknowledges the problems overweight people face and she never makes unnecessary comments on people’s body figures. 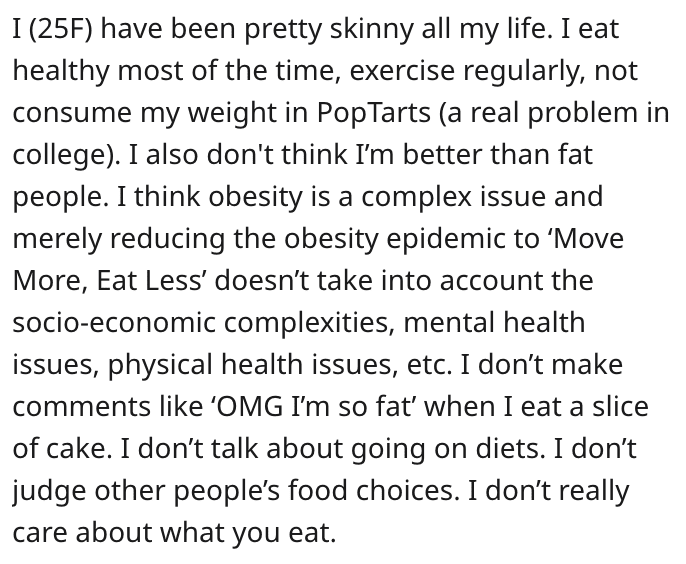 A 40-year-old woman named Diane transferred to their office, and ever since then, she had been making mean comments regarding the woman’s skinny body. 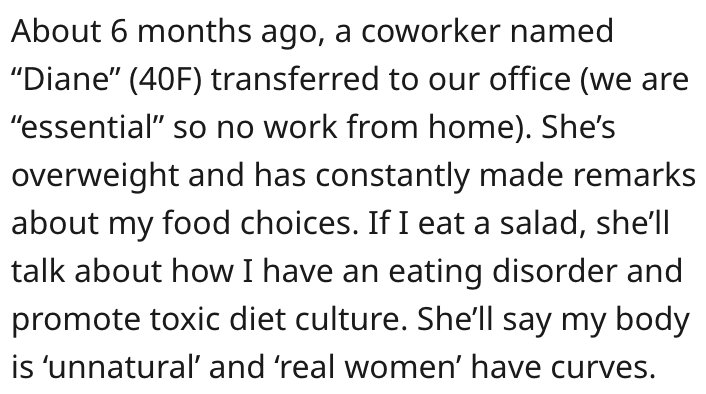 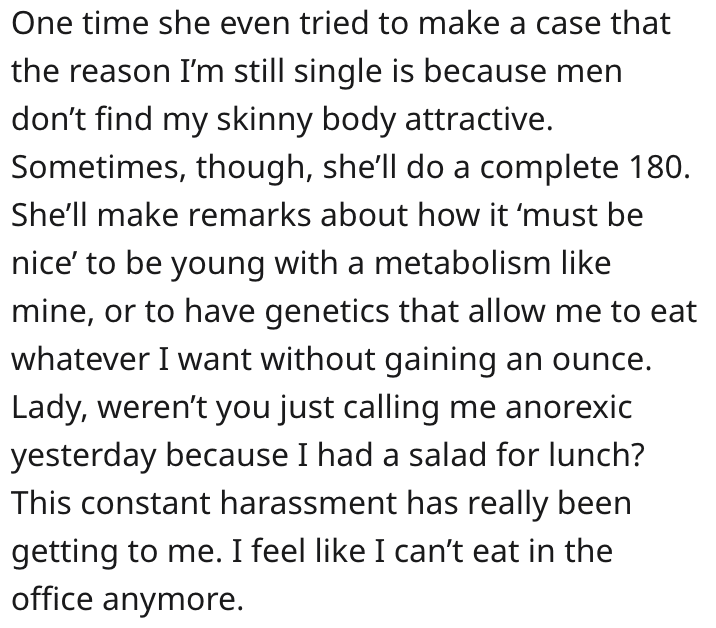 She had tried every method she could think of to get the coworker to stop.

She finally snapped at her coworker after hearing another comment.

However, she was told by her other coworker that she was wrong for doing so and it really hurt Diane’s feelings. 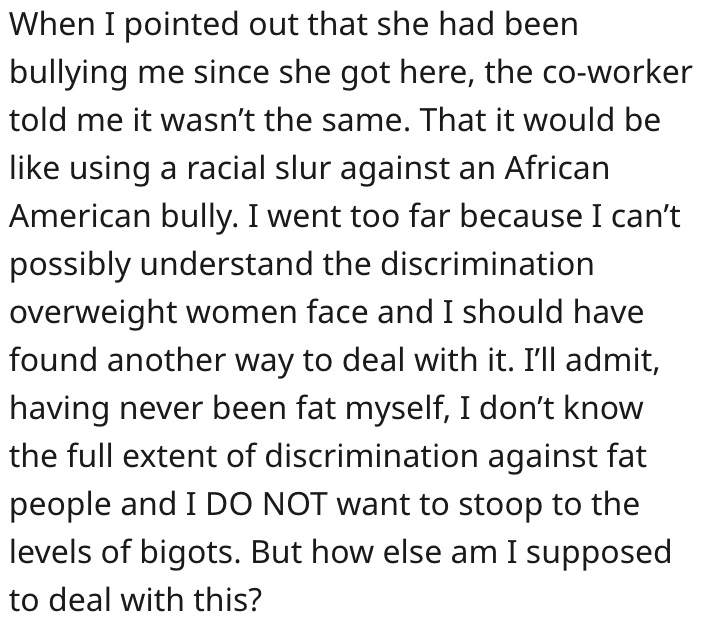 In my opinion, two wrongs do not make a right but the woman was left with no choice here. She tried everything she could to deal with the matter in a civil manner but Diane just wouldn’t stop. So it was time to give her a taste of her own medicine. Diane is the only person to blame here. The woman did not do anything wrong. 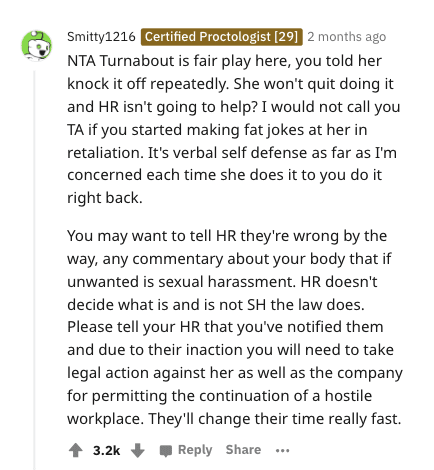 People supported the woman and assured her that she did the right thing. 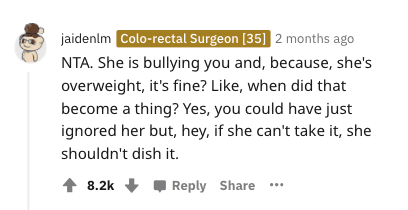 Diane asked for it by constantly making remarks. 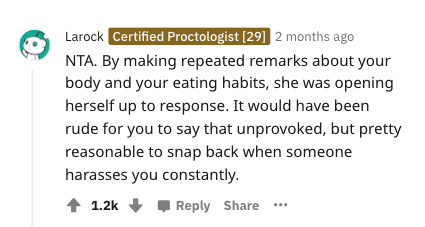 Who do you think is in the wrong here? Should the woman have responded this way or were there other ways to deal with this? Let us know your opinions in the comments below.