Acting like a child with your partner is okay as long as it’s just a joke.

Or if both of those people have consented to the behaviour, there is absolutely nothing wrong with it. However, if someone is clearly repulsed by this behaviour, you need to stop it as soon as possible. The Internet has started a lot of new trends and some of them include the meme culture of saying “doggo” “pupper” and “chicky nuggies.” And like I said before, all this is fine as long as it is a joke and you don’t cross your limits. But people just don’t know when to stop.

This woman shared her story on Reddit recently, and it is absolutely cringe-worthy. Her husband has developed a new habit of talking like a baby. It was funny at first, but then it escalated quite fast. She clearly asked him to stop but he didn’t. Read the whole story down below:

She explained some of the terms he had started using. He even began using this during intimate moments. 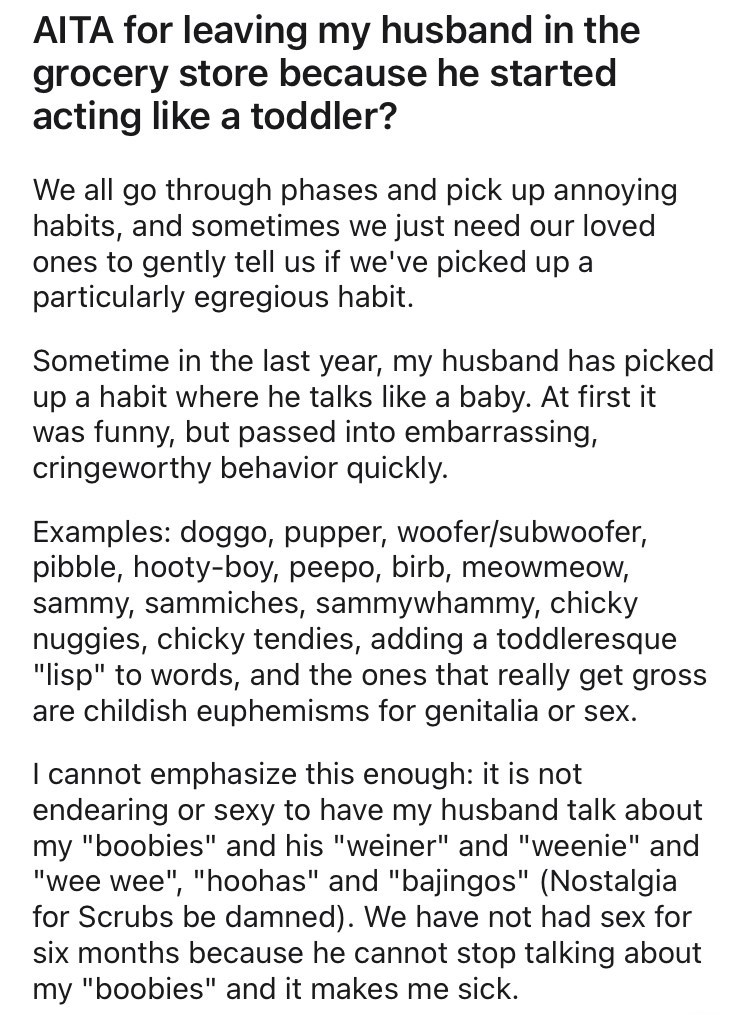 He started doing this in public as well and embarrassed her a little too much one day. 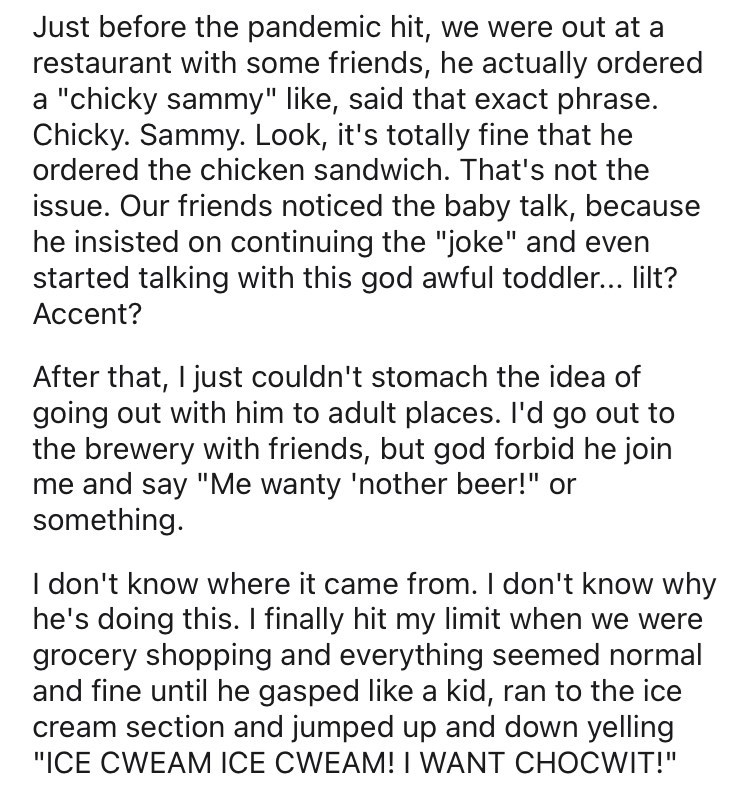 The woman was furious and asked him to stop, but he didn’t. So she left him there. 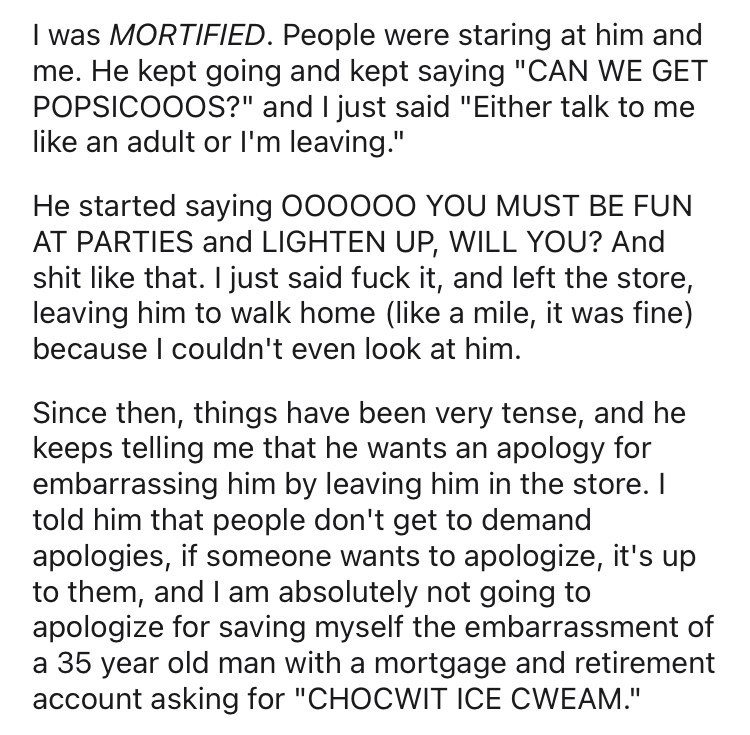 He even got his mom involved, which is even more childish. 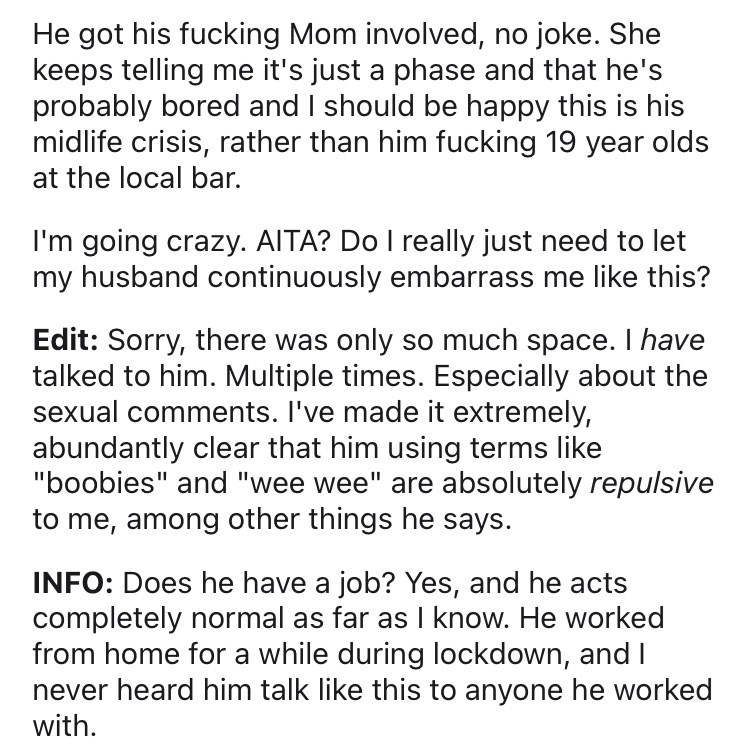 The woman answered some common questions that people asked her. 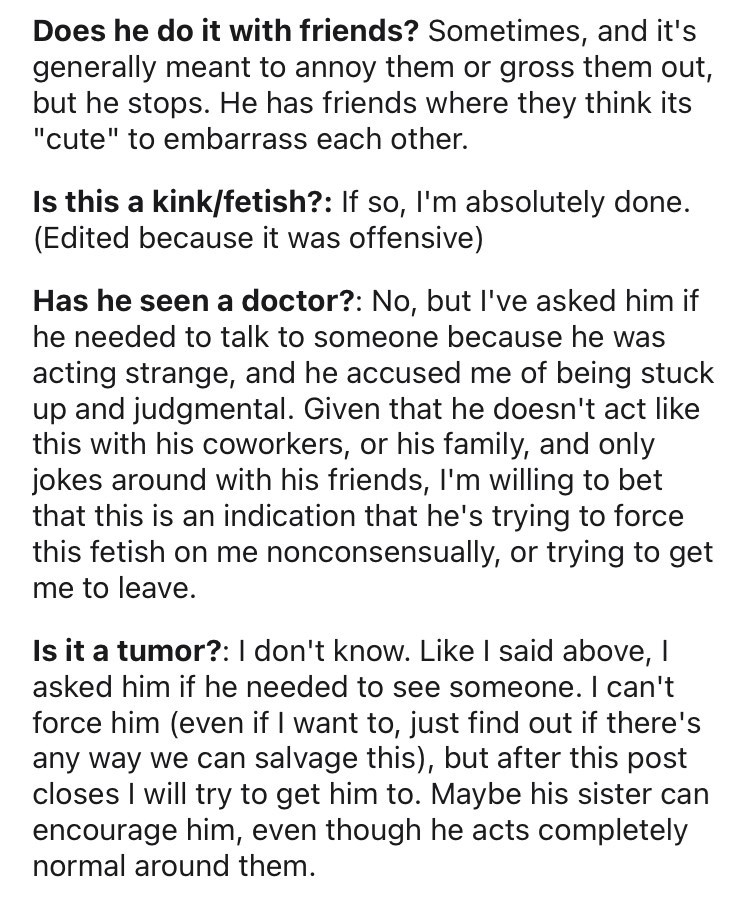 The woman doesn’t deserve to be made fun of because of this post. 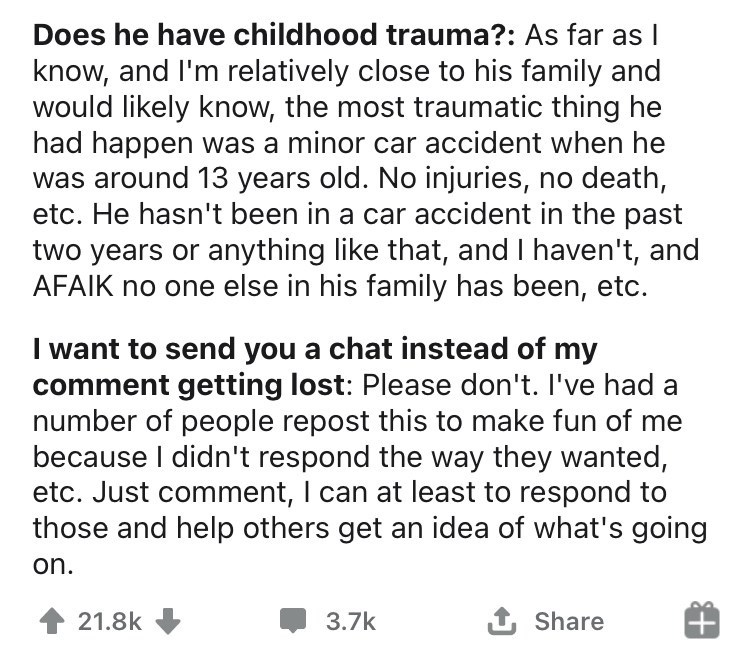 As far as I can tell, there could be two possibilities in this situation. Either the man really needs some professional psychiatric help, or he is just doing this to annoy his partner enough that she would leave. 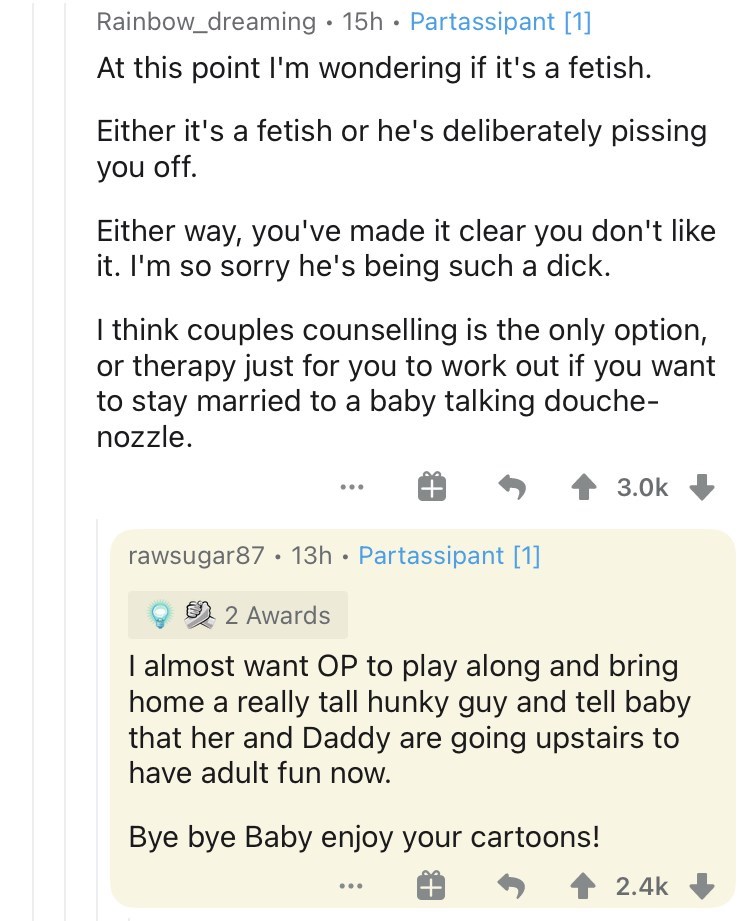 A lot of people were concerned about his mental health.

The words he uses are not concerning, but him not stopping in public is not normal.

His mother was defending his behaviour, which is disgusting. 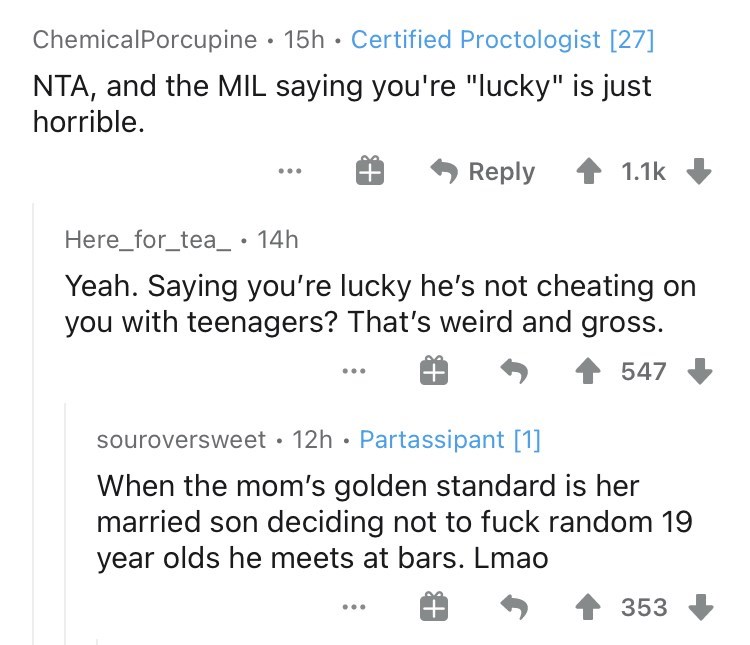 It is fine as long as it is consensual. 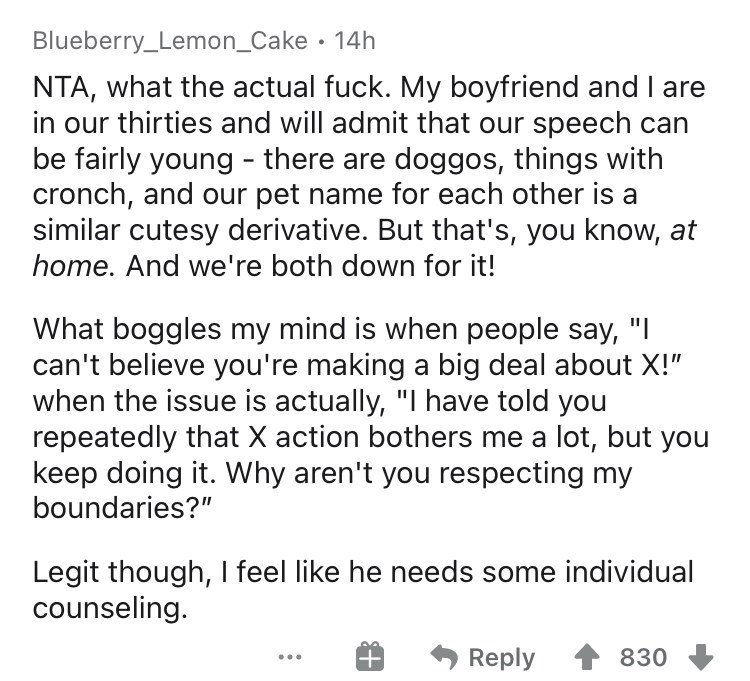 Send the baby to his mommy. 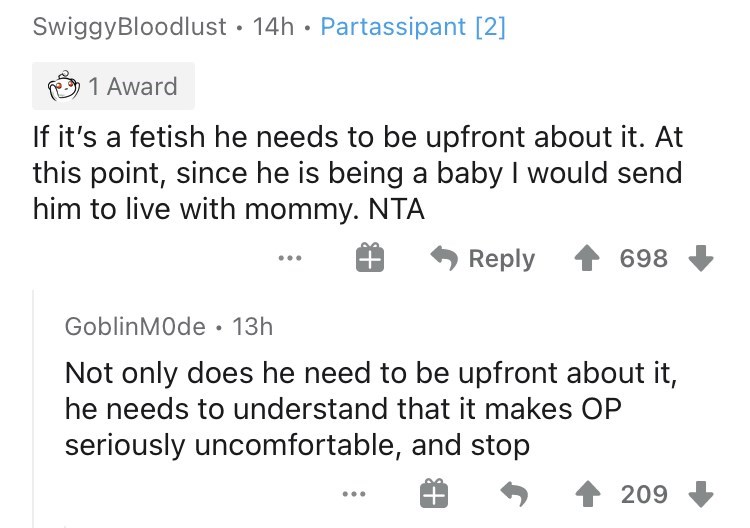 The woman answered people’s questions in the comments too. 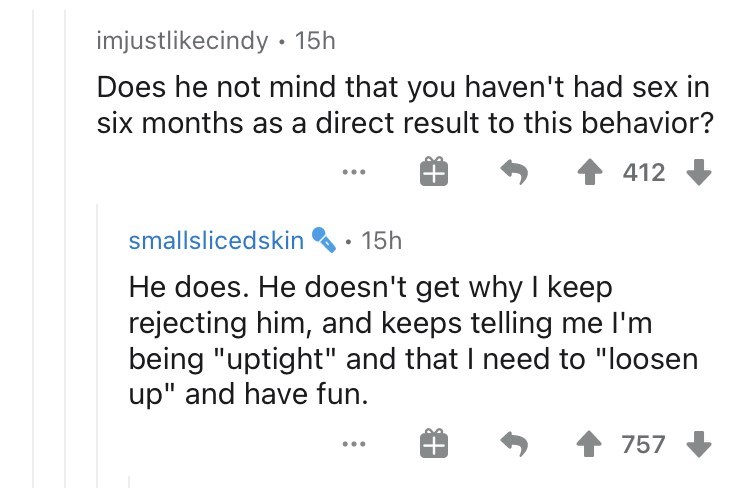 He would never do that at work.

People wanted to know about his activity on the Internet. 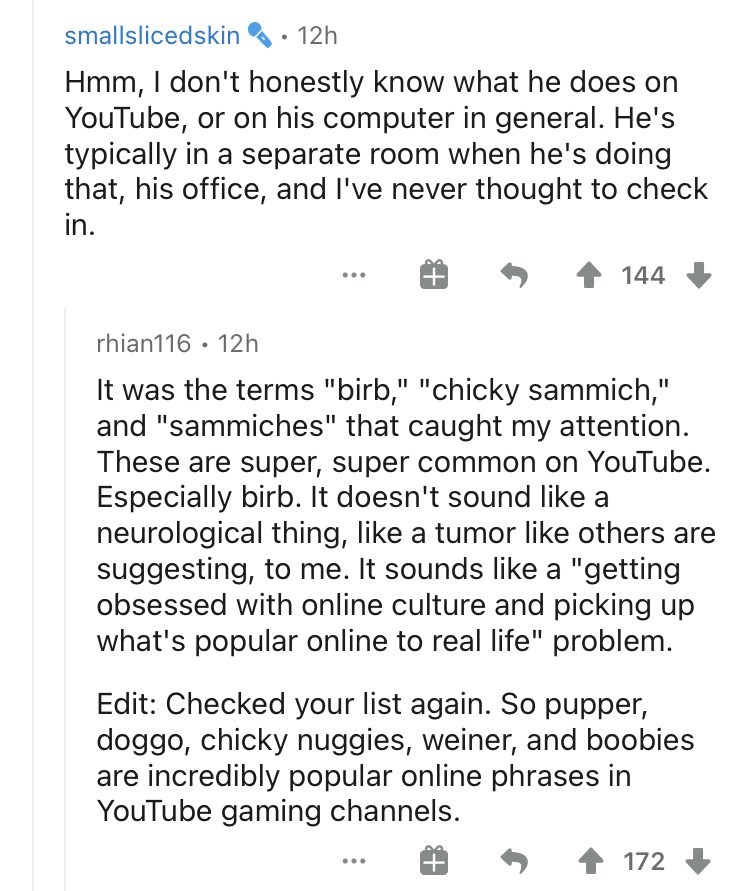 Baby talk is for babies! 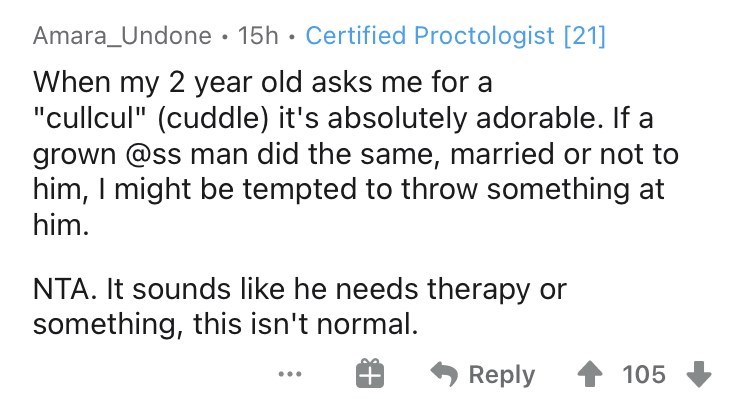 Do you think the woman did the right thing? Let us know your thoughts in the comments below!