A Goofy Movie should be hailed as a classic. 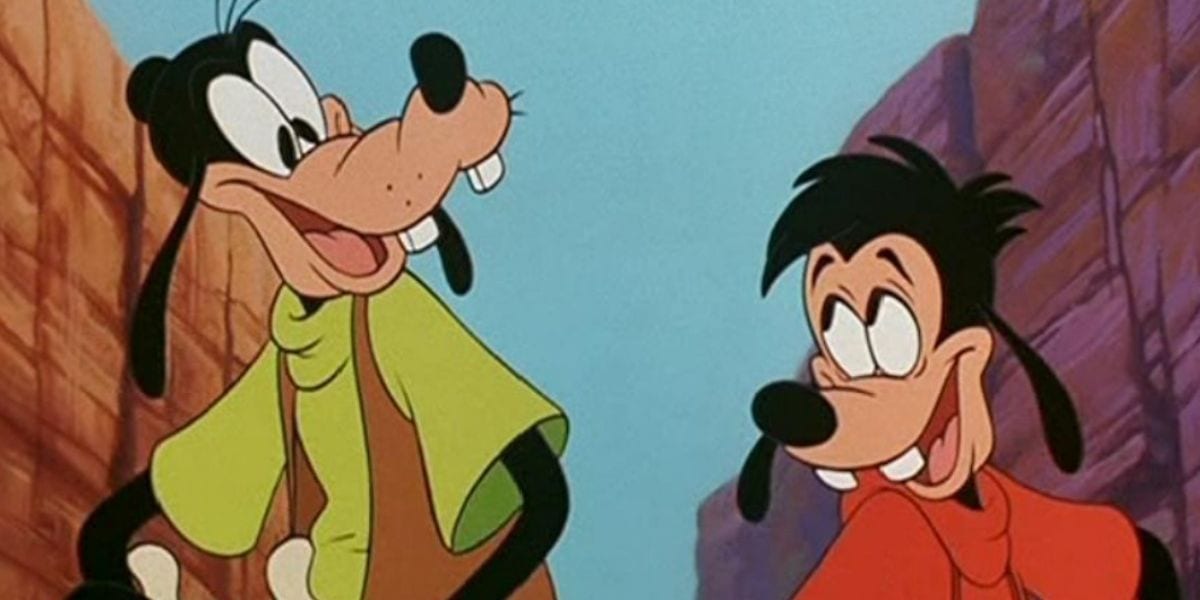 Despite goofy being in the name, the film is not at all like that. And it should be on the same level as ‘The Little Mermaid’ or even ‘The Lion King.’ I know, how can I even say that? Well, it’s true. Despite the movie not being as popular as Disney’s other movies, it was a well-crafted piece that deserved more attention.

Perhaps the reason for the lack of attention was Goofy was just a side character Mickey Mouse and Donald Duck or people just didn’t want ‘A Goofy Movie’ at the time. However, more than 25 years have passed and I am here to tell you that it is still a great movie that even adults will like.

Despite being a movie for children, it portrays a teenage relationship quite perfectly. 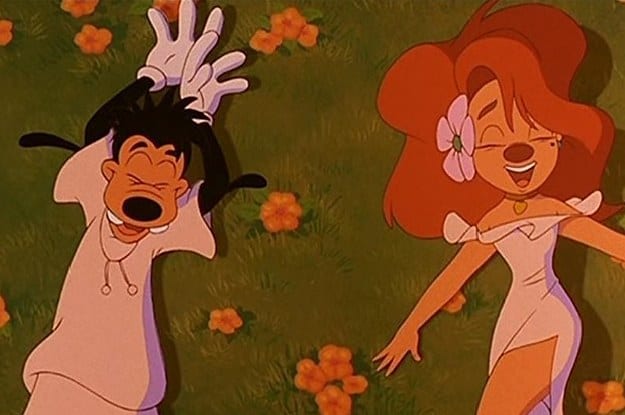 I am well aware Max and Roxanne aren’t in a relationship but their whole dynamic is portrayed with the awkwardness and cuteness that it deserves. While Max wants to come off as cool so he can impress his crush, at the end of the day he realizes he is who he is. And despite lying to her at first, he comes clean and she forgives him.

Portraying Goofy as a father was an ingenious idea. We have all had moments where we just wanted to melt into a puddle because our parents kept embarrassing us. I am sure most people can relate to that. And the whole movie is just about that. How the Father is coming to terms that his son is growing. And max accepting his father’s goofiness from time to time.

This is what the voice of Goofy had to say about that.

Goofy’s always been a fantastically popular character but putting him in the role of a caring father and the relationship between he and Max, it relates to a lot of people. I mean, I certainly thought my dad was Goofy from time to time and I think my son thinks that I’m goofy in more ways than one.

And now its been long enough I think fathers are showing their sons this movie and they’re bonding over it. A lot of people tell me ‘Oh, I couldn’t talk to my dad ‘til I saw this movie and now it’s our movie to get together and watch together and it brings families together and that’s kinda’ a cool thing.

Farmer (the voice of Goofy) appreciates how this movie has helped people in a way. 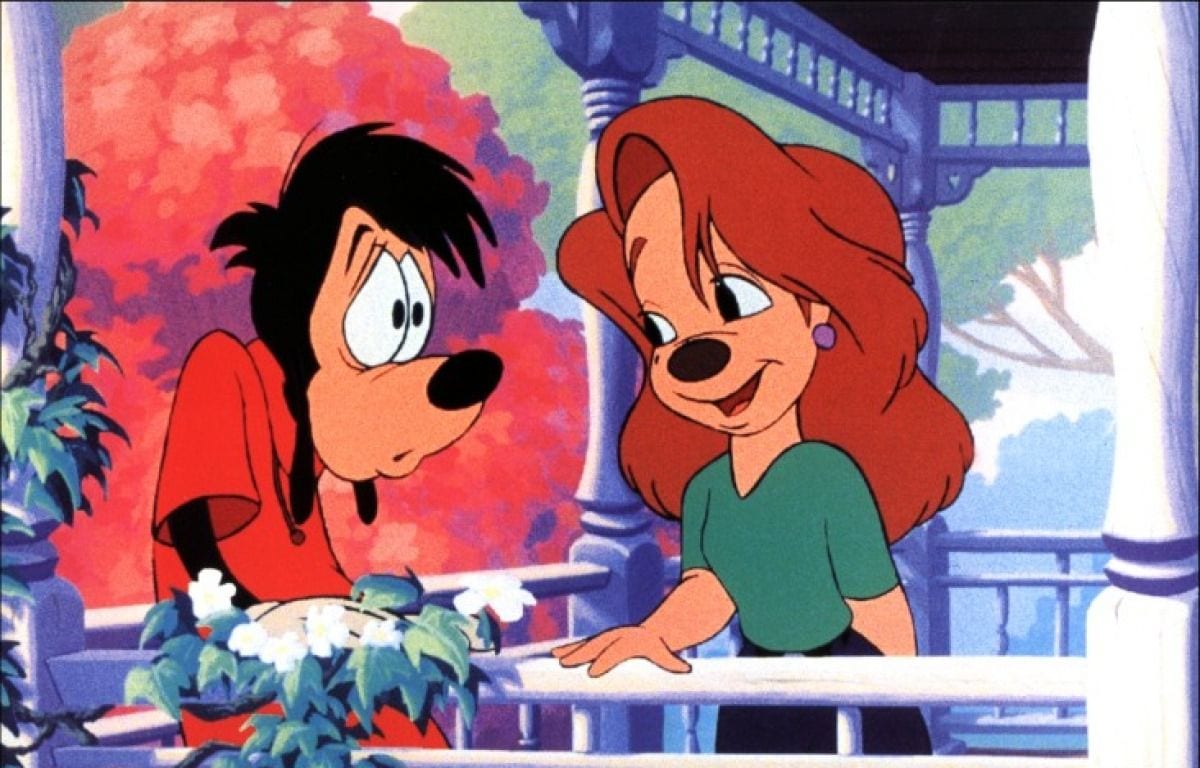 First of all it was a theatrical release, I got to see it in a theater with all sorts of fans and got to hear their reactions to my acting on the screen. And seeing the way that people react to it was a big highlight for me. And also we got to add some emotions and characteristics to Goofy’s character that we’d never had to do before.

He’d never had to be a nurturing father, he’d never had to show pain and suffering and worrying about Max and all these other emotions that we’d never actually explored before that. So it was a unique challenge and very rewarding and I’m so glad that the movie has gotten more popular over the years.

And let’s not forget the awesome music numbers. 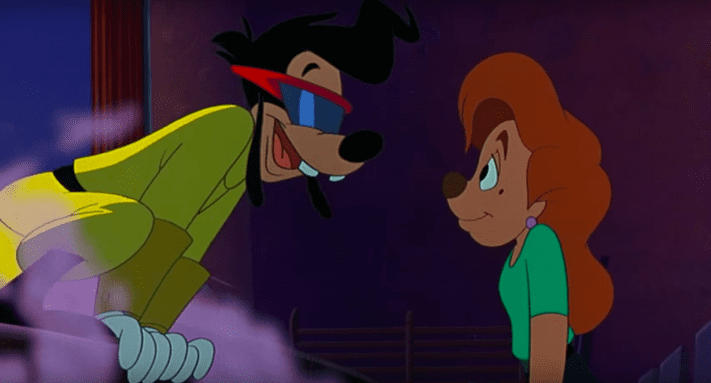 One thing a Disney movie is known for is the music. And let’s just say this movie did not let us down. The opening number called “After Today”(performed by Idina Menzel’s fiance, Aaron Lohr) stole our hearts, and “On the Open Road” made us want to go on a road trip. And no we didn’t forget “Nobody Else But You” that the father-son duo sing. All in all the songs in this movie are still a ditty.

A person encapsulates the movie perfectly.

When I grew up I watched A Goofy Movie ritually, and it never ceased to entertain me. This is a great children’s film and can still relate to today’s kids. The humor is enjoyable, the characters are lovable. The music is definitely bearable, whereas with most musical animated films the songs can really grate on the nerves.

Perhaps it’s just because I practically was raised on this film that I enjoy it so much, but I have given it to my little brother and he loves it as well. It’s a great experience for any kid and shouldn’t be missed. It’s even a little fun for adults, and I am not ashamed to say I still enjoy it as well.

So what are you waiting for? If you haven’t watched the movie, go on and watch it! I promise you won’t be disappointed. And if you have watched it why not watch it again? Don’t forget to let us know your thoughts on the movies in the comments below.