Who’s up for an adorable and overwhelming story of a kitten who got adopted?

It is a huge blessing to have a little furry partner in our lives. Whenever we meet a kitten, we simply can’t help resisting its cuteness! You just want to hug this little furry animal and keep kissing and hugging it until you want to take it home. Some of us are fortunate enough to witness the birth and development of a kitten from the first crying to the first opening of its eyes. However, if you haven’t experienced it yet, that’s okay, because you can always adopt a kitten and give it a new home. Whenever you plan to buy a furry friend for yourself, you should not buy it, but rather adopt one because you will give this poor animal a new life. There is absolutely nothing we can say to describe that feeling. Or the feeling of being greeted by your little furry companion when you come back home from work after a tiring day! It’s truly one of the most beautiful sights to witness! Some people are really blessed!

In today’s menu of tearjerkers, we have a heartbreaking comic to share! A Brazilian artist who goes by the name of Ademar Vieira surely has a great gift to play with the emotions of people through his illustrations! In his latest comics, he decided to share and depict the true story of when he ended up adopting a kitten even though he didn’t intend to. The story is called “Wild Cat” and it depicts how special our furry little companions can be and how the animal rescued a human instead of the human rescuing an animal! Before we get to the comics, let’s give you a little overview of the story!

“When I lived alone, one day a kitten appeared at the door of my apartment. I started to feed her, but I didn’t want to adopt her,” Vieira explained. “I was waiting for one of the neighbors to adopt her, but that didn’t happen. Every time I got home, she was in the front, waiting for a little milk and a cuddle. Until one day, I arrived and she was not in her usual place. Several days went by without seeing her,” he said. “I was afraid that something terrible had happened to her, so when she reappeared, I adopted her. It was a relief and a joy.”

Ademar says he never thought he would own a cat. “When I was younger, I just couldn’t imagine having a cat as a pet,” he explained. 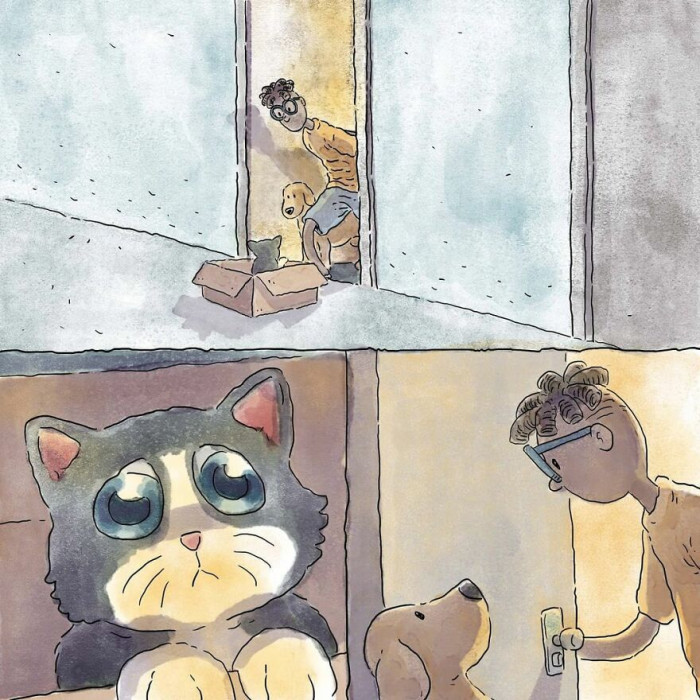 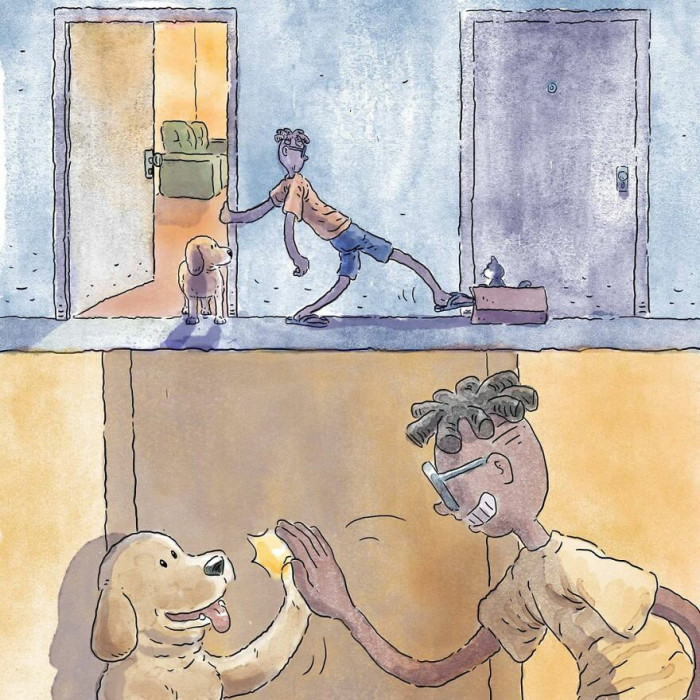 While Ademar was taking a walk along with his pup, he saw the same cat in the junkyard… as if the kitten was trying to seek help. 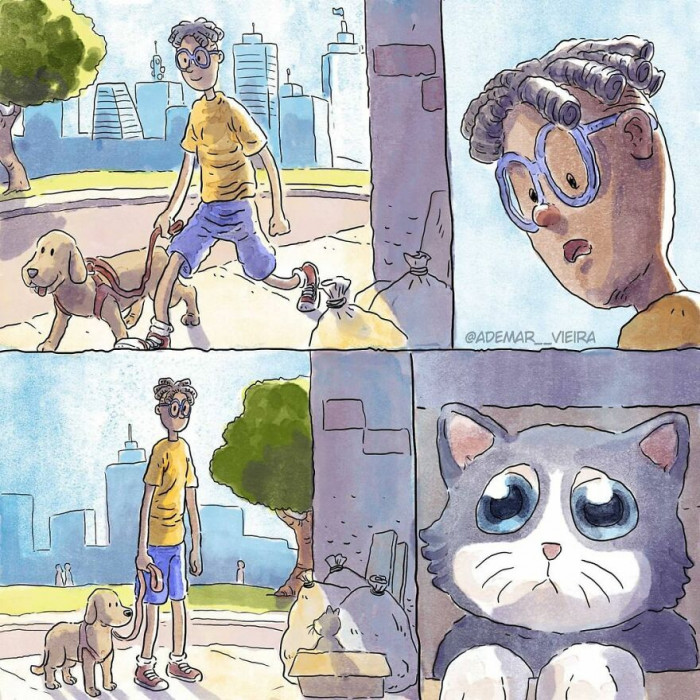 So, he finally decided to bring the adorable little kitten to his home and feed her! 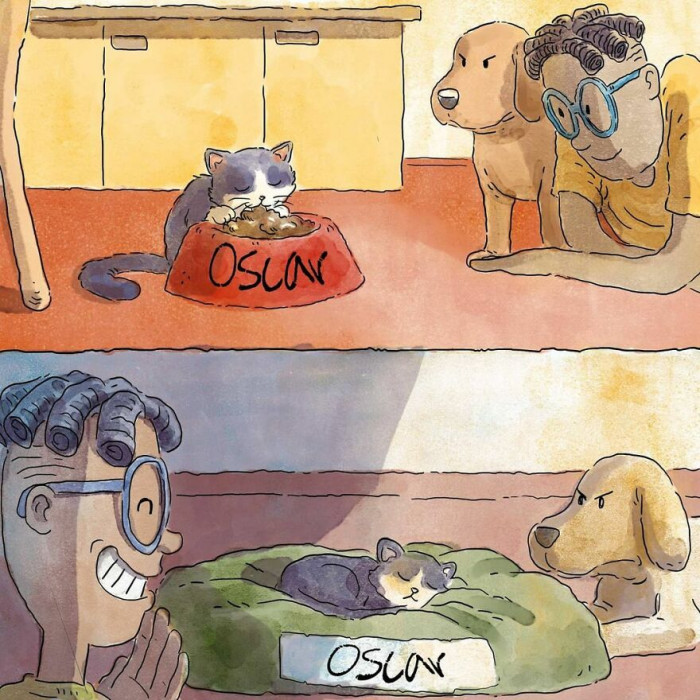 “I was living alone and thought that my lifestyle would not allow me to have a cat. Turns out that she chose me anyway.” 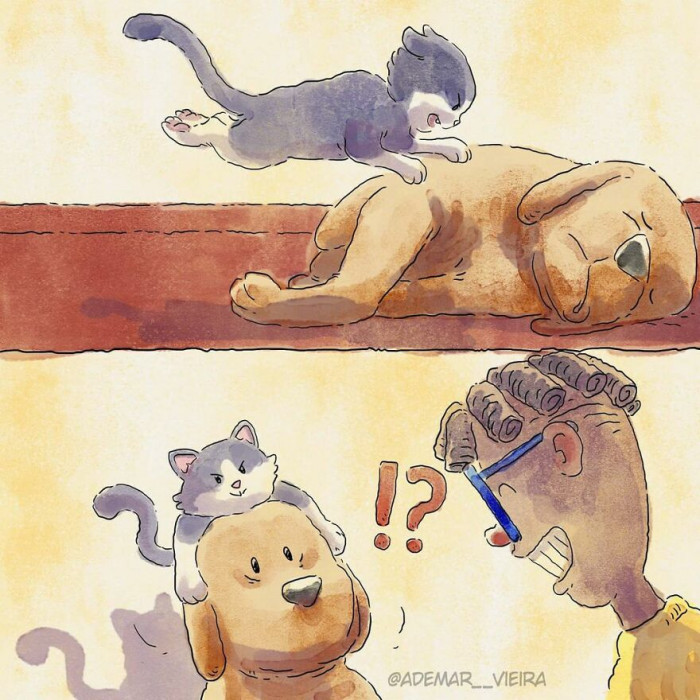 Ademar enjoyed every bit of it. “We played a lot and I had fun watching how she used the spaces in the house and tried to have fun alone,” he said. 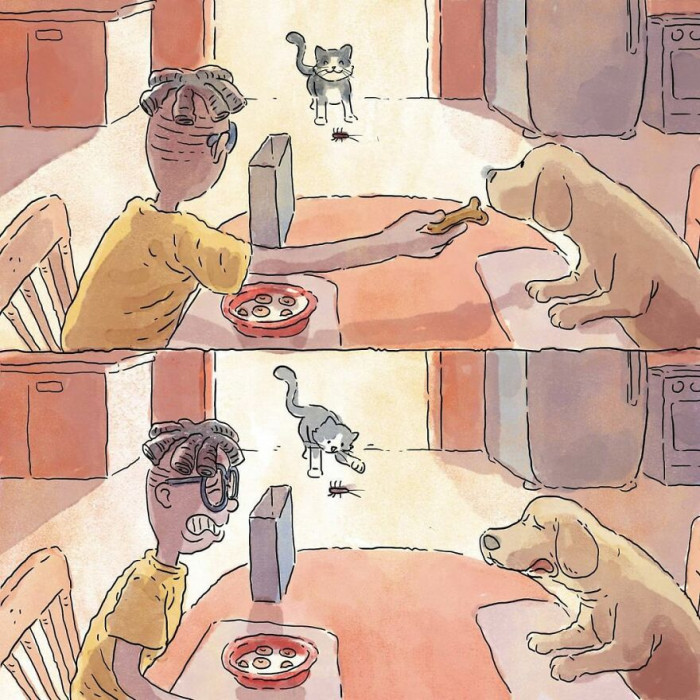 Ademar explained how the kitten is a part of his little family now. “Over time, I realized how much I cared about her as if she was a member of the family.”

“‘Gata-fera,’ which can be translated into English as ‘Wild Cat,’ has a very strong personality. She only receives affection when she wants to and she’s able to bite or scratch anyone who tries to cuddle her when she doesn’t want to be cuddled,” Vieira explained about the special kitten that inspired the comic.

Cat being a cat. 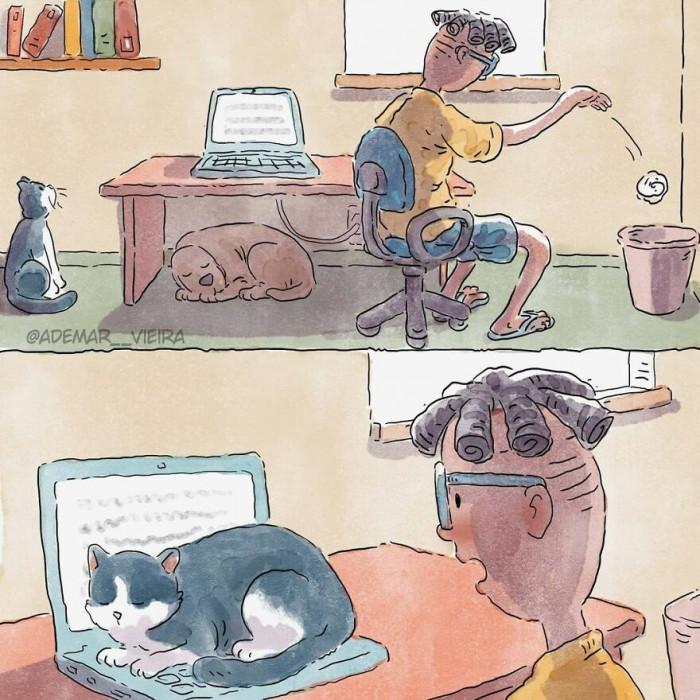 “What makes you think I would want to play with this, hooman?” 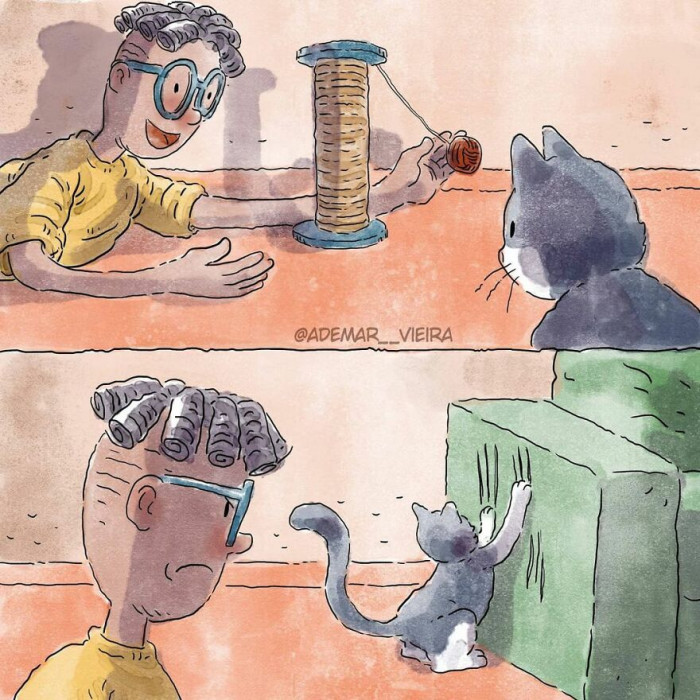 “She spends most of her time looking for unusual places to sleep and she loves to hunt and chase the dogs in the house. On the other hand, she can also be very sweet when she wants to.” 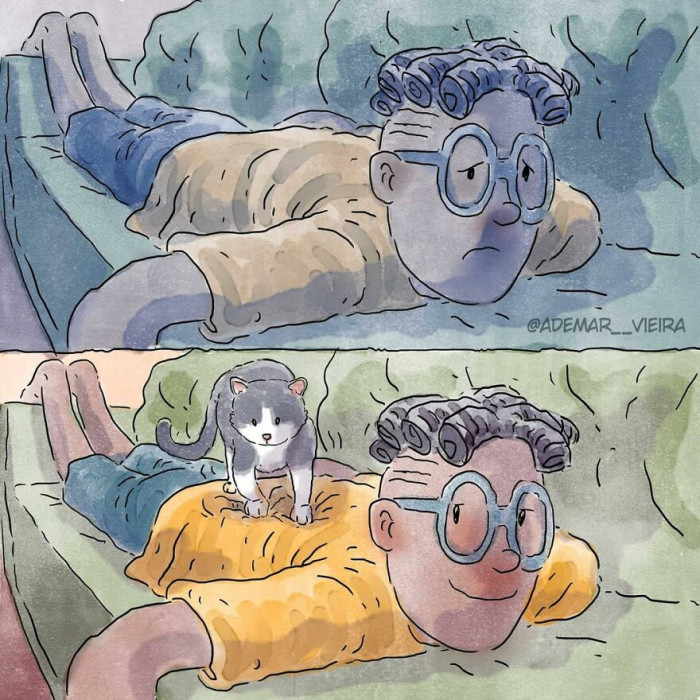 What an adorable sight! 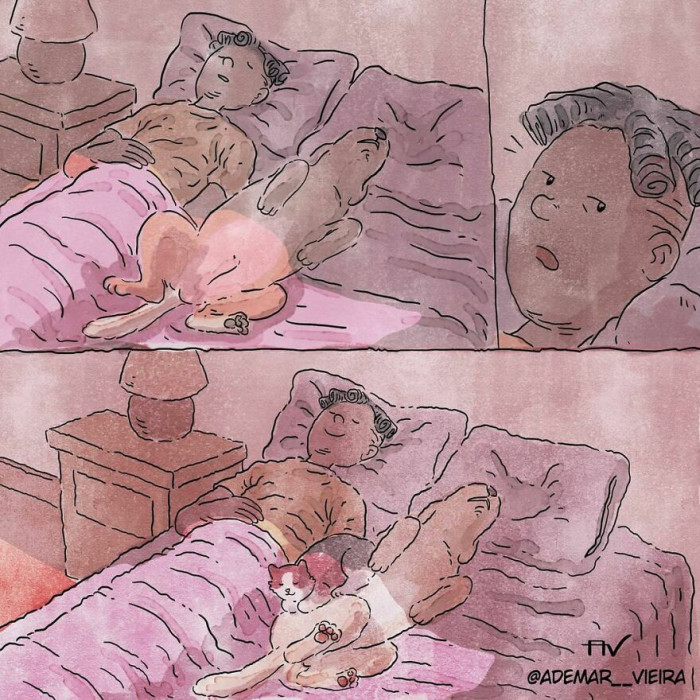 “We rescue them at that moment, but they end up rescuing us every day.”

As we have reached the end of this post, we hope that this comic will inspire you to adopt a furry companion and give it a new life because they deserve every bit of it. However, if you have already adopted or rescued one, we would love to hear the story and your experiences! Feel free to use the comments section below.