There is nothing wrong with caring for someone else’s child.

As long as you have a line that you would not cross, every child can benefit from more caring adults in their life. However, calling that child your own not only confuses the kid but is also quite untowards when it comes to the actual parents. Just to make it clear, I am not saying this about foster and adoptive parents, I am only talking about babysitters or aunts and such who sometimes get way too forceful when it comes to their ‘love’.

That is exactly what happened in this story. Developing love for a child that you are babysitting isn’t wrong. After all, it only makes you take care of that kid that much better but essentially shouting at the kid to call you their parent is just abhorrent behavior. And then guilt-tripping the parent just because you don’t have kids of your own is wrong on so many levels. All I can say is this story is a doozy so get ready.

Scroll below to see for yourself.

The title says it all. However, we do get a bit more detail as to what actually happened.

Because, at first, it seemed like an ideal situation. 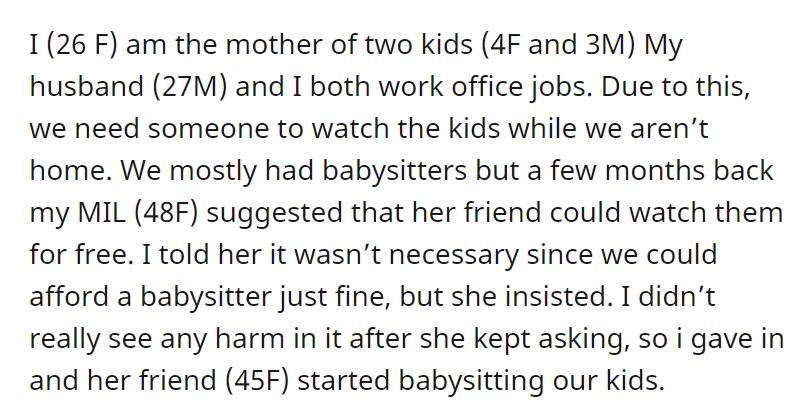 Not only were they getting free babysitting but the woman also seemed very caring.

However, things quickly went downhill when she started telling the kids that she was their actual mother.

The parents were quick to hire another babysitter and told everything to the mother-in-law.

Although rather than taking their side, the mother-in-law was adamant in supporting her friend and her behavior.

I understand being upset when you don’t have your own children but that is not an excuse for such behavior. 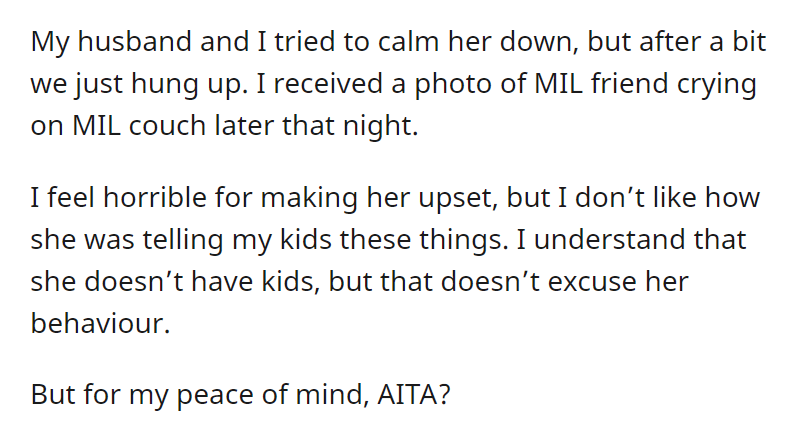 I don’t understand what was going through this woman’s mind when she essentially was manipulative towards the children and was trying to confuse them. How is this fair to their actual parents? Even if you don’t have children doesn’t mean you can ‘steal’ other people’s kids. But apparently, this woman thought she was in the right and even had the audacity to send them a crying picture afterward. This is manipulation 101. And it might be a good thing that she doesn’t have kids judging by her behavior even though that statement is awful.

People in the comments seemed quite worried, especially because of the mother-in-law. 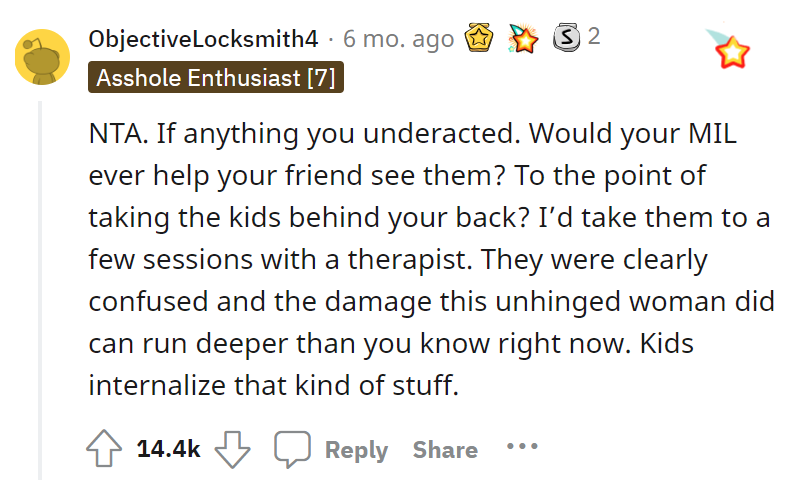 And most if not everyone in the comment section was on the side of the actual parents. 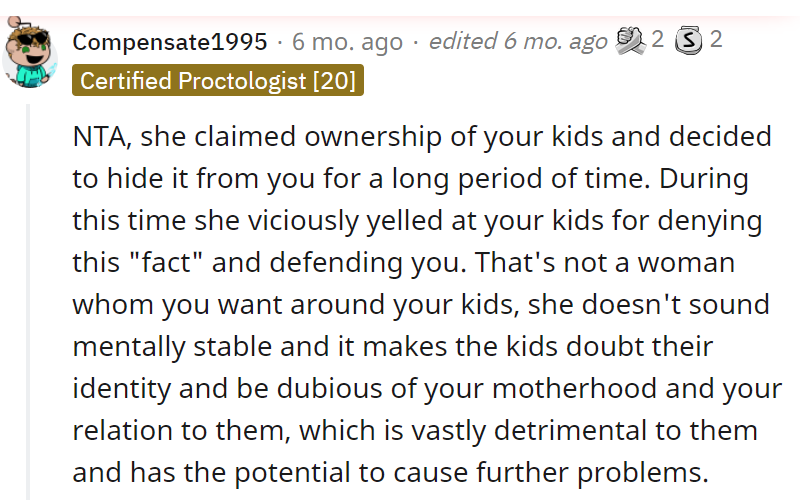 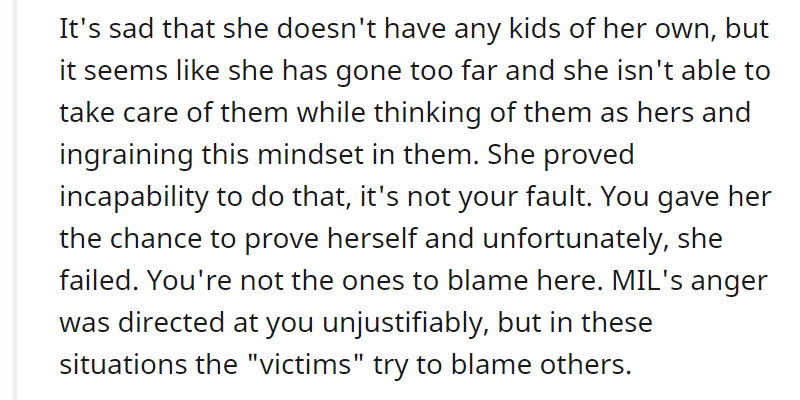 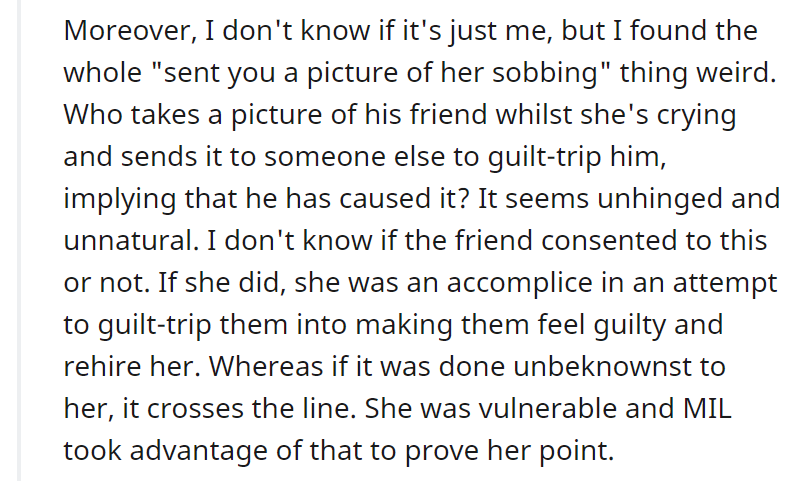 Other people also shared their own experiences and in what situation it is okay to call someone your own baby. 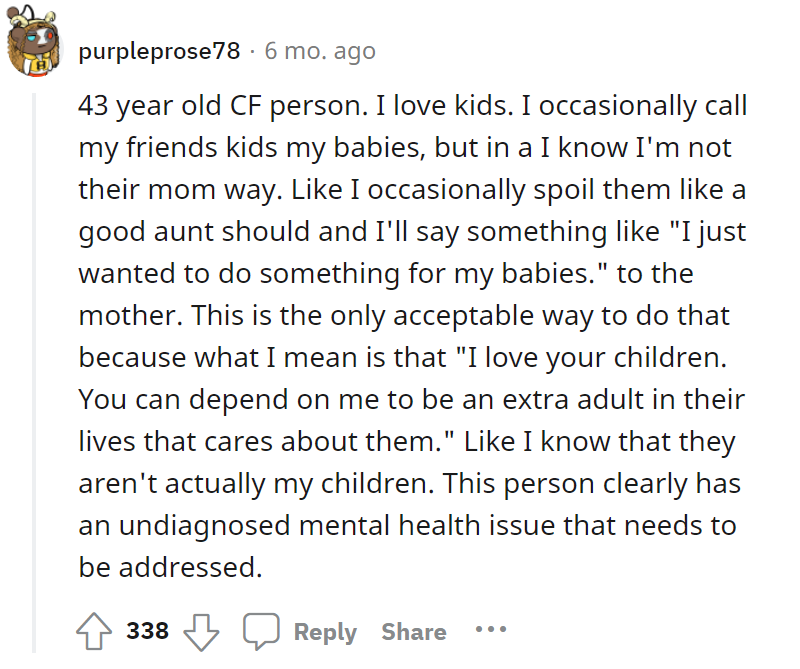 Many people love kids but most people do have a motive for everything. Humans are inherently selfish after all. 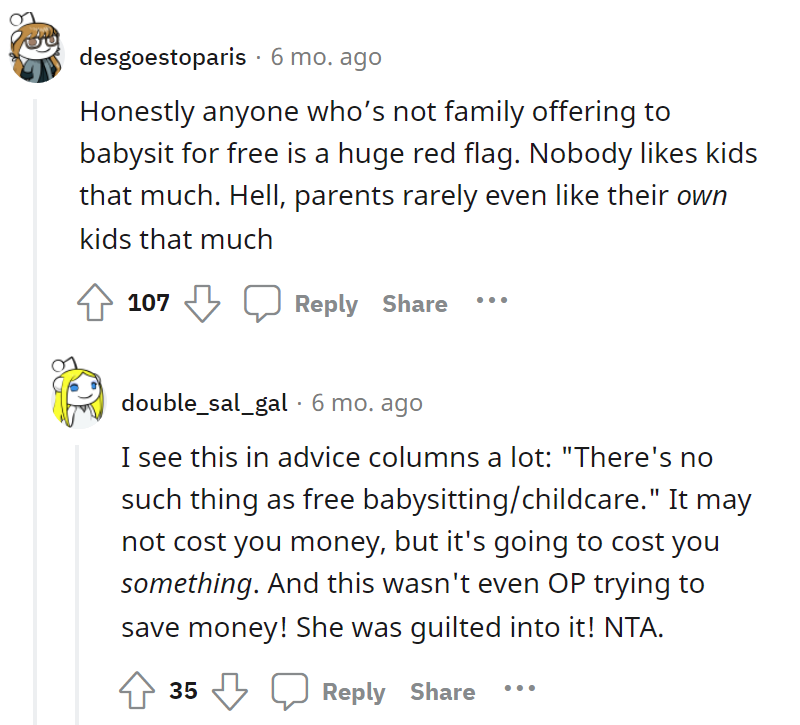 What are your thoughts on this story? What would you do if you were in a similar situation? Would you simply stop that person from ever seeing your child ever again or would you try to talk about their behavior with them to et them straight? Do you think this woman deserved another chance? Comment down below to let us know.