You don’t owe anything towards your siblings.

I know not many people will agree with this statement. But I am not saying you shouldn’t help your family when it counts. However, they don’t have the right to demand whatever they want from you just because they ‘took care of you your whole life’. And they shouldn’t make you feel guilty about it either especially when they are essentially just ripping you off.

If you don’t believe people like this exist, then you haven’t been on the Internet long enough. And what I mean by that is Reddit is filled with such stories where people ask strangers what to do next and whether the action they have already taken is the right one. You can scroll on below and take a look for yourself.

I mean that sounds like a great deal to me. 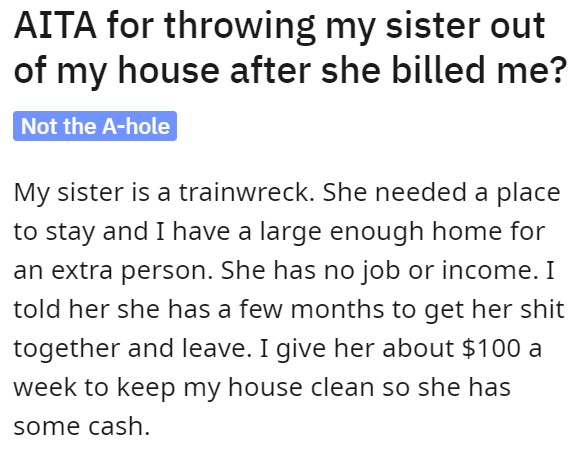 So does she not understand that by this logic she needs to also pay the expenses she is incurring? 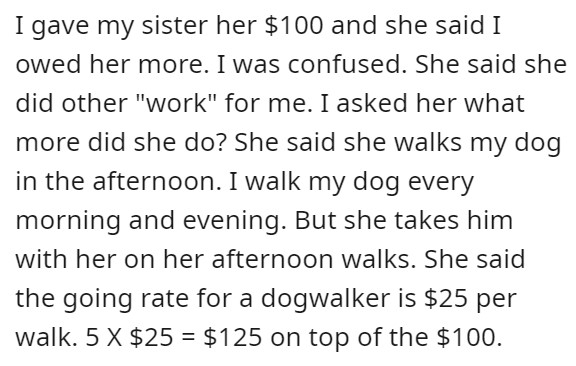 Nobody asked her to do that though, did they? 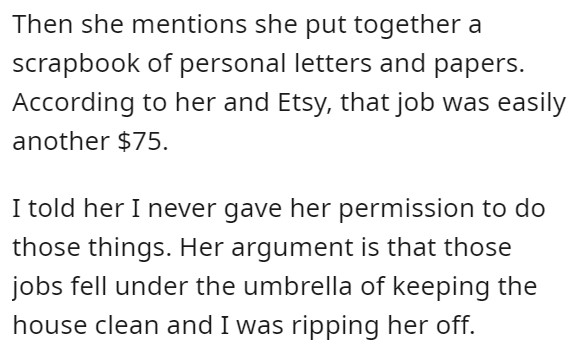 If it’s the way you told it (she really came at you with that much attitude), then NTA. Sounds like she’s got a habit. –IrateAuntie

It may sound harsh to do that to your sister but she did come at her first. 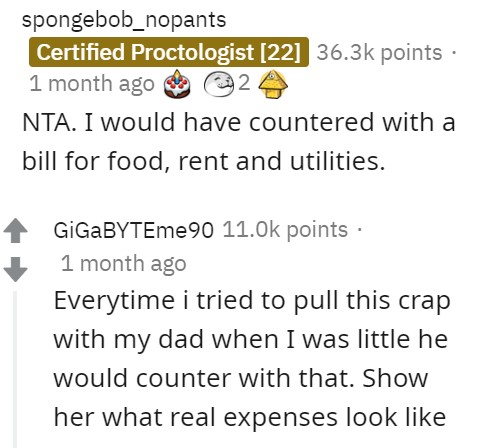 Let her get the taste of her own medicine. 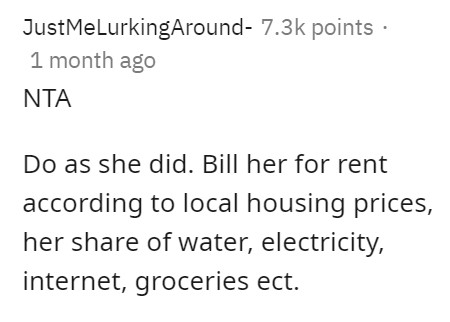 Maybe she would learn her lesson then. 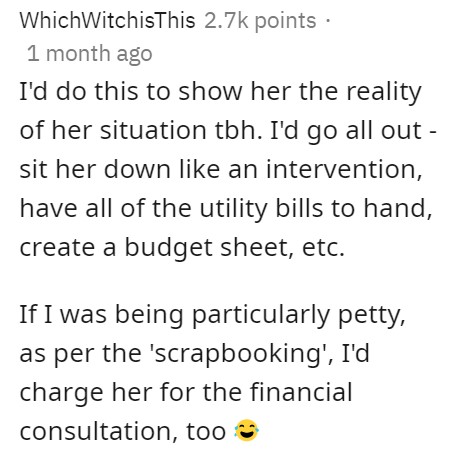 The sister sounds very greedy to me. 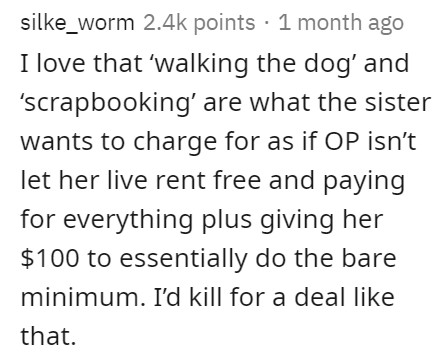 NTA. The ridiculousness of your sister’s ‘arguments’ is astounding.

Firstly I would say if she could make so much walking your dog, why wasn’t she doing that as a decent side gig and getting finances to move out (as she should be)?

You’re practically paying her to live with you and she expects you to give her a raise in ‘allowance’ as if she were your child? Totally ridiculous. –Ristique

If I was ever living with my sibling for free, that is what I would do as well. 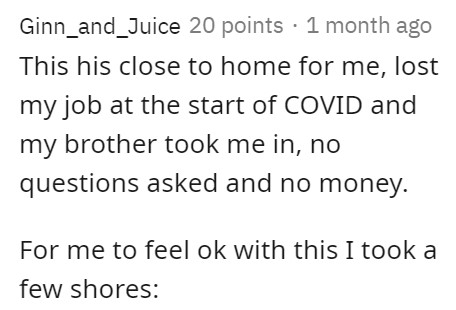 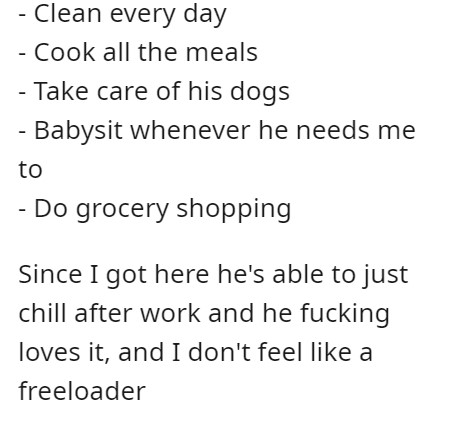 It is sort of expected no? 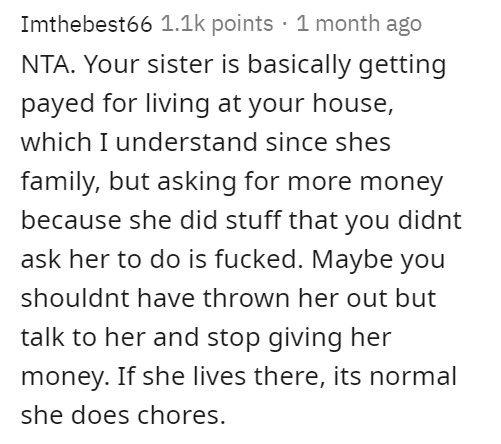 It was all going well but she just had to ask for more. 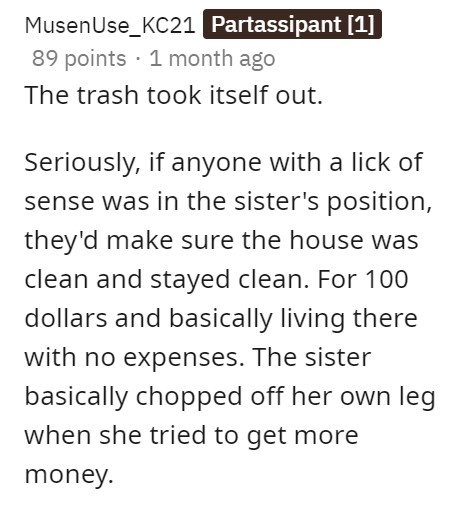 She did it out of her own volition. 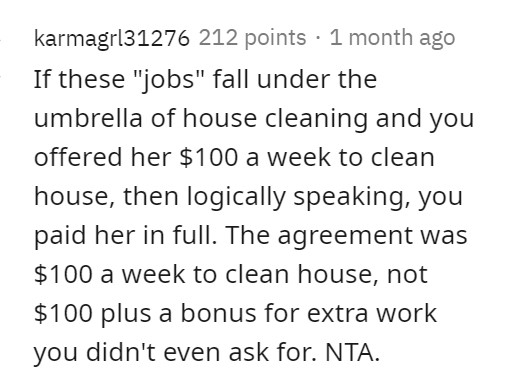 However, some users pointed out that we need more information as to what is happening. 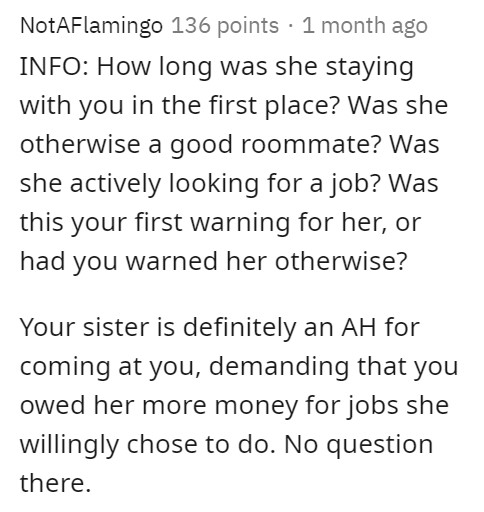 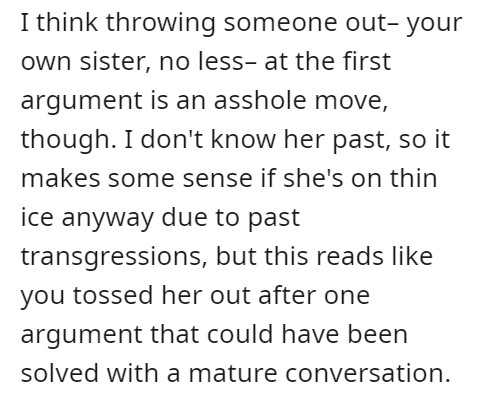 All in all most people in the comments agree that the sister was not in the right in this regard. 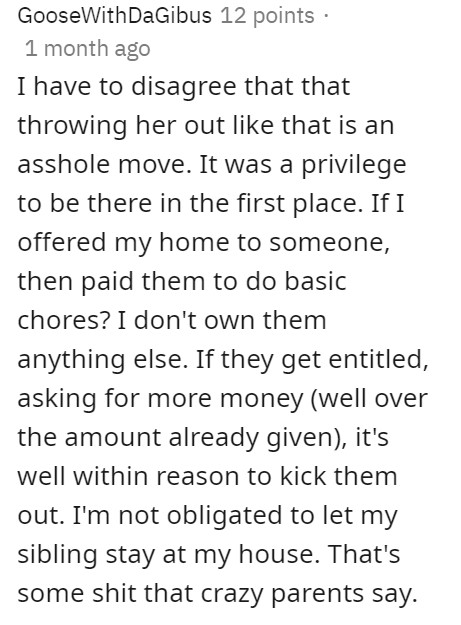 What about you? Do you think throwing her out was a touch too far? Comment down below and let us know.