We all love to party. To celebrate and to lighten up the mood. Don’t we? Whether it’s a formal office party or a wild college party, there are some people who have a zest for life like no others. These people become the star of the party by doing some incredible things. You know, they say one becomes popular either because they have done something incredibly awesome and praiseworthy or something completely ridiculous that no one can stop talking about. This is exactly the case with these crazy party people.

When talking about parties, we cannot refrain from discussing drugs and alcohol as they are one of the main components of a party. Although drugs are optional, they are most commonly used in wild college parties, but sometimes they are also consumed at official/formal parties or glamorous Hollywood parties. As it is said, excess of anything is bad, alcohol and drugs make you lose control of yourself and urge you to do things you would never even think of doing when sober. People get high and drunk and then they do preposterous things that everyone around them witness. Here we have compiled 18 stories that party goers shared about the most absurd things they have witnessed at parties. Scroll down to read. 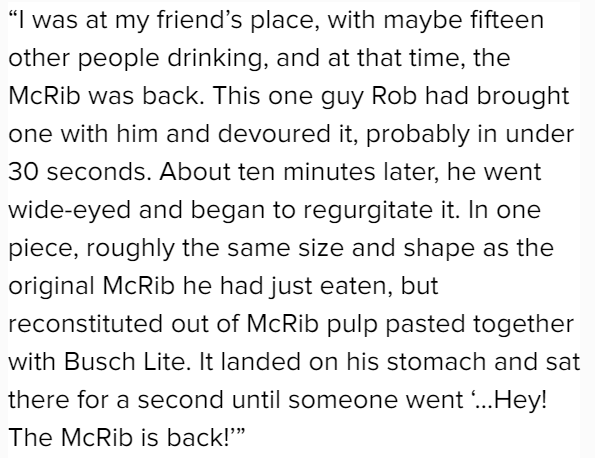 Whoa! That was close. 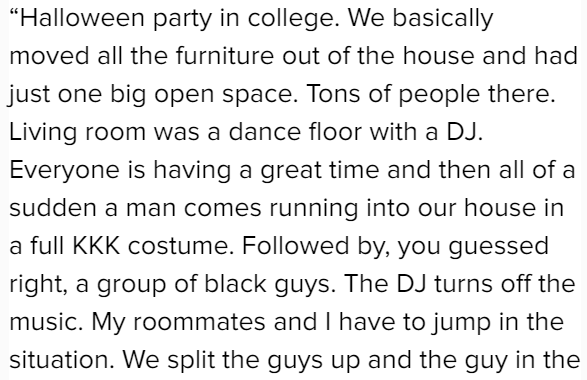 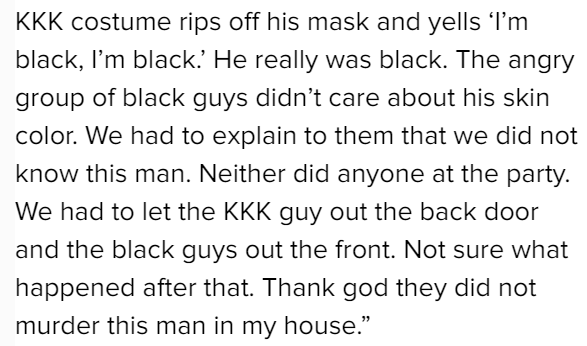 Well, that sounds ridiculous for sure.

People do all kinds of weird stuff when they’re drunk. From making confessions to dancing on tabletops, everything. They become pretty shameless and even go nude sometimes. However, it’s pretty hilarious to see drunk people act absolutely crazy and say things that makes you roll on the floor laughing, but sometimes the “situation” gets kinda out of control. Stuff happens and then party goers witness ridiculous things they won’t ever forget. 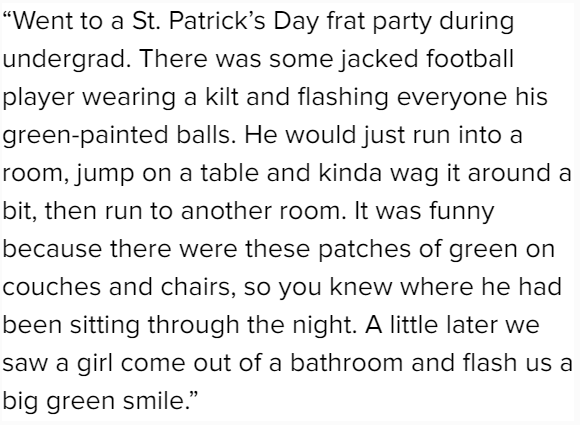 This one is all kinds of wrong.

Crazy drunk man does everything for a joyride. 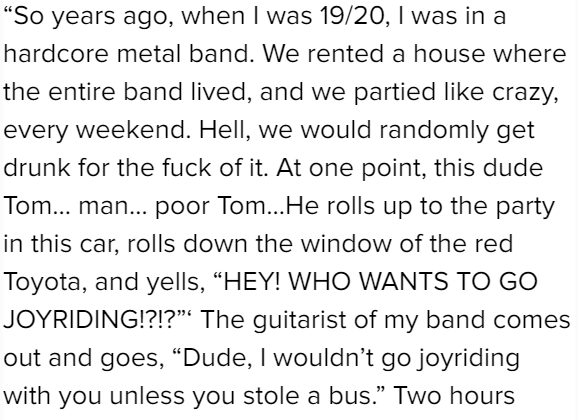 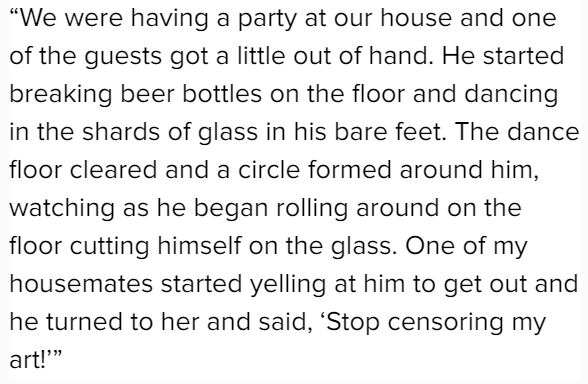 For the love of his car.

Maybe she came in for the bathroom…

Wow! What a robber.

This one was too drunk to use the bathroom… 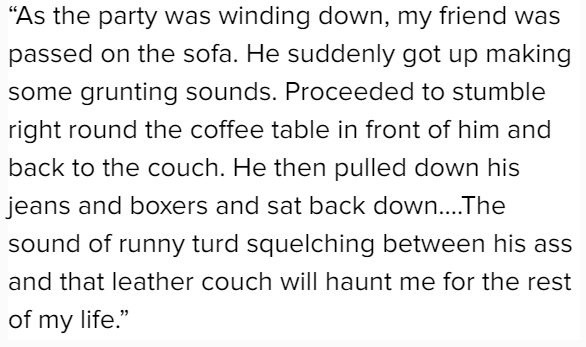 What is wrong with people!? 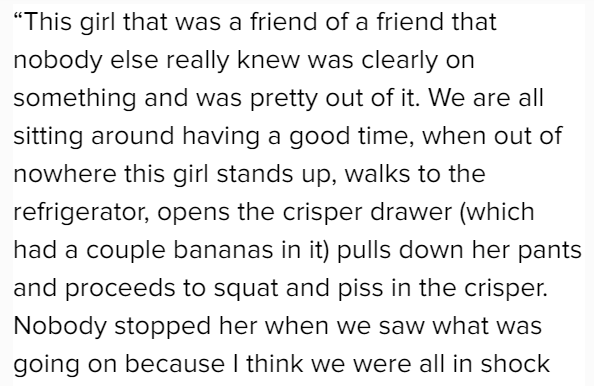 These two got public, trying their best to get private. Pity… 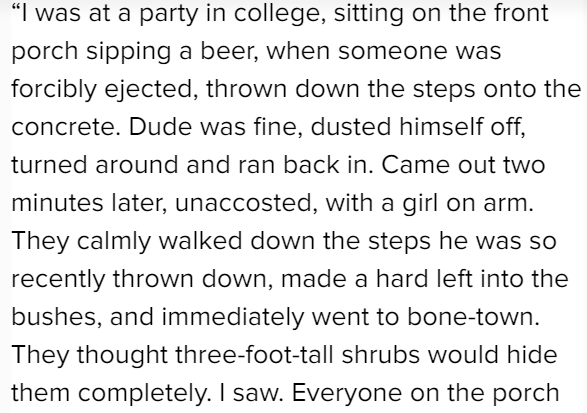 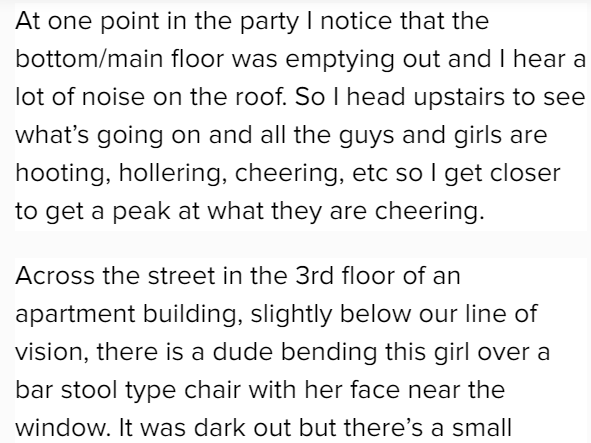 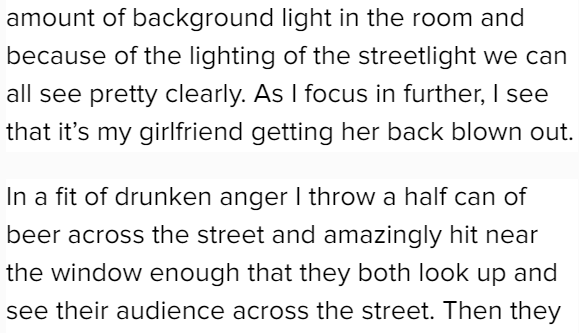 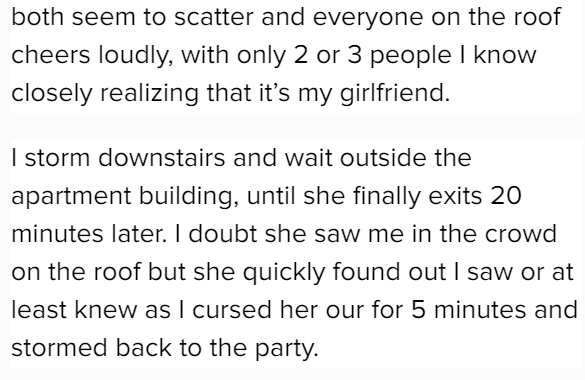 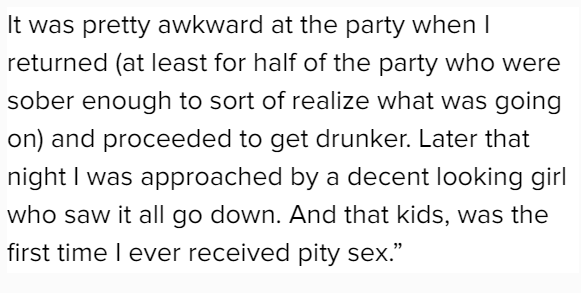 It’s time we move to mars… this earth is no longer a place for us to live.

These stories are extremely disturbing and unsettling at some points. Wondering what’s wrong with people and why they do what they do. Have you ever witnessed something as absurd as these stories? Or perhaps something worse? Let us know in the comments below.