Everyone wants free stuff these days.

I mean I get it who doesn’t like free stuff? if someone was offering me something for free. I would 100% take it in an instant. However, it is basic decency to not ask anything for free from a person who is trying to make a living. Apparently, most people think that any creative person such as an artist, writer, graphic designer e.t.c live off of exposure and don’t need to put food on the table. That’s the only reason I can think of everyone asks us for free commissions in return for ‘exposure’.

The people who do this have lovingly been dubbed as choosing beggars and of course, there is subreddit for people to post their stories. Now, I don’t know about you but I regularly visit the Reddit to check new stories because it is always fun to see how a person gets back at the choking beggar. Well, today we have a story just like that for you.

Read on by scrolling below.

This woman wanted a free portrait done of her ‘daughters’ rabbit.

Why she couldn’t just pay for it rather than being extremely rude, I have no idea. But she got what she deserved by the end.

So the artist has been doing absolutely nothing? She does know people have a life right?

You can’t expect someone to draw you a free portrait in an instant. If I ever asked someone for a free thing (which I would be too embarrassed to do in the first place). But if I ever did I would be extremely kind and would understand if they said no.

And now the usually insults start and let’s not forget the guilt-tripping. 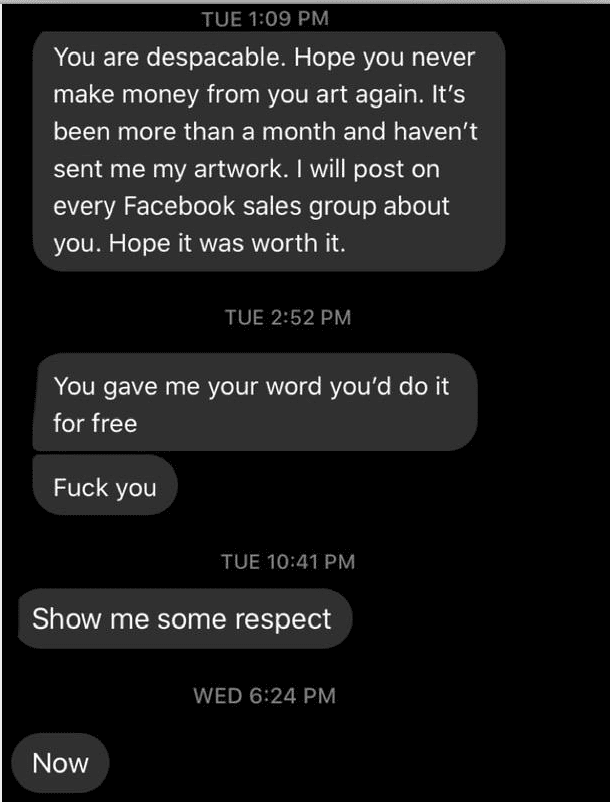 Since she kept hounding him, he finally gave her what she wanted. Technically what she needed.

To be honest, I would hang that up on my living room wall. 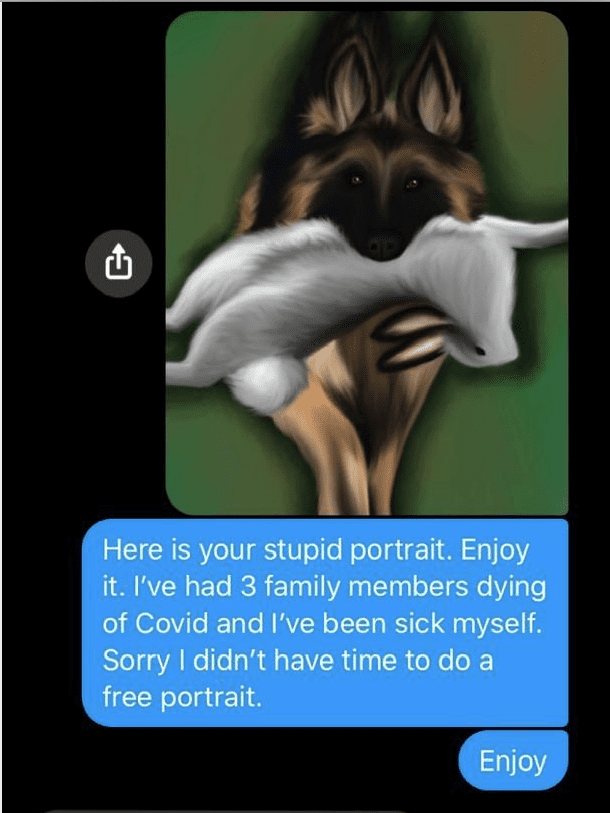 For the record, you don’t seem like a heartless b*tch to me. Maybe a morbid sense of humor, but that entitled asshat can f**k right off. –giraffe111

The artist is the heartless one? Makes sense. 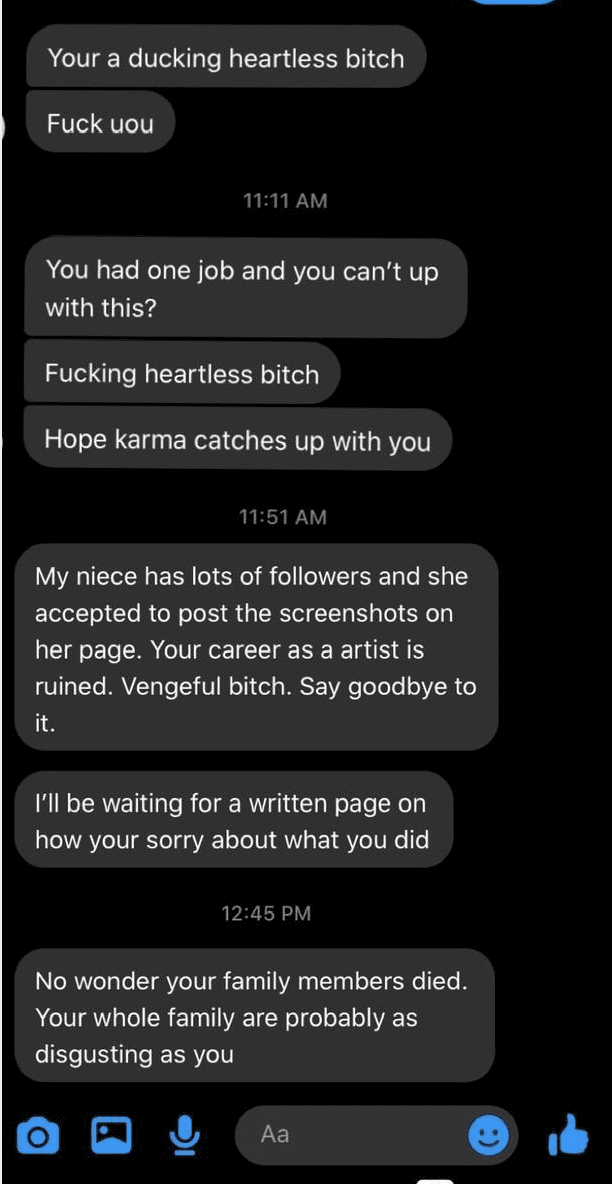 You might think this ended there. However, this woman was a Reddit user as well and saw the post the artist made. And she was gonna sue them if they didn’t take it off from Reddit.

Can you guess what happened next? 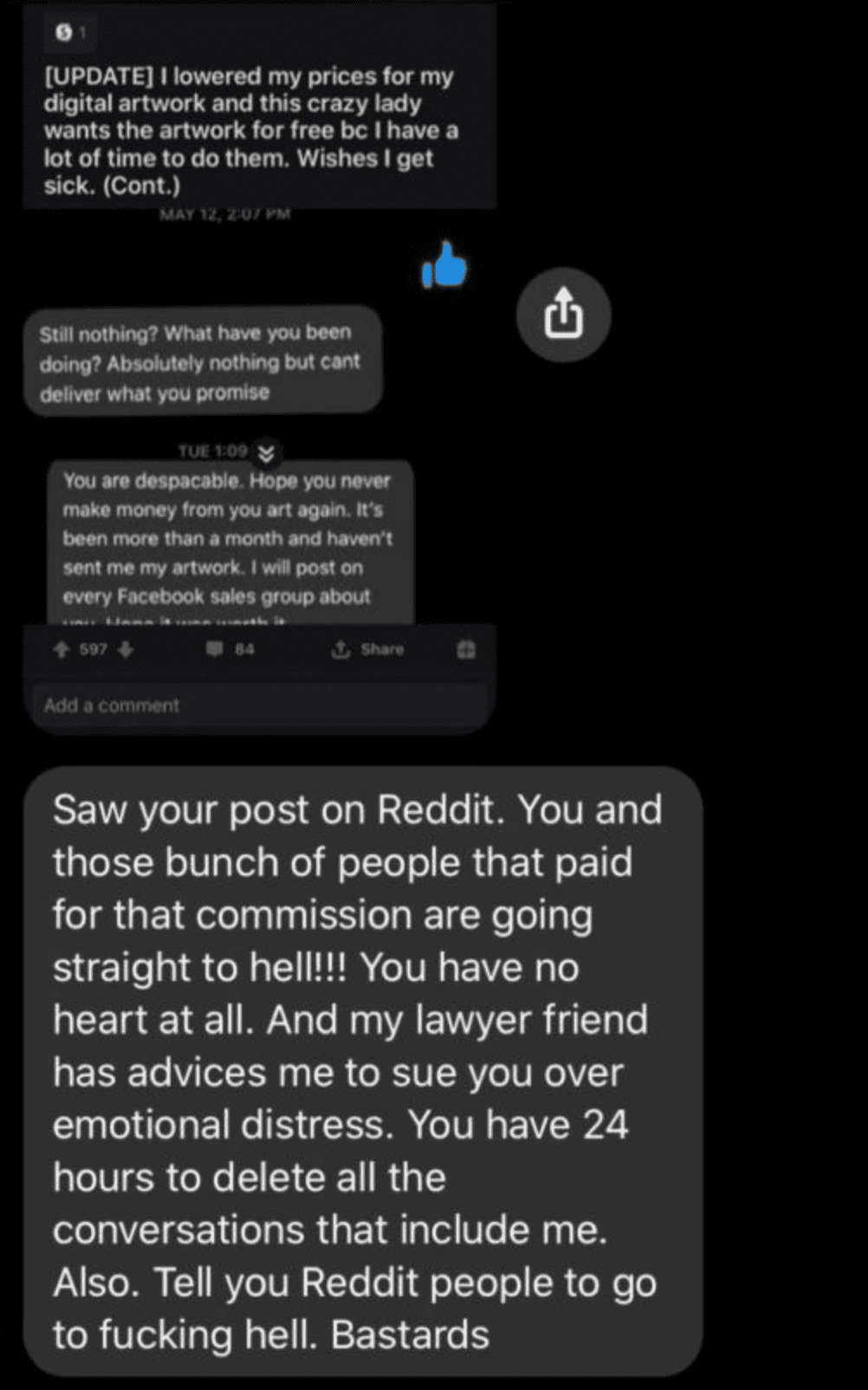 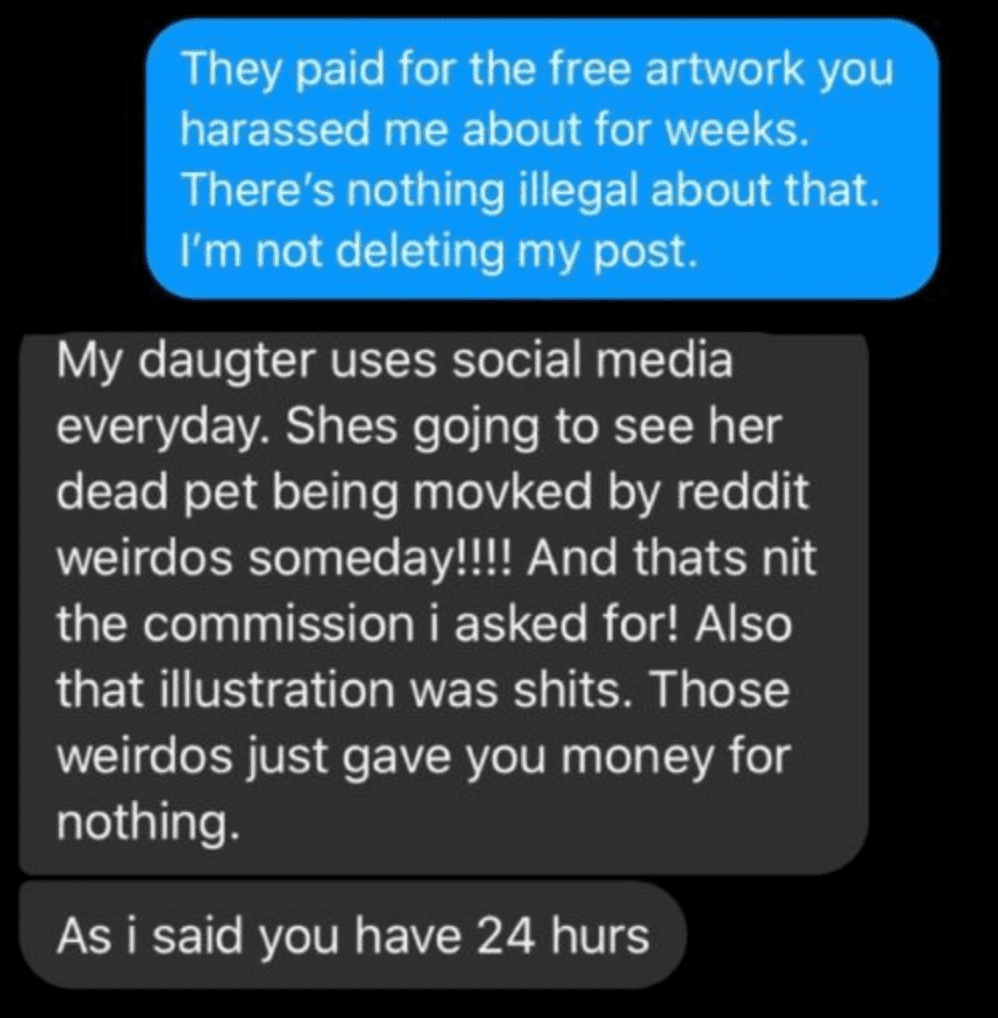 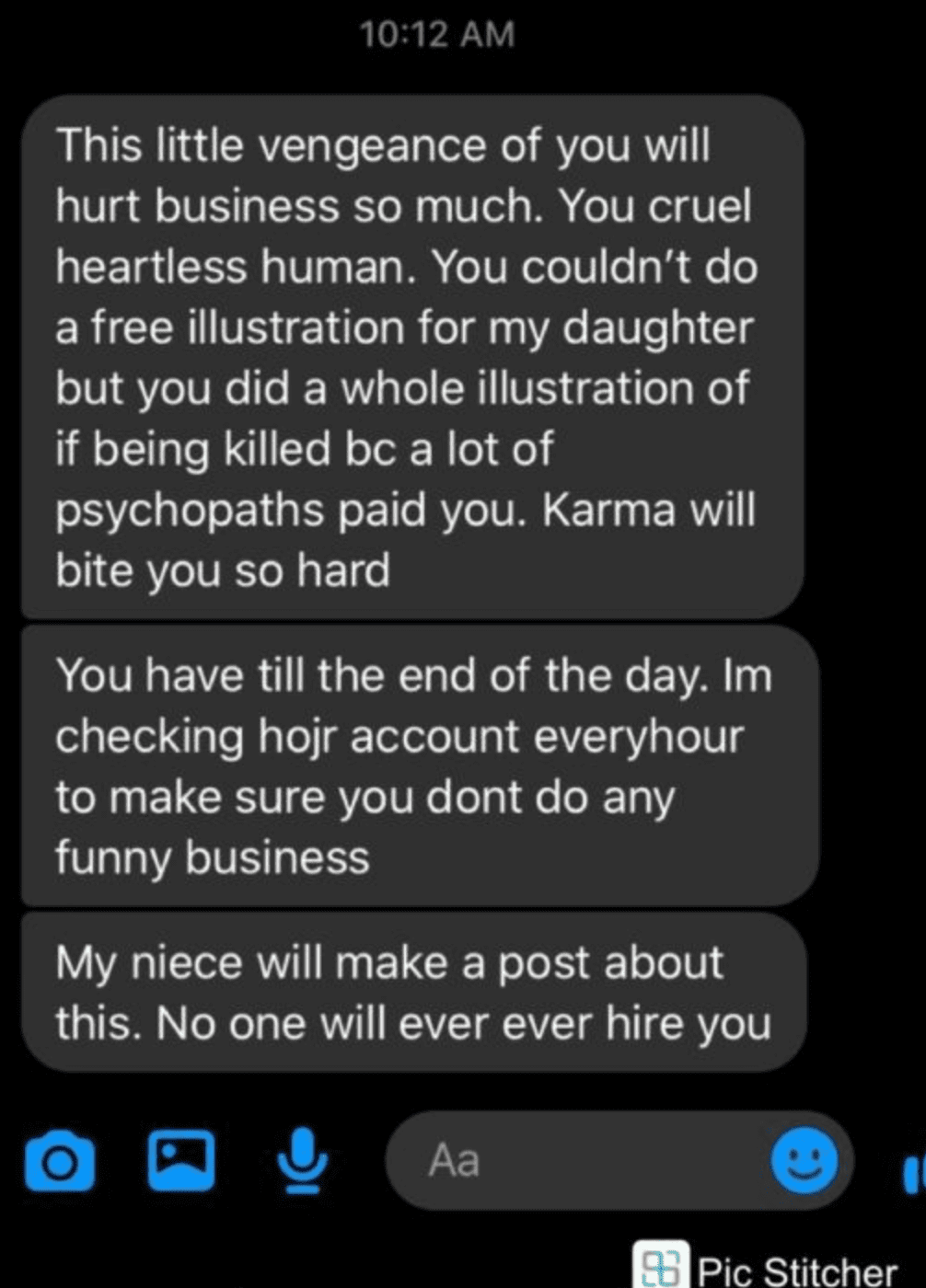 This lady is so full of sh*t, it’s hilarious LOL if she couldn’t afford the commission in the first place, she definitely can’t afford a lawyer. No lawyer would advise to sue someone for “plagiarism” or emotional distress for something like this. –ellewoodswannabe16 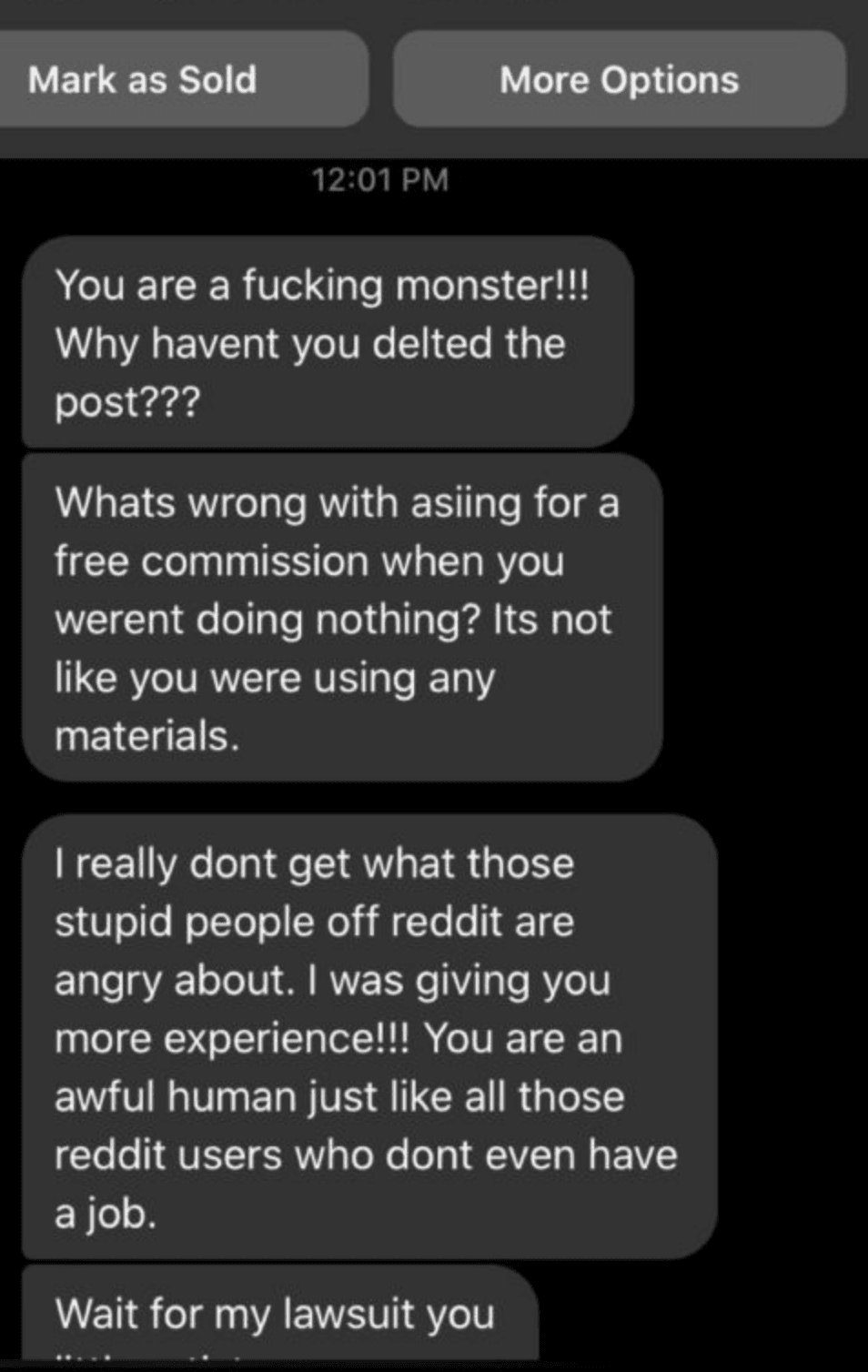 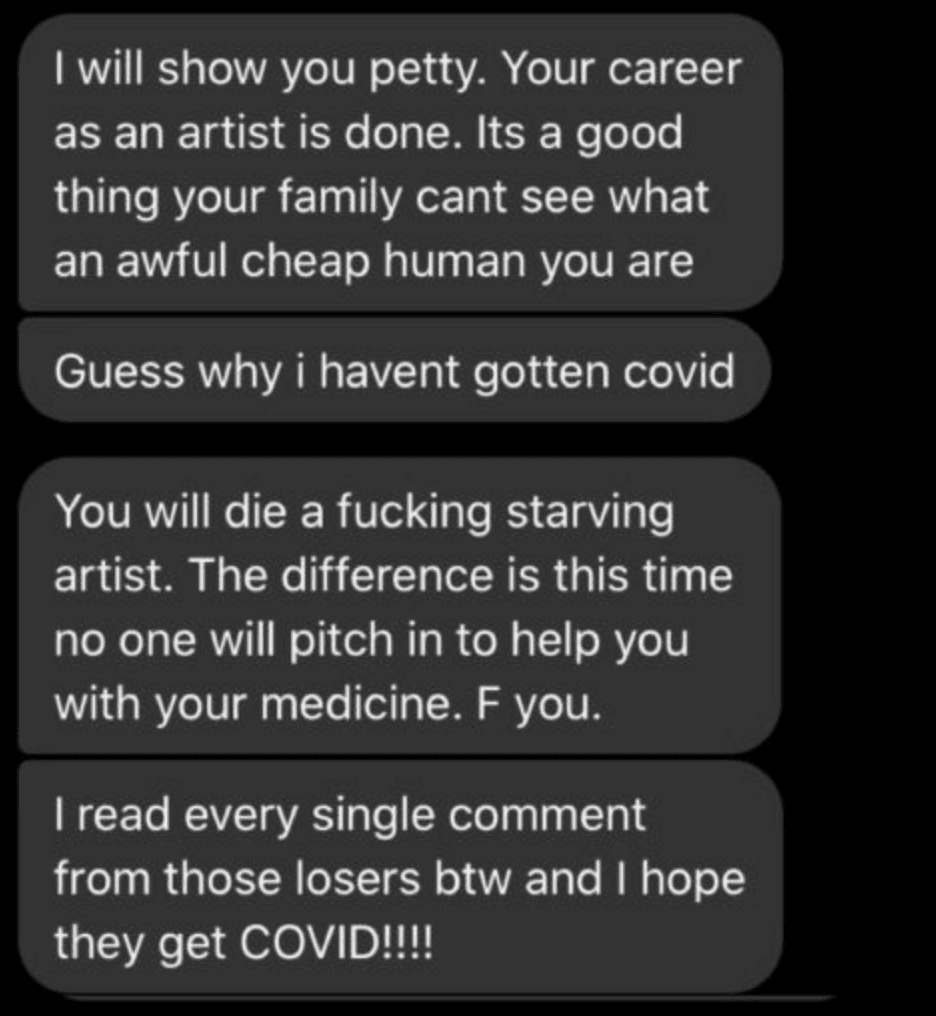 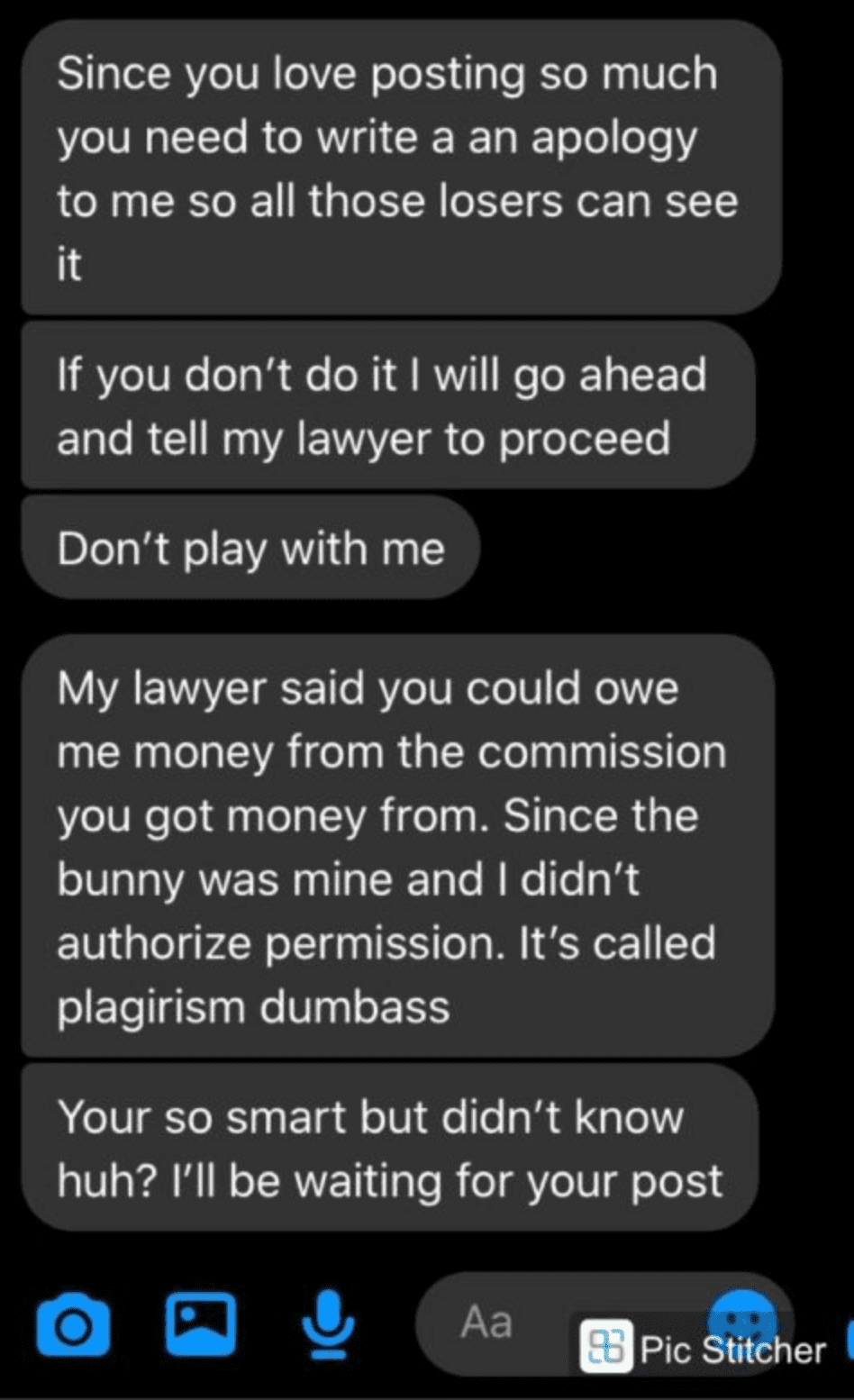 And why would they? Reddit was the one who paid them in the first place to do this portrait. It seems Reddit was finally tired from all the choosing beggars and wanted revenge.

This is a beautiful portrait. 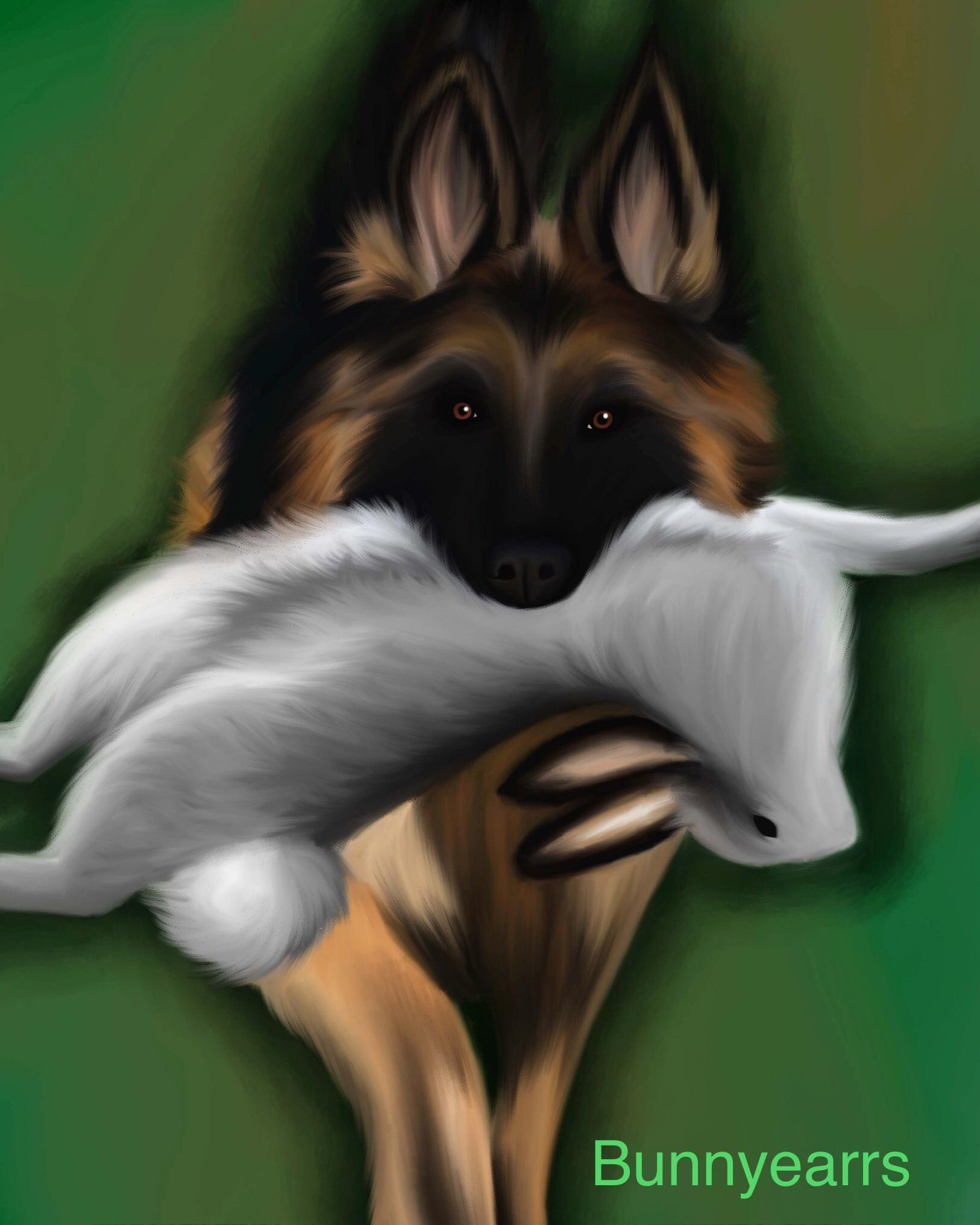 Would you ever hang it in your house? Do you think the woman got what she deserved? Comment down below and let us know.