Whoever has said beggars can’t be choosers, has lied to us.

Beggars are choosers and they do it with full entitlement. Such people are in no position to ask anything but when they see that the other person is generous, they start exploiting others’ generosity. They try to take full advantage of the kindness of the other person. If someone would be ready to give them a product or a service for free, they would start showing their real faces. There is a subreddit ‘Begging Choosers‘ where people share the example of choosing beggars. Here, we have compiled 30 of these examples shared in this subreddit. Scroll down to read. 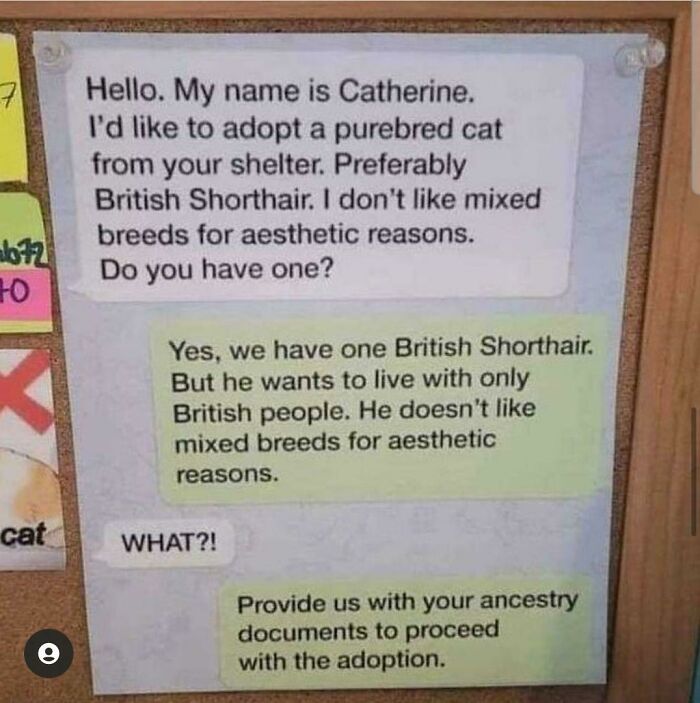 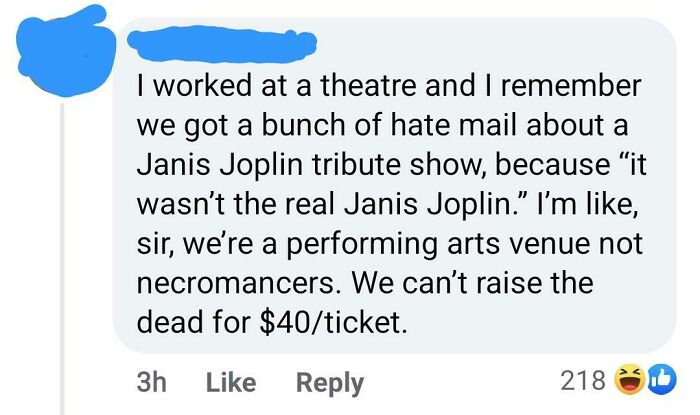 3. Someone was asking for help online just to get an iPhone: 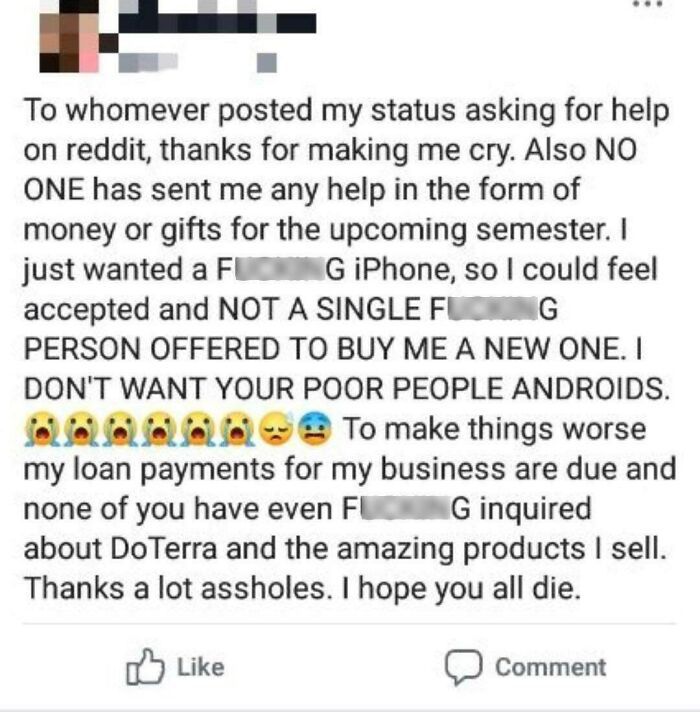 4. Entitled woman thinks that it would be a punishment for the coffee shop if she would never come back here: 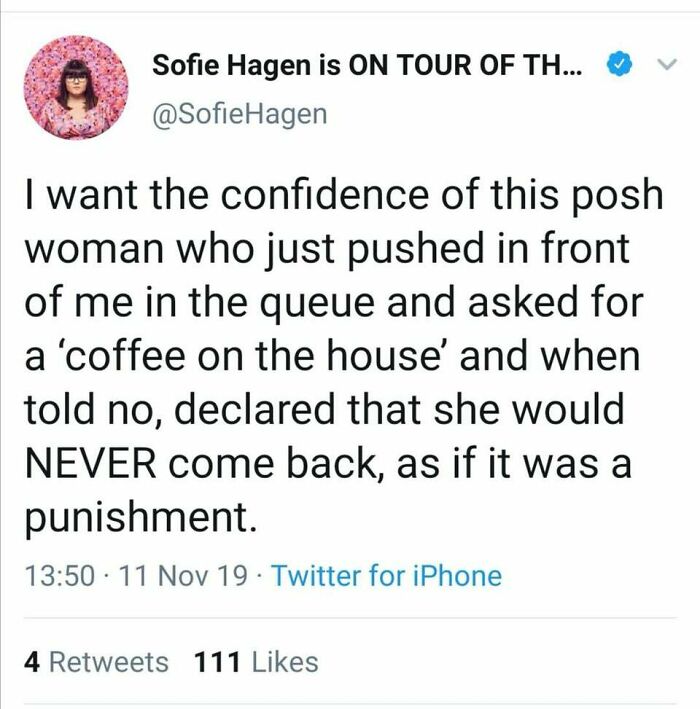 5. “The University of Begging Choosers” 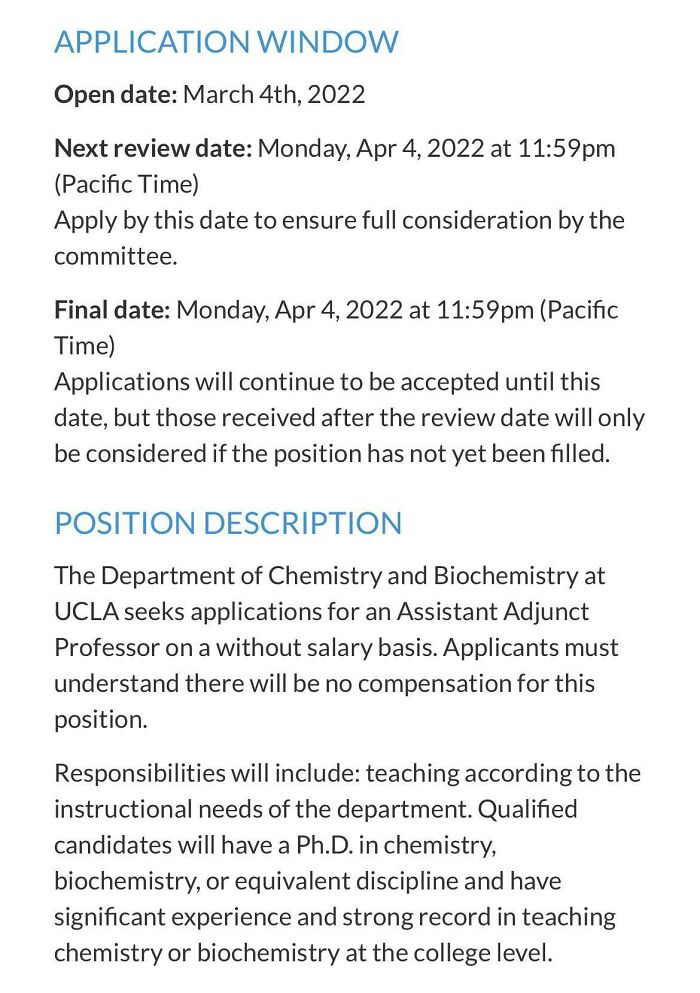 6. Bro, you can bring your own drink.

7. Yeah bro, call the police and tell them your story so they could laugh at you. 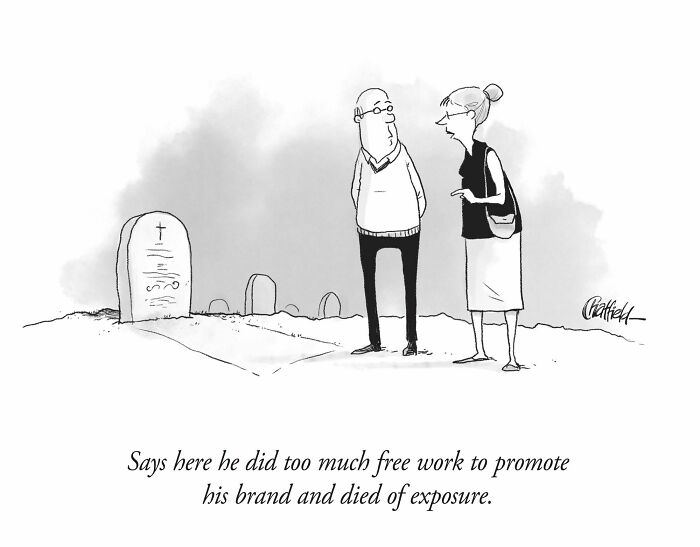 9. Jesus is watching how you are trying to get things by using his name. 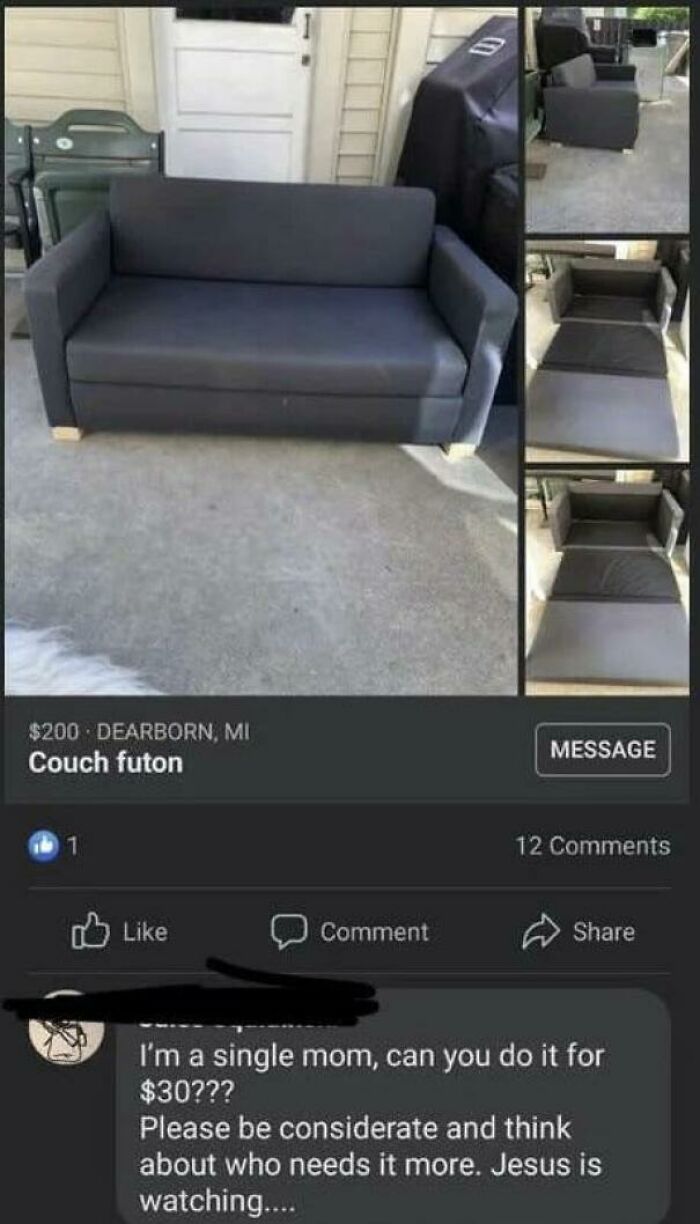 10. This is the lowest of the lows one can go to get things. 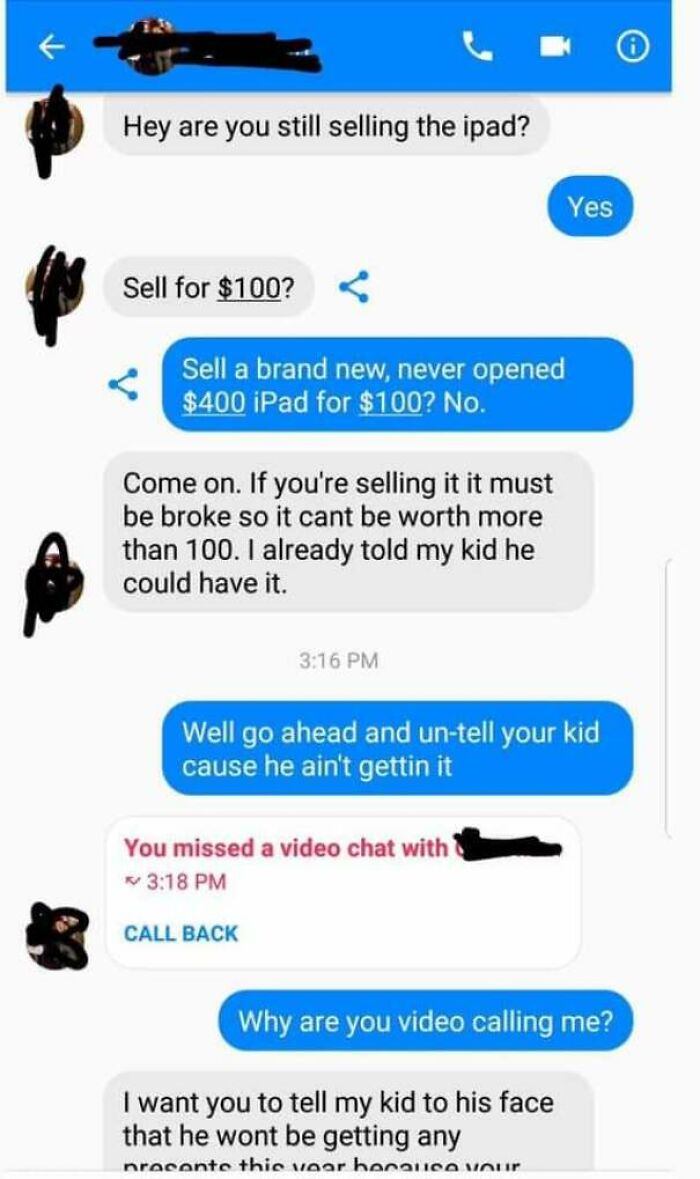 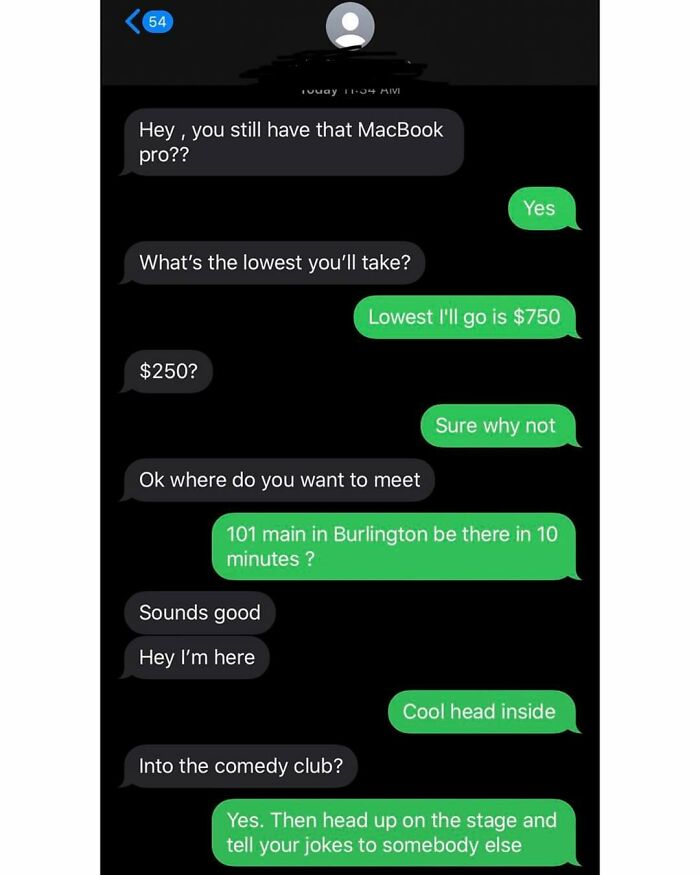 12. We do not need luck but we need a discount. 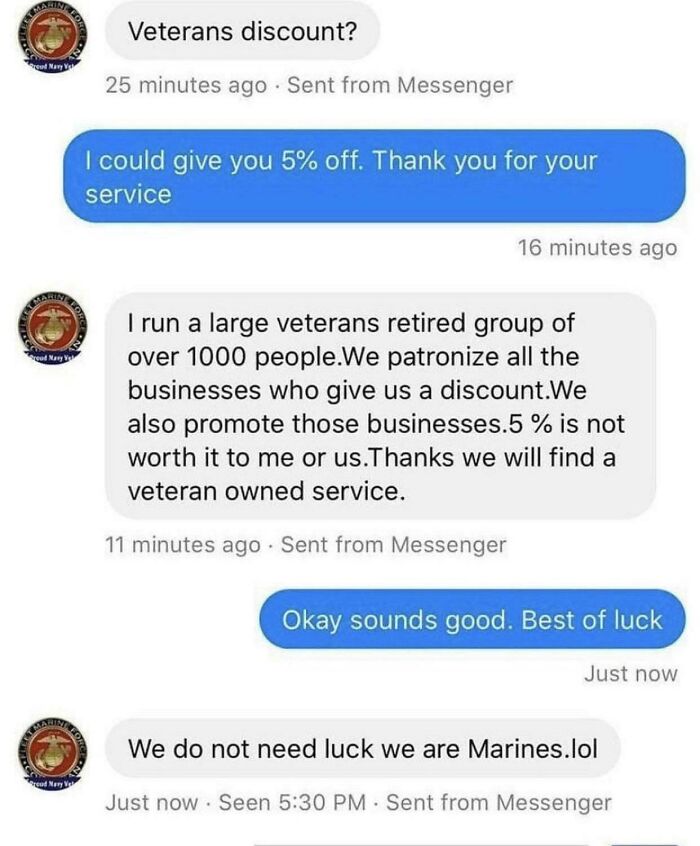 13. Stop blaming others for all the promises that you made to your kids. 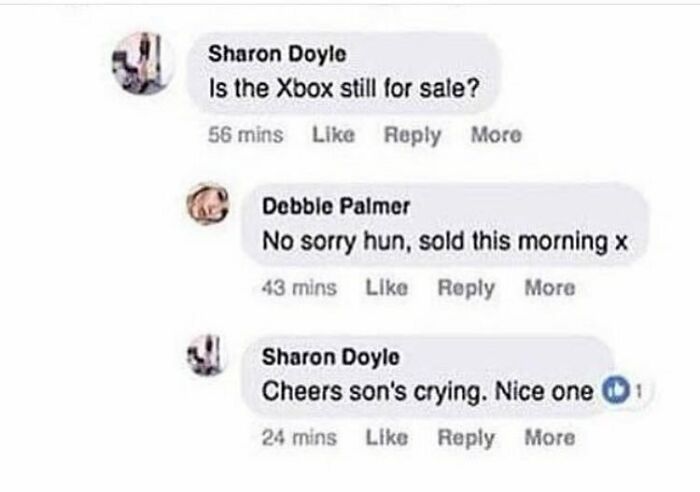 15. We hope they don’t make a difference for you: 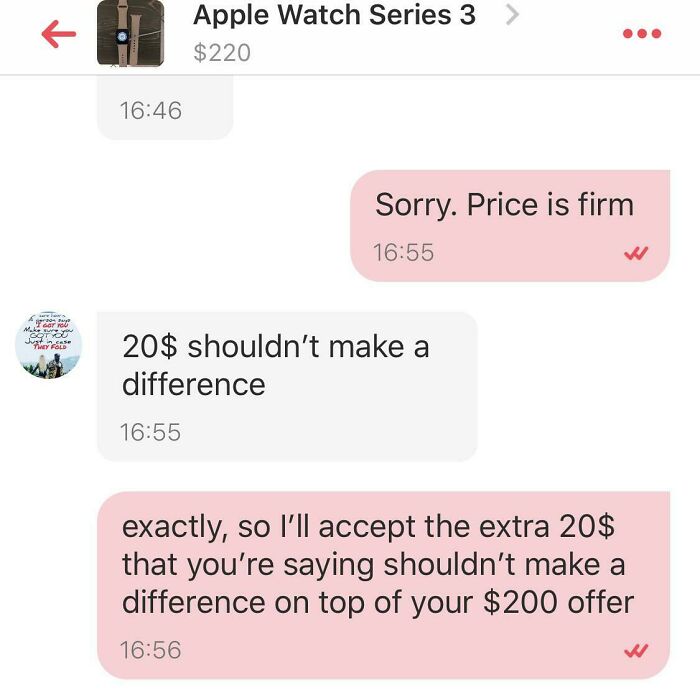 Some people think that they are the only ones who are running short of money and the seller is rich but that’s not how it works. If someone is selling something, it means they need the money. Stop asking for discounts. From asking for things for free to not attending the BBQs that serve cheap sodas, these people have proved that beggars are choosers. 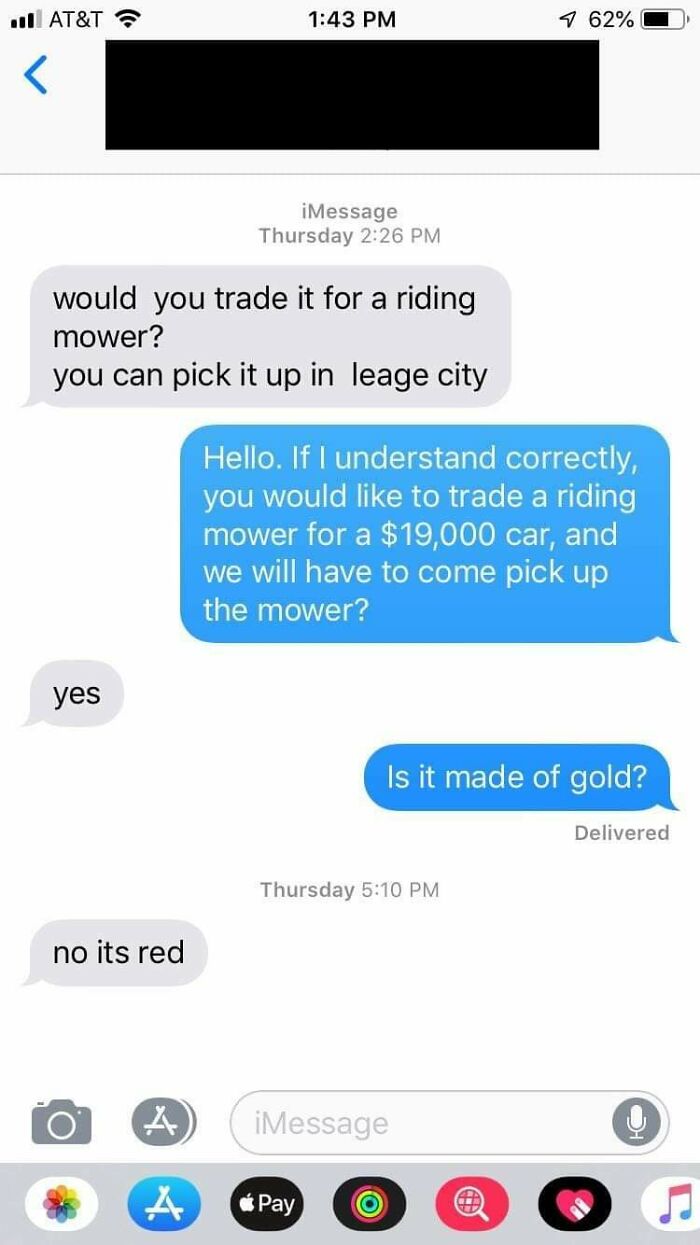 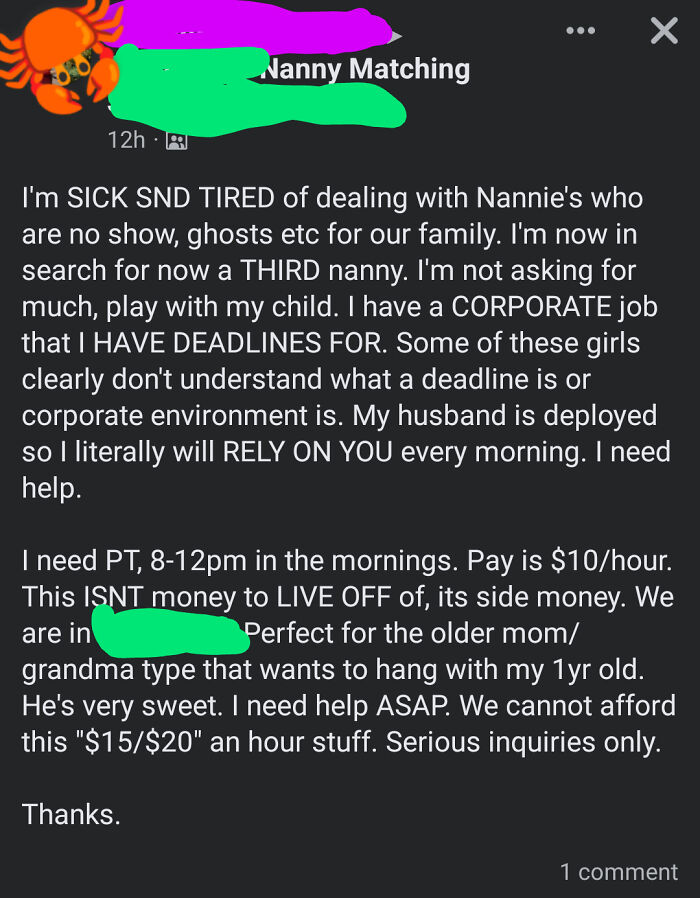 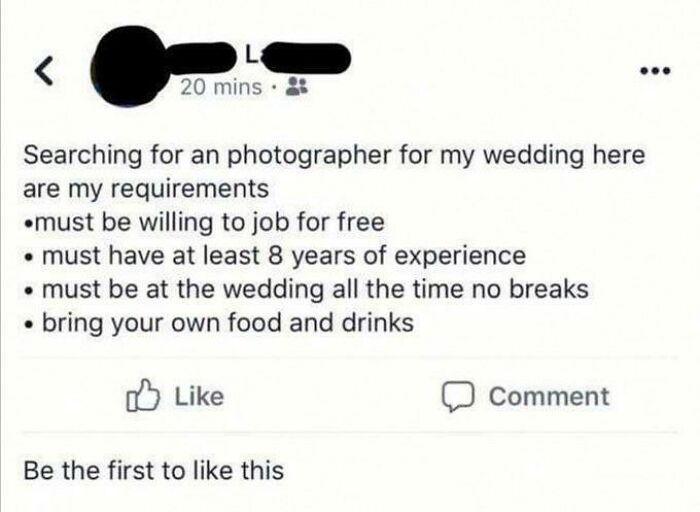 19. “Spare a thought for this poor girl who has been dealt the injustice of being gifted a mere $32,400 for her wedding” 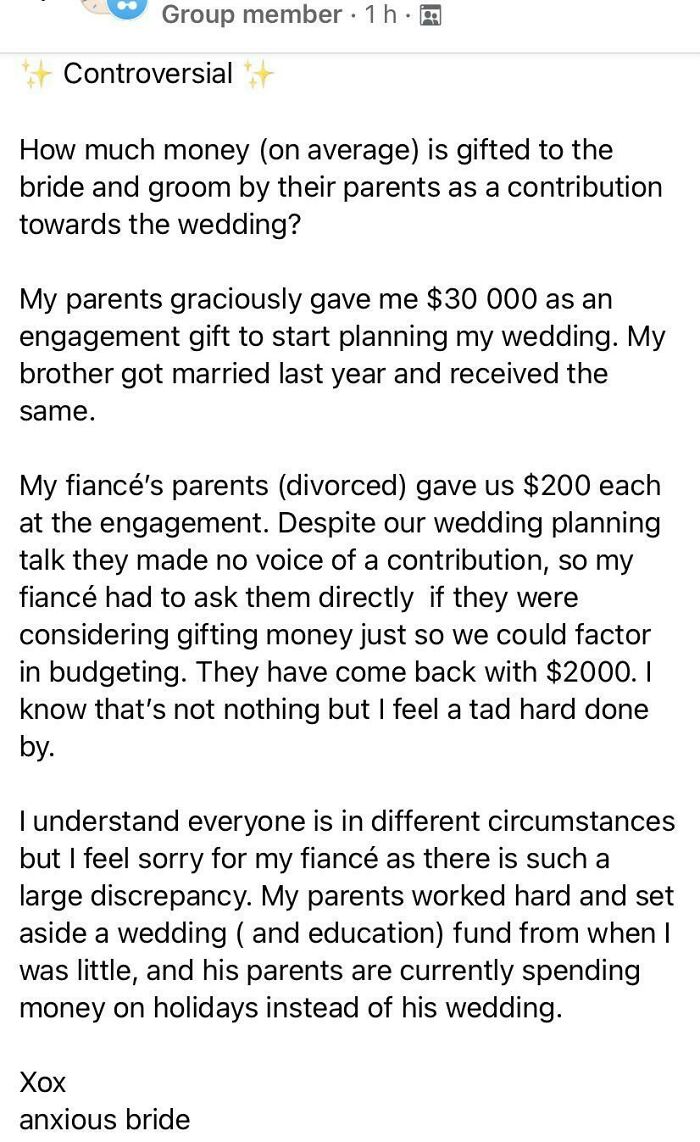 20. From being sweet to being violent so quick: 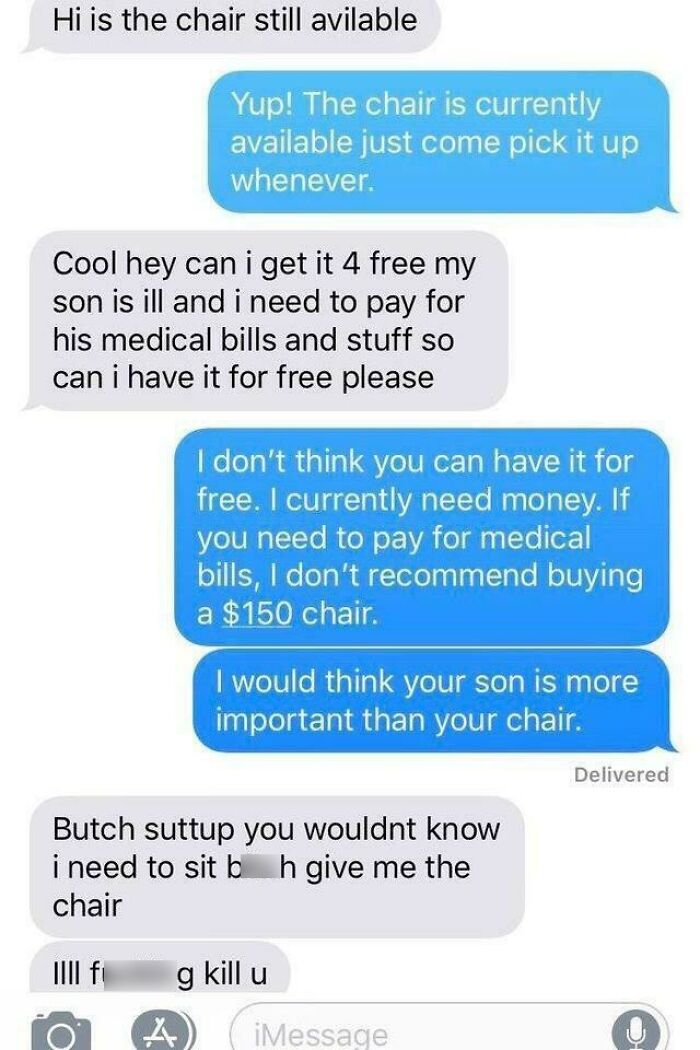 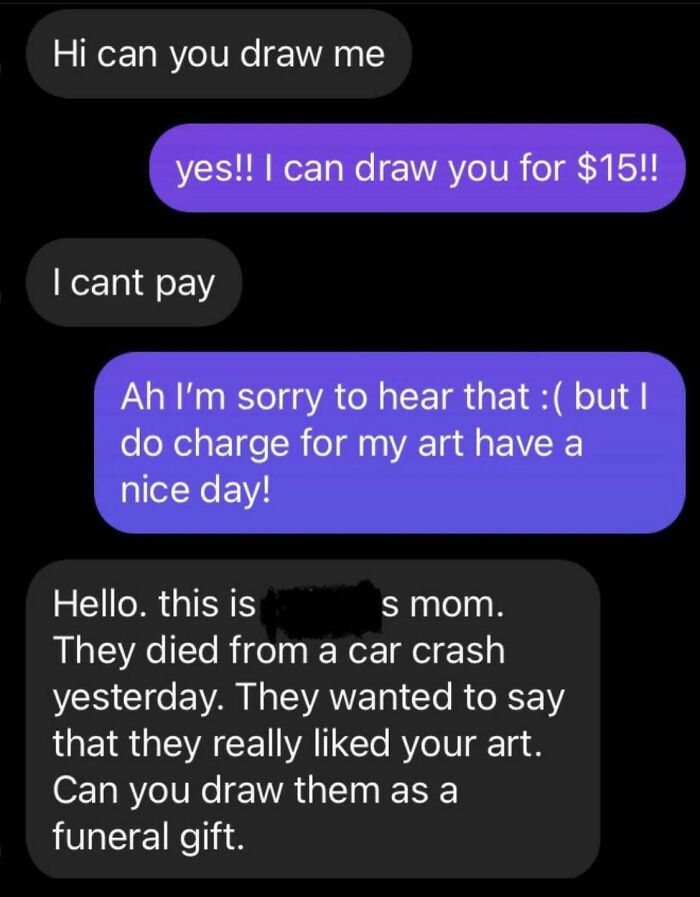 22. Someone misunderstood the sub: 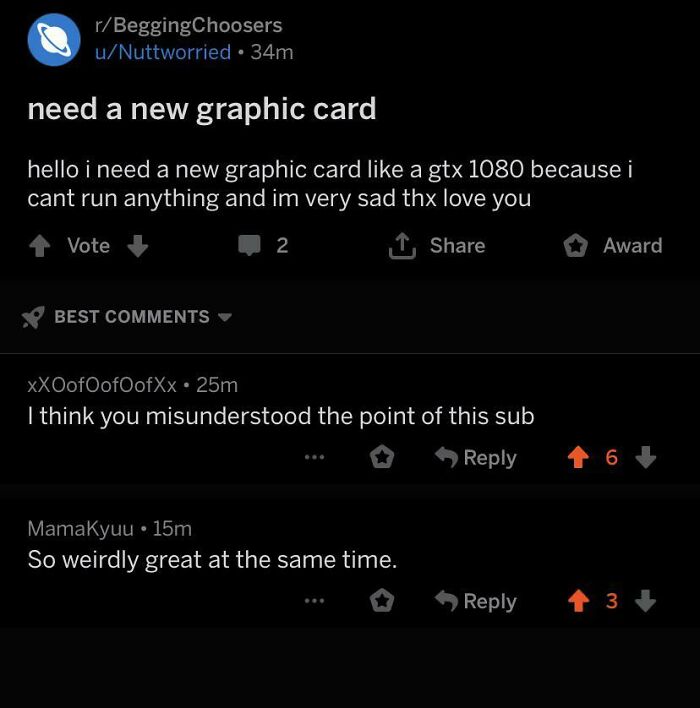 23. Go, use your “single mother” card somewhere else. 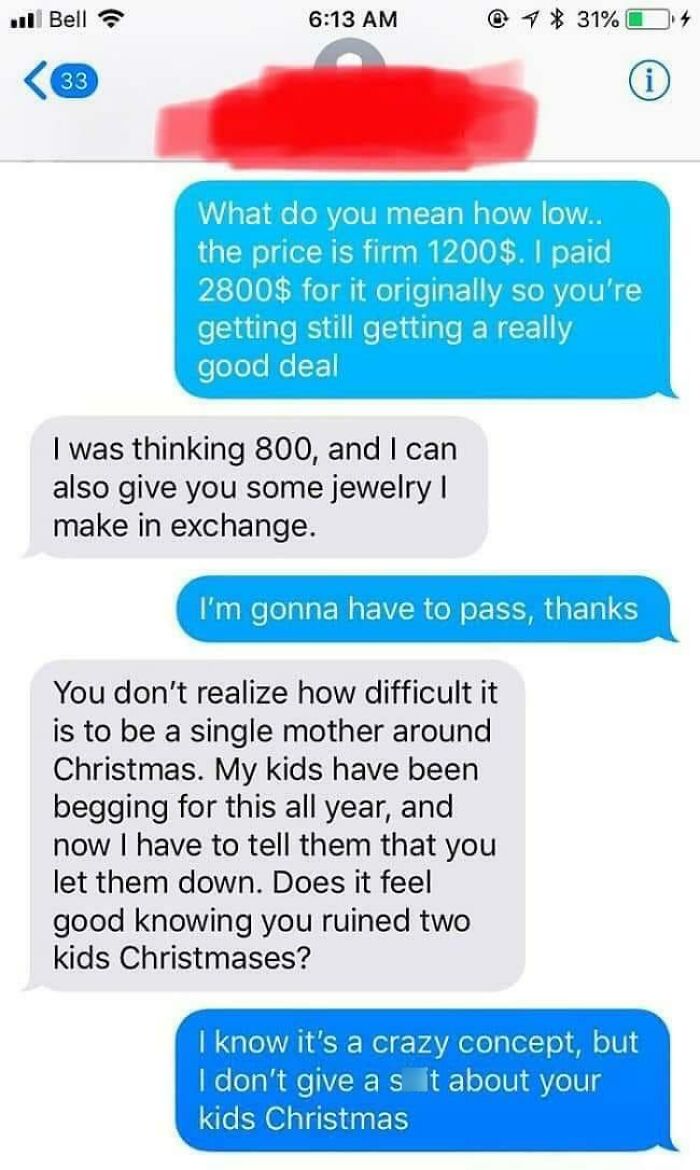 24. Did the refilling cause the water bill to go high? 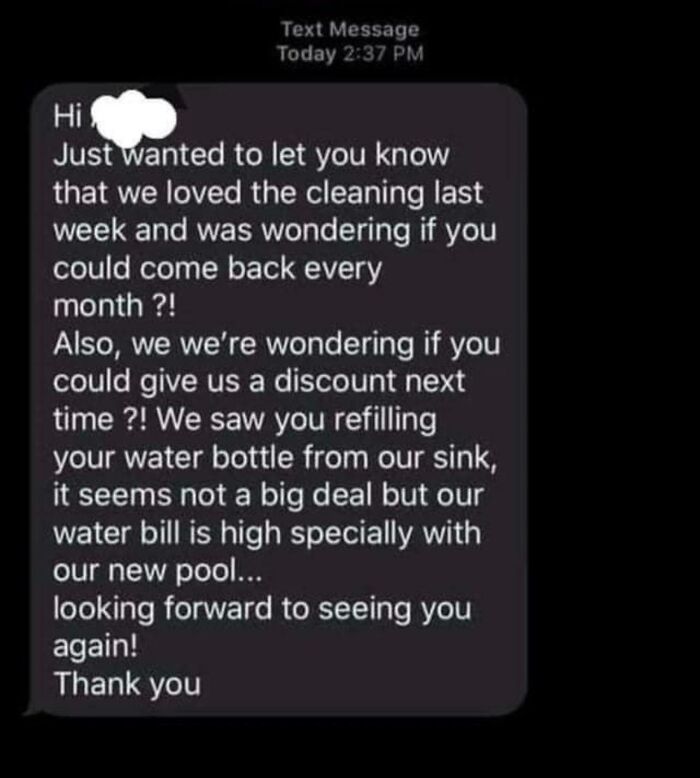 25. Manager wouldn’t allow employee to go to her college graduation ceremony, she resigned at the spot.

26. A live-in nanny should pay the room rent. 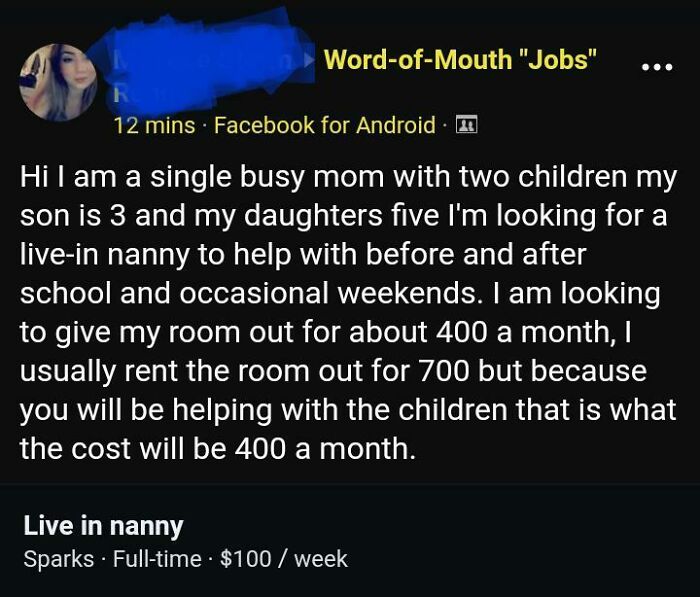 27. This person is gonna be a famous writer one day.

28. Come on, give him some platinums, he does not care. 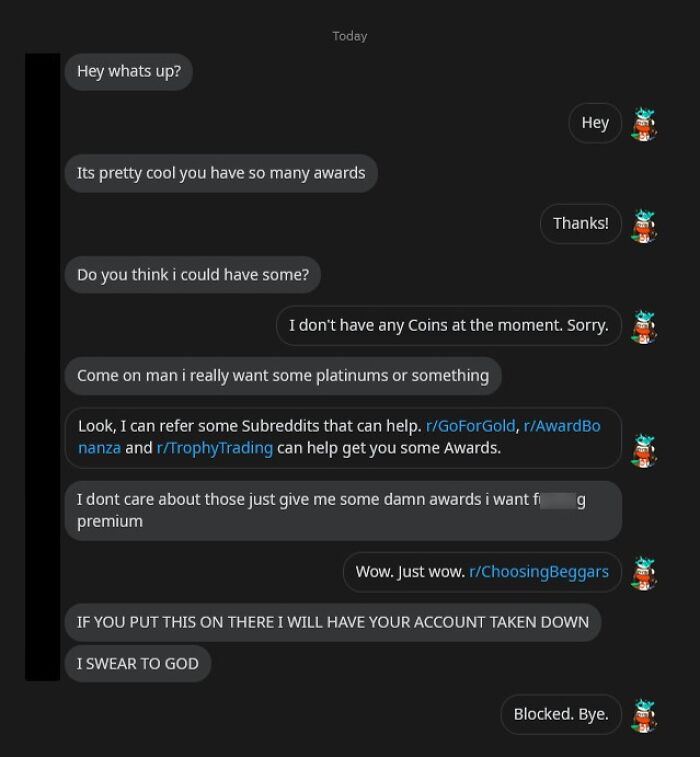 29. It’s not her duty to give you one good reason for your kid.

30. “I want something for taking your free item”

Have you ever met a choosing beggar in your life? If yes, share your story with us in the comment section down below!