Another Boss letting the power get to his head.

Haven’t we all come to expect the sort of behavior from higher-ups where they think that they can treat their employees like dirt just because they pay them? We have all read hundreds of stories where managers get what they deserve after they have fun embarrassing their employees. This story is also about this particular behavior but what makes this one different is that the employee actually went over and above to make his boss happy.

Not only did he come in when it was his day off and he had a prior appointment but he also had to spend over 10 hours doing a job that he wasn’t supposed to do in the first place. Even the Boss knows that he is a hard worker but still thought that it was a good idea to say that he felt embarrassed since he wasn’t at the shop earlier to treat his friend/customer. As you can imagine, that didn’t go over too well with the employee and he has since decided to quit this job once and for all.

You can read the whole story and what had to say by scrolling below.

We start off the story with some background information as to how things work at this particular place. 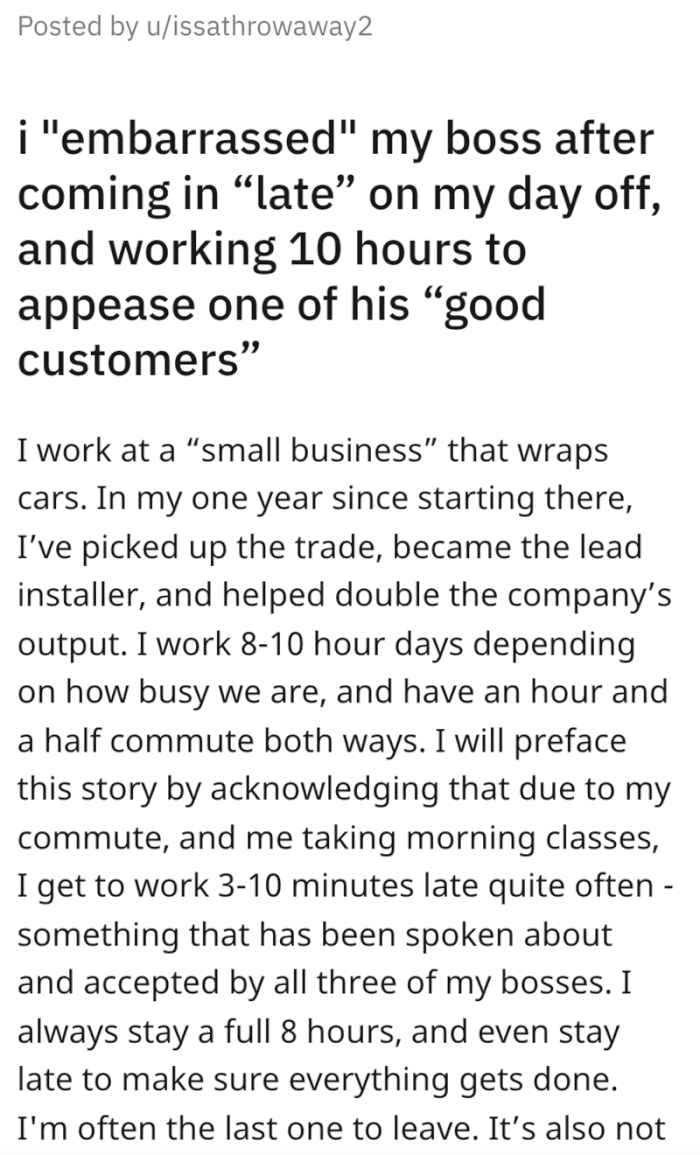 Timing really isn’t a big factor when it comes to this job and everyone knows that. 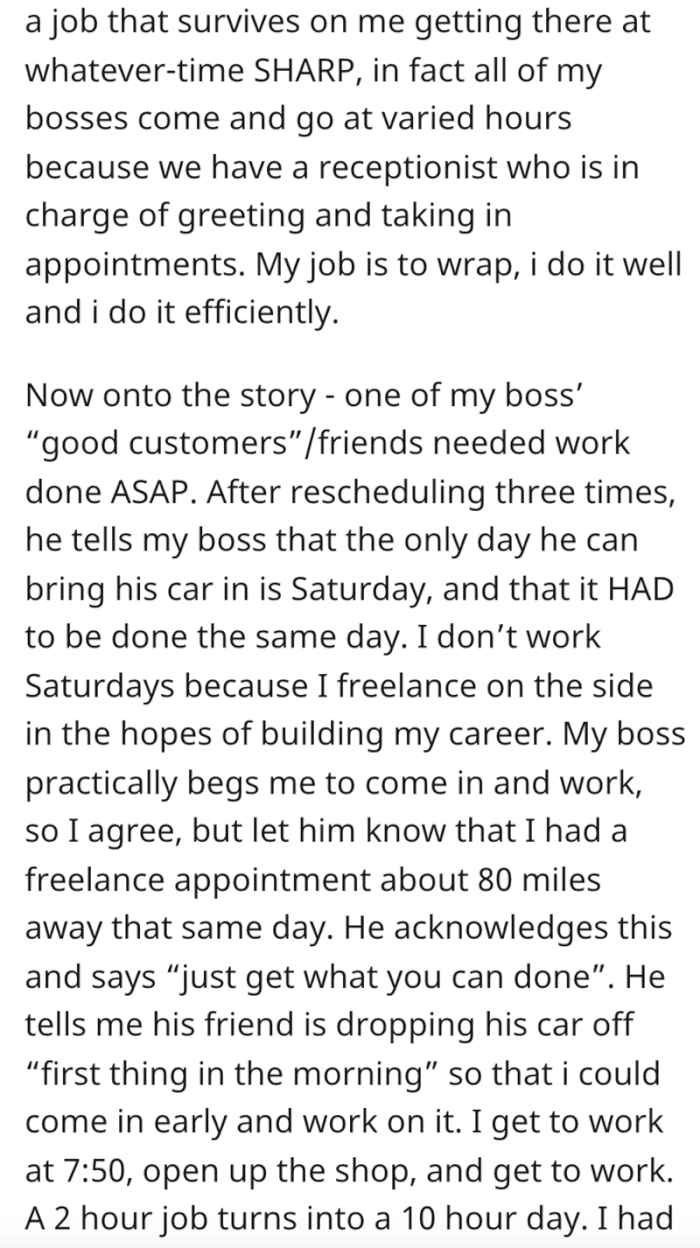 He had to do a lot of work to get it done as soon as possible but rather than complimenting his efforts, his boss took another approach. 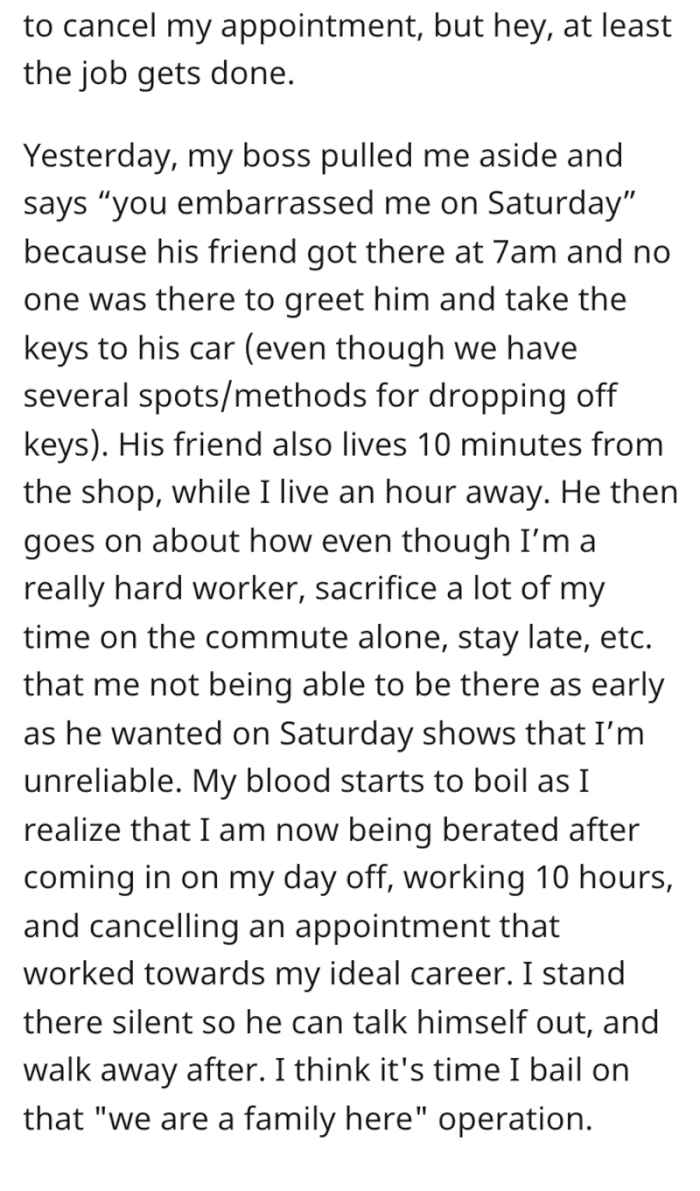 He berated the employee for being late even though he wasn’t told to come earlier in the first place. 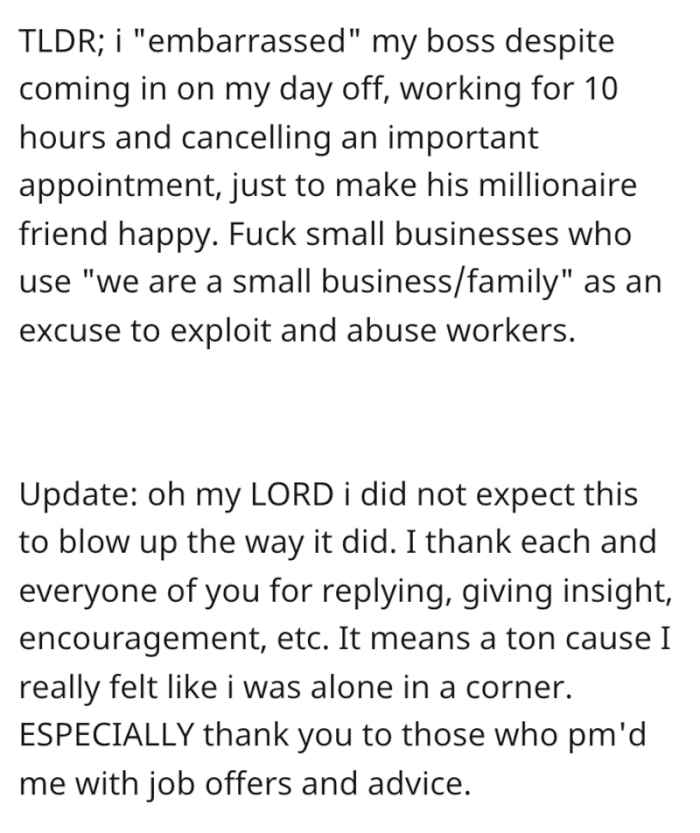 He did end up getting fired because this post apparently reached the boss but I’d say that it was for the best. 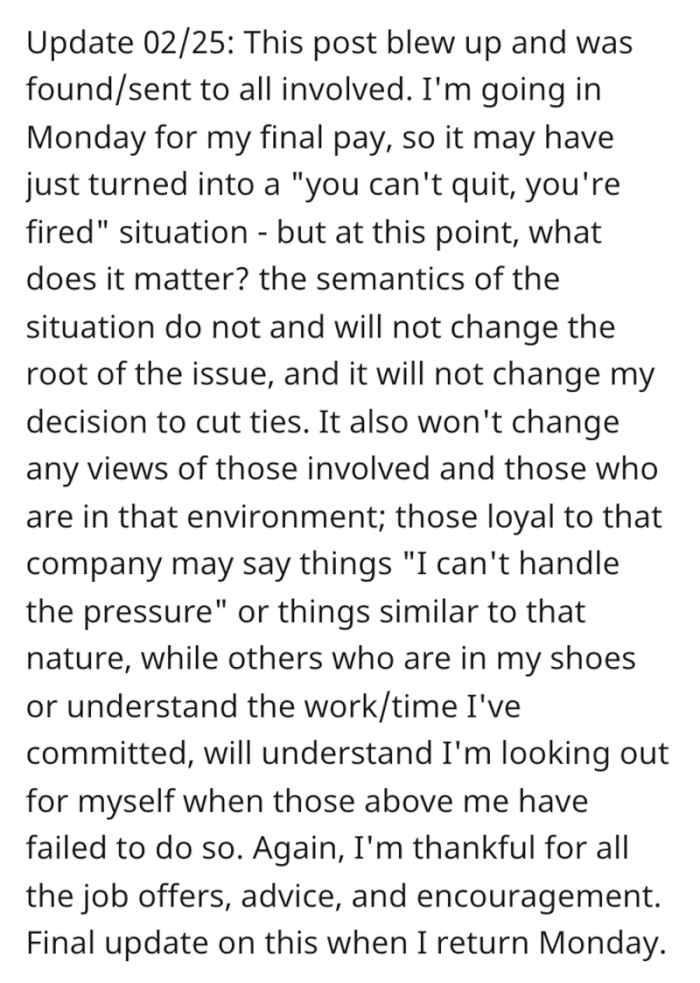 He also gave Reddit some other information and how he got into this job in the first place. 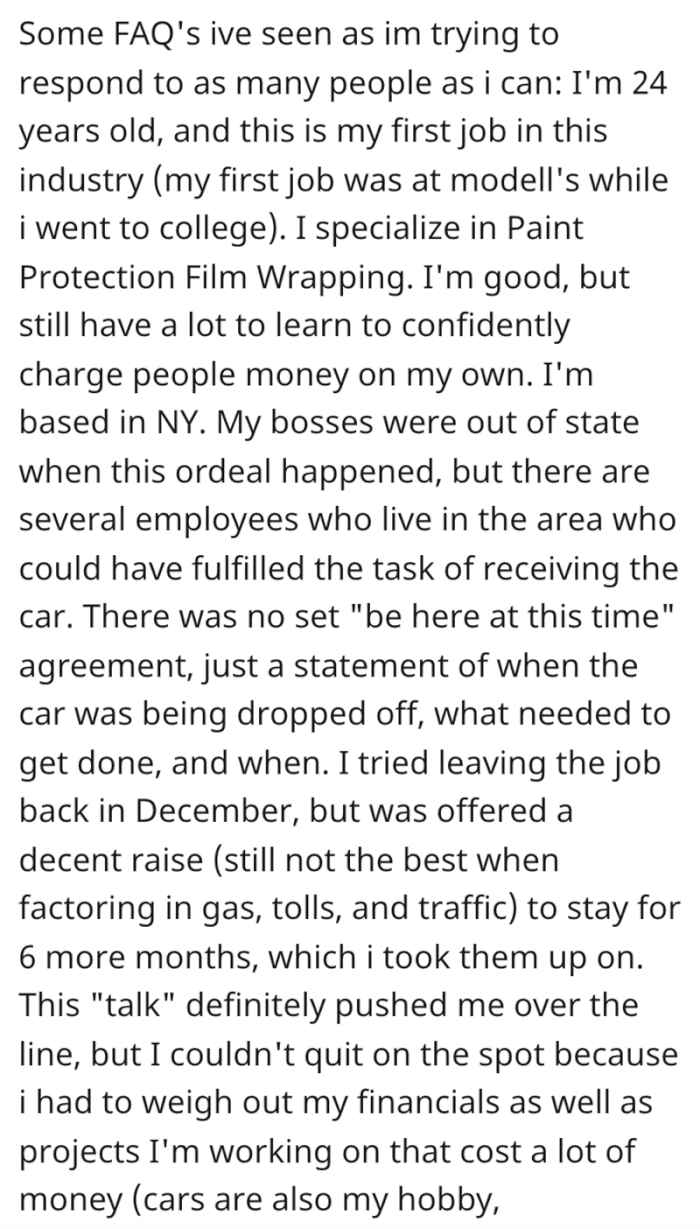 We didn’t get any more updates but I can only hope that he is doing well now. 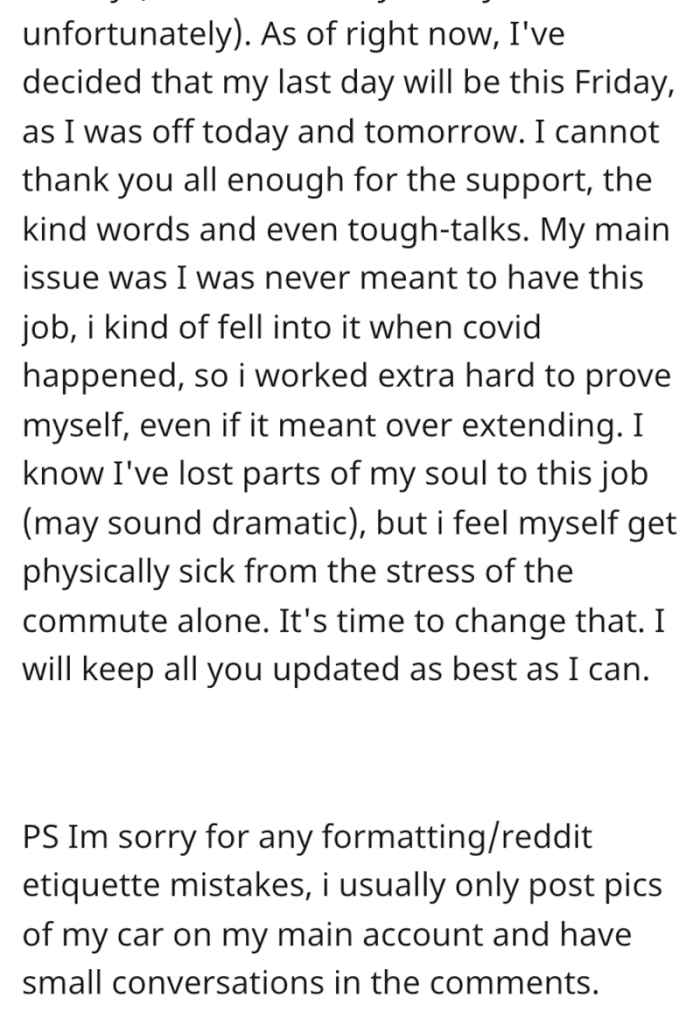 Honestly, I am surprised that the boss had the audacity to do this to him after he came in when he was off. Not only that but he also canceled his appointment for this. Couldn’t the Boss have come in early to greet his friend himself? Did he just want to flex when it comes to the power he has over others? I have had to deal with higher-ups like this before and it always makes me angry. They think they can do whatever they want. So if you have the luxury to quit, do so right away.

Honestly, this response would have been perfect in this situation. 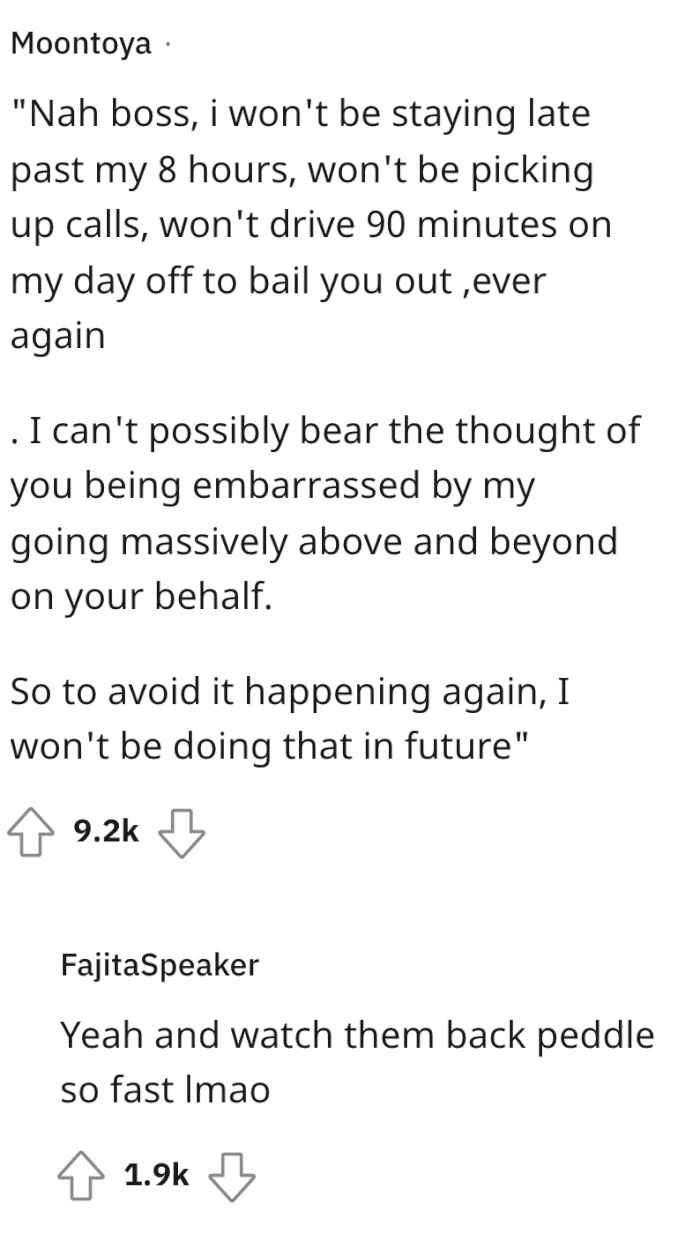 No reason to give him another chance to mess with you now. 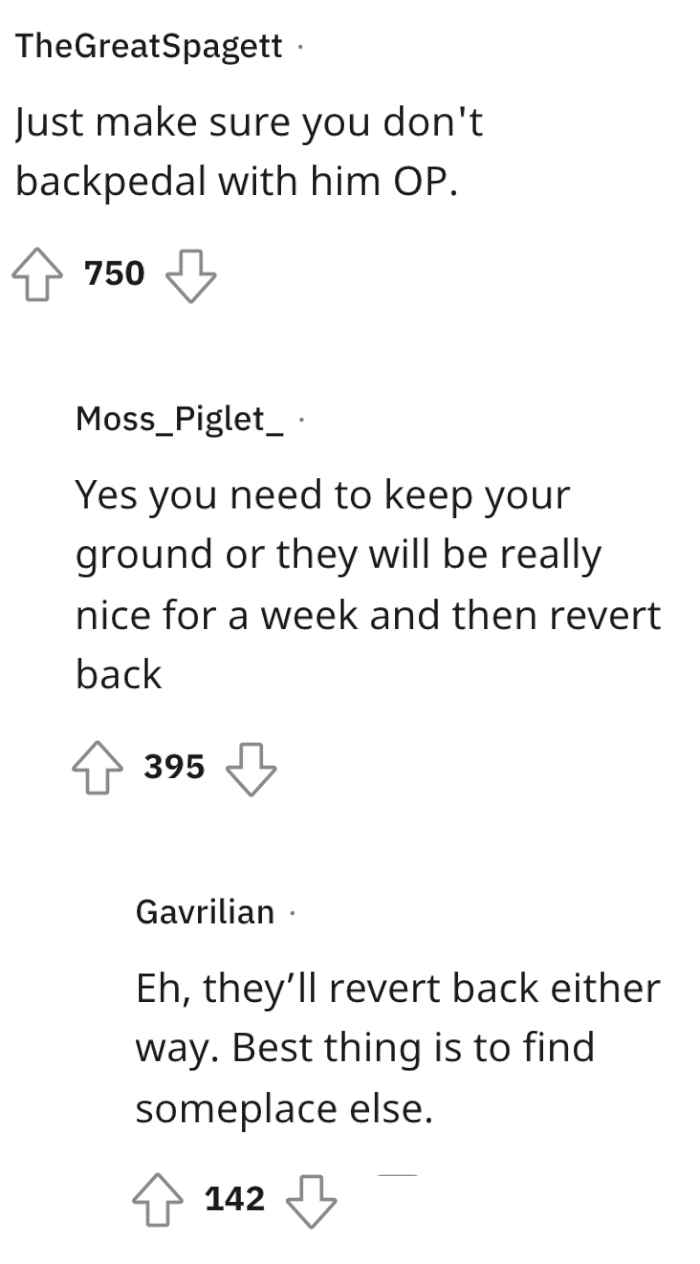 That is what actual friends do but apparently not rich people. 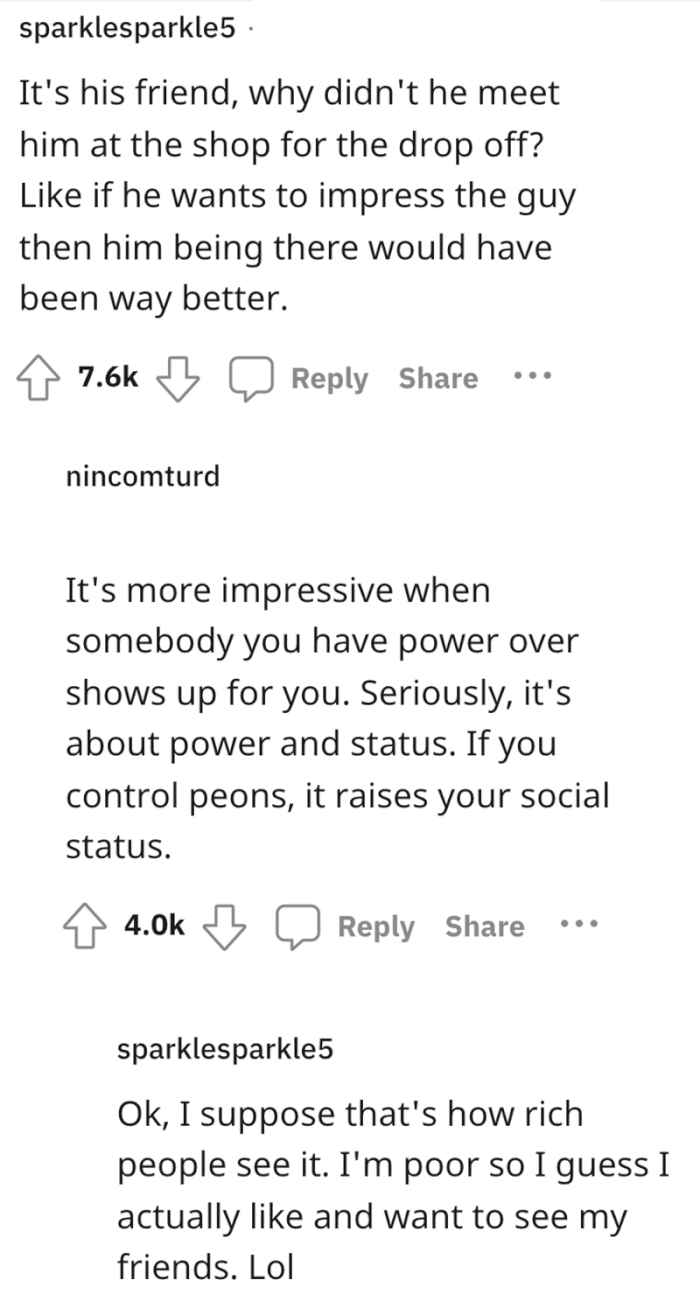 The boss doesn’t deserve any notice, especially after what he did. 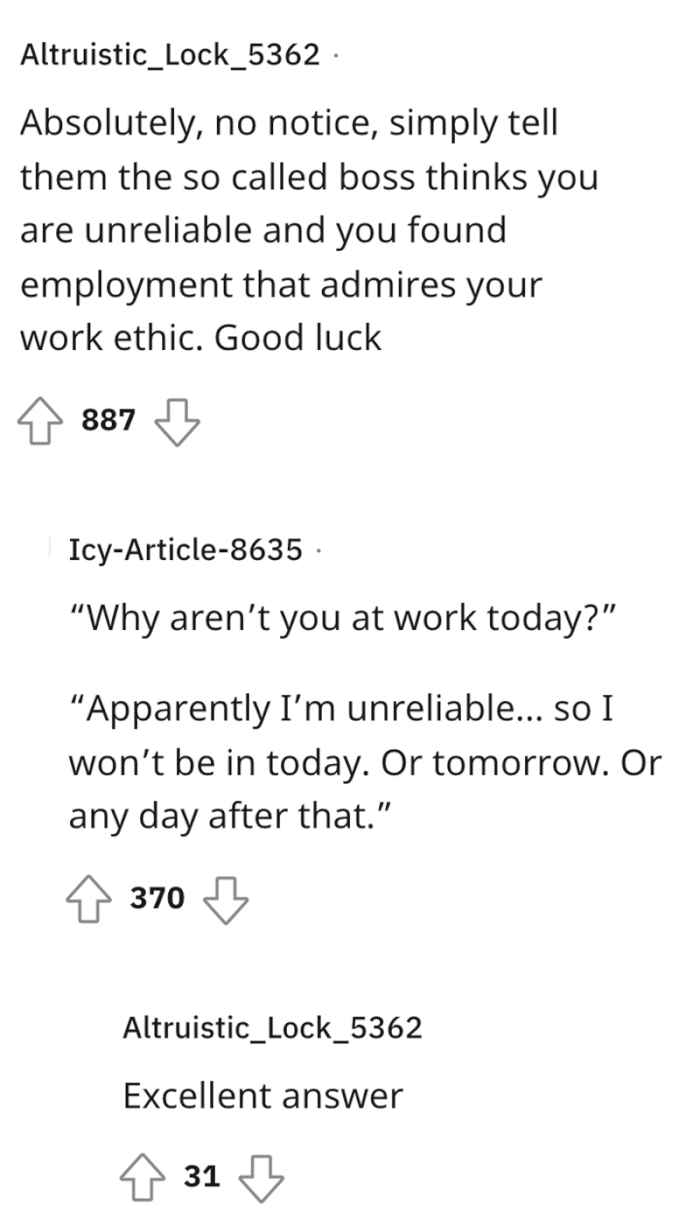 Well, he is fired now and I think the boss knows the reason anyway due to this post. 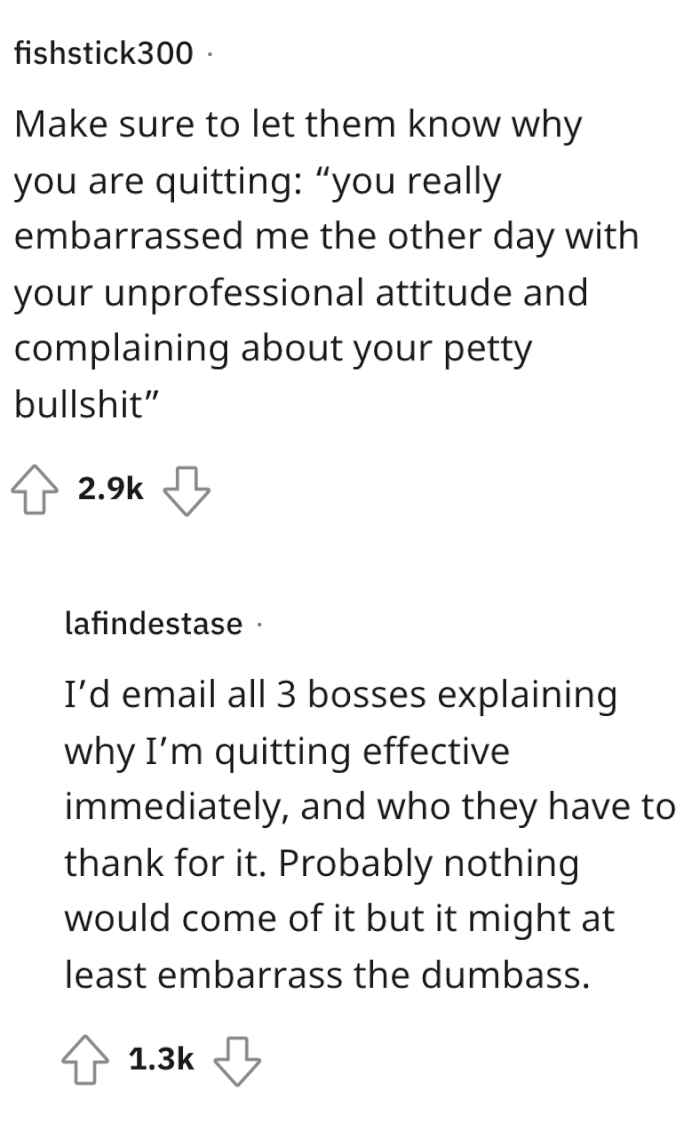 There were some comments where people suggested that he should start his own business which isn’t a bad idea at all. 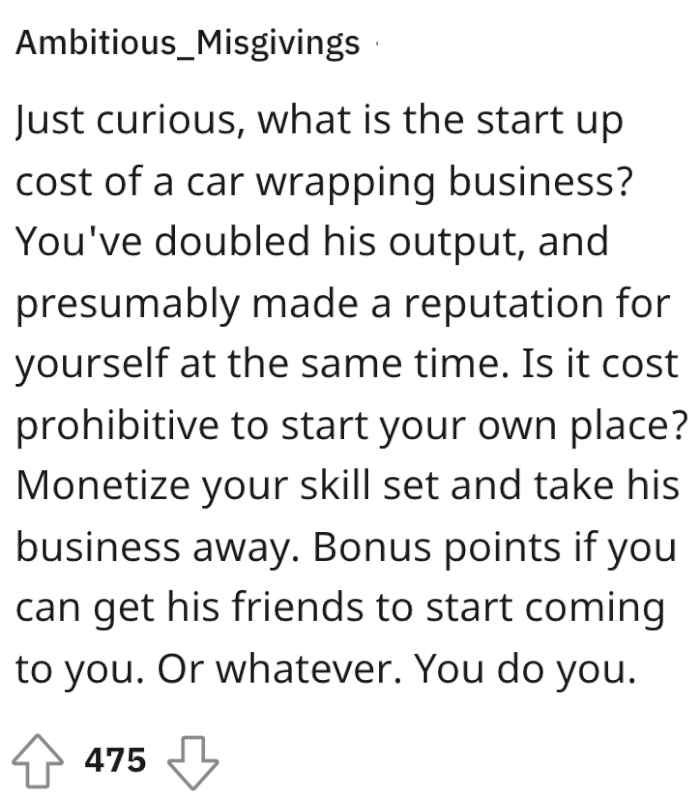 If you are feeling angry after that story, we have just the thing for you, dog tax!

We said goodbye to Walter last weekend. I’m at peace; he was such a special boy, & luckily not in any pain now. He was 11, and so full of joy I’d love to share. Shortly before that appointment, OKC, 9/23/22.

Have you ever been in a similar situation before? If so, did you just grit your teeth and took it, or did you stand up for yourself? Do you still work at that place or did you quit? Let us know in the comments below as we always love to hear from our readers. Also, don’t forget to share this story with your friends so they can share their experiences as well.