We all know that we find dogs working everywhere. With the police, in search parties, at the airport, as therapy dogs, and everything else you can think of. But that does not mean that cats can be left behind! Cats are just as competent. They just do not like being told what to do as they consider themselves as Gods so they follow their own rules. That is probably the only reason why they do not work for humans as dogs do. It is a matter of pride, as you see. But some cats put it aside and actually do want to participate in human activities.
Elwood the cat is a “security guard” for an Australian hospital and has gotten a lot of attention on social media recently. Scroll down below to read the details of the story and see what all the hype is about:

This is Elwood. What an adorable little guy! 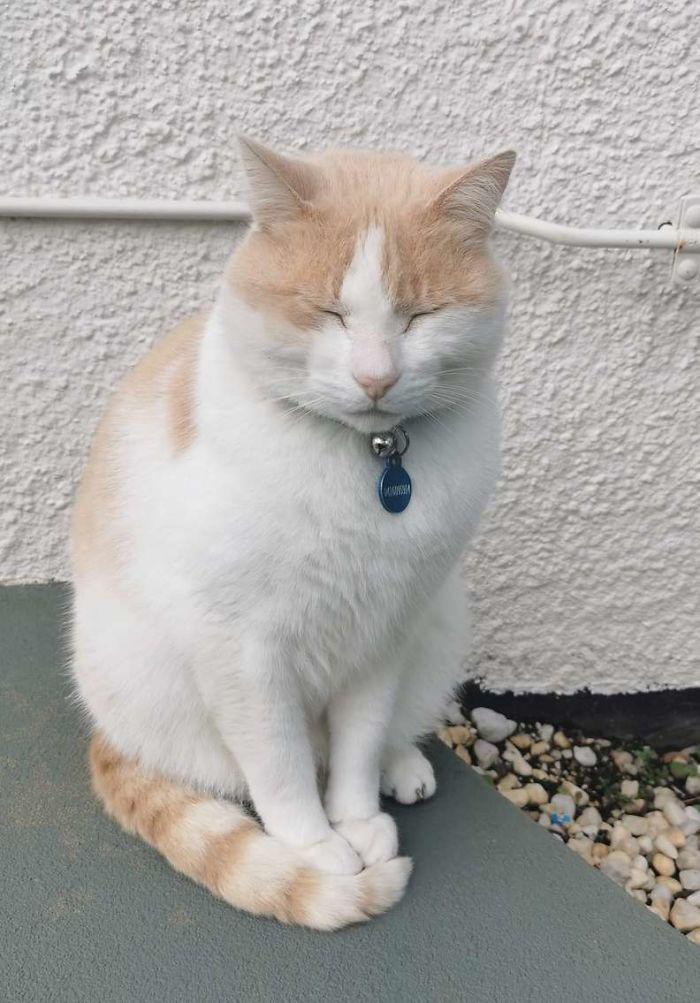 Elwood spent most of his time just roaming around and observing the Epworth Hospital in Richmond, Australia for no reason 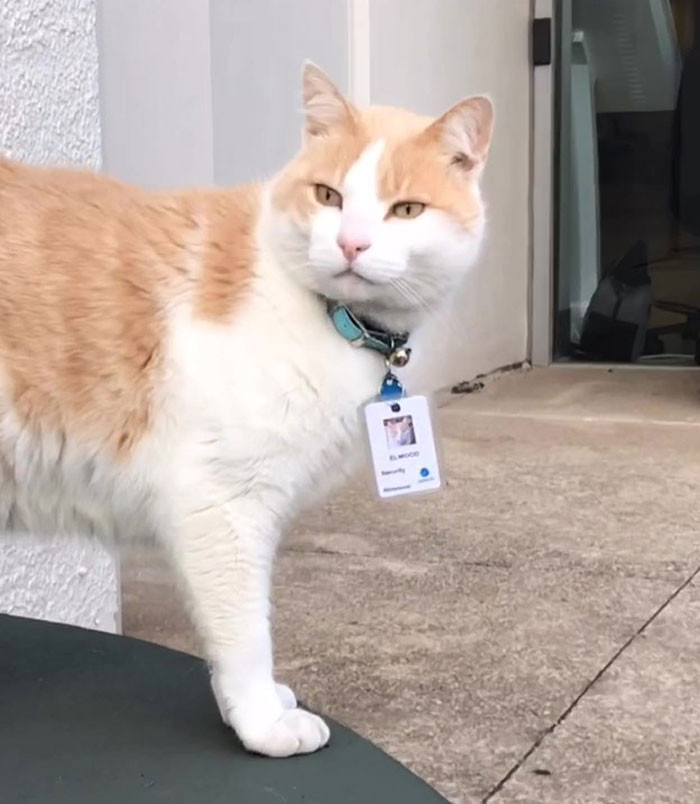 They thought he was a stray cat. 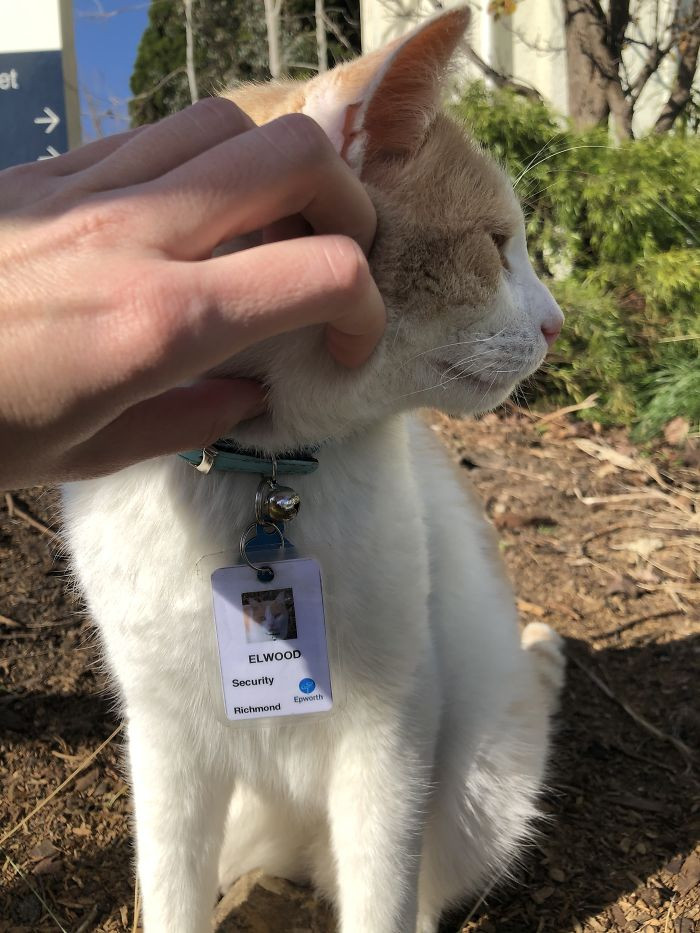 Chantel Trollip, a pathologist, told Bored Panda: “When I first saw him, he wasn’t wearing anything, so I assumed he was a stray. Then someone put a collar and tag on him and now most recently he’s got his own ID badge, which is identical to our actual staff badges down to the call codes on the back.” 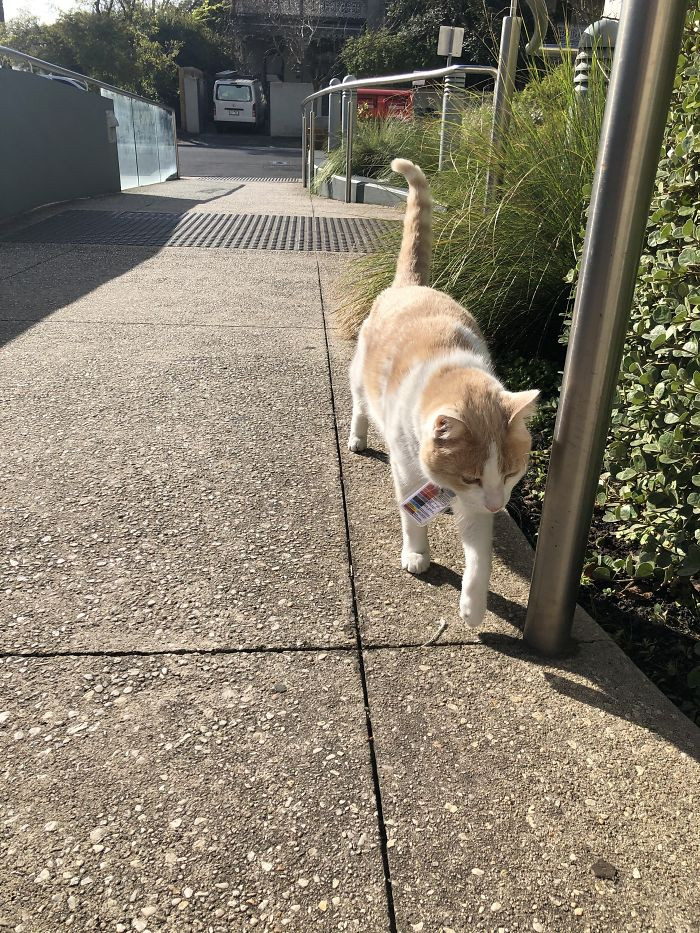 So our little Elwood got his own collar and ID badge! He is now an official worker!
“I first noticed his ID badge on him in June. I was actually having a case of the sads that day, but seeing his ID badge turned my whole mood around!” 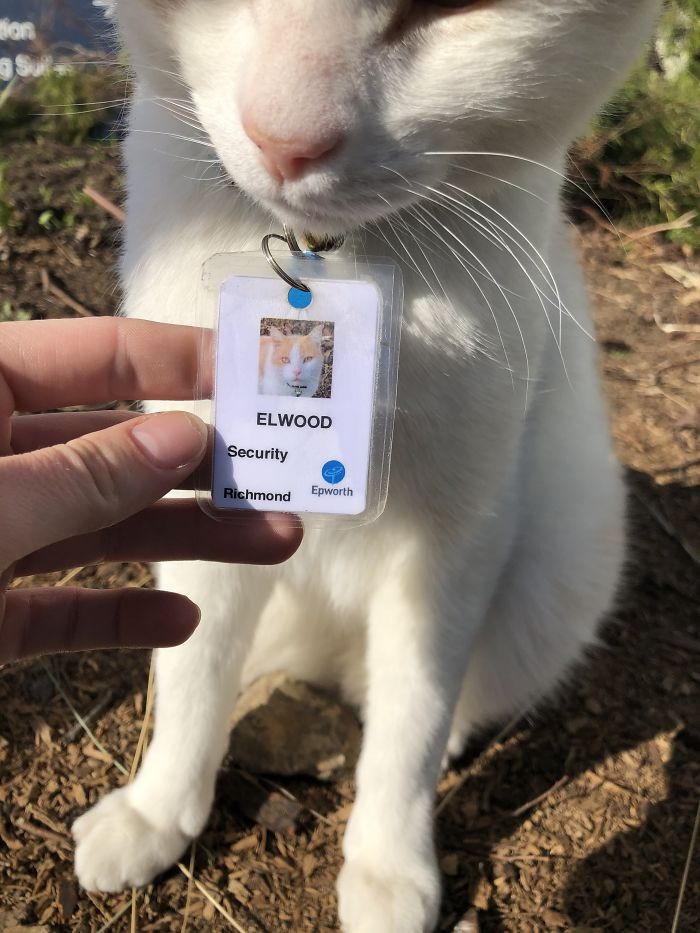 As you can see, he has his own picture on his badge as well! How cute! 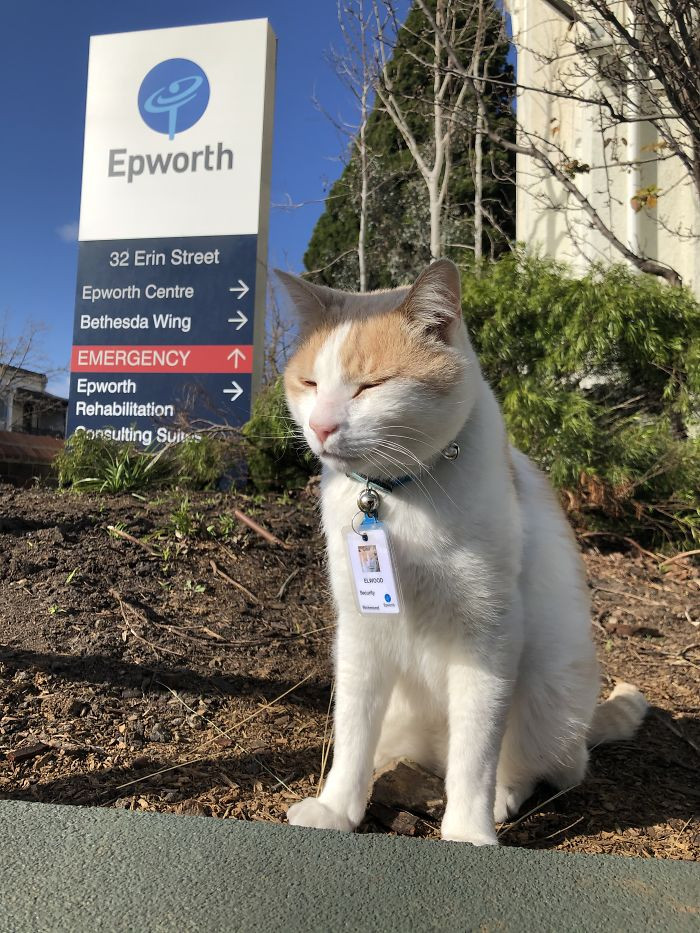 Elwood patrols the hospital and takes his duty very seriously. Everyone in the hospital feels safe when Elwood is around. “He is lovely and friendly, but not overly affectionate. He enjoys a good pat but likes to keep things short and move around a fair bit. He is on the security team, after all, has to make sure everyone coming and going gets checked,” 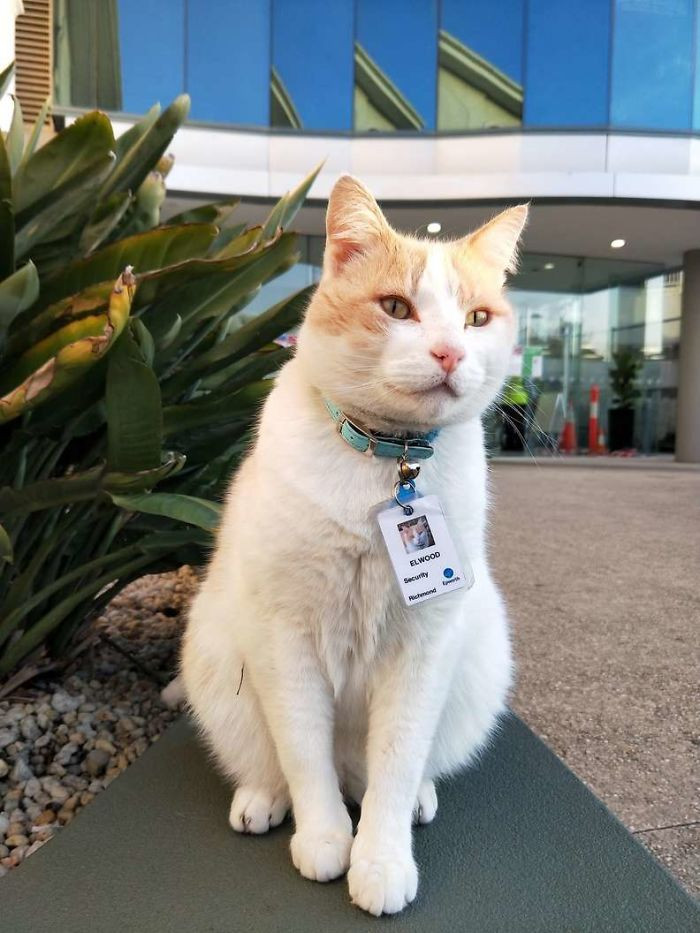 Elwood lives pretty close by, just across the street from the hospital.
“He’s never really tried to get into the hospital, I think he’s too small to activate the automatic doors anyway. There is a kidney dish from the hospital that someone has turned into a water bowl for him.”

Do you think anyone can take on this tough guy? Is the hospital safe with him around? Share your thoughts with us in the comments below.