The myth about dogs being the most loyal got debunked by cats.

Cats are known for their independence. They are fierce and very mischievous. You cannot predict their movement and behavior, they totally follow a random walk. Cats shift moods a thousand times in a single day and the shifts can be both lovely and scary. What cats are not known for is their loyalty. Apparently, they don’t care what sort of relationship they have with humans or anyone, if it isn’t in their interest, they will move forward to something new. Moving on is nothing to them. Bit, and there will always be a big fat but.

I totally disagree with this theory. I believe cats to be very loyal. They fully care about those with who they love and have formed a connection. Yes, they are mischievous and have their own way of showing trust and confidence and that uniqueness is what all the cat loversa of the world love about cats. Cats are tied up with dogs as the most adopted animal in the world, so there has to be something everyone is tilted towards. One of those factors is loyalty and we are about to prove it to you from the words of cat owners themselves.

Here are 17 times cats proved to be as loyal as dogs. Scroll down below to witness some rarity.

1. “My cat doesn’t like to cuddle. But when my daughter came home after being in the hospital, he slept on her pillow for 3 days.” 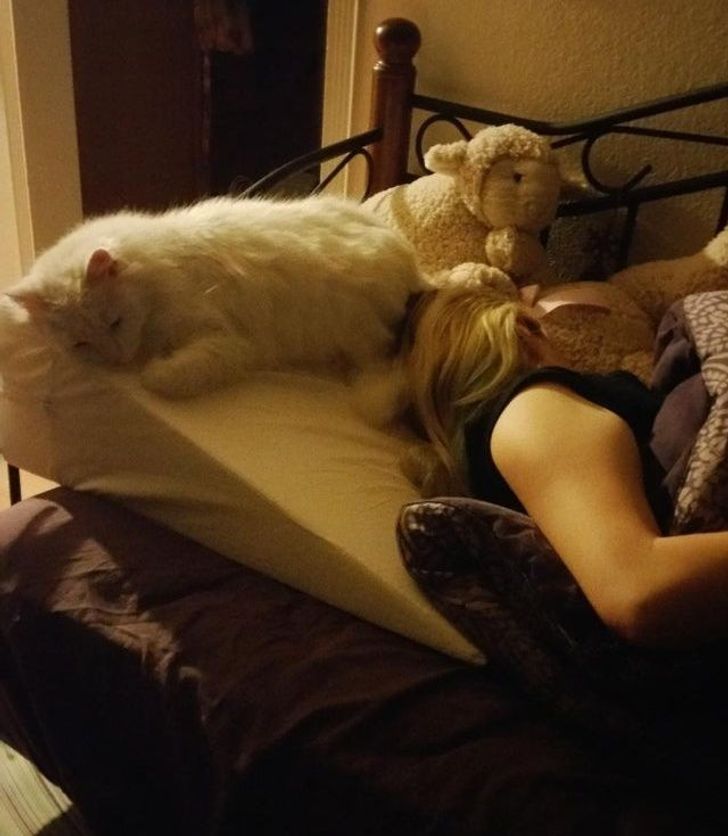 2. “My boyfriend took this picture 10 minutes after I left for work.” 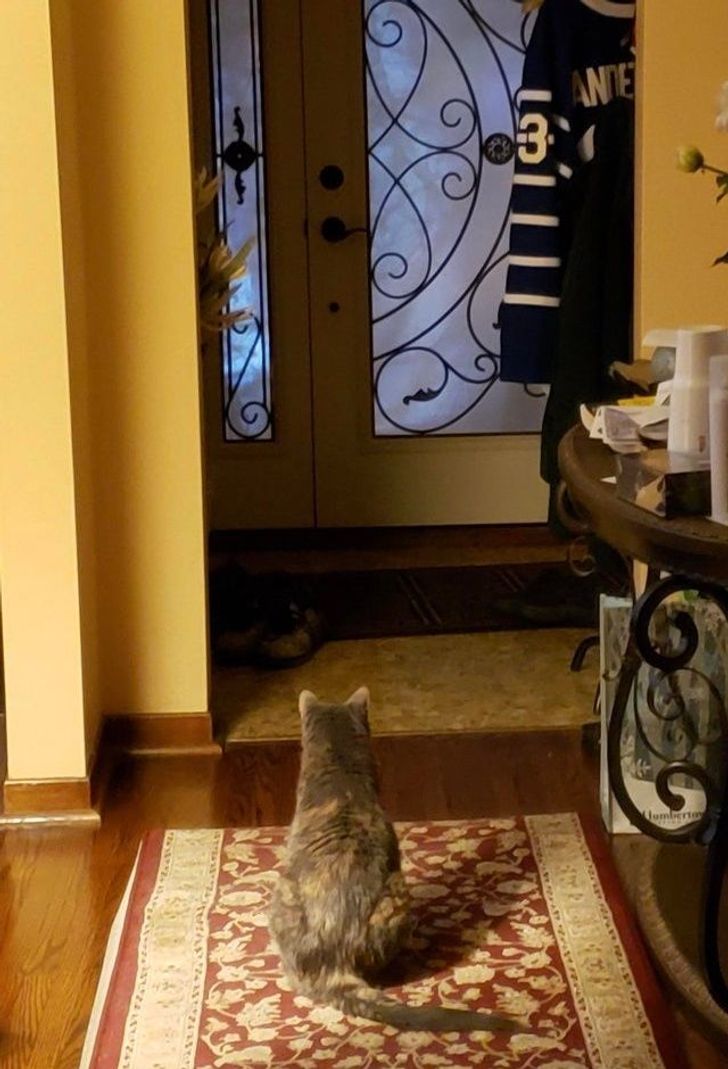 3. “This is the view we come home to every day. Not sure how long they wait, but they are there side by side as always” 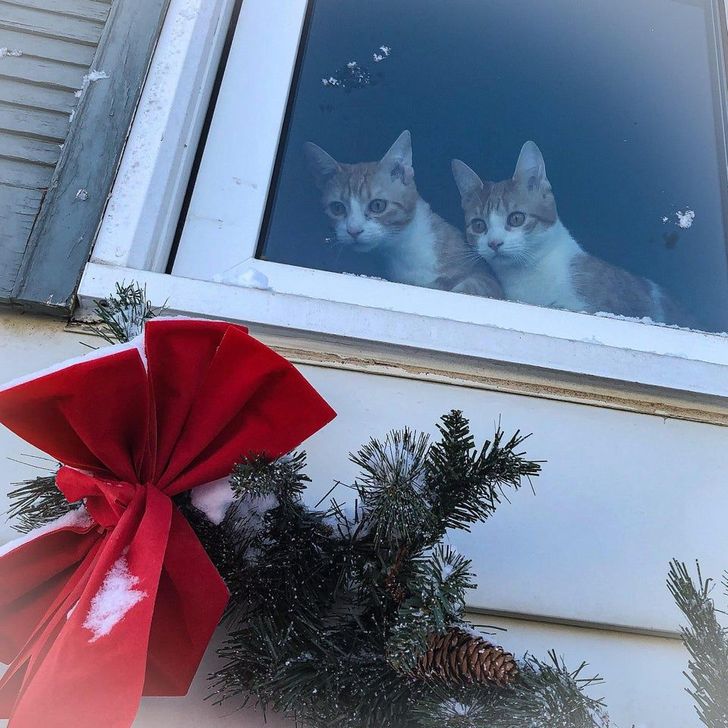 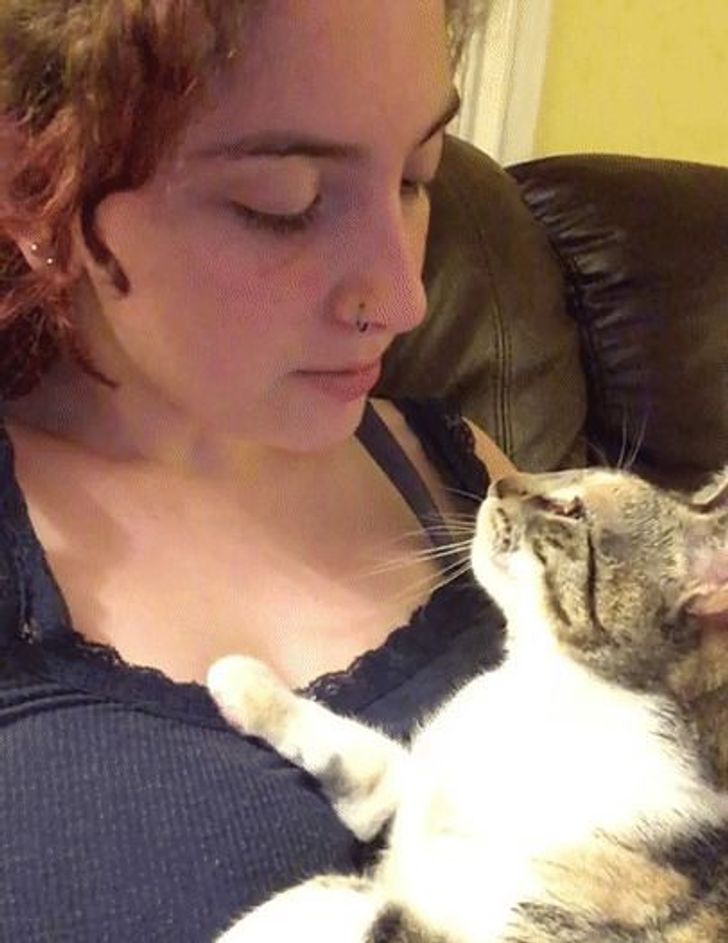 5. “The moment she became a daddy’s girl” 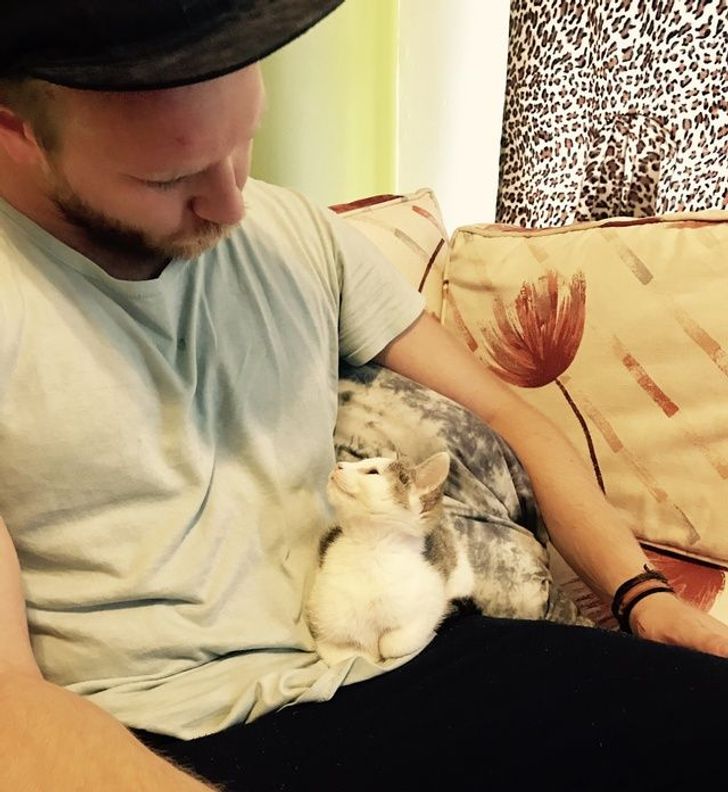 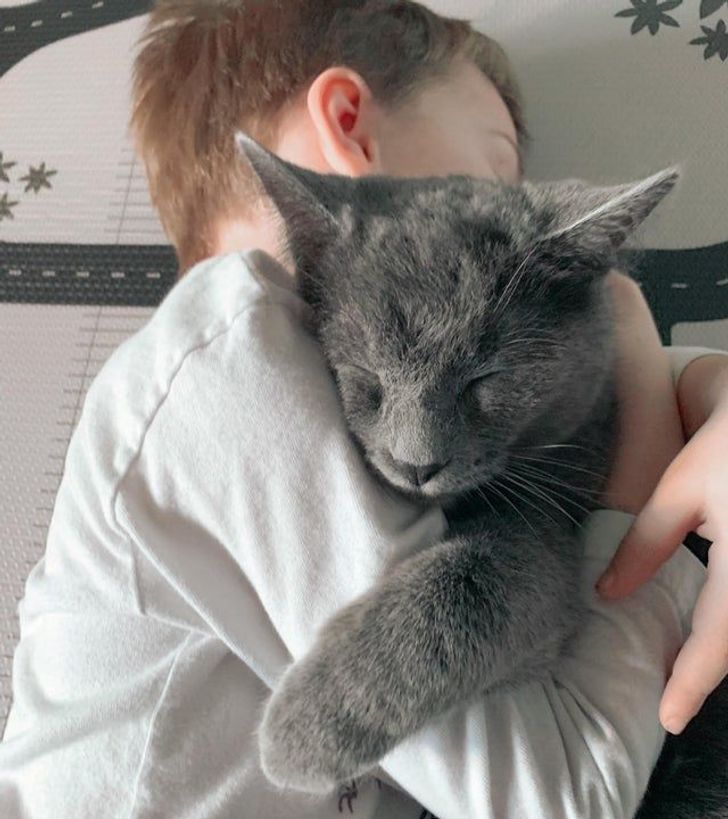 7. “My cat came for a cuddle and gave me a reason to smile.” 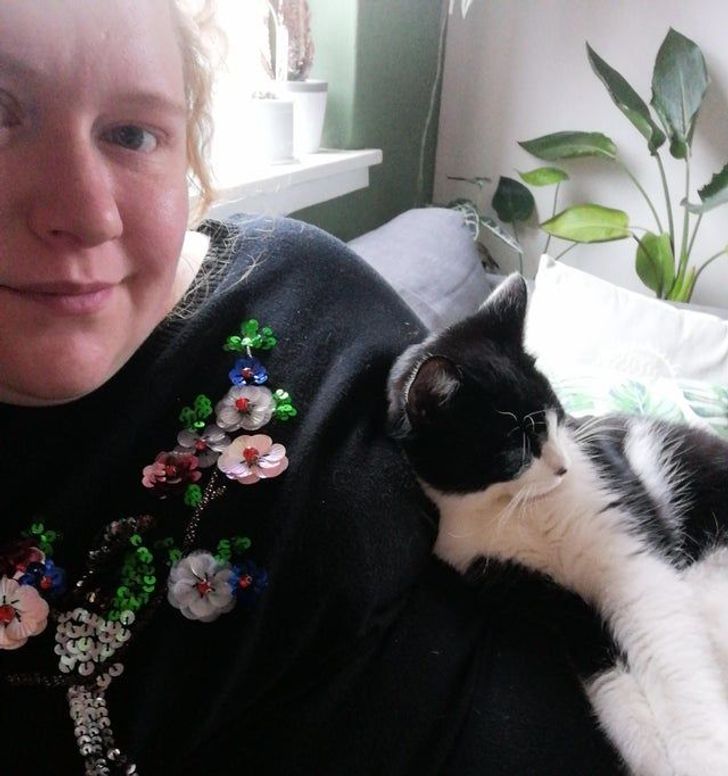 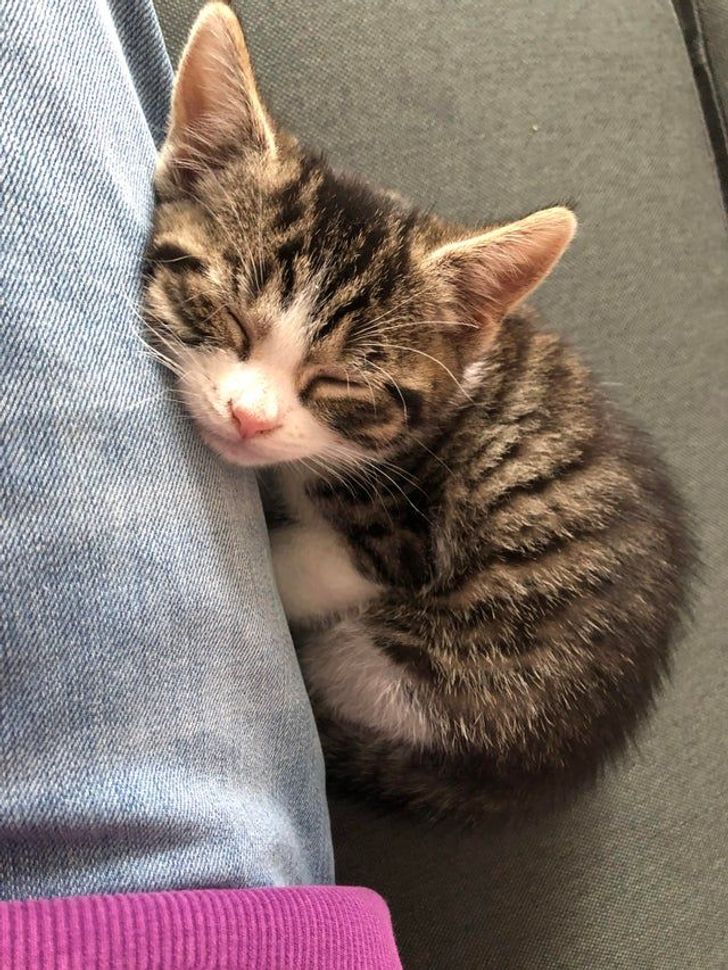 9. “Milly and me giving morning kisses” 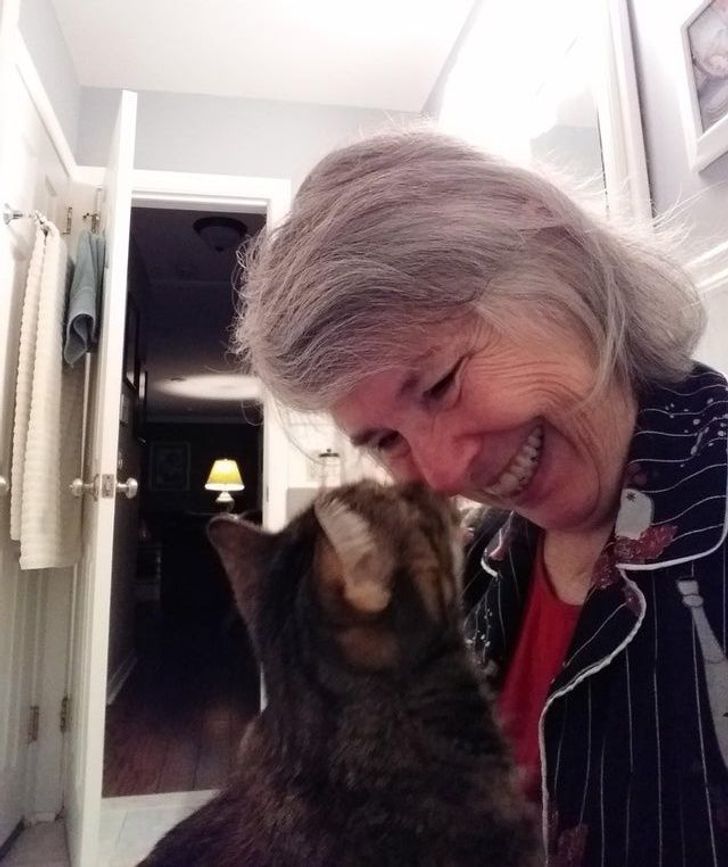 I am sure by the time you guys reach the end, these cats would have converted you into loving them deeply, solely by the level of loyalty that they show. Maybe it isn’t as easy for cats to trust as it is for dogs. Cat owners need to be patient with them and see the magic.

10. “This is my cat, Kiki. I have a lot of nightmares that make it difficult to sleep. But every time I do, she goes right to my side and sits there all night to make sure I’m okay.” 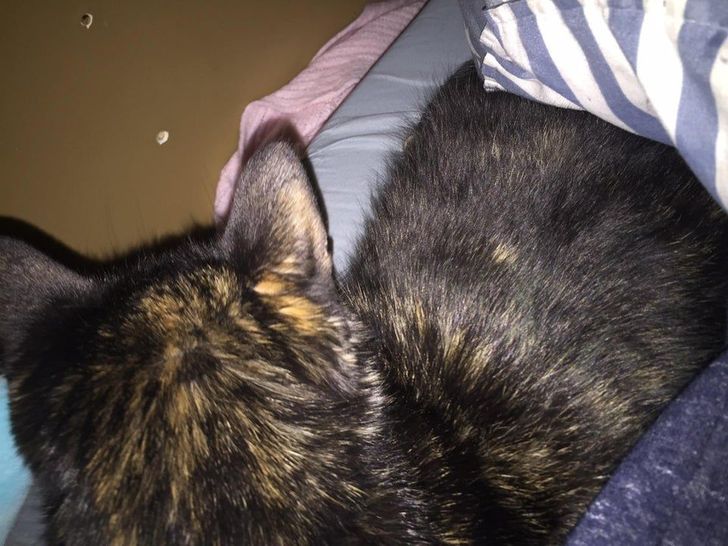 11. “Hadn’t seen my little angel in over a year and was worried she’d have forgotten me. Instead, she was the snuggliest she had ever been!” 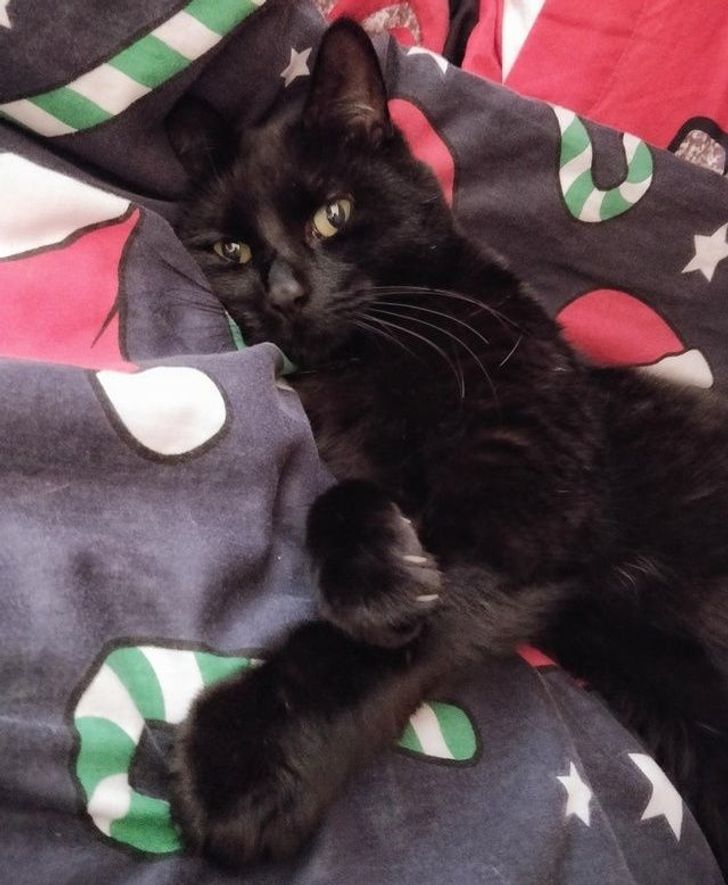 12. “I rescued a cat in 2020 that had been at the shelter for 11 years. They were worried she would be antisocial and not adapt to a home well after spending so long in a cage, but she’s doing OK.” 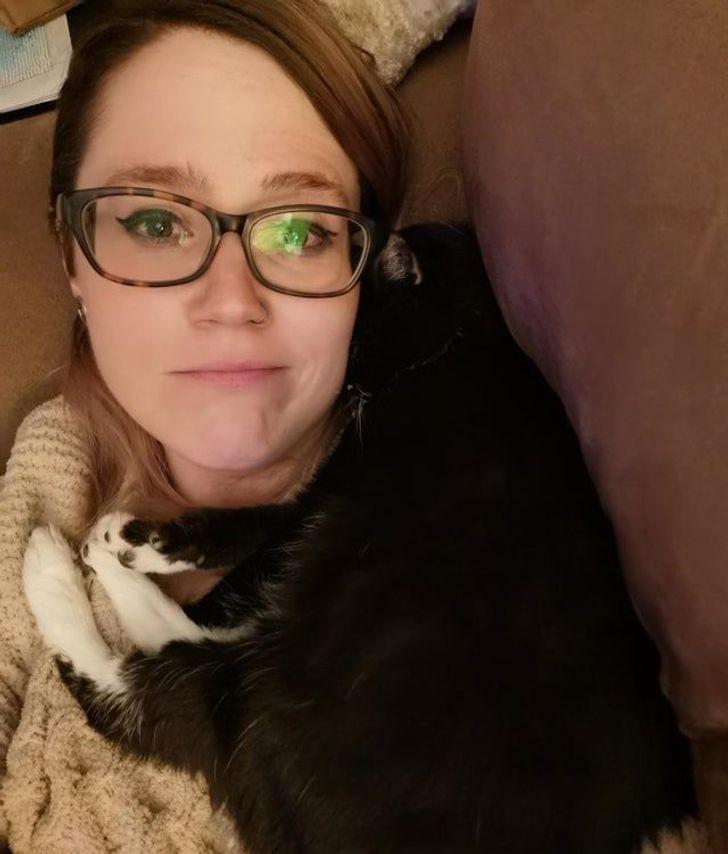 13. “Get yourself someone that looks at you the way my cat looks at my husband!” 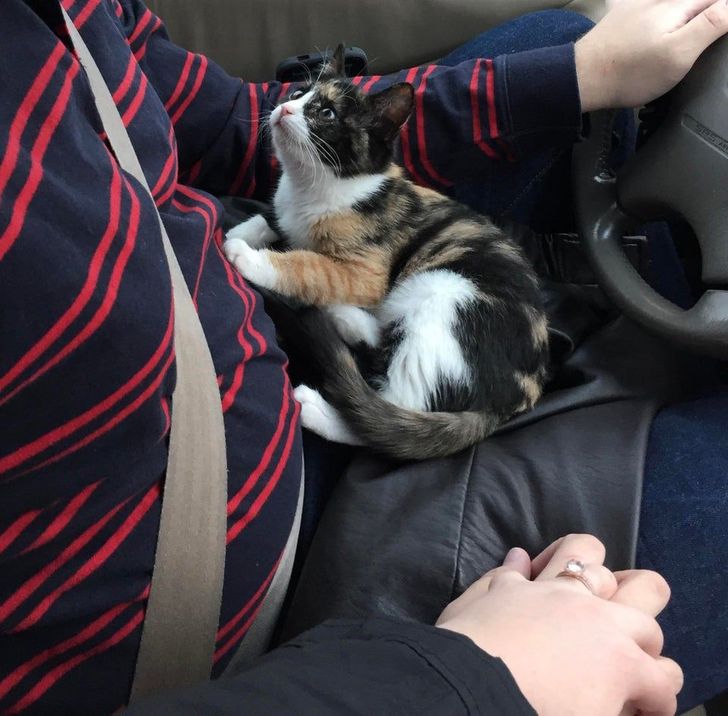 14. “I just want to say, I love my cat. She meets me at the door every day when I come home from work for a big hug and then cuddles up in my lap to watch movies and just be with me. I wake up nearly every morning with her cuddled up to me and I don’t know what I did to deserve this kind of unconditional love.”” 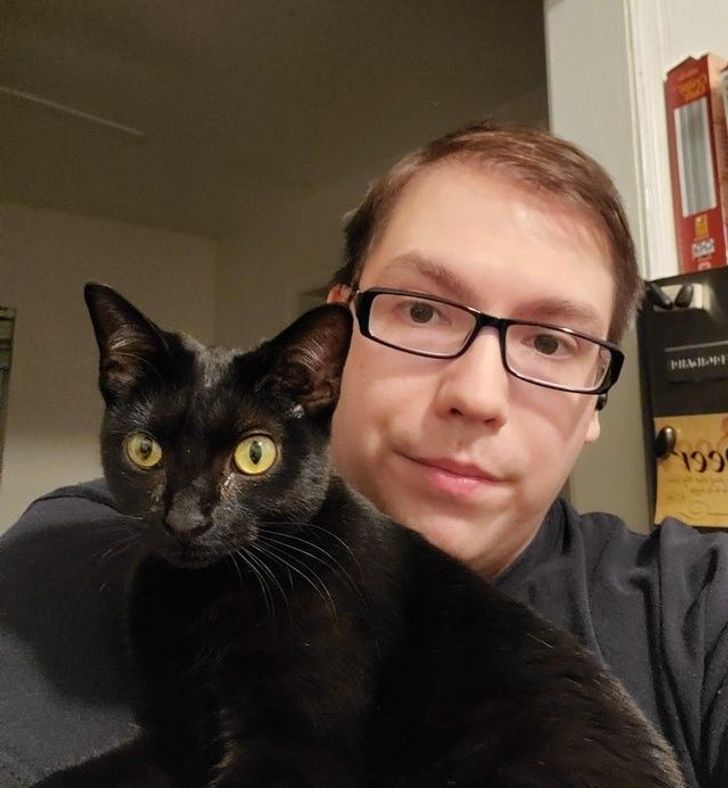 15. “This is Max. I adopted him yesterday. He spent nearly 4 hours in my lap this morning napping off and on and cried when I tried to put him down.” 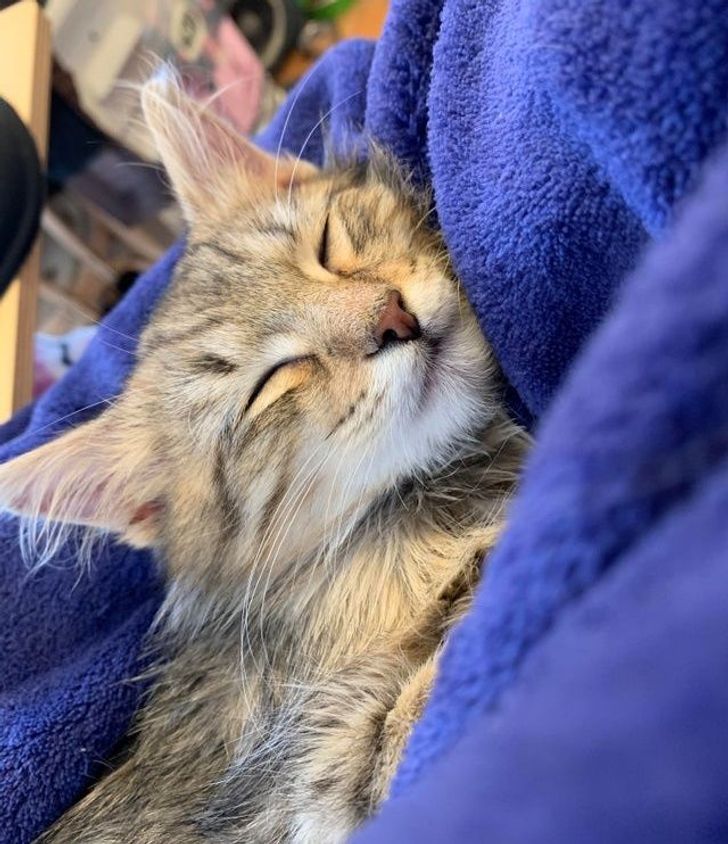 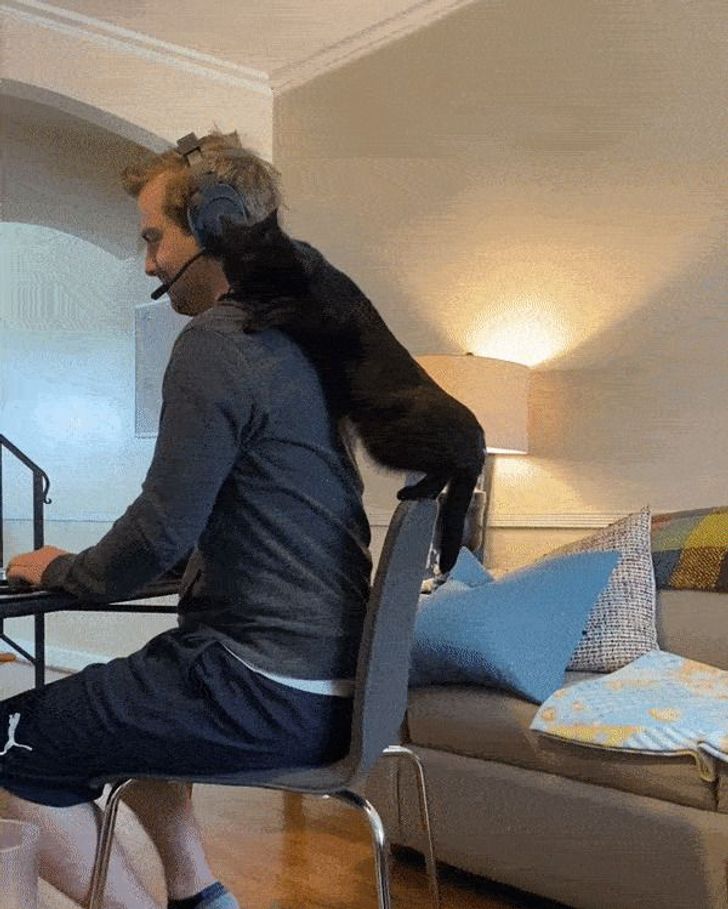 17. “My cat is so in love with my girlfriend that it is not even bothering trying to destroy the Christmas tree.” 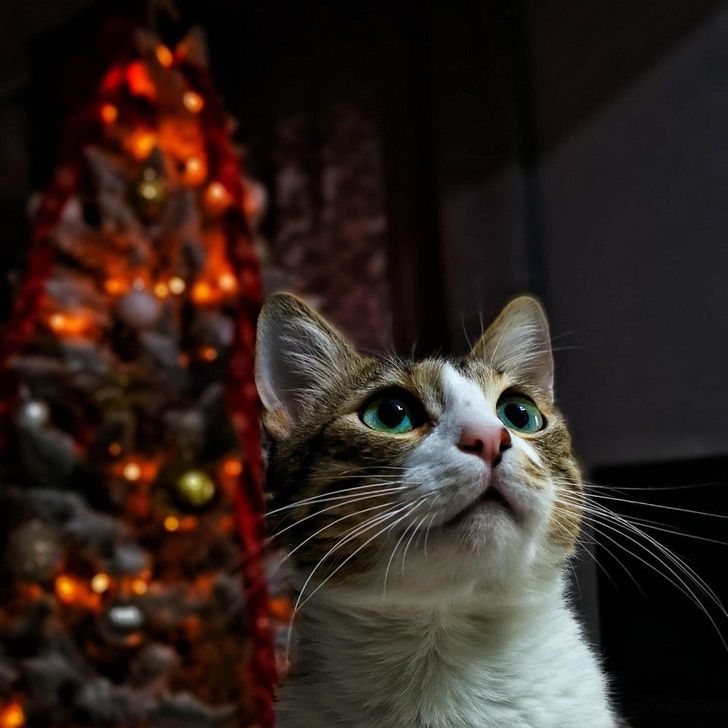 I hope you guys enjoyed it. Don’t forget to share your thoughts in the comments section down below. Are you a cat owner? Share your loyalty story with us.